Annette Meech graduated from the Royal College of Art in 1972 and started her working life at the Old Glasshouse in Covent Garden, London. This is a very early piece of Annette's work from that period - signed 'Annette Meech 1973' made just the year after she graduated. The brown/milky effect to this goblet was created using silver chloride. Annette Meech is particularly well-known for designing the iconic 'Apollo' and other glassware for Ravenhead. In 1999 she moved her glassworks to France (Sivignon) where she continues to produce beautiful hand made art glass.

'Apollo' series glasses for Ravenhead in 1974: 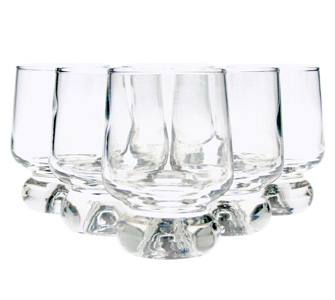 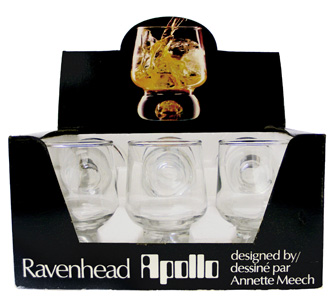 Interestingly, in the summer of 1977 Annette Meech visited the Holmegaard Glassworks and created some limited run 'studio' pieces for them, all worked by her.