Tremaen lamp base (Not Rooke)

Hi - Can anyone confirm if this is a Bernard Rooke lampbase? Unfortnately not stamped but neither is the one at the back which Bernard himself helped ID? Any help or pointers gratefully received! Other options are Tremean or Wallwork I suppose. 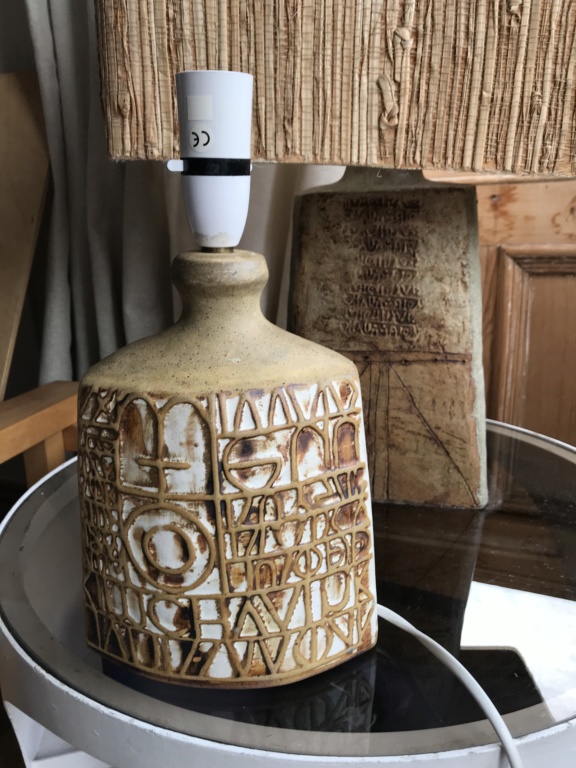 Helps to have a base photo even if there’s no mark.
Louis Hudson is also a possibility.
In such cases I plough through the Rooke and Wallwork threads and try to march the decoration because they often reused the moulds
_________________
Carrot cake is just fake cake

Yes, Louis Hudson would fit looking at the decoration although the glaze is slightly different and the clay is slightly grittier? I'll do a little more digging, even if I could find another item with the same symbols on it would give me a clue.

Slipware Lamp Base - Looks Tremaen but not on the site

Looks like a standard Tremaen form but the pattern is not on the comprehensive site below.

Oddly the glaze has contracted in places as shown, which is odd and I wonder if it was applied post firing? 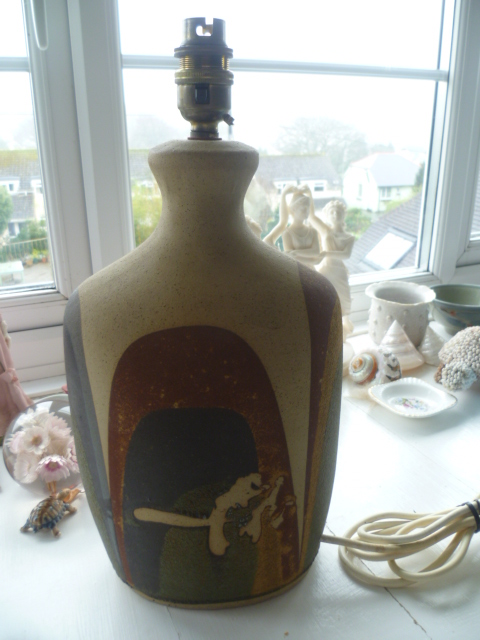 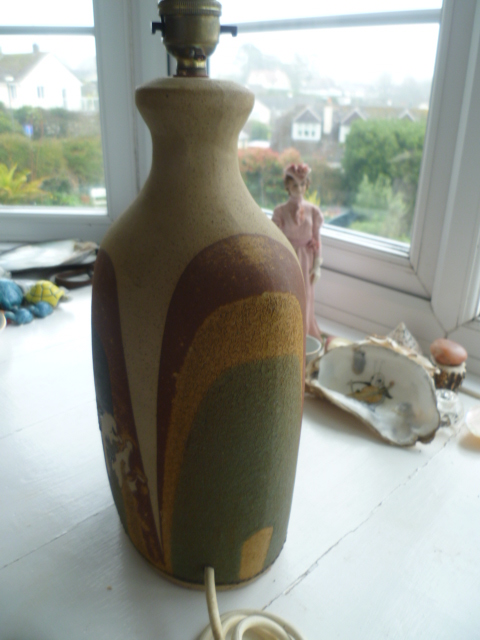 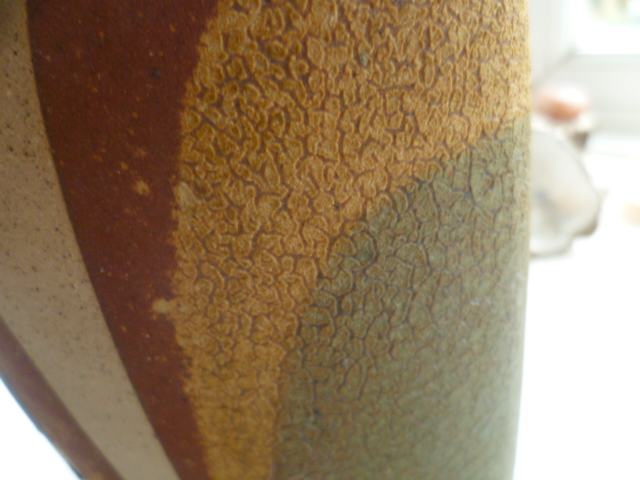 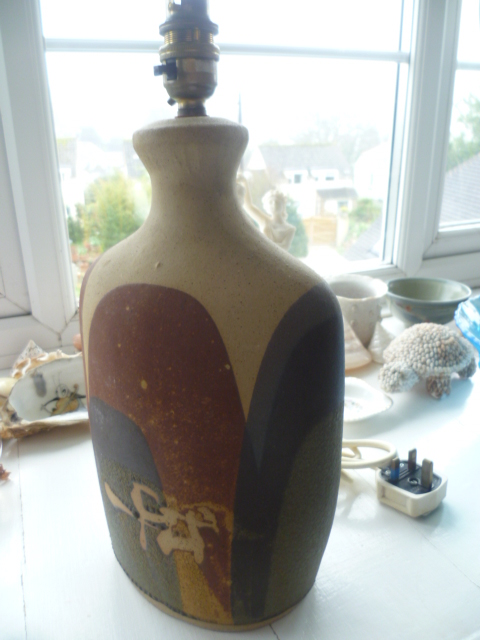 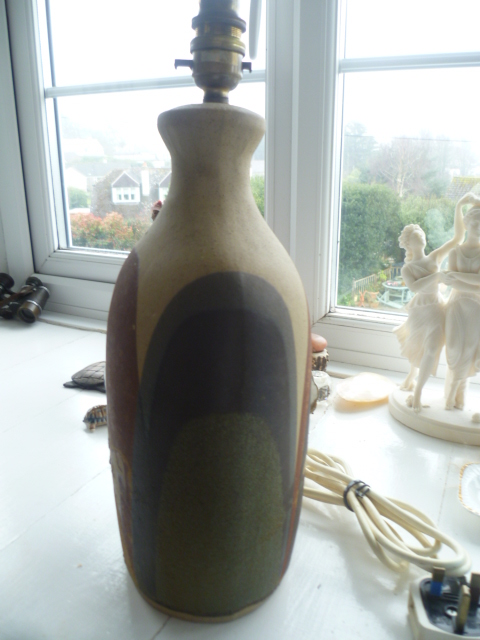 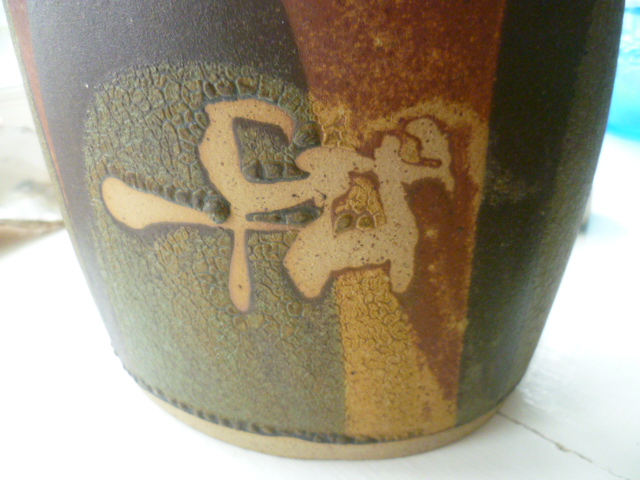 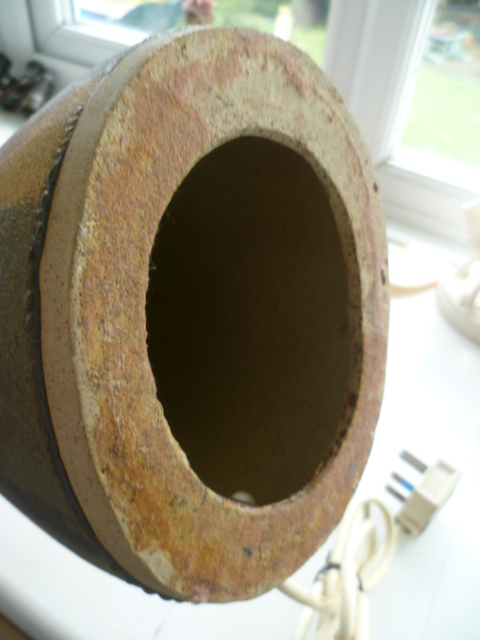 Pretty sure it is. The shape, decoration, and the brown felt on the base
are all typical of Tremaen.

Agreed. Slighty atypical decoration and texture but would be very surprised if it wasn't Tremaen.

Just wanted to describe it properly on eBay and I’m not that well up on Cornish pottery.
I would have thought, looking at it that it’s Tremar but there’s one on Worthpoint described definitely as Tremaen, Peter Ellery.
Then I looked on eBay and there’s more lamp bases on there that I would have thought were Tremar that are described as Tremaen.
What do you think. No mark. 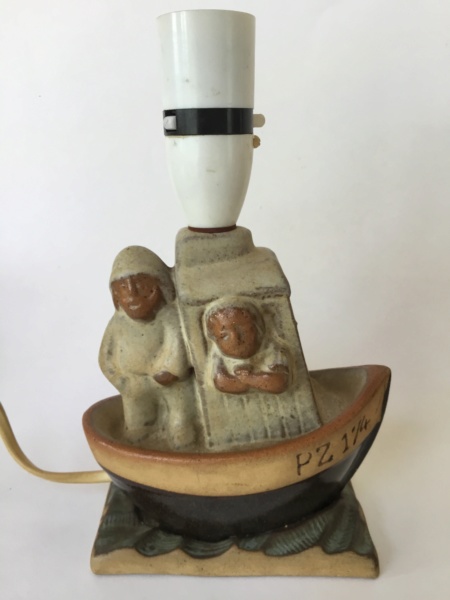 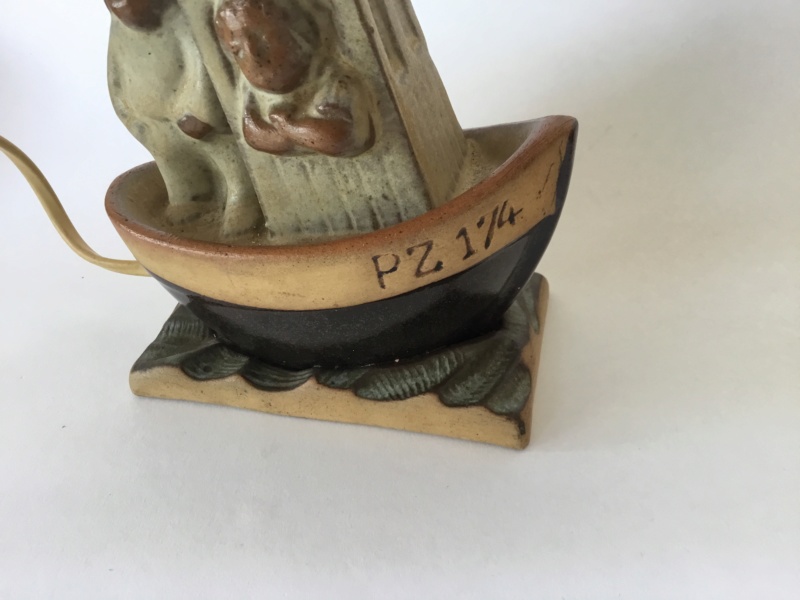 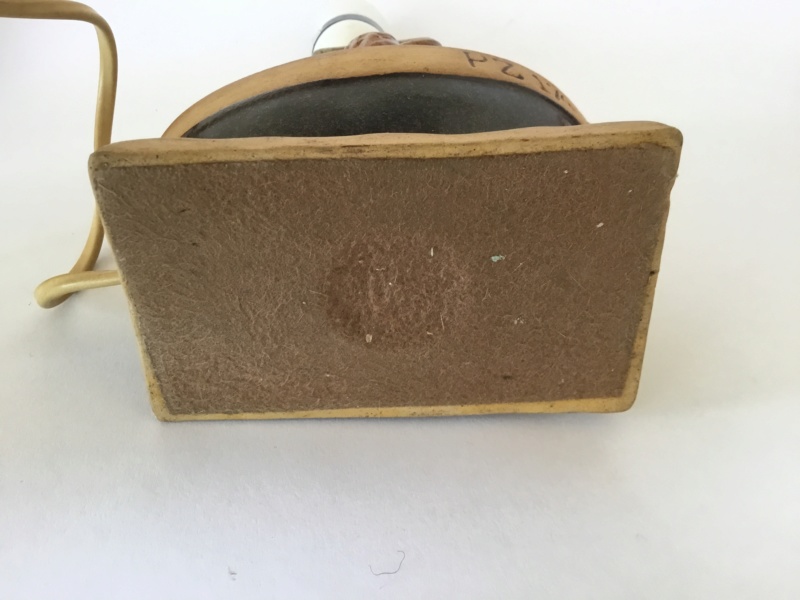