Picked up this lovely bowl, it's stamped Martin 2006, there is all so a spider/squiggly stamp near potters name on the base. Any input to whether it's a first or surname and anyone recognise the potter and style in more detail, thanks. 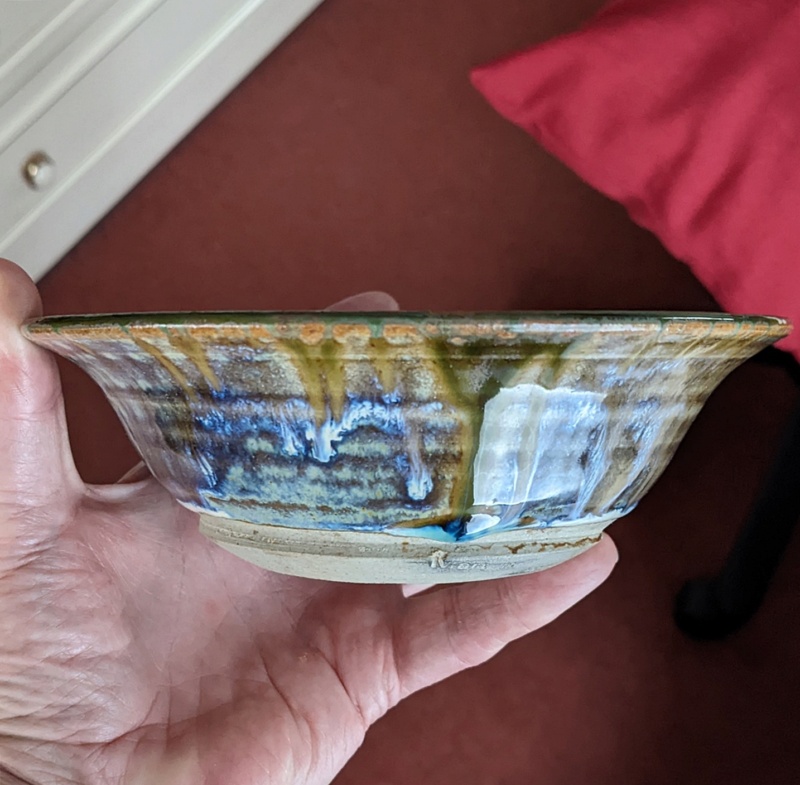 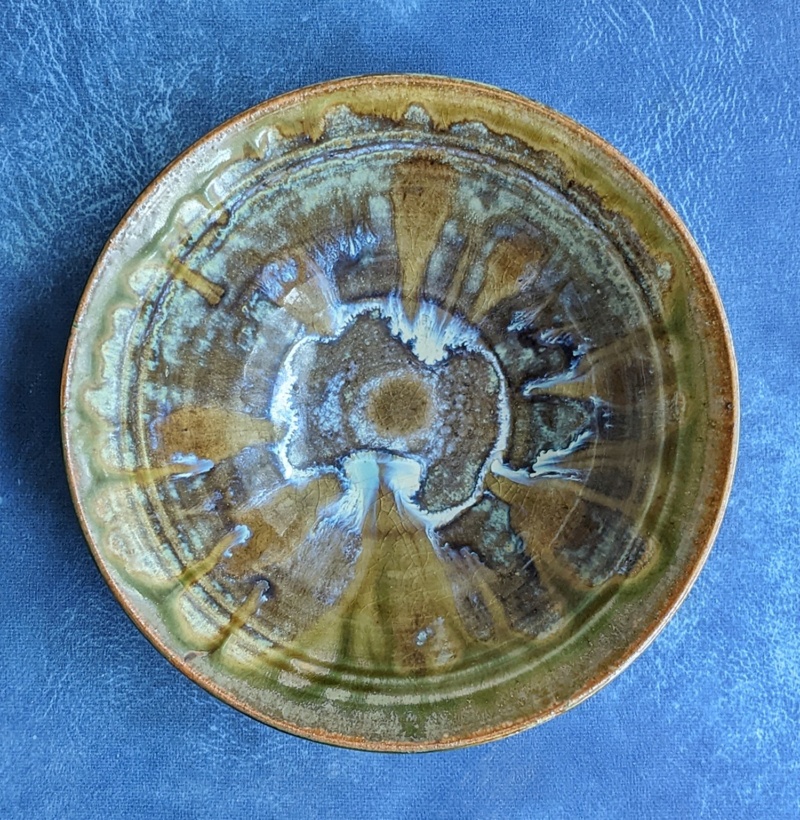 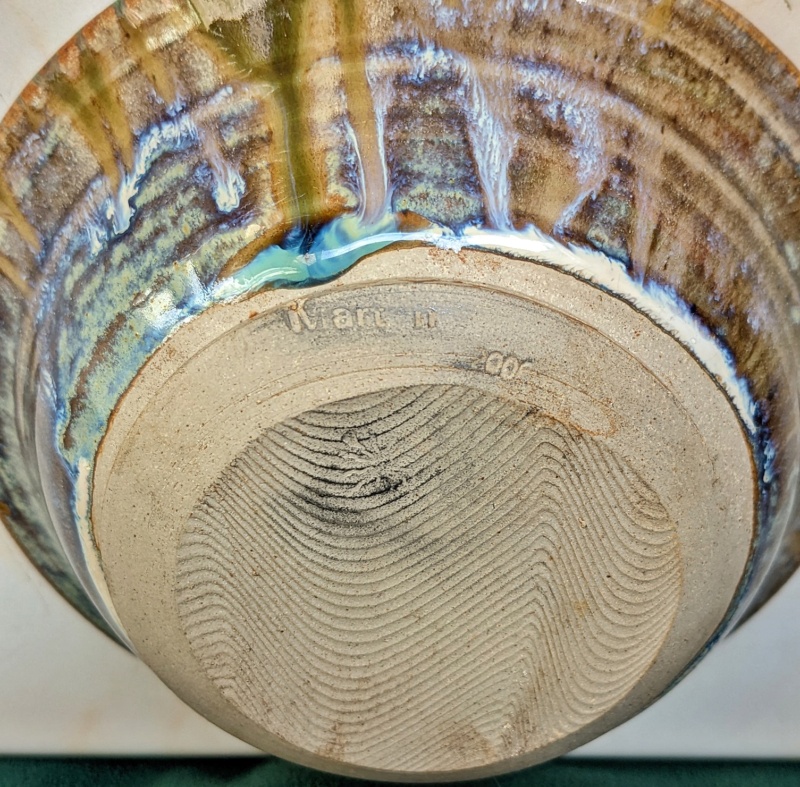 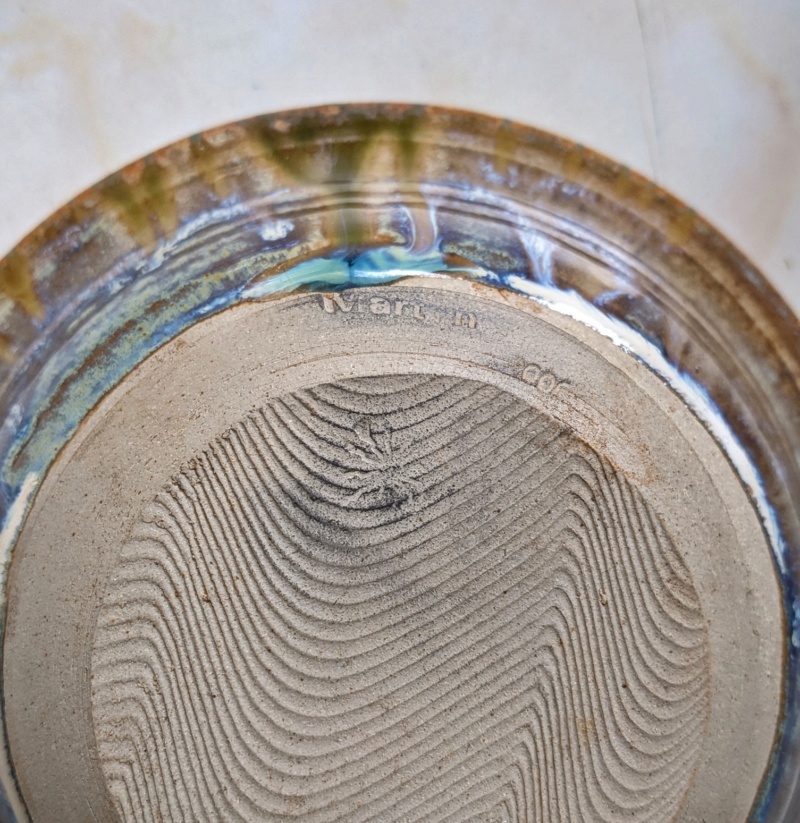 Made at Clive Pearson's Hartland Pottery, but 'Martin' is unknown. Presumably an employee or trainee. 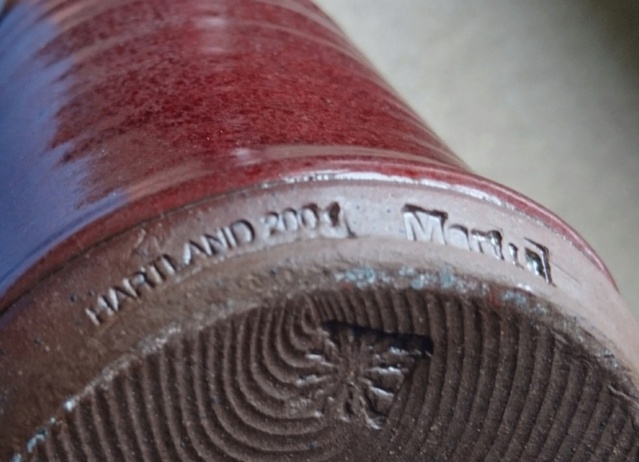 NaomiM wrote:Made at Clive Pearson's Hartland Pottery, but 'Martin' is unknown. Presumably an employee or trainee.

What is the stamped square symbol, is it to do with the name Hartland?

Close enough I would say, lovely bowl had to have it, thanks again NM.

NaomiM wrote:Sarah Jane Lander still pots in Hartland - at The No. 39 Pottery. She may know

NaomiM wrote:Sarah Jane Lander still pots in Hartland - at The No. 39 Pottery. She may know

She has the Calf Street Pottery now at 37 Fore St, Hartland EX39 6BE Bideford. https://www.facebook.com/Calfstreet.

NaomiM wrote:She's at the same place but now calls it No.39 Pottery

Just had a reply back from Sarah Lander below. Sadly no Surname as yet.

Hi, Martin was his first name but I don't know his surname. Hartland Pottery was owned by Clive Pearson and he also owned Clovelly Pottery company. He had people producing his pottery from Hartland for many years I worked there from 1993 until 2003. Martin took over from about 2004 until it closed about 2007 ish.
Don't know what Martin is doing but Clive is still producing this chun glaze for Clovelly Pottery.
Hope this is of some help.
Regards, Sarah.