A nice teaset clearly stamped Dewar - but I can’t find this as an park used by Richard Dewar and the style doesn’t match the much more free form pieces of his I have. Is this another Dewar, or maybe an unrecorded mark? 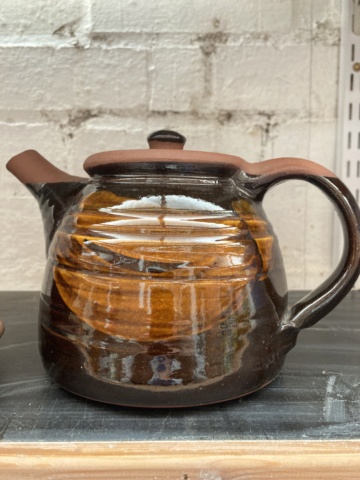 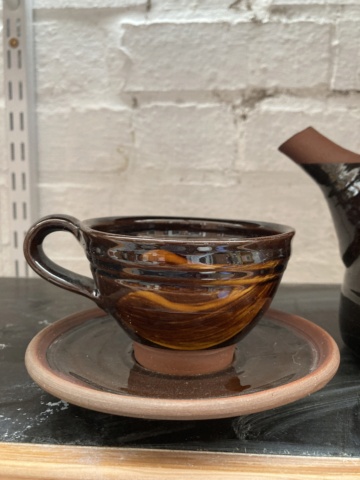 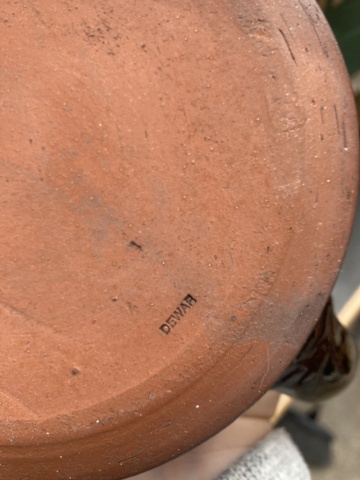 Richard Dewar was one of that group of potters who came out of Harrow in the 70's like Jane Hamlyn that specialised in Salt Glaze. But he also did teapots early in his career. But as you say, that is not recognised mark of his. But that does not mean to say that it is not one of his, as not all the different marks that potters used are fully catalogued. He emigrated to France in 1979

Thanks Philpot - my suspicion is that it is an early set by him, I’ll keep looking out for the same mark (it’s amazing how often a mark I’ve never seen before pops up several times in quick succession!)