I have a red glaze Fosters pottery small bud vase.
Is there a way to find out the collection or maker please?
Thank you 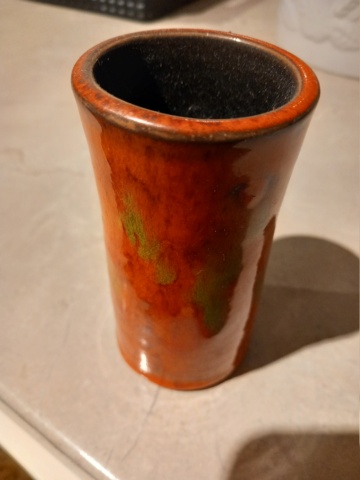 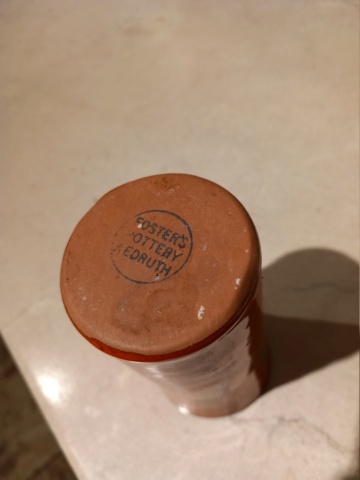 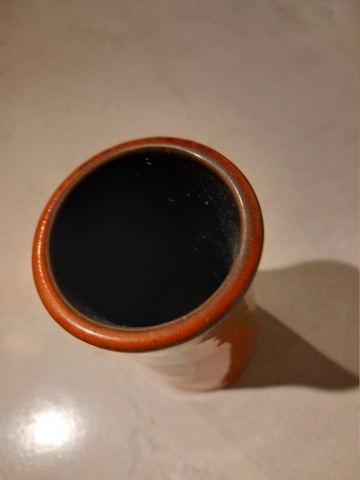 FOSTERS POTTERY
Fosters Pottery was set up by the Foster Brothers in the late fifties, early sixties. Originally based in Redruth, on the site were the Tesco petrol filling station now stands, it employed approximately fifty people in it's hay day. The pottery was renowned for it's distinctive brown honeycomb glaze. The honeycomb glaze was used in a variety of colours, on many pieces of vintage pottery, from coffee sets and pots to collectable seal ornaments and fish gurgle or glug glug jugs. In the mid-nineties, it moved to Wilson Way in Pool, near Redruth where it ran under different management. One of the brothers, Reg Foster opened Kernewek Pottery near Perranporth. Kernewek sadly had a fire in the kiln room in 1995 which destroyed the facilities. They operated as a shop until 2005 when they closed.

Thank you Naomi.
Do you think it is worth holding onto this piece or selling it on with a couple of other similar pieces?

No problem. Thanks for your help.