I'm not quite sure about this, I thought the closest was Jacqui Roche. The description in the book seems to match "Thrown domestic vessels in white earthenware" but I can't find a picture of her work. Could anyone tell me if I'm on the right track?

It's not quite dry yet from it's bath. 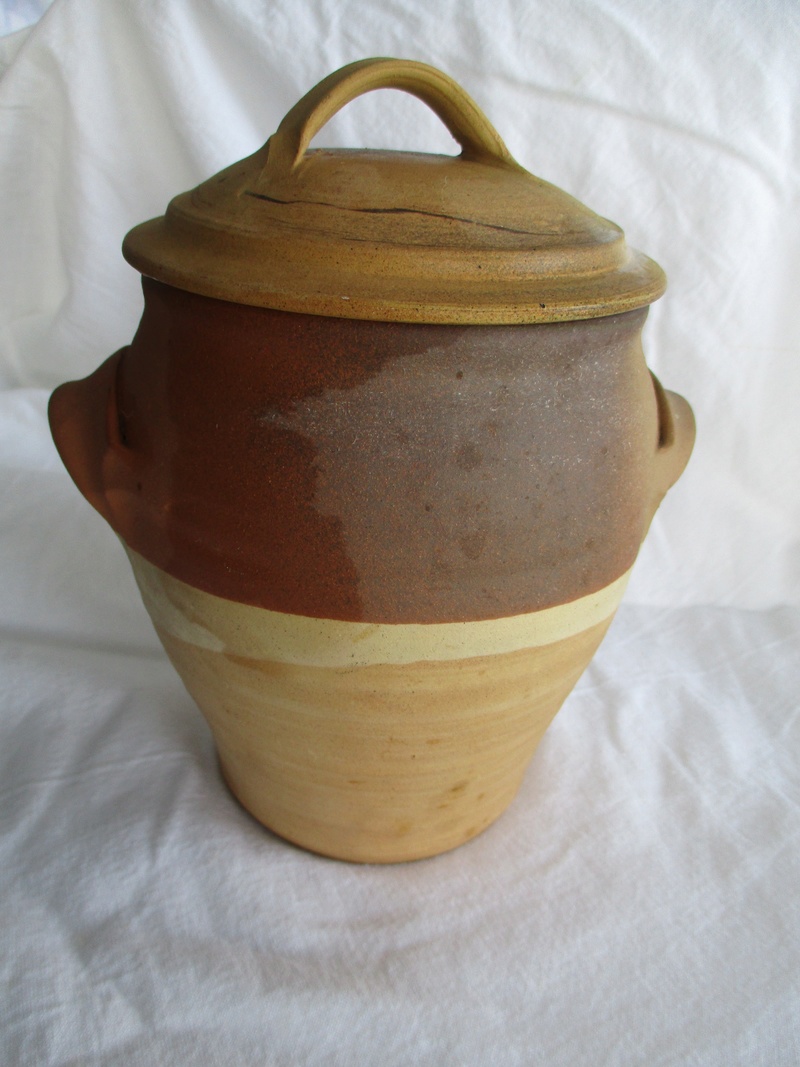 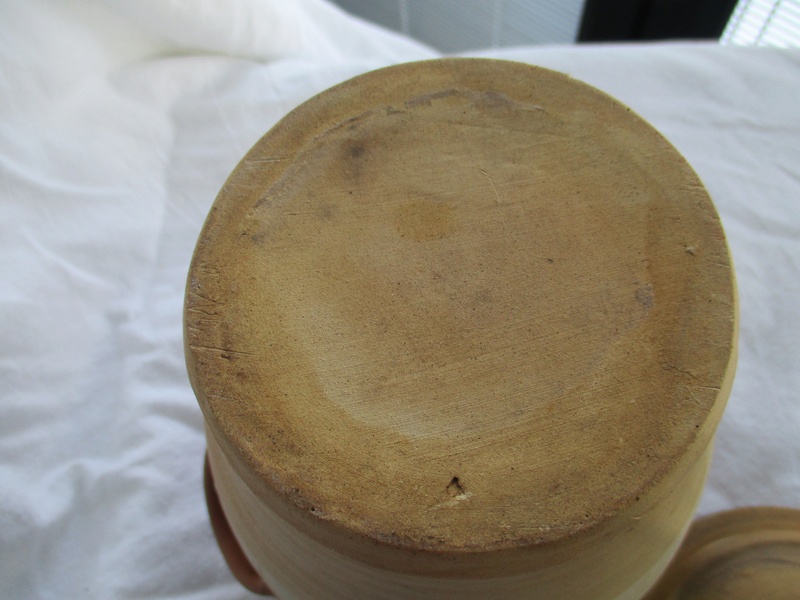 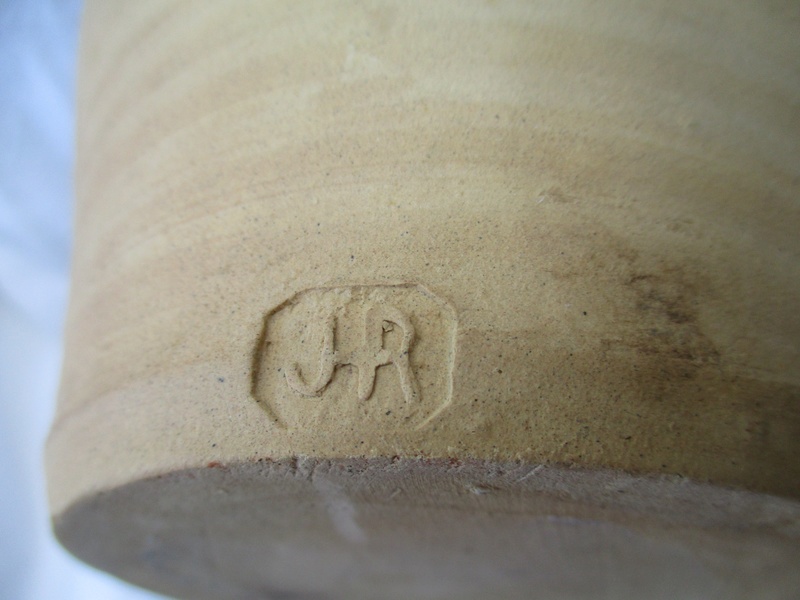 I see the JHR now, and I think you're right too. It's one of those times you just need someone else to take a look.

I'm not too sure about the Ablett mark either NaomiM, although just an opinion based on the representation in the BSP Marks book...

Could I have help with this please. I think it's JHR 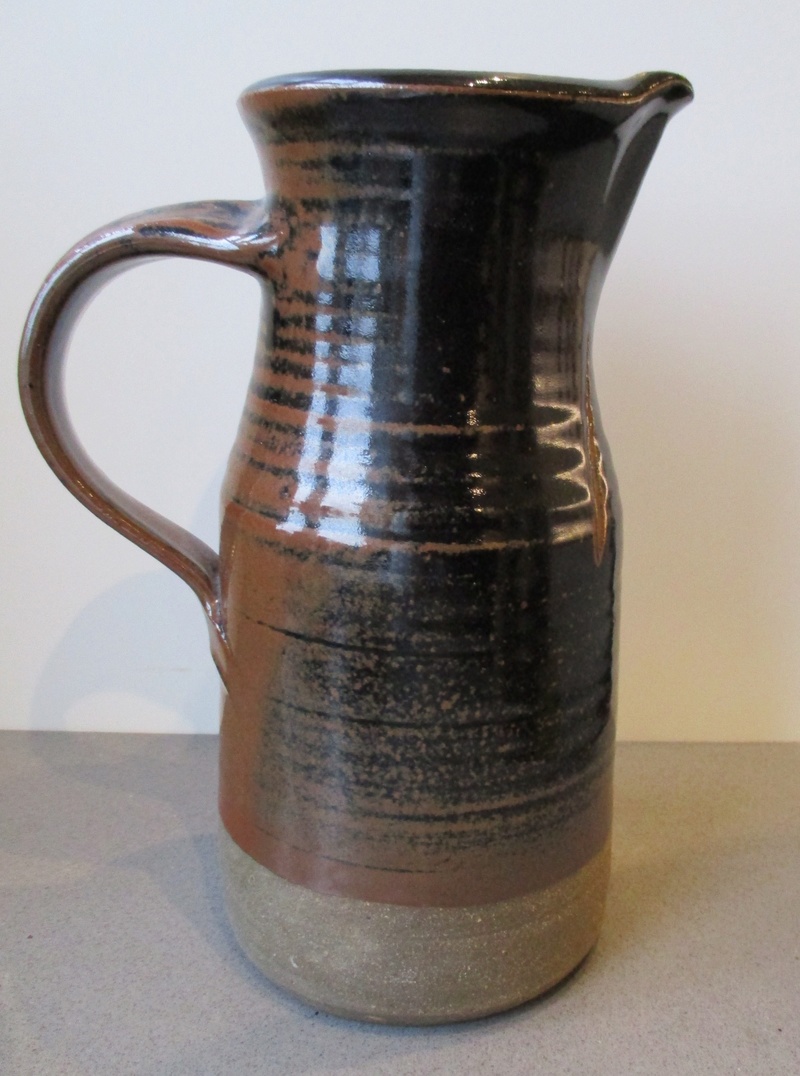 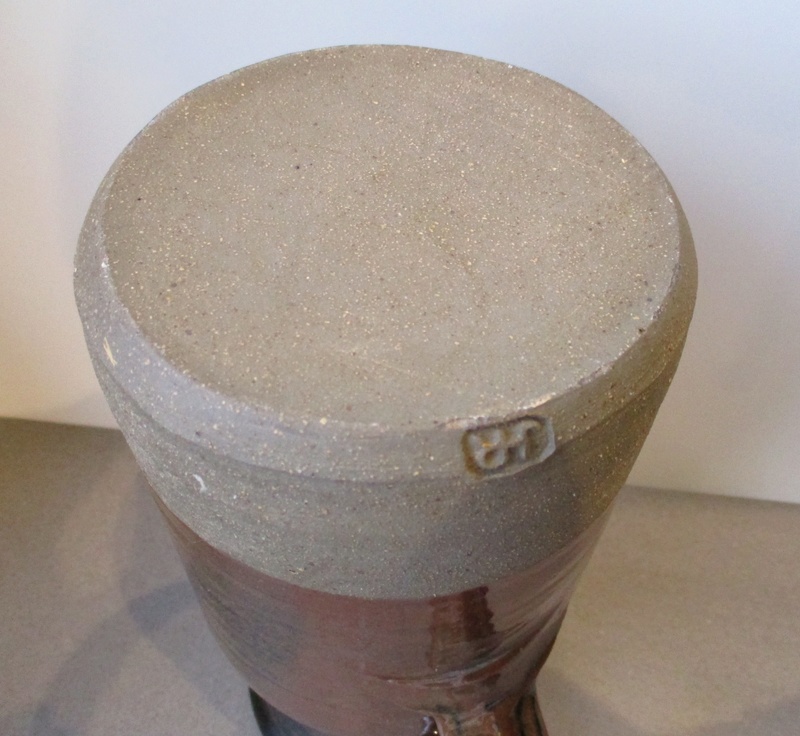 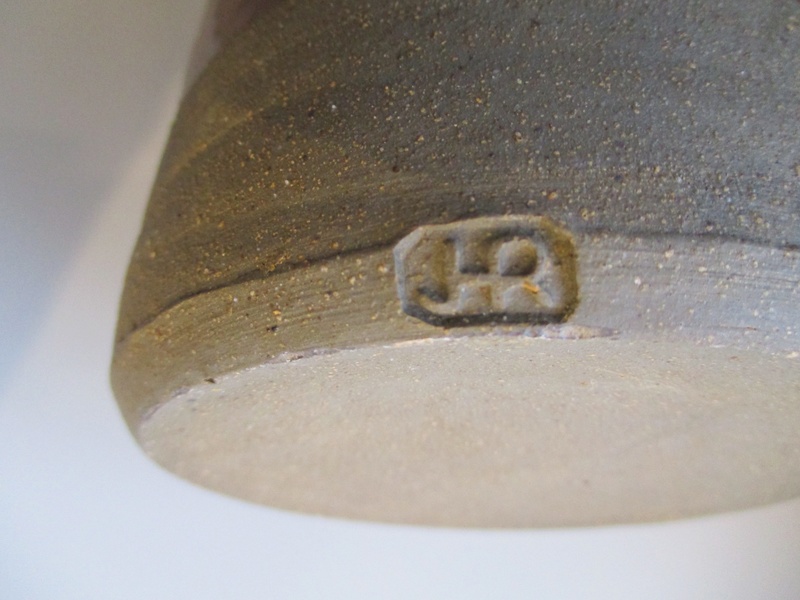 by Jane and Robin Hansell. Robin was Head of Art at Macclesfield College of Art, Peak District
_________________
Carrot cake is just fake cake

I knew Robin Hansell at Southampton College of Art, in 1967-69; he was a painter then. I met Robin and Jane briefly at the Craft North Gallery in Keswick in the 1980s.
This newsletter from the Friends of West Norwood Cemetery in January 2010 (https://www.fownc.org/pdf/newsletter67.pdf) carries the following article:
" In 1973, Robin Hansell, then a resident of West Norwood studying ceramics at Camberwell College of Art, used images from West Norwood Cemetery for his final degree show. He had long been interested in cemeteries, finding that a lot of information can be gleaned from studying the monuments of the dead - especially from the Victorians’ use of very grand features, such as mausolea, which were symbols of their wealth and power. Images of the dead are preserved in the stones, giving insight into the families and individuals who rested there.
Robin was inspired by Norwood and by Nunhead, two very different local cemeteries. He was struck by the contrast between the two: one comparatively well-kept, and the other almost totally overgrown. In West Norwood, the stones were dominant and the area ordered and tended, while in Nunhead nature ad almost taken over; the monuments were obscured and so had become secondary.
The image of Lucy Gallup particularly tied in with Robin’s interest in using photographic
images on ceramic. He took many black-and white photographs in the Cemetery, which he
processed and printed himself. He used silk screen printing to make ceramic transfers and
collaged them onto the glazed high-fired ceramic pieces, which were then re-fired,
making the image permanent as in the original portrait of Lucy Gallup on her stone.
Some 25 pieces were displayed in Robin’s exhibition held at the Ceylon Tea Centre in Regent Street. Background information on the processes and inspiration was included. His exhibition was subsequently featured in articles in Ceramic Review and Craft Magazine, highlighting selected examples of the degree leavers’ year. Following his postgraduate certificate of education year at Goldsmith’s College, Robin taught at Elmwood Pottery and Cumberlow Lodge. He later became Head of Art at Macclesfield College of Art. He now lives in retirement in Ireland, but still has fond memories of many hours spent in West Norwood Cemetery."
There are some small black and white pictures of this work accompanying the article

Hello, can anyone identify the mark on this small cheese dish.
Many thanks for any help, much appreciated.
Pat. 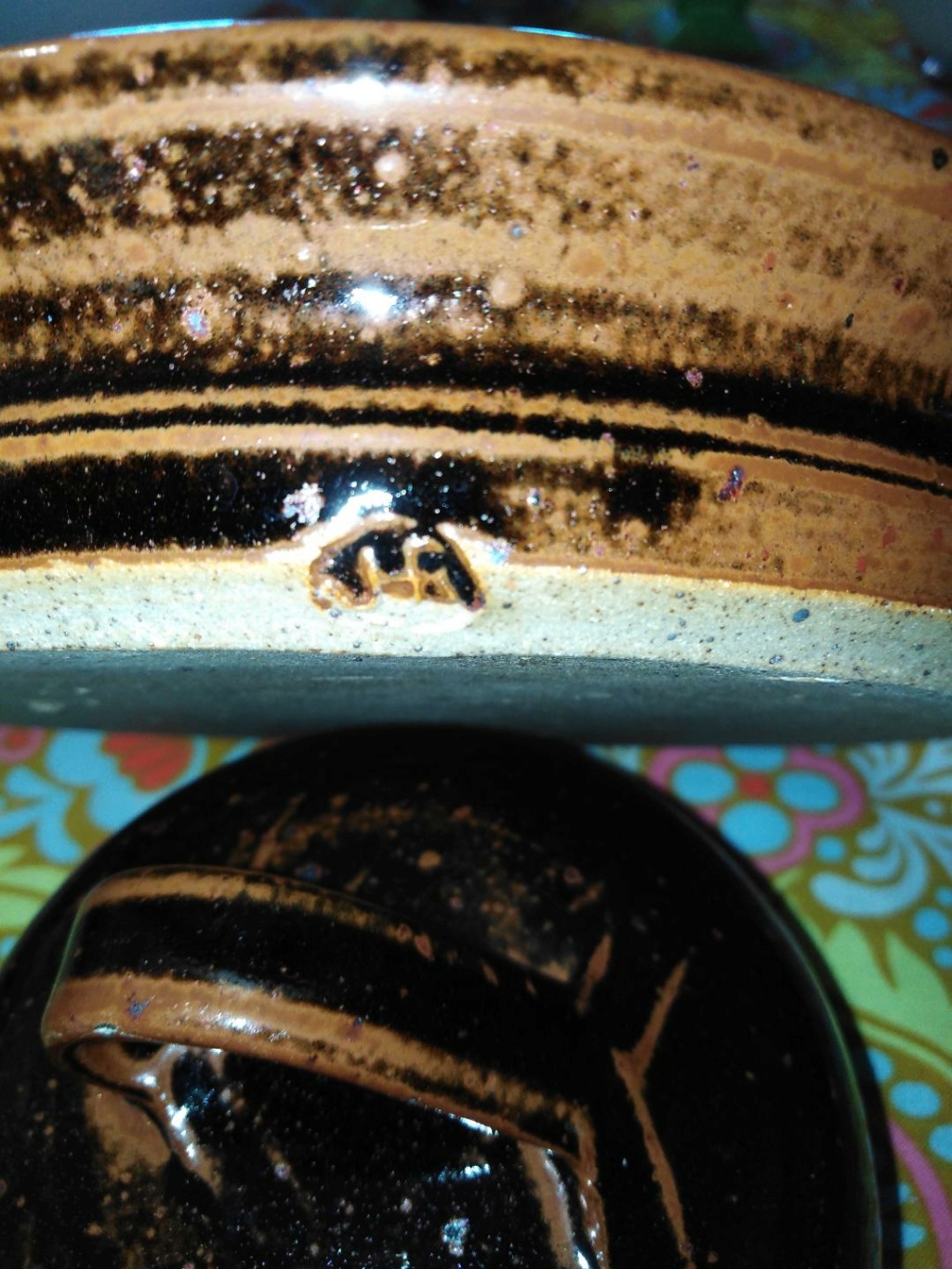 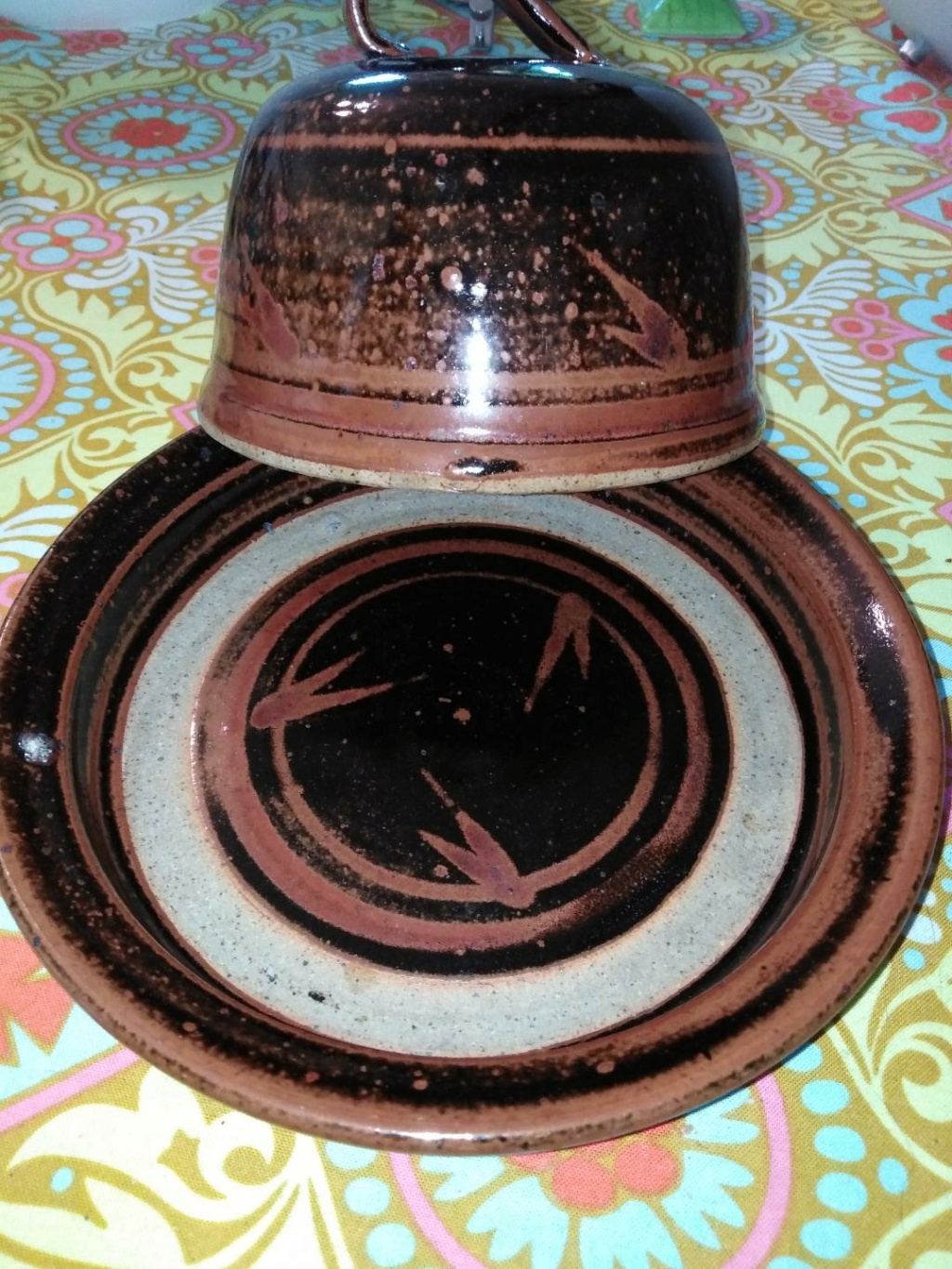 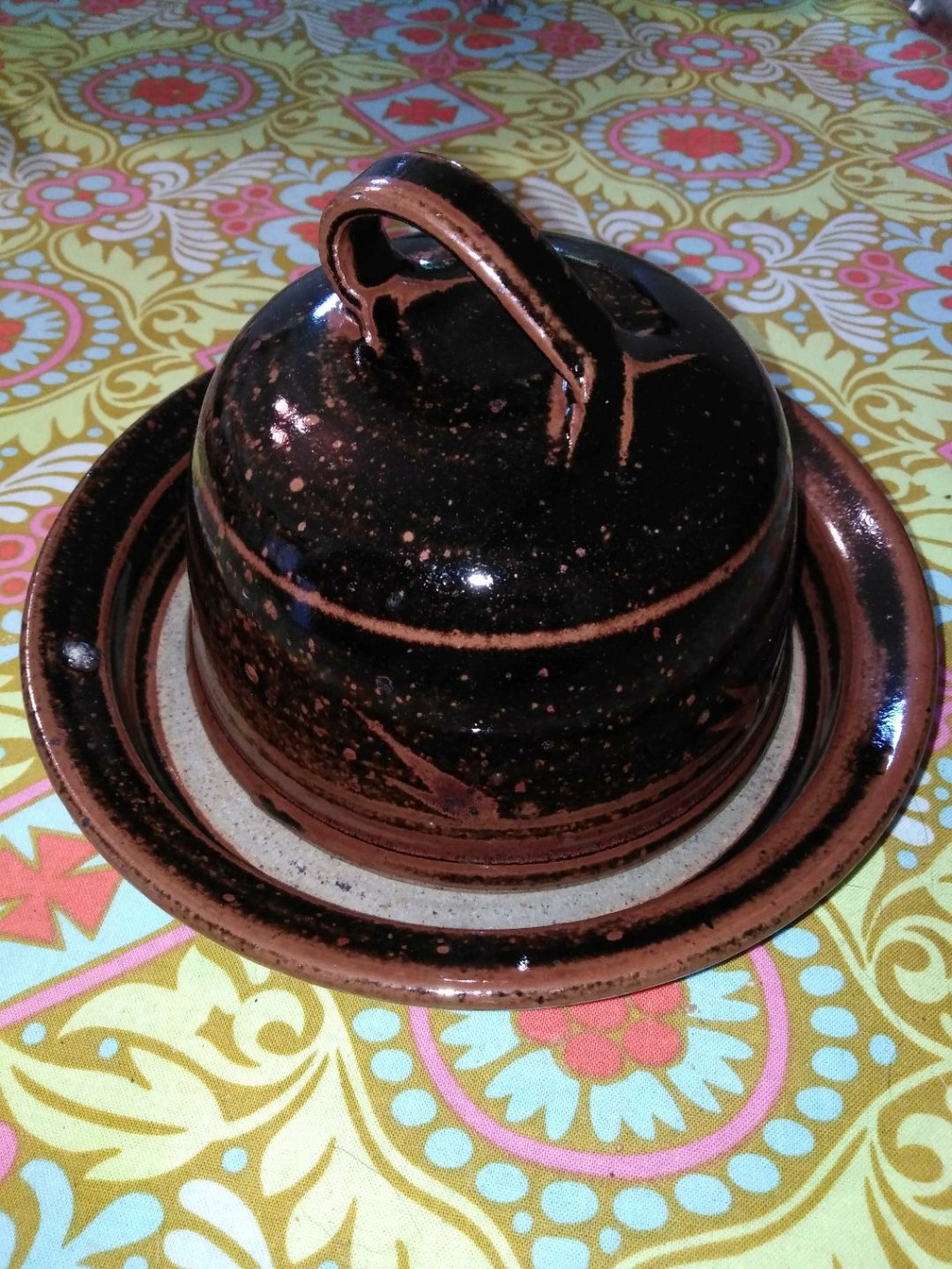