I recently purchased a lovely cane handled teapot in the Cardew/Leach style. The potter, whoever he or she was left little clue as to who made it or where it was made.

The only possible marks are the four 'spoked wheels' impressed into the clay by the handle stubs. Can some kind soul please help identify this clearly talented potter for me? 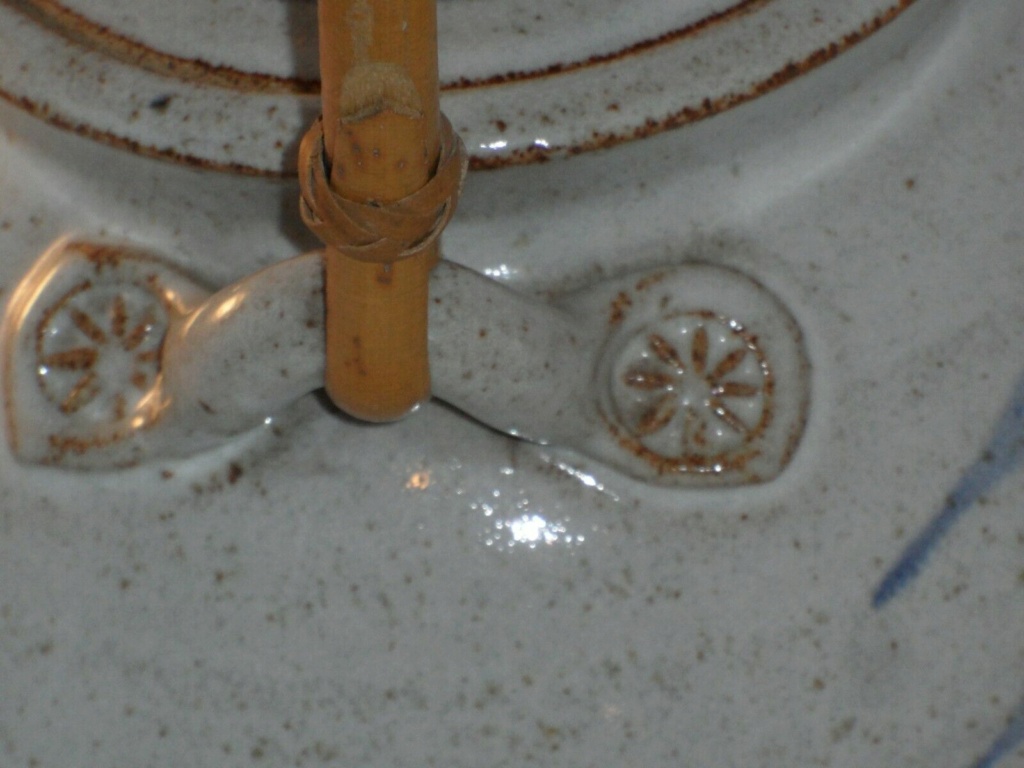 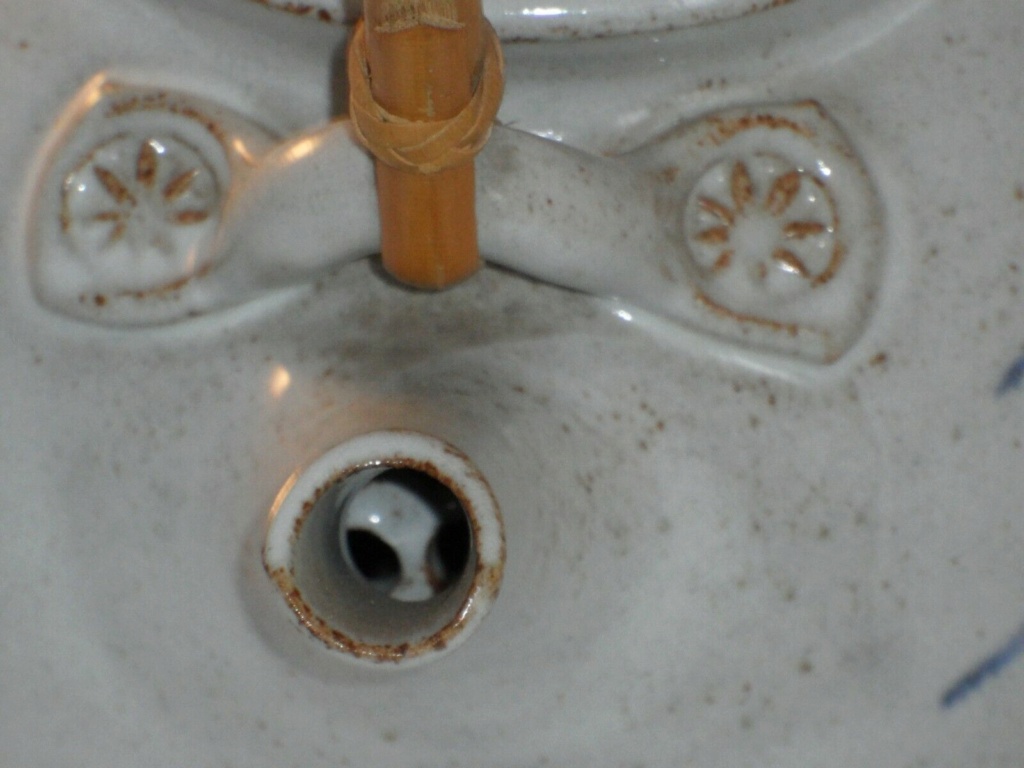 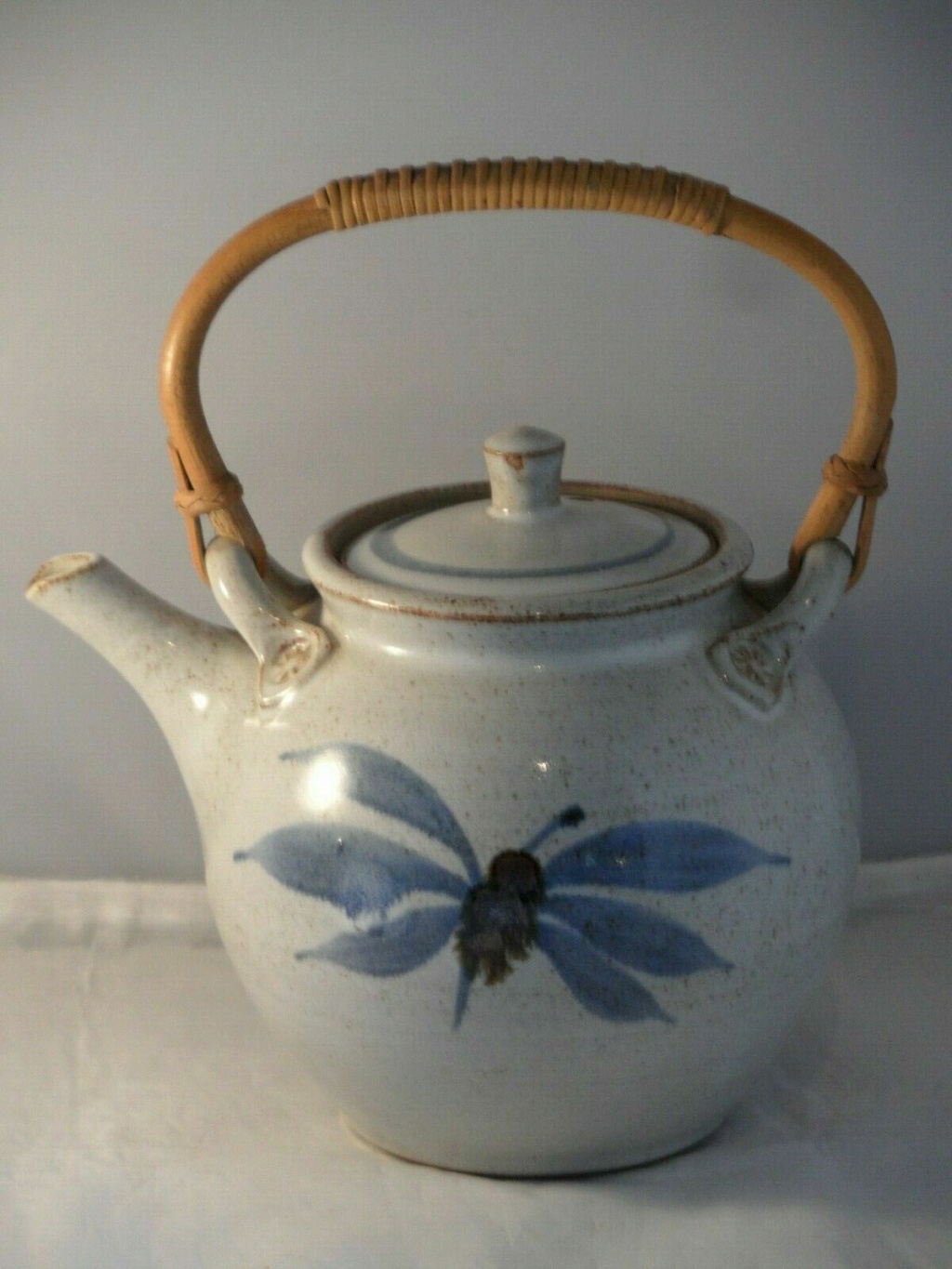 I think you have got it nailed (again) Naomi, many thanks.

A quick glance on the internet shows much of Alan Pett's work and several display the very same insect as my teapot.

It reminds me so much of Cardew's dragonfly which is obviously his variation of the same. I also saw several Pett pieces again imitating Cardew's bird design which to me suggests he was heavily influenced by Cardew, both Michael & Seth.