Sam Haile is widely regarded as one of the finest pupils of the famed William Staite Murray in the 1930's. There is a substantial collection of his work at the V&A Museum in London.
https://collections.vam.ac.uk/search/?q=SAM+HAILE&year_made_from=&year_made_to=
He would have probably been regarded as one of the finest of British potters if not for his untimely accidental early death in 1948. At that time, he and his wife Marianne De Trey had just started a pottery at Shinner's Bridge, Dartington, Devon. Marianne De Trey carried on the pottery for many years after hid death.
The ceramic piece here is from the Hepworth  Gallery Wakefield.
Less well known is that he was a very talented  surrealist painter, and the pictures here (again from the Wakefield gallery) are fascinating.. 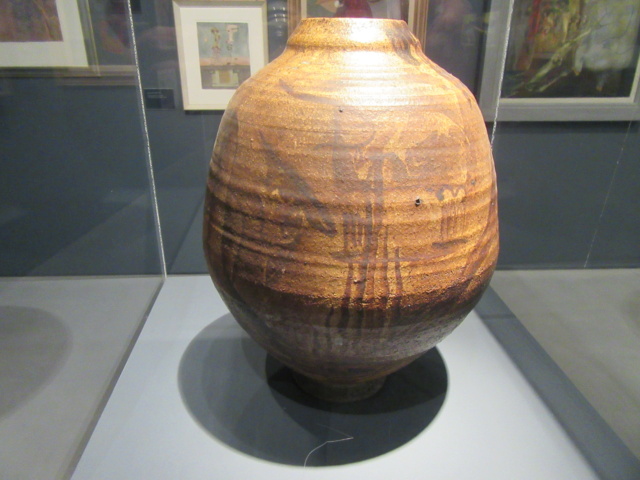 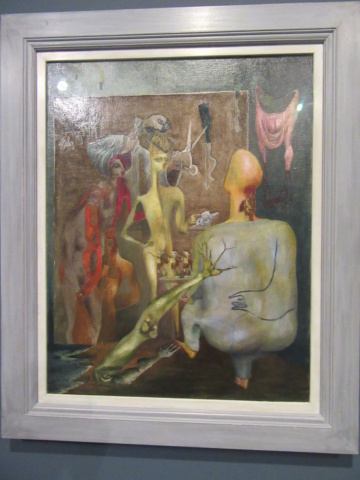 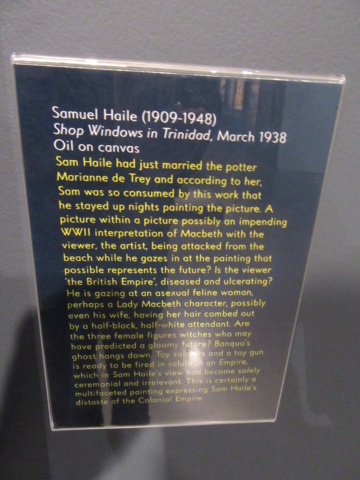 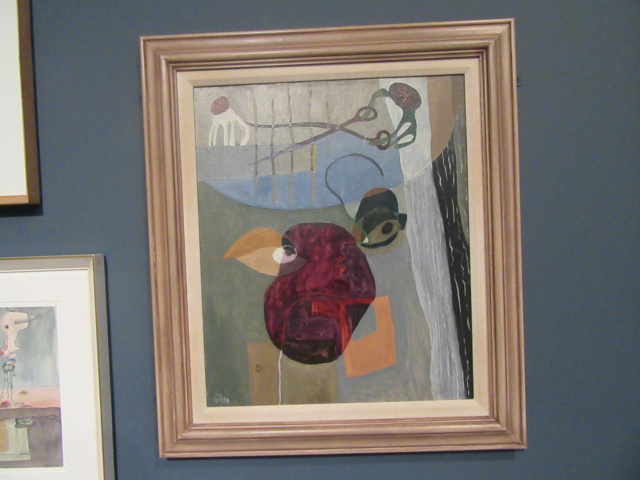 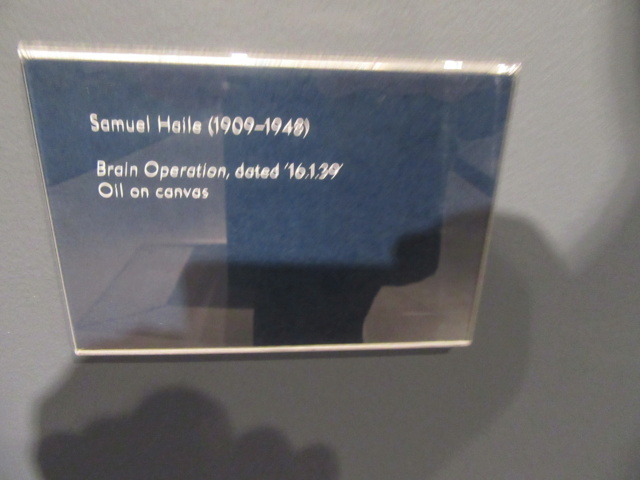 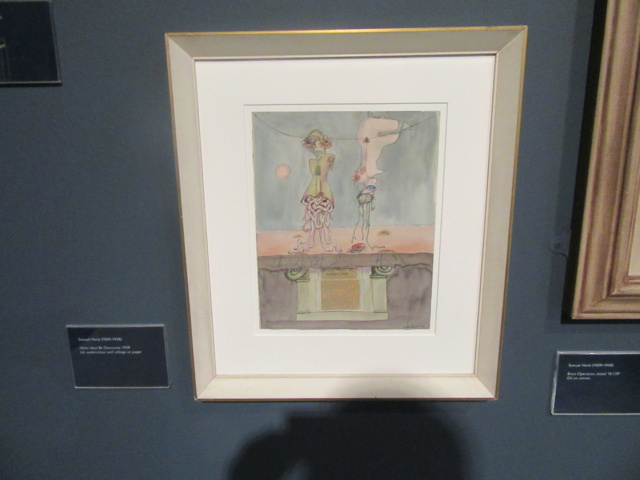 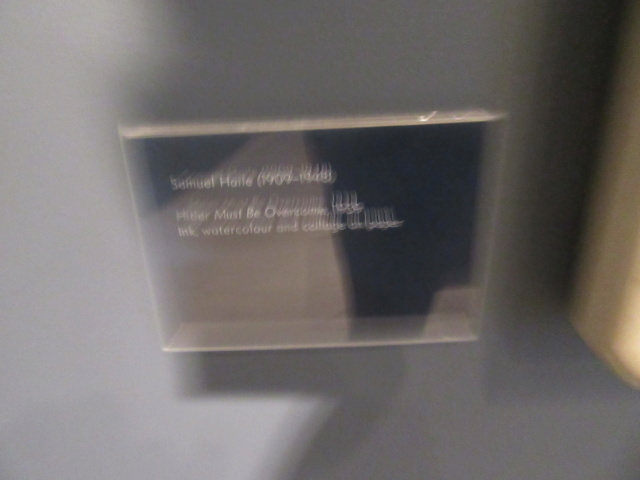 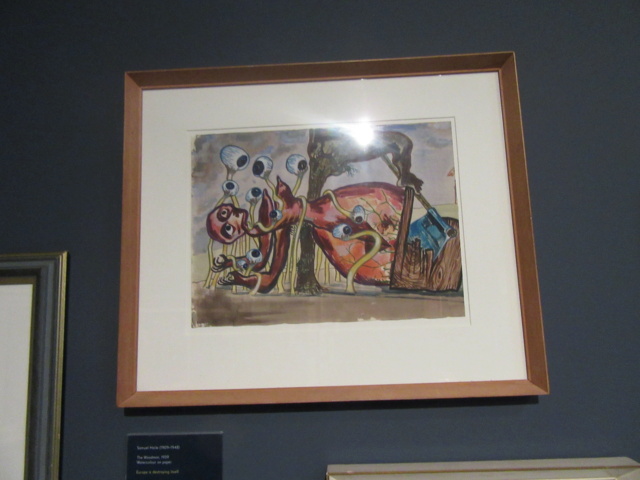 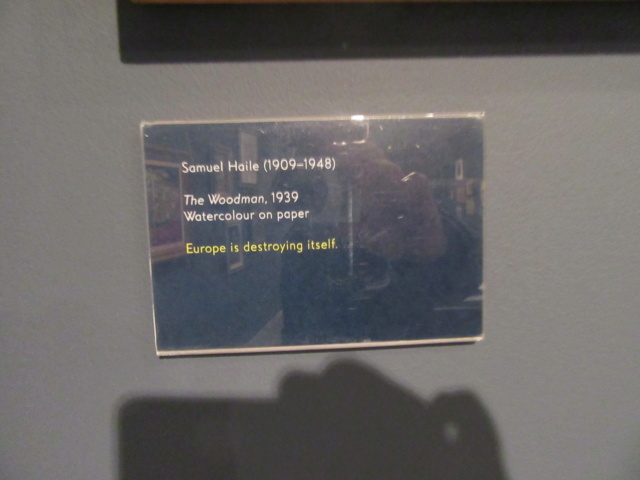 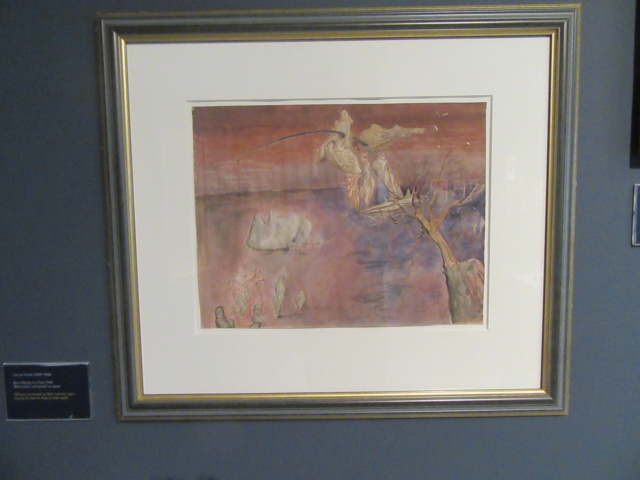 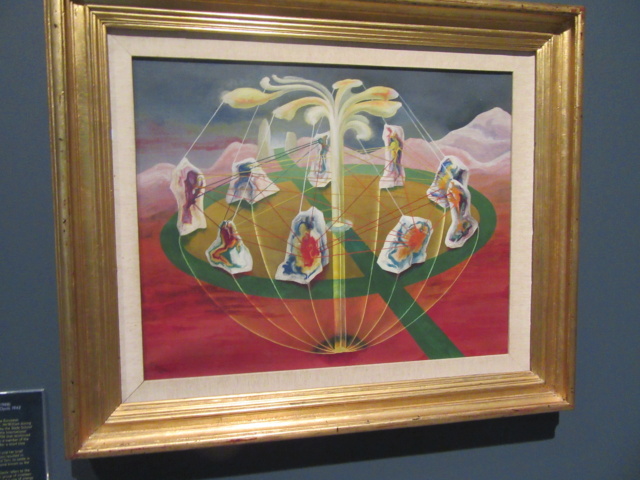 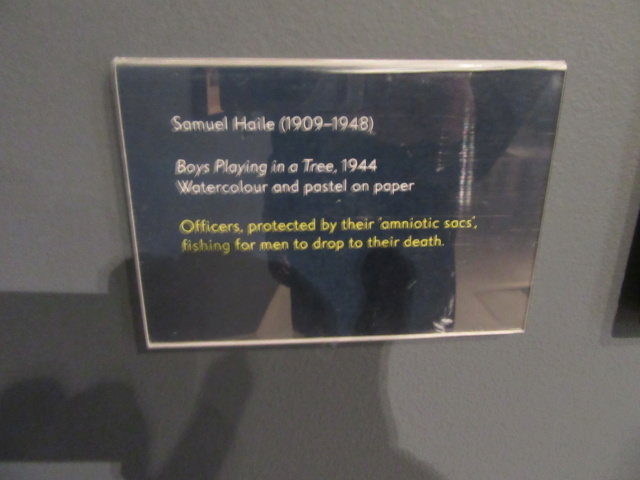 wonderful paintings but not original ideas, he seems to have painted a series of homages to the surrealist elite
_________________
Making new friends as an adult is hard...because I don't want them.

When Haile left school he had an office job for a shipping agent and went to evening classes at Clapham School of Art to learn painting and drawing techniques. He eventually won a scholarship to the RCA and entered the painting department in 1931.

At the time William Rothenstein was head of the department and Walter Sickert style painting was king. Haile rebelled, being more interested in contemporary figures such as Klee, Matisse, Henry Moore and Picasso. He transferred to the pottery department, under Staite Murray, because he was told that if he "continued to paint like a barbarian" he wouldn't graduate.

Undoubtedly a modernist, I suspect that British studio pottery might have developed a little differently had he not died in a road traffic accident.
_________________
Now you should know by now that Potty and I need to see your bottom - we're funny that way!

I agree with Dantheman his paintings are not totally original but some of them have a certain 'Britishness' about them, surrealism came late to Britain so it's not surprising that members of the British surrealist movement were inspired by the greats. His pots while not always successful were probably the first attempts anywhere to decorate ceramics with surrealist images , some of the decoration sits uneasily when placed on very ordinary jugs etc, but at his best the results were great, if a good piece came up for auction i would certainly be tempted.