Thought I would add this little jug to the thread.Early Sidney Tustin for Winchcombe carrying his very early T with entwined S mark apparently from the early days but I’m happy to be educated on that.One of my favourite pieces from my Winchcombe box 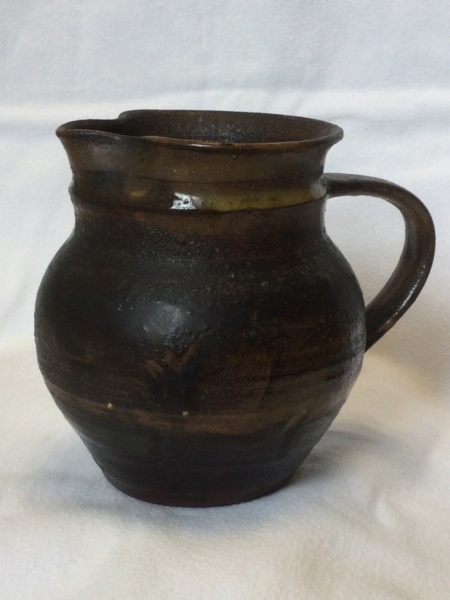 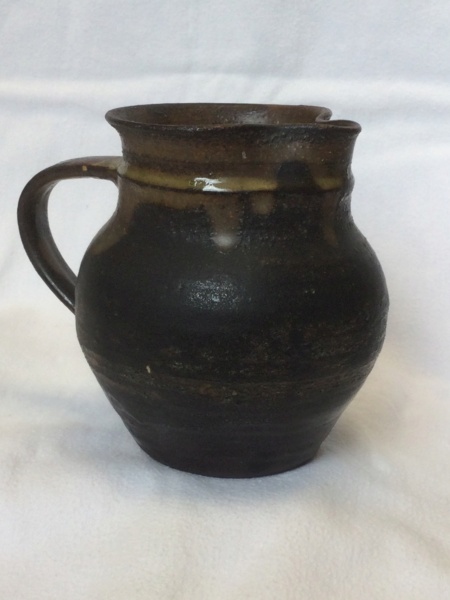 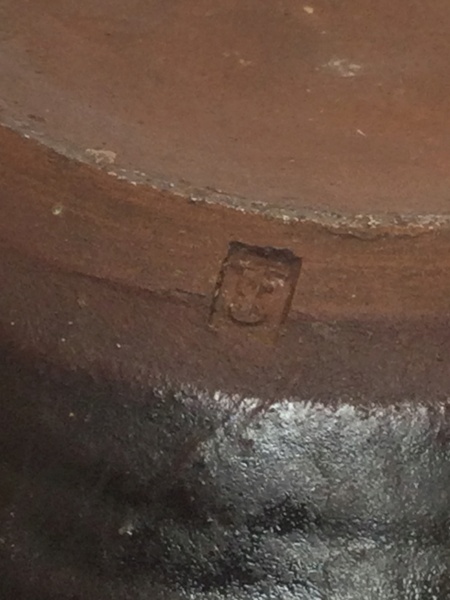 There were a few potters using an entwined ST or TS mark, but as far as I know Sid Tustin wasn't one of them so I've split it from the Winchcombe thread until it's verified


Similar to this one with a braided handle 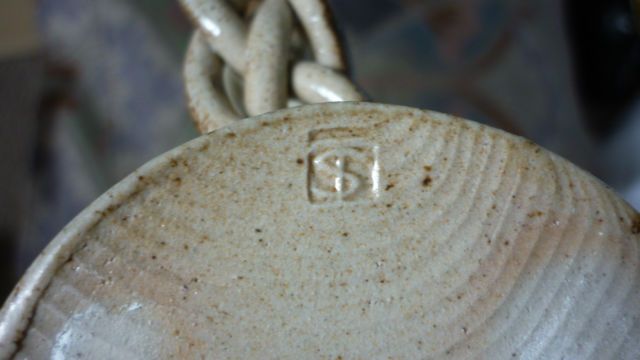 The more opinions the better I will check with the person who told me it was Sid’s early mark to get them to clarify it may take awhile as he is prob throwing pots or firing them….

Another one. Although yours does look quite Winchcombe-like

It’s feels it too in the hand…..the way it’s potted the clay and the slip but I’m happy to find out who it is as it’s been sat on my desk for 20 years holding my pens….

I don't think its Sid Tustin. None of the books mention any mark like that. It has not got a Winchcombe mark, which every bit of Sid Tustin I have ever seen has. It looks a bit dull and uncommercial for Winchcombe.

I agree every bit of Sid and Charles Tustin I have about 30 pieces all have the WP mark….The info that it was Tustin came from someone who knew him in his later years….but without doubt it looks and feels like Winchcombe in the hand….

Sid retired in 1978 after over 40 years of potting at Winchcombe and Wenford Bridge. If he was still throwing pots in his retirement he probably used one of his old stamps
_________________
Carrot cake is just fake cake

The person who said it was Sid’s early mark said it would have been one of his earliest fired pots at Winchcombe …..I have emailed him so once he gets back to me I’ll update the board….it’s really interesting and its great to have lots of opinions and discussion….If only the piece could talk….

I have been waiting for the source of the information to get back to me with details etc……he has now done so with permission to publish these images of items he owns in his own Winchcombe collection of Sid’s work
Doug Fitch the renowned slipware potter was the person who was kind enough to share this info and images of some of his collection.The info was all confirmed from Sid himself during the time Doug spent with Sid. 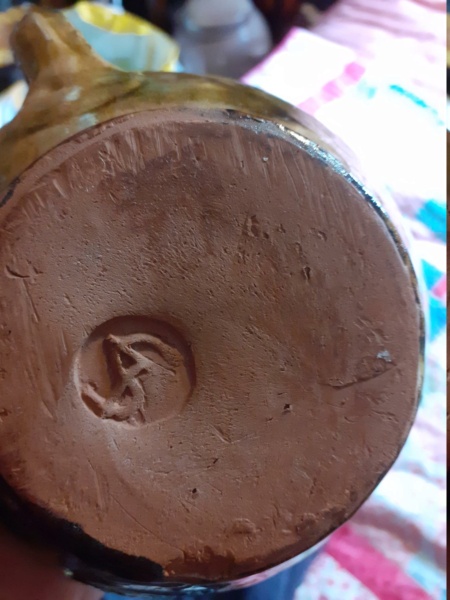 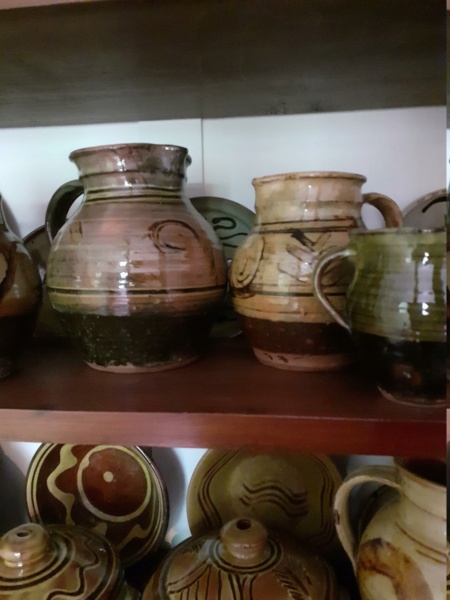 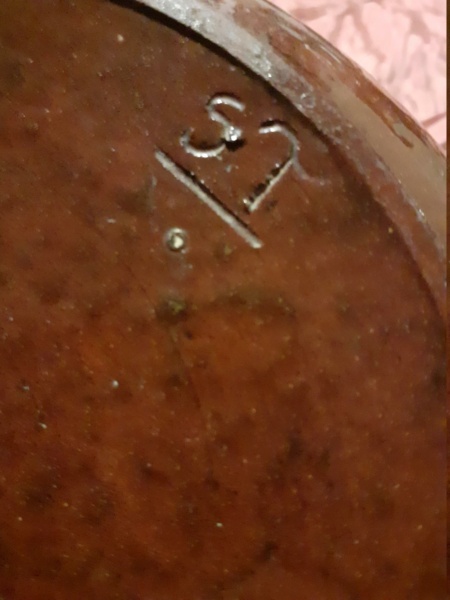 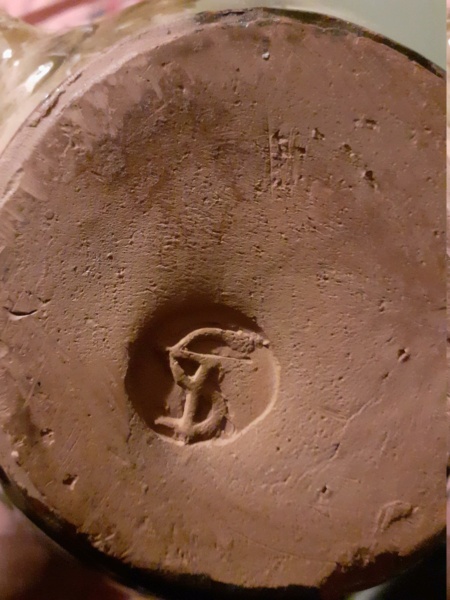 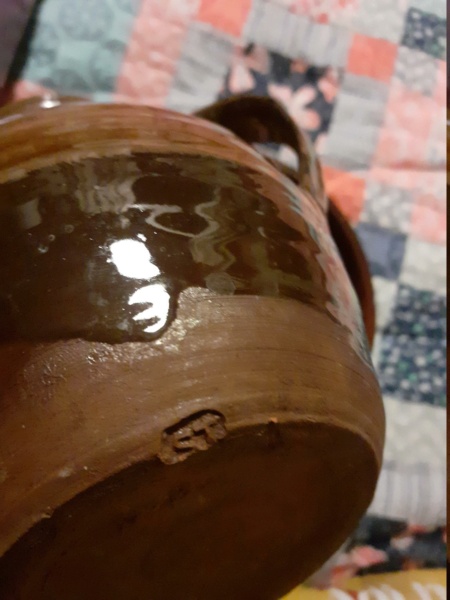 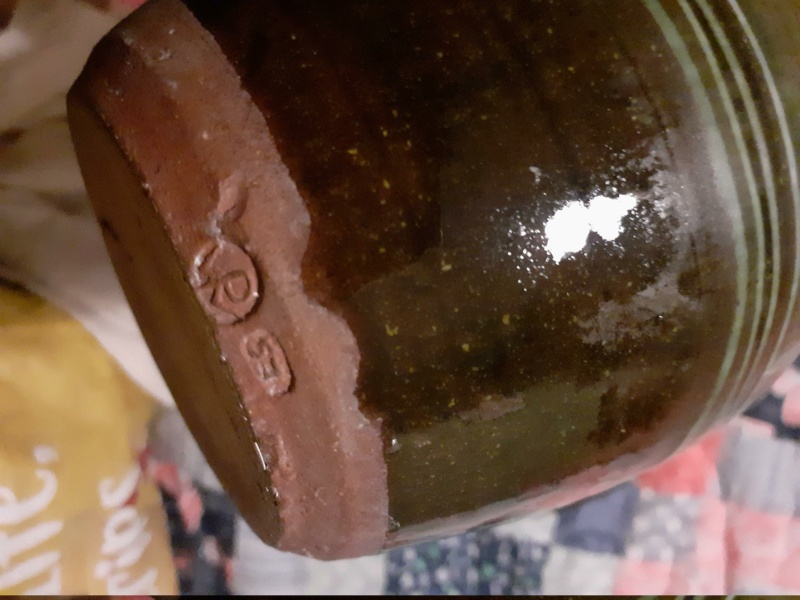 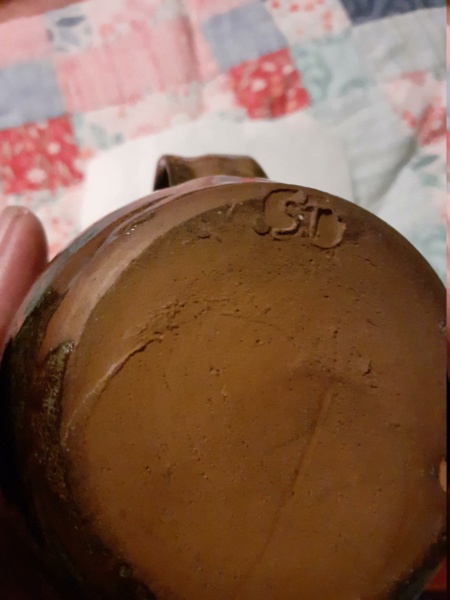 Two sections of the conversation I had with Doug

“ When I got home, I took some pictures of some of my early sid pots to send you, but hadn't got around to sending them, so good you gave me a nudge. I'm 100% sure that your pot is sid's, it's a very early seal. Attached here, a picture of a larger version of the same seal on an early jug that I have. Also a picture of some early jugs of similar form. People don't seem to consider that potters might change their seal, I had a few different ones in early days before I ended up with the one I have and I know sid did too because he told me.”


“ He had a number of different seals, particularly early on. I've attached some pics of some of his, from pots that I have here. He also told me that a student made him a stamp with an ST above a WP, I don't have any example of that. Another thing he told me, which is interesting, is that he took a little nick out of the WP stamp, when he came back after the war.