Good day to everyone.

I have a plate by Gerry Williams. Below is sample of his signature on it. 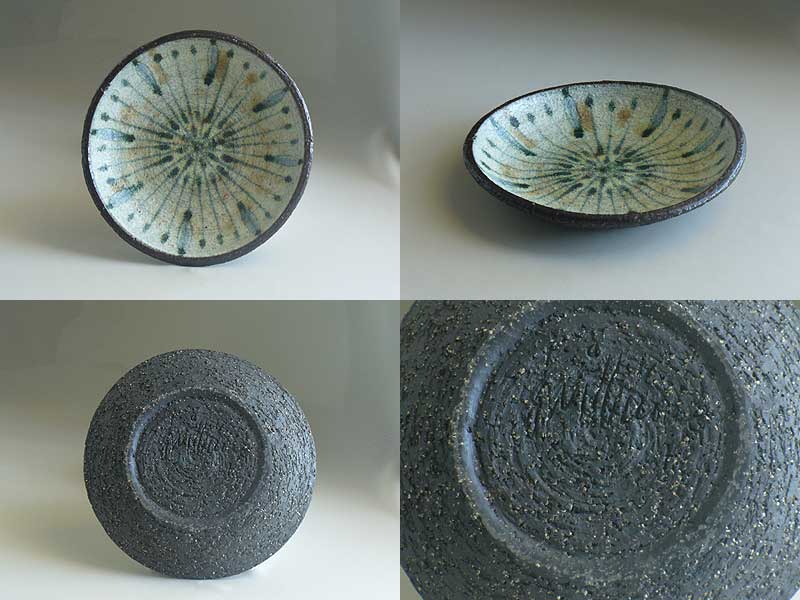 "Gerry Williams (1926 – 2014) was an American artist. He was a ceramist and a co-founder of Studio Potter magazine.
He was born Frederick Gerald Williams in Asansol, Bengal, India, in 1926, during the era of the British Raj. His parents were American missionaries in Bengal, working at a school.
He attended Woodstock School in Mussoorie in Uttarakhand from 1937 until 1942. He returned to the United States and he attended Cornell College in Iowa. He was a conscientious objector during World War II and missed several years of college due to the war. In the 1940s, Williams discovered pottery while living in Maine.
In 1949, Williams moved to Concord, New Hampshire, and started his own pottery business. In the early 1950s he took ceramic classes at the League of New Hampshire Craftsmen. In 1953 he built his own studio and home in Dunbarton, New Hampshire, where he remained for many years with his wife Julie. In 1972, Williams founded Studio Potter magazine with Julie.
Gerry Williams died on August 25, 2014, in New Hampshire from Parkinson's disease. His work is included in various public museum collections, including at the Museum of Fine Arts, Boston, the Currier Museum of Art, the Museum of Contemporary Crafts, the Fleming Museum of Art, and others."  -  https://en.wikipedia.org/wiki/Gerry_Williams_(artist)

To read more about him and view his other samples of works and signatures, here is the link:
https://www.themarksproject.org/marks/williams

Also found out from the ended listing description on ebay, that he " ...set himself up as a studio potter in the Black Hills section of Concord and started making functional earthenware pottery out of clay he dug from local mudflats in the early 1950's. Gerry Williams was selected as New Hampshire's first Artist Laureate by Governor Jeanne Shaheen in 1998, and in 2005 was honored with New Hampshire's Lotte Jacobi Living Treasure Award."  I am not providing link to this citation, because it so long, I found it stored somewhere in archives of ebay past auctions.