Australian Pottery At Bemboka website - wrote: John Garrett (1915-1984) emigrated to Australia from England with his wife Phyllis in 1950. He had studied art before the war. In 1959, after taking classes, then teaching, at the Auburn Technical College, he and Phyllis set up a studio at their home in South Granville, NSW, and started making pottery incised 'HANDMADE Garrett N.S.W.'. Their daughter Joan Sayers (1944- ) joined them in 1963, signing her work 'J. Sayers' or 'Sayers'. In 1977, she started producing wares incised 'HANDMADE Sayers Australia'. In 1980, the family moved to Queensland, where Joan set up the Redland Bay Pottery, helped by her parents and her children Mark and Katrina. John died in 1984, but Phylis continued to help with decoration until the pottery closed in 1998. The popular gumnut range was first made in 1986. Work from the Queensland period may be incised 'REDLAND BAY POTTERY J Sayers'. Katrina incised her work 'HAND MADE K Sayers AUSTRALIA'. In 1995 she made a range incised 'AUSTRALIANAWARE Sayers HAND MADE'. 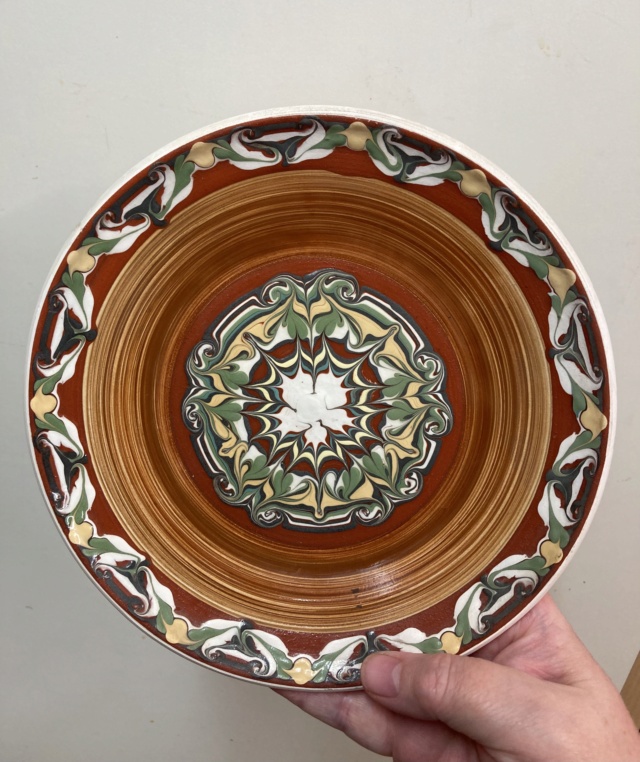 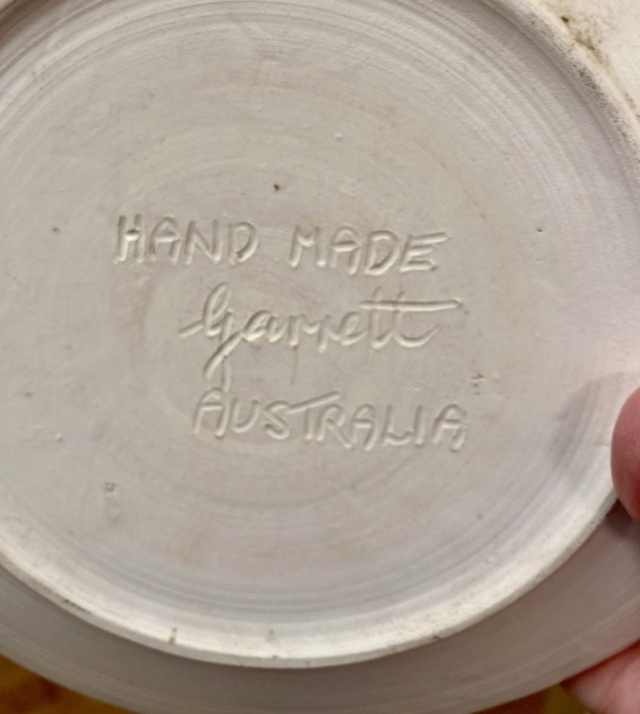