An unmarked earthenware glazed tray in white, greens and blues reminiscent of Bitossi pattern however no impressed design. Any ideas? 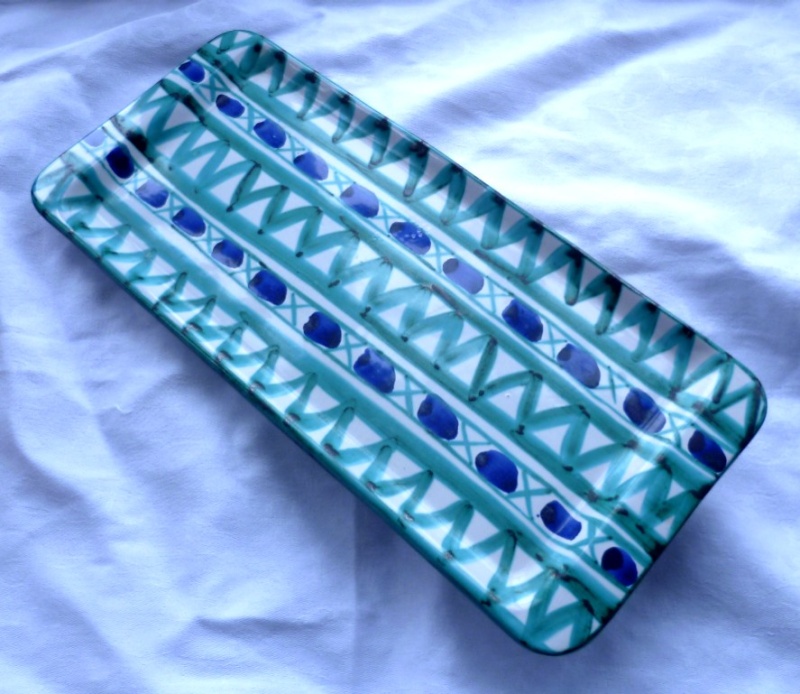 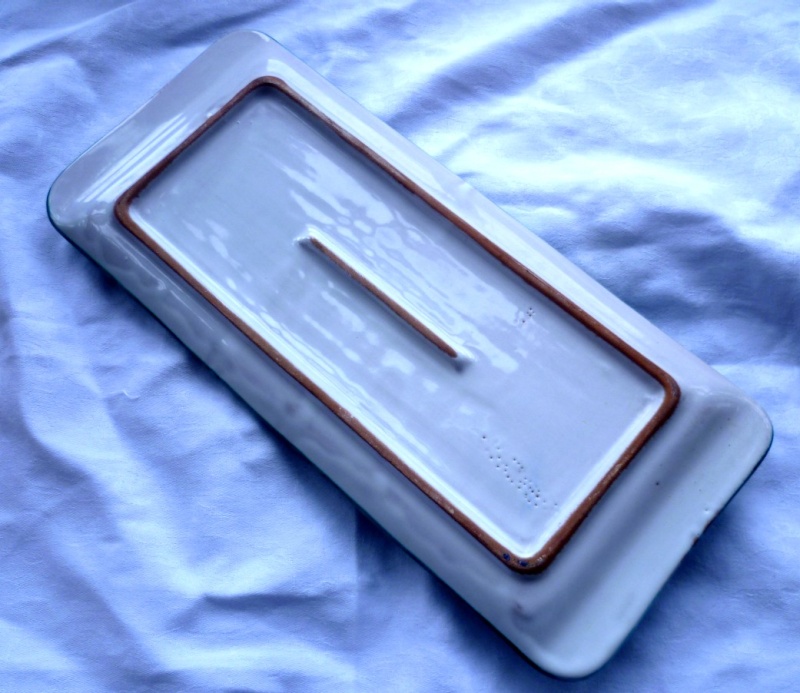 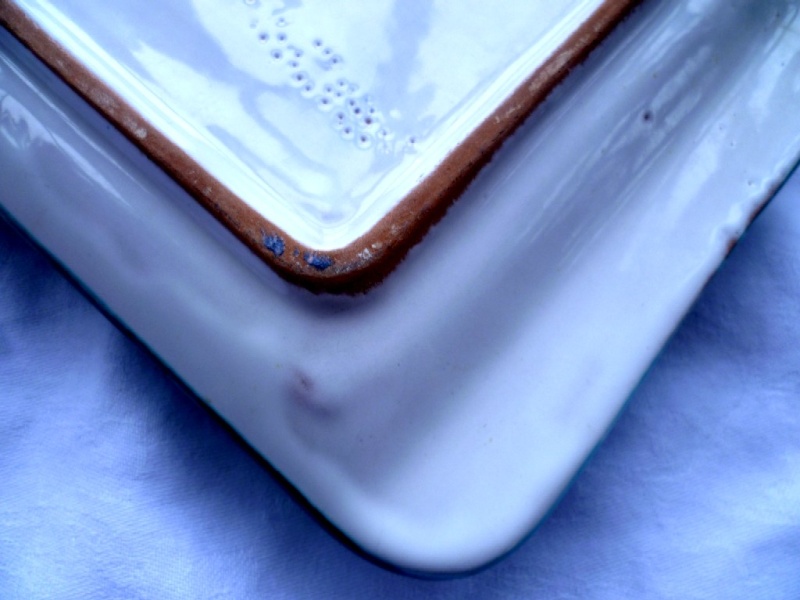 I think you maybe right there

Looks like Picault to me also. Just one question though the dish appears to be molded, did Picault make molded pieces
_________________
skay wrote: 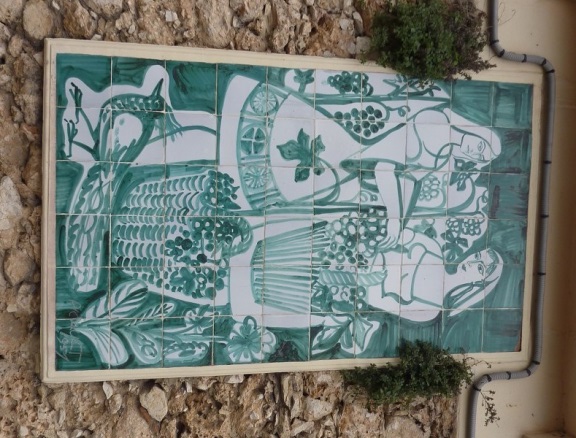 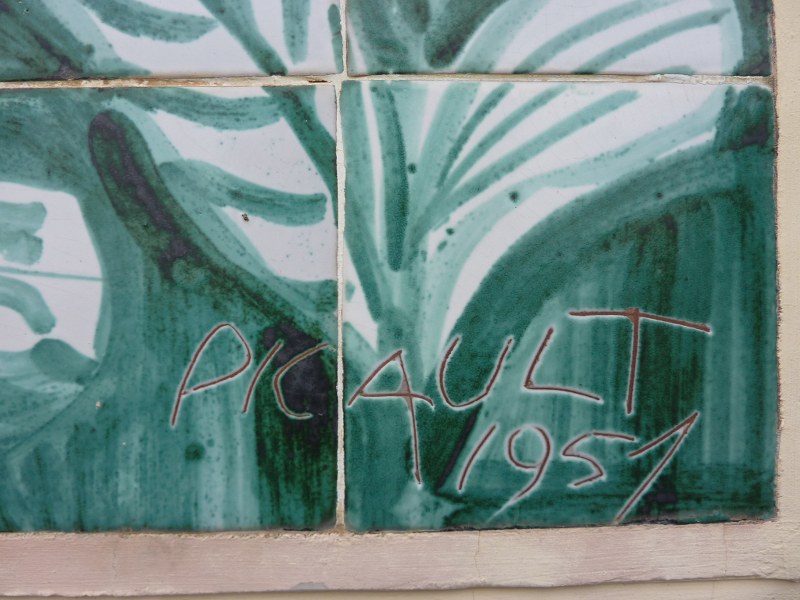 Hi, I recently bought these plates in a local charity shop (i live in Rossendale). Having researched the RP mark, all I can come up with is Rossendale Pottery which would obvioulsy seem to make sense...but I can't find anything similar by Rossendale Pottery/Derek Clarkson. Do you think these are Rossendale pottery or something else? Thanks in advance. 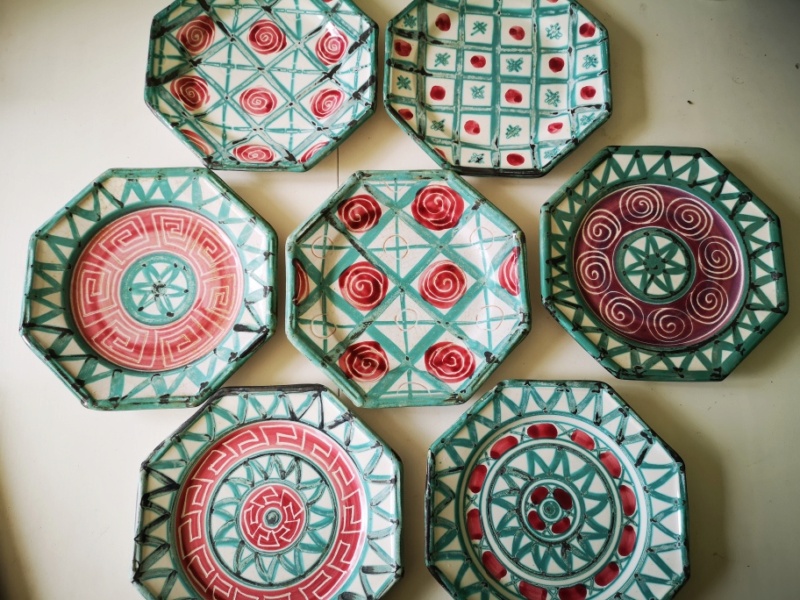 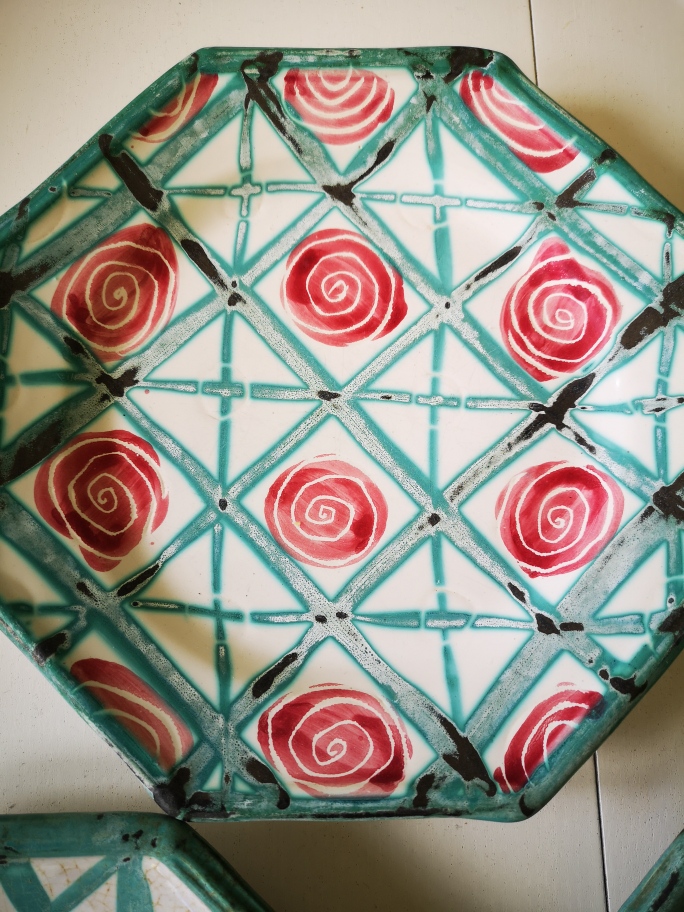 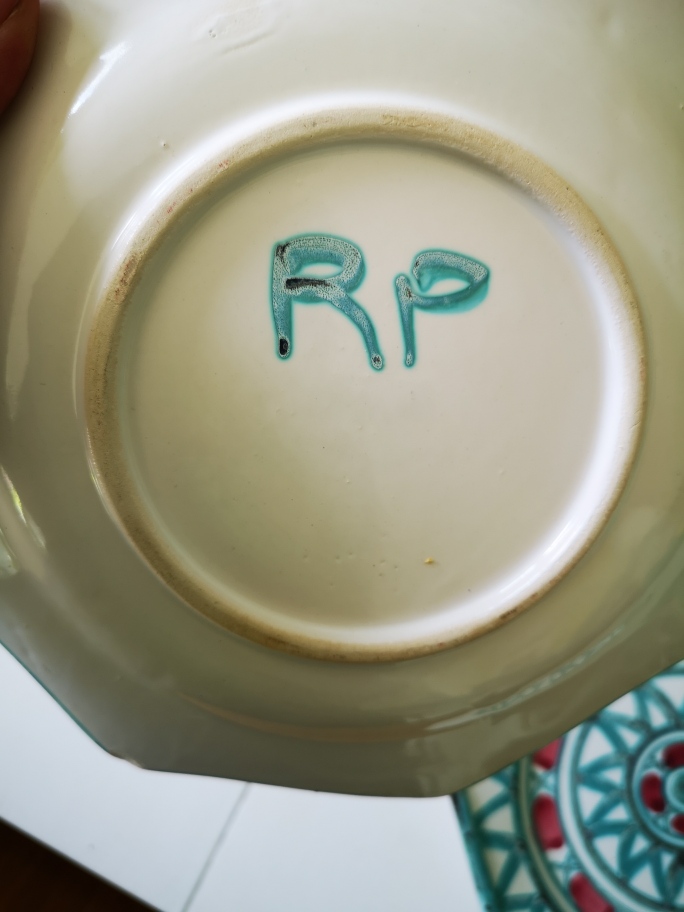 That dinner set I posted in the Picault thread had a hammer price of £500.

I just figured out this RP mark today by accident

Picault seems to often use the same colours and similar patterns, I believe my large piece is from the 1950s 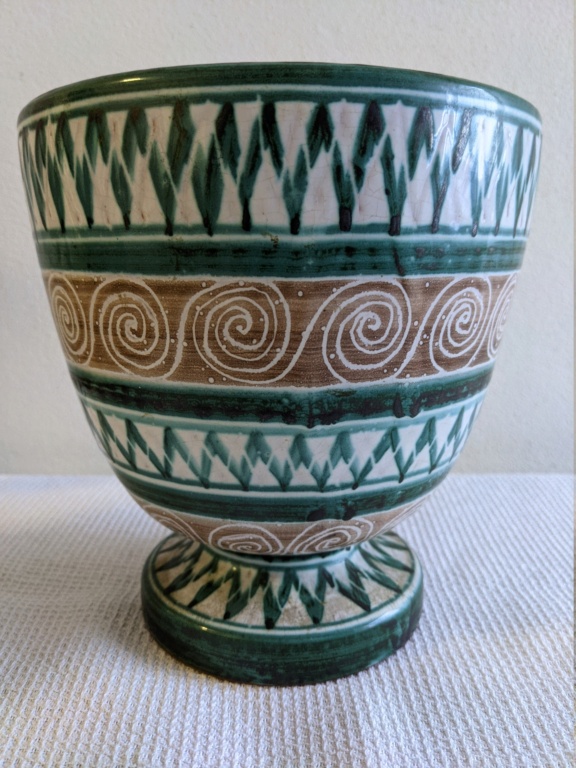 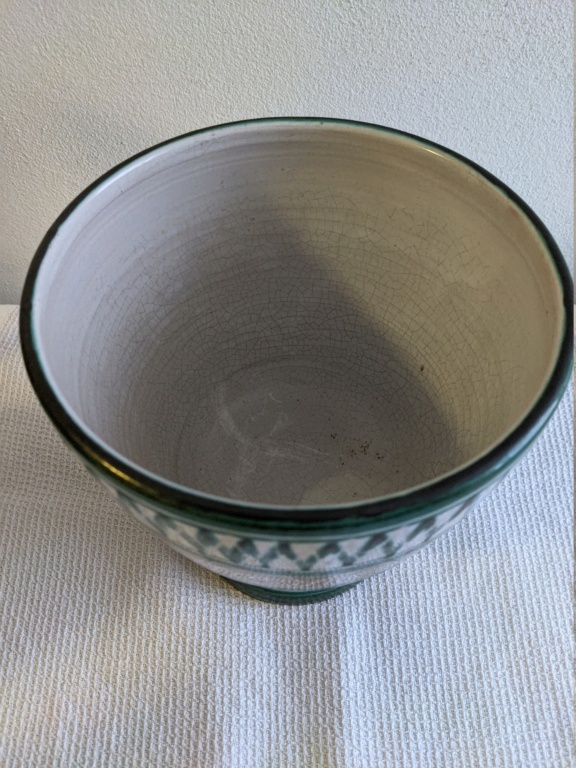 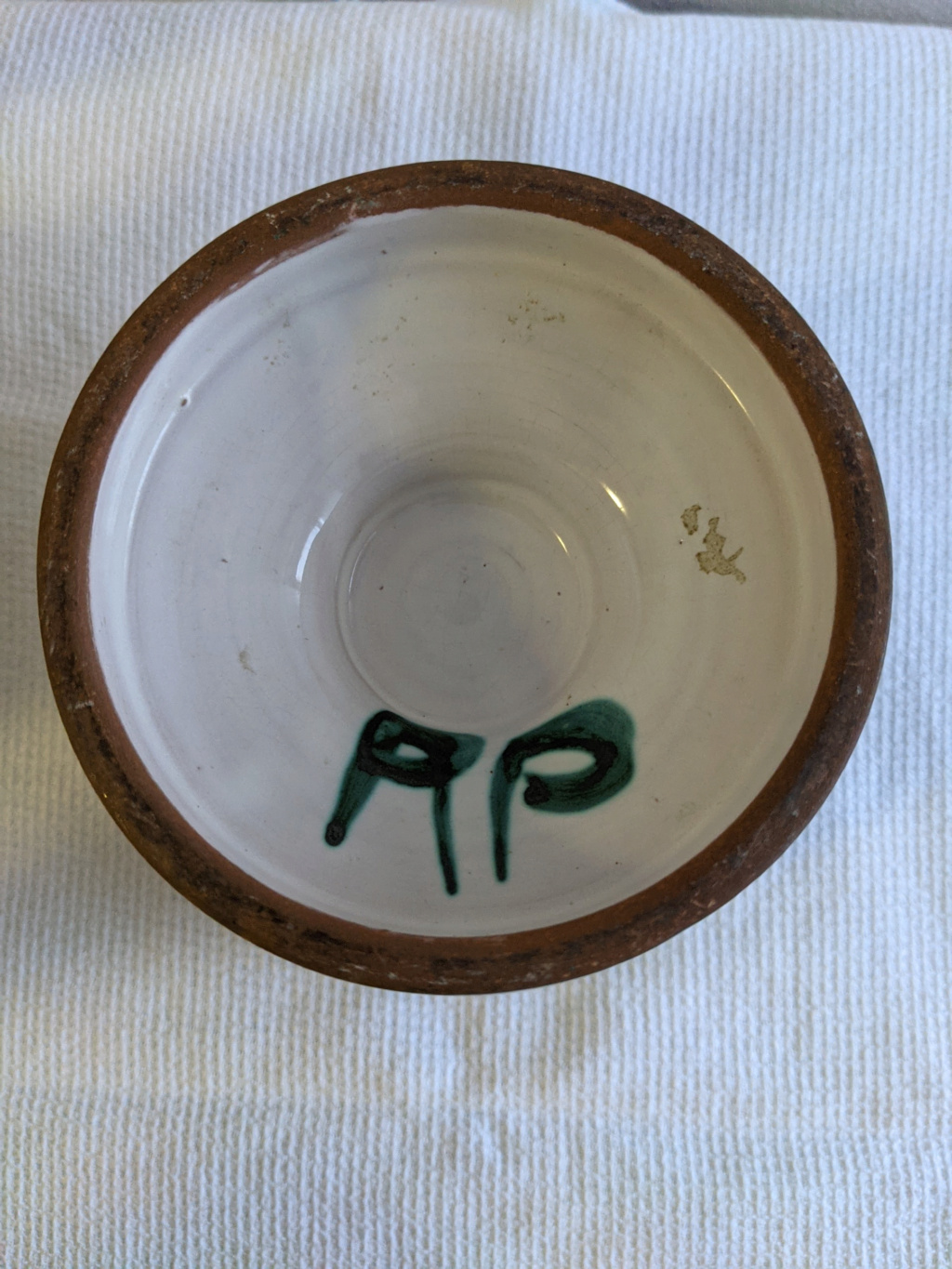