The Czech-born British graphic designer, painter & printmaker, Dorrit Dekk, was born in Brno on 18 May 1917 and died in London in December 2014.

She trained at the Kunstgewerbeschule in Vienna from 1936 until 1938 and during her time there produced designs for the theatre and for the film director, Max Reinhardt.

Following the annexation of Austria into Nazi Germany in 1938 she escaped to London and here enrolled at the Reimann School of Art and Design that had been established in Berlin in 1902. This was the first commercial art school in Britain, having re-located here in January 1937 because of the Nazi persecution.

Seventy years ago Dorrit Dekk's murals were part of the Festival of Britain and below is a short film of her talking about the experience.

Dekk came to be regarded as one of the most successful commercial artists of the post-war period in Britain, having set up her own commercial design agency in 1950.

Here's an example of her commercial design work from the 1950s. 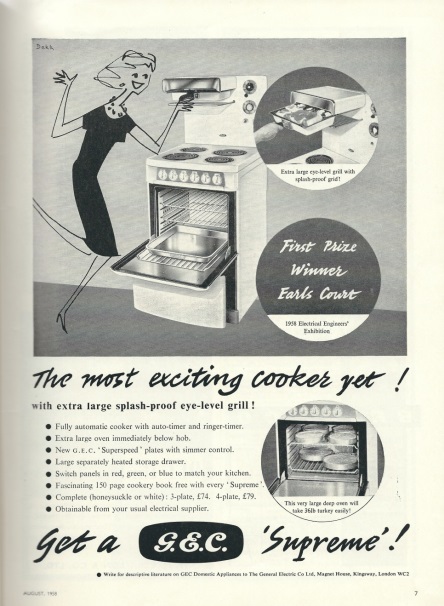 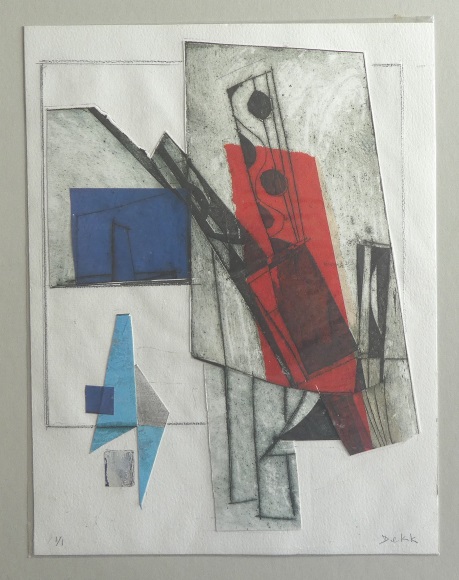 A collagraph, collage and watercolour from the 1990s. 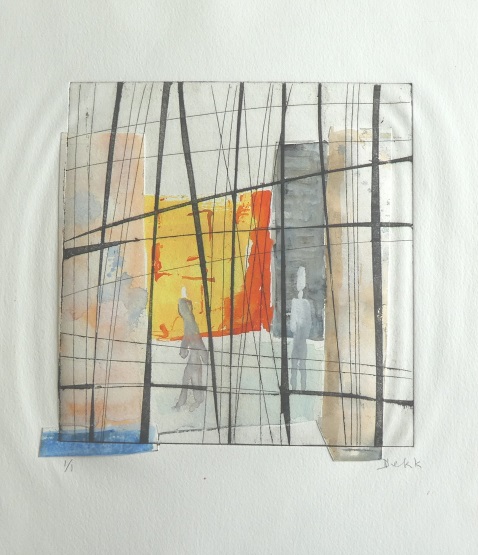 Cityscape - oil on board. 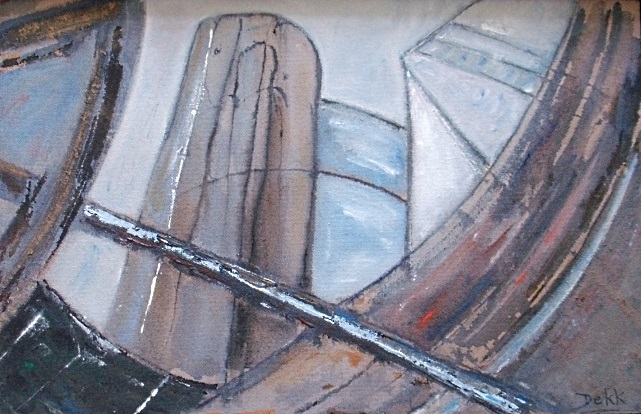