Found this today and believe it to be the beginnings of Celtic Ware. It is inscribed 'FISHER ENGLAND' on base and has what appears to be the phoenix design in monochrome. The base is also nicely done. Size 210x175x55mm. I believe that the early pots were made at Mousehole, Cornwall, before it moved to Newlyn. Does anyone know if this is a rare item? Thanks 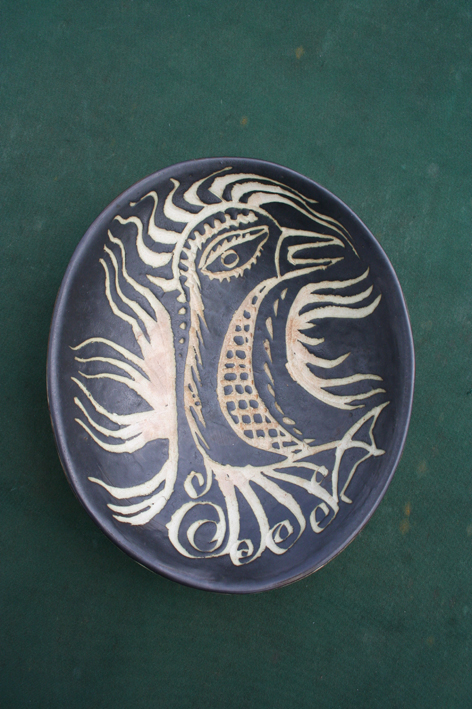 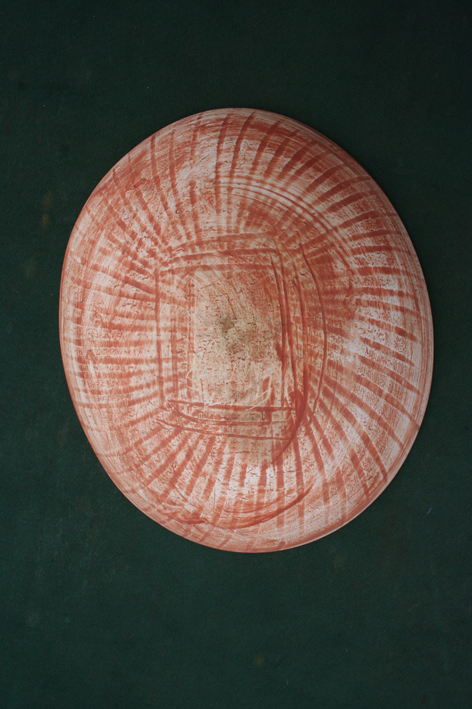 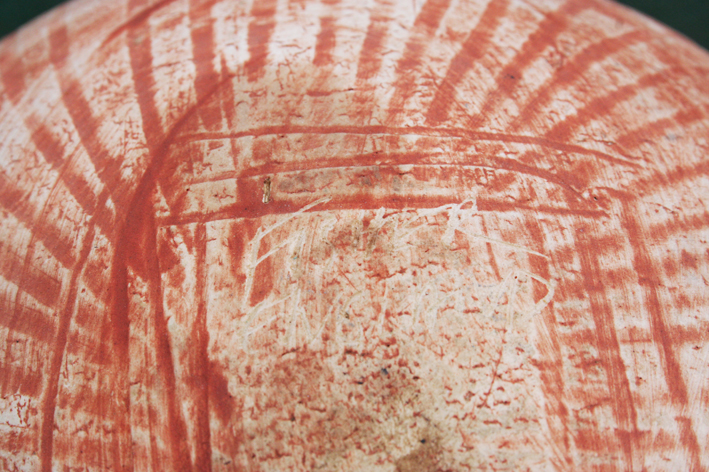 Yes they are much preferred to the later Celtic production touristy pieces. You are best watching eBay sales and history for prices. That is a good strong design and I like the stripes on the back.

Thanks very much for that. Will do. Cheers!

The style and subject matter suggest Maggi rather than Bill but a nice find
_________________
Making new friends as an adult is hard...because I don't want them.

The image is actually carved - not painted (as you might think).
Which to me suggests it's Bills handy work. I've not seen anything by Maggi that was carved.
But Bill seems to have been quite keen on carving.

The dish has been covered in the black glaze/paint and then the image carved through it.
The stripes on the back are also carved lines, which have filled with paint.

I've also looked closely at the 'FISHER ENGLAND' and it doesn't look quite right (neat enough) for Maggi.

Yup, I'm the happy new owner having bought it on EB.