Well I'm no Celtic collector, but thought I'd add my "2 cents" anyway

I do think it is a more unusual example and the base does look correct to me.

But personally I think this type of decoration (while rarer) would be much less desirable to most people, so value would be more due to the name than the piece itself.

Yeh, I agree that does seem to be an early Mousehole piece.
There do seem to be quite a few random designs from this period - although I've not seen anything quite like this.

Dan - I'm not sure they are really similar. To me, this looks like a large diamond shaped flattish dish, rather than that deep boat type dish (Which is also the only example I've ever seen).

Like Potty I'm not too sure on 'value'. It is rare, but equally not that great a design (to my eyes). So yeh, I'd say £50-£60 would be a fair price. People would ask more but would they get it? Would I pay more? I don't think so, but can't be certain

But a nice addition to a collection if can be got for the right price.

The forum was very useful when this piece turned up on ebay,I asked the seller if there were any partial words left on the worn out label,she told me 'stu' which suggested it was the same as the label pictured above
_________________
"Changing your mind when you know what’s happening and you don’t like it. That’s what democracy is all about"

Nice dish Dan - don't know how I missed it.

Obviously Mousehole, but yeh nice to have remains of a lable to confirm and show exactly which one. You've even still got f & C of middle line.

Here's one I've recently aquired - but it has taken a lot of heavy cleaning, as it had a layer of very hard and discoloured grime on it. This wouldn't just wash off, so I've had to scratch it of with a metal object (wood and plastic wouldn't touch it). Then when virtually all scratched off, it was finally cleaned up with a cheap (not to strong) scouring pad and soapy water.

Now an even nicer early Mousehole dish 15.5 inches x 9 inches.
here's a before and after pic.

Martin - did you buy that dish ?

a nice example of a mousehole fish dish

You've probably seen this that came up on a well know auction site, but thought I'd add it here anyway.

A very unusual style of Bull design, the head isn't just looking forward it's completely tilted at 90 degrees. I could be wrong, but to my eye this heavily worked image says Bill's handy work to me. Every part of the bull's body is covered in design and the boarder has 'black' checkered design on top of the brown/purple swirls with a black dot on top of the blue - design upon design! Also unusual is the 'sprayed' brown background, rather than the usual sponged/painted Yellow or Blue background.

The black has spread obsuring the right eye, but when held to catch the light the full face shows up better.

The underside has a boarder of brown/purple swirls and a Mouslehole label.

It wasn't cheap, but for me this was a must have

signed on the reverse w fisher. its not quite round , more of egg shape.... approx 8" across

the decoration on this tea tray seems to be part lion/part Chinese dragon but whatever it's meant to be IT'S MAGNIFICENT!

here you go dan... this is very similar to the one i picked up today

Here's an interesting one I know some have seen, with a few unusual features.

It stands on a shallow foot ring.

What I couldn't see from the pic's before buying and am having trouble getting a photo to clearly show it - is that this one rather unusually, has a foot well rather than a flat inside. You can just about make some of it out where the flash reflects of the edges of the foot well - base of left horn, passing between the eyes and again around the front leg you can see the silvery line. I don't recall seeing any others with a foot well ?

The other unusual feature is the back stamp - It has one!! Which I've never seen before.

I've tended to consider the painted base as a Moushole feature, which I've only seen with Mousehole labels - until now! Whilst this doesn't exactly match any of the labels, the Style of the letters is almost the same as what I believe to be their first Newlyn label

So my best guess would be that this is an early Newlyn piece, possibly before the new labels were ready? The only difference being lower case letters for Celtic rather than all Capitals. The quality of the image is also much better than I associate with the later work.

Anyone else come across this back stamp or foot well?

Couldnt really find any other goblets in this thread so thought I'd add this one I picked up today. I had intended to move it on but I've only had it a couple of hours and I'm already envisaging drinking a nice drop of red wine from it, might end up as a keeper.

btw are the stems usually hollow on these at it seems a little odd for a drinking vessel to have a narrow stem that will be difficult to clean?

Not being at home to double check, I could be wrong. But.

I think there are a couple of sizes and the larger ones have this hollow stem, which I'm guessing goes into the foot. I'm sure the smaller ones don't do this.

4 inches tall with tapering sides and an unusual abstract decoration framing the early  'disco bird'.
Hand cut 'CELTIC POTTERY MOUSEHOLE' label which I think they glued on in the days where they couldn't afford sticky labels.

That's rather nice Dan - had it long?
I don't think I've seen that style of side decoration before.

no I bought it last week,I haven't seen that design before either
_________________
"Changing your mind when you know what’s happening and you don’t like it. That’s what democracy is all about"

Well, having wondered what all the fuss was about

I thought I'd get a piece of Celtic for my collection, and here it is - and I'm smitten, it's simply gorgeous

Please tell me all about it - when did the move to Newlyn take place for instance? Is it made from a white earthenware? 10.7cm (height).

very early Mousehole bull, made by Bill Fisher
_________________
"Changing your mind when you know what’s happening and you don’t like it. That’s what democracy is all about"

and a Bill fisher cow from those early years at Mousehole
_________________
"Changing your mind when you know what’s happening and you don’t like it. That’s what democracy is all about"

Where are you finding all these fabulous pieces Dan? 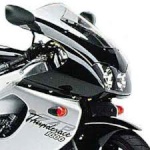