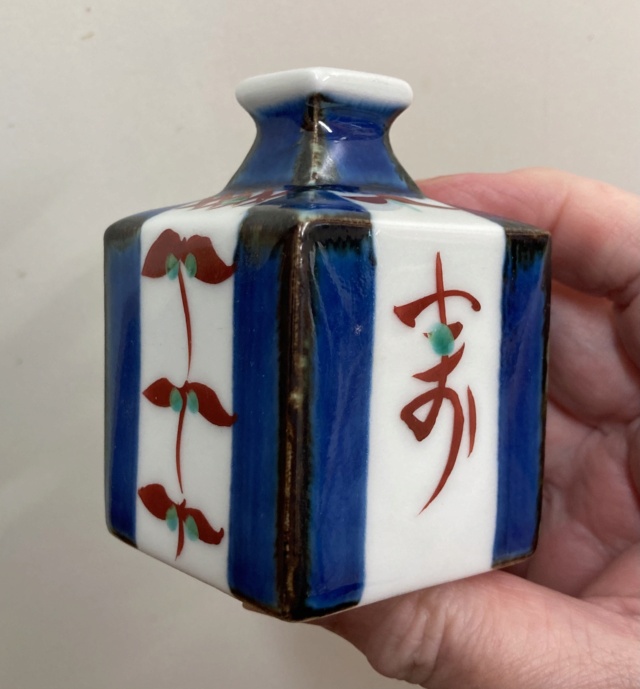 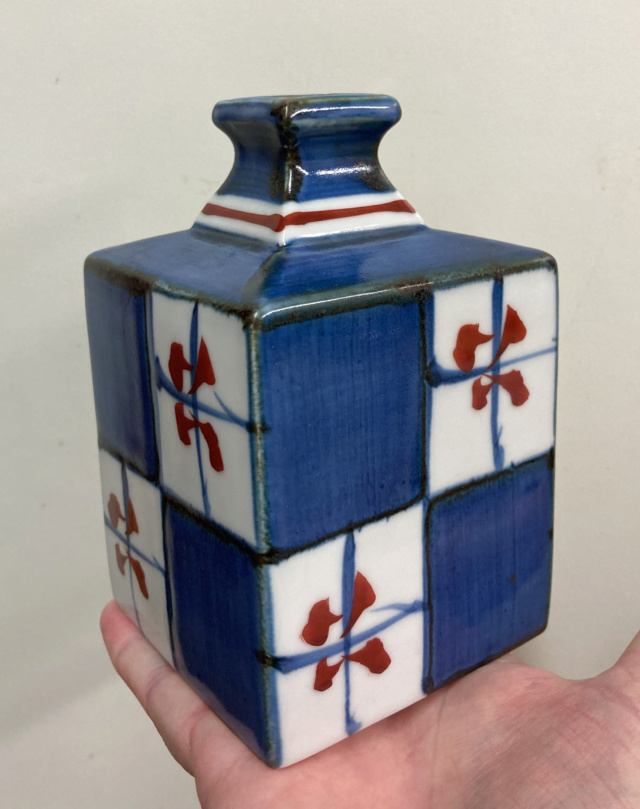 The Baizan Studio is the oldest studio in Tobe and was opened in 1882 by Masagoro Umeno and that is where the kiln name of Umeyama comes from.

Tobe Pottery had almost died out by the 1950s but was championed by Shoji Hamada, Muneyoshi Yanagi and Bernard Leach, who visited and publicised Tobe yaki in 1953. This revived pottery production in the area and by 1976 it was designated as a "National Traditional Craft" by the Japanese government. Today there are around 90 studios and 450 potters practising.

Basically it is porcelain and, traditional decoration, if done, is indigo blue brush work (from cobalt ore + a little manganese).

It was the Baizan Studio that Leach visited in 1953 and the then director, Takenosuke Umeno, took the decision that they would start making high quality hand formed and decorated tableware there.

To this day it seems to be the place where young potters do their apprenticeship and some then go on to open their own studios.

There was a small selling exhibition of Tobe pottery in London something like 10 years ago and the work from the Baizan Studio (Umeyama kiln) was the only work that had the dark red brushwork shown above. Therefore it seems to fit.
_________________
Now you should know by now that Potty and I need to see your bottom - we're funny that way!