Catherine Yarrow, who born in Harpenden in 1904, was an interesting but little known character in the world of studio ceramics.

After school she went to study drama at RADA, where Laurence Olivier and John Gielgud were among her contemporaries, but she developed a dislike for Britain and all things British and at the age of 20 she took off to Paris and then travelled. Back in Paris in 1935 she resumed her drawing and painting studies and learned engraving at the legendary Atelier 17. The studio set up by William Stanley Hayter in 1927. It was at Atelier 17 that she met Giacometti, one of the great loves of her life. A little later she persuaded the potter, Artigas, who had taught Miro and Picasso, to take her on as his apprentice and continued to make ceramics for the rest of her life.

Like many artists working in Paris she escaped to New York in 1940 and stayed there until she returned to Britain in 1948. She continued to make hand-built ceramics in New York and her first exhibition of them took place in April 1943 at the Julien Levy Gallery. Not a bad start, especially as it was a two person exhibition, alongside the paintings and drawings by Max Ernst. Later that year she was included in a group exhibition at Peggy Guggenheim’s gallery.

Upon her return to England she did take part in several exhibitions showing both her paintings and pottery such as the Hanover Gallery, ICA and Marjorie Parr Gallery but she was always seen as an artist rather than being part of the studio pottery scene that developed in the UK from around 1960 onwards.

She continued to make pots until her death in 1990 and encouraged many artists during this time. These included Ewen Henderson, who she allowed to work alongside her in her St. John's Wood studio before he found his own premises.
_________________
Now you should know by now that Potty and I need to see your bottom - we're funny that way!

This is a thrown and altered dish of hers from the St. John's Wood period that I sold recently. 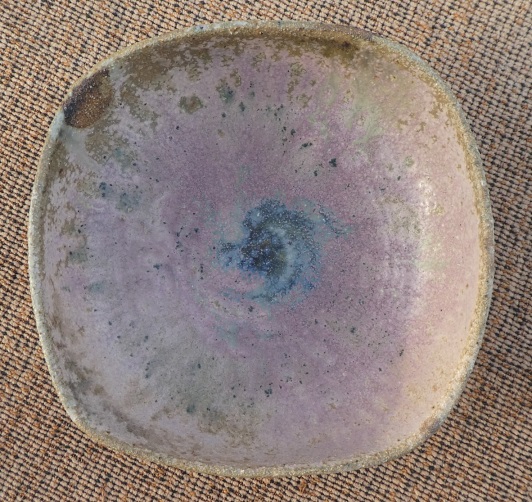 It may not look like much in the image but it was wonderful to hold and examine and I am now wishing that I had kept it a little longer.
_________________
Now you should know by now that Potty and I need to see your bottom - we're funny that way!

Here is the reverse of the dish and her incised mark. 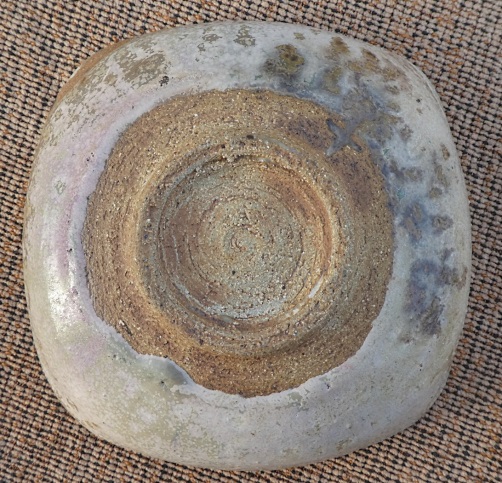 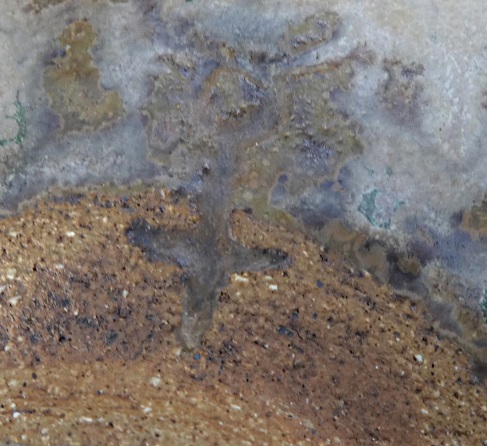