This is, in my opinion, a very well-made little specimen vase, just under 3" high, with a very narrow neck - the actual hole is less than 1/8" in diameter.
The glaze is very cold, hard and 'flinty' to the touch.
The incised mark looks to be DS; the D was certainly incised first as the S cuts through it.
The general form and proportions of the pot suggest an experienced potter to me, but the mark doesn't look very well thought out with the S being so elongated, and I would have thought that the vertical line of the D would have been incorporated into the long S, although maybe that was deliberate as otherwise it would look like an 'SP' mark (and there's too many of those around already!).
Anyway, all suggestions gratefully accepted. 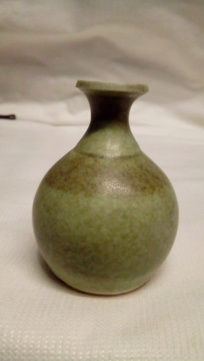 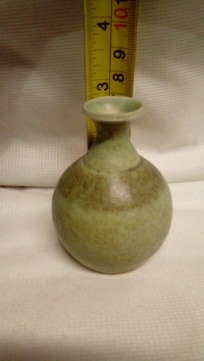 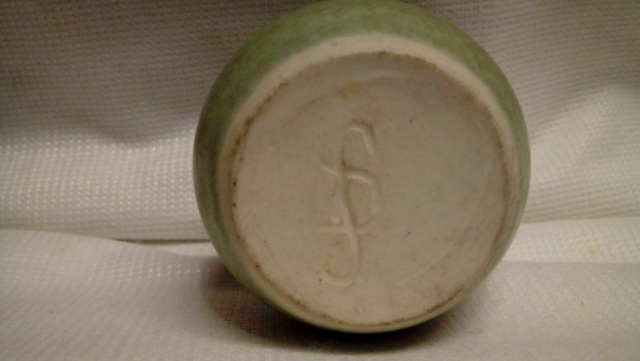 Maybe, but the small vertical line that runs off to the left makes me think it's a D rather than a P; it would be longer for a P. It's possible that the curve may represent both D and P with the vertical of the P incorporated unto the S or F, so it might even be DSP or DFP.