Can anyone id this mark, the Teapot & milk jug, the Teapot approx 8 inches high.
there appears 2 different marks by the same designer. 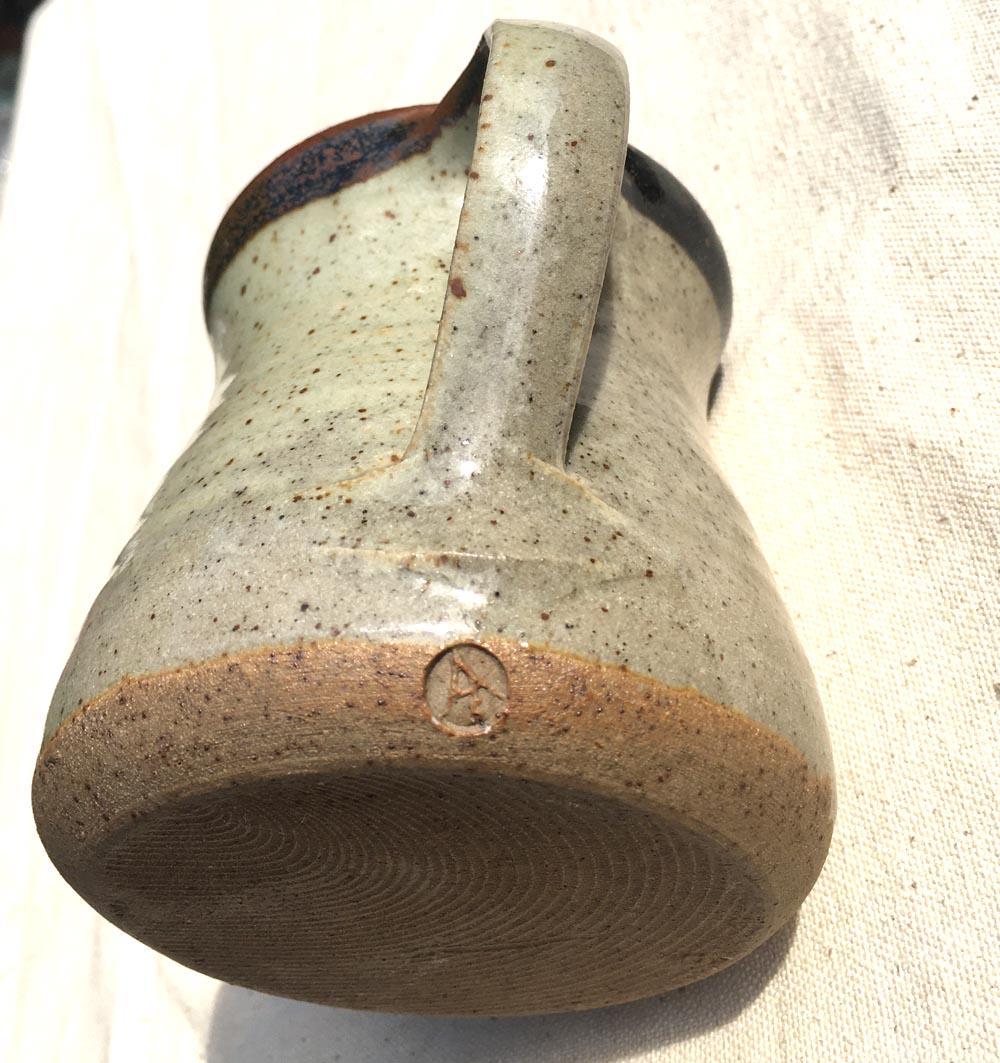 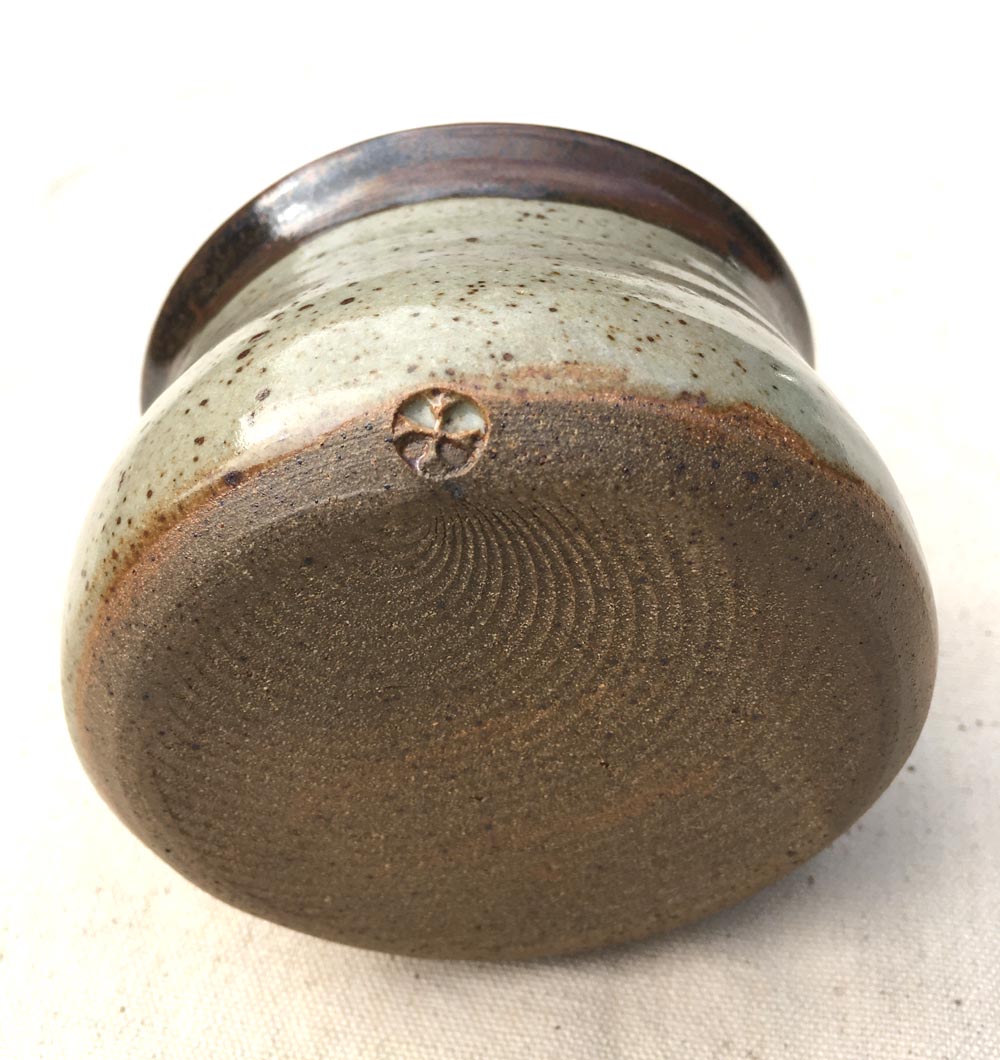 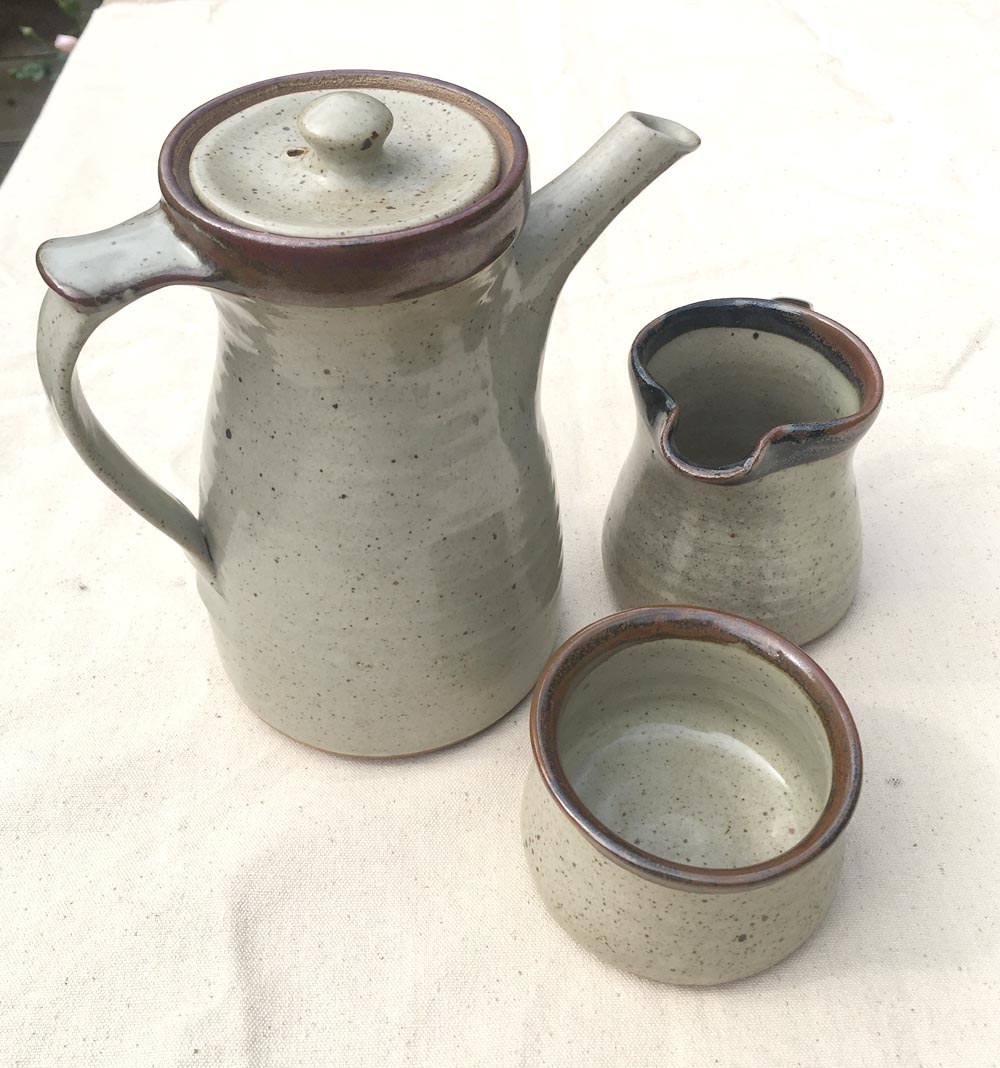 Geoffrey Whiting. The A with the dot is Avoncroft pottery which he used from 1955. The Cross is St Augustine's which he used from 1972-88. He sometimes used both together. He is quite a widely regarded potter, and has his collector's. Amongst others Edmond De Waal was an apprentice with him.

Wonderful to see the St Augustine mark at last.