This glass is tiny but beautifully proportioned, barely an inch and a half high, so the bowl is about the size of a bottle's screw-cap. The acid-etched mark under the foot was in use from 1930-1947. 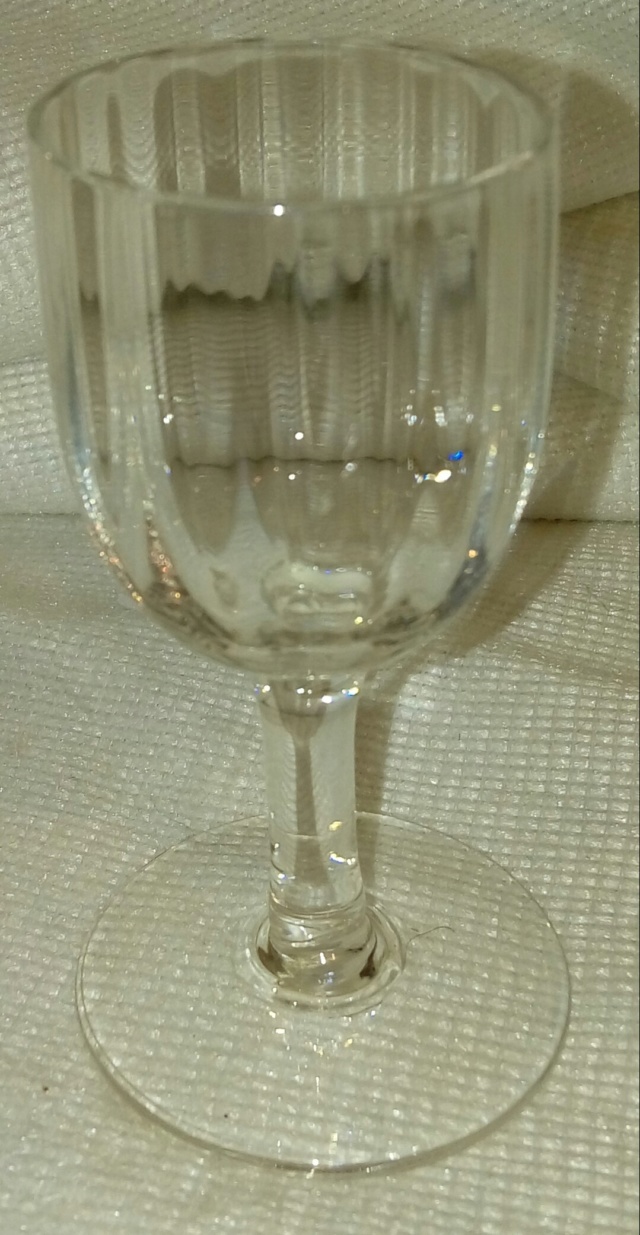 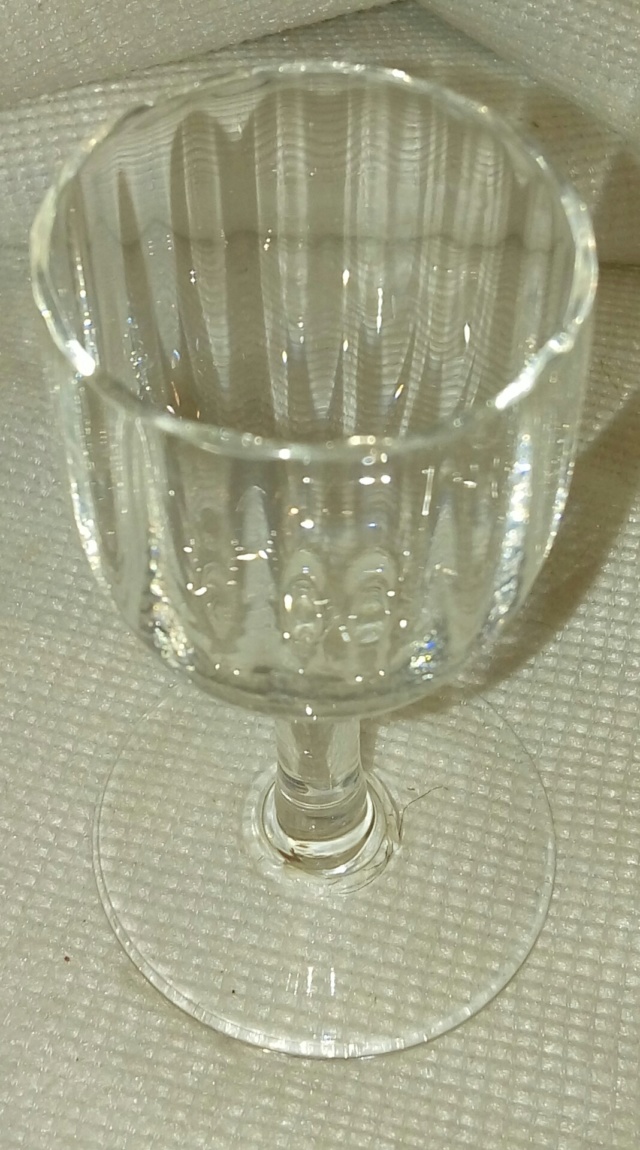 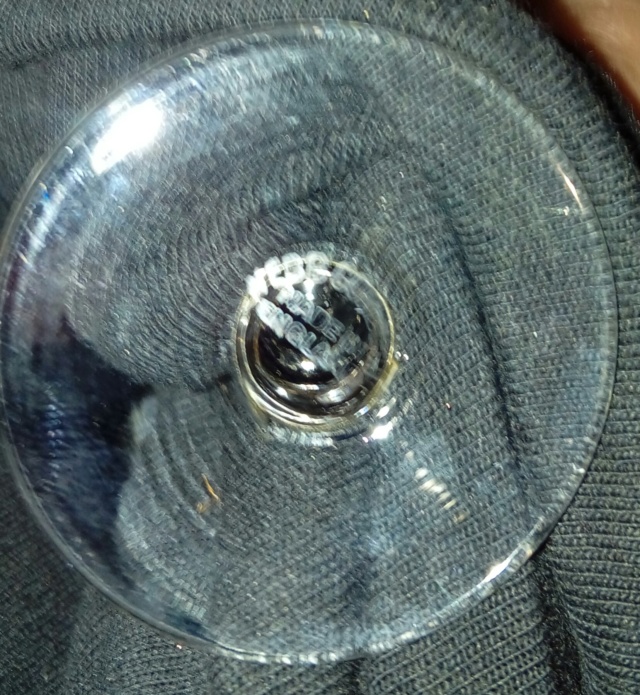