The Oxford Anagama Project is an Oxford University project in Wytham Woods, Oxford. One of the leaders was Jim Keeling of Whichford Pottery. 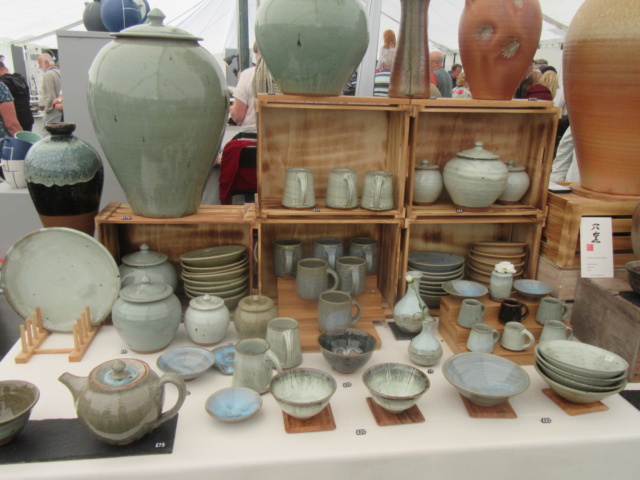 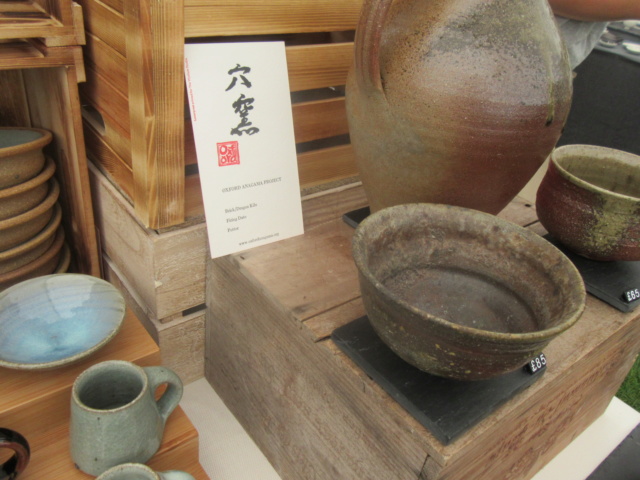 Do you recall if this the Keeling’s work? They fired a lot at the kiln to test it. Robin Walden and Harriet Coleridge fired there too, but a bit later, I think) The pieces look too good to be by the hobby potters who were also allowed to fire there for a small fee (I took some of Steve Booton’s bowls up but they didn’t get enough ash on them to give a good bizen ware style)
_________________
Just my personal opinion, take it or leave it.

Unfortumately I did not inquire closely Naomi. I did not know the fine details of the Project then. The ceramic fairs are often so overwhelming with ceramic goodies that it becomes too much to take in on one visit, and I used the pictures I took to look at the potters work on the net.

The Project is still in operation and it was in fact set up to build two anagama kilns in the woods north west of Oxford and then to use them and to continue to use them. Of course, due to the current situation nothing is happening at the moment, although I know a firing was planned for around this time this year.

The pots above at Hatfield in 2017 would not have resulted from the first firings of the kilns in early 2016 but from a firing in 2017 and, as I did not visit the kiln firing/opening in 2017, I could not comment on who made the pots shown but suspect that they were by numerous individuals.

After the firing of one of the kilns in January 2016, all of the acceptable work by Adam Keeling, Jim Keeling and Kaz Ishida was shipped to Bizen for an exhibition which I understand sold out (Note: I did get first dibs on some of Kaz's and Adam's pots)
_________________
Now you should know by now that Potty and I need to see your bottom - we're funny that way!

Here's a guinomi made by Kaz Ishida, the young Bizen potter that came over to oversee the kiln building and the first firing of both kilns.

This came from the firing in January 2016 and had been thrown by Kaz at Kigbeare studios in Devon where he produced some of the work for this firing and for his Harlequin Gallery exhibition earlier that month. 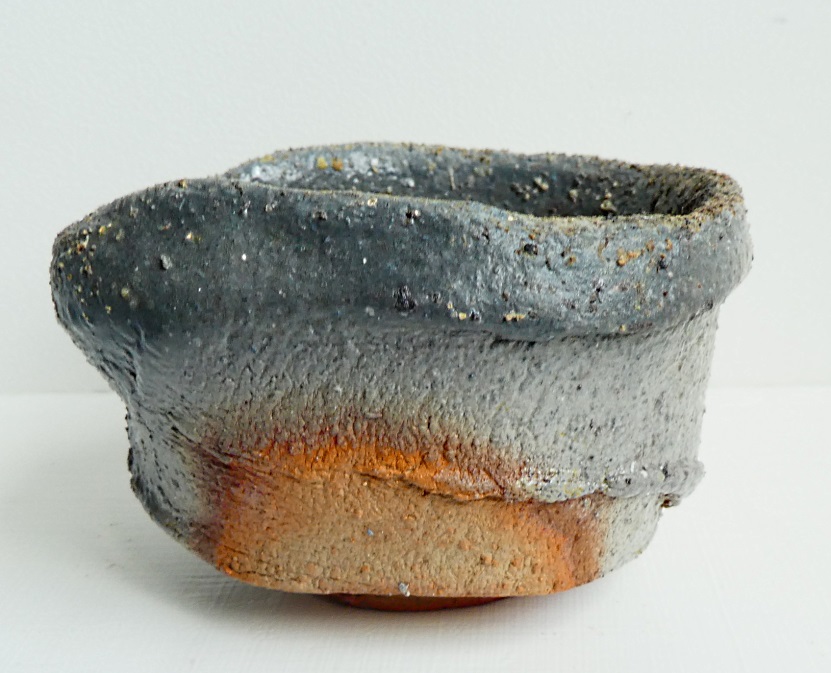 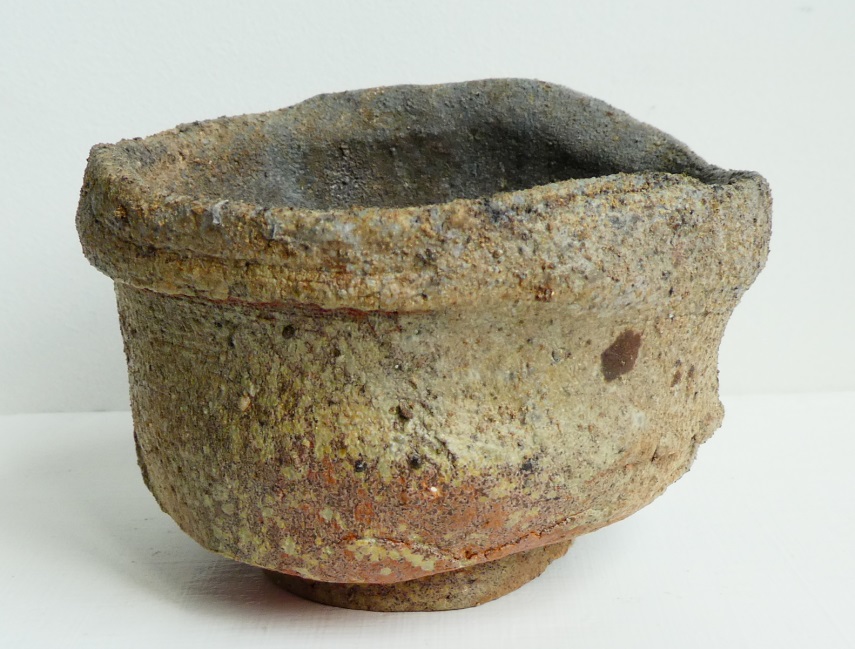 The Keelings had an exhibition at their Winchford Pottery of the work that was fired at Wytham Woods, along with Kaz and his companions works. Robin Walden and Harriet Coleridge have also fired work at the kiln, and again sell it at their own studios.
I’ve moved the thread to General Pottery Discussion and will add photos from the Anagama Kiln firings
_________________
Just my personal opinion, take it or leave it. 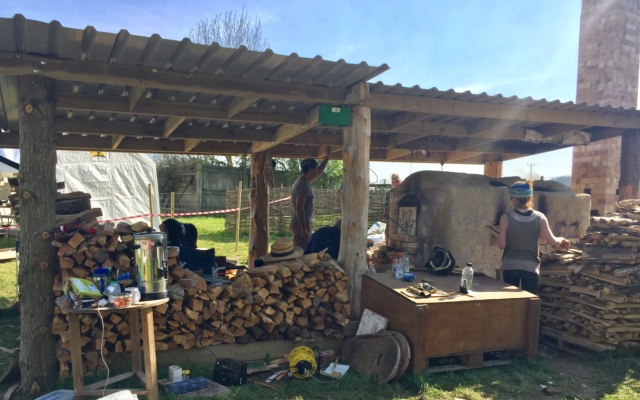 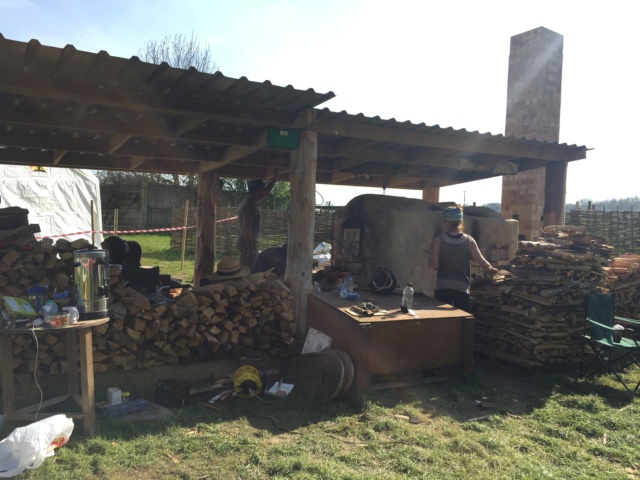 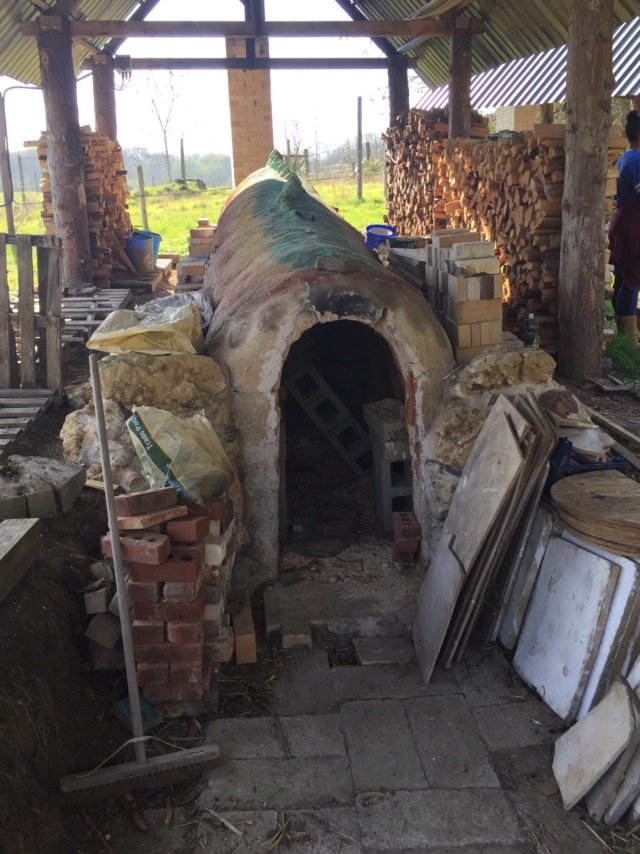 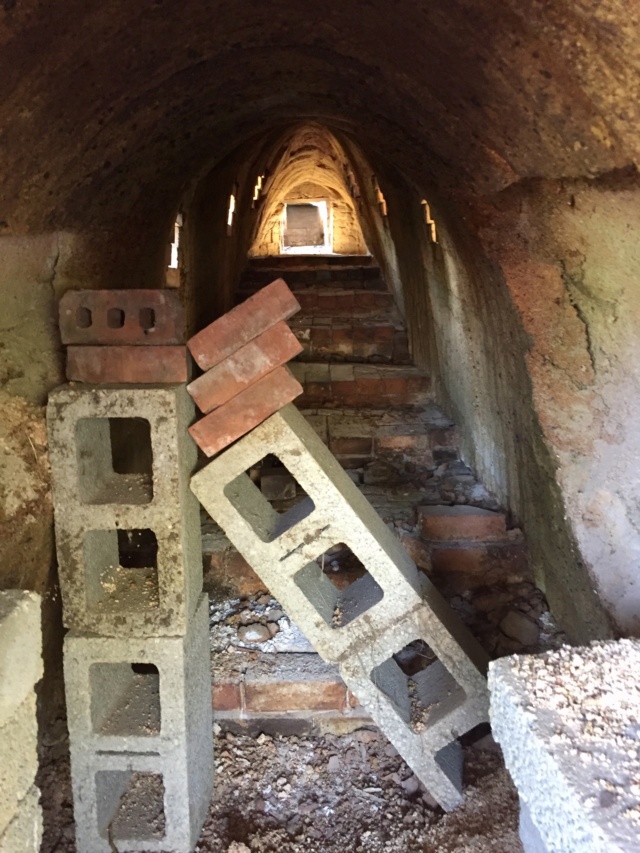 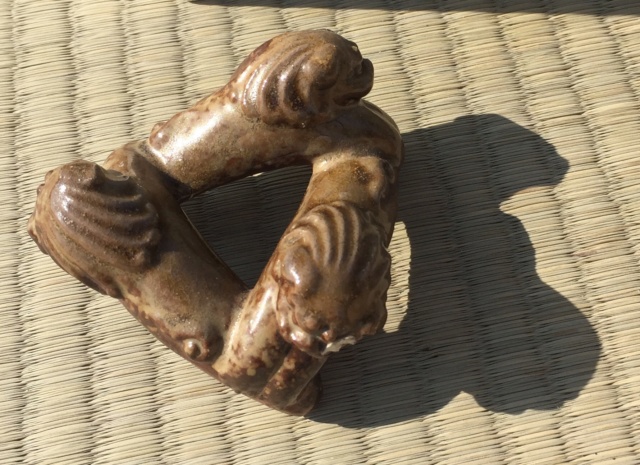 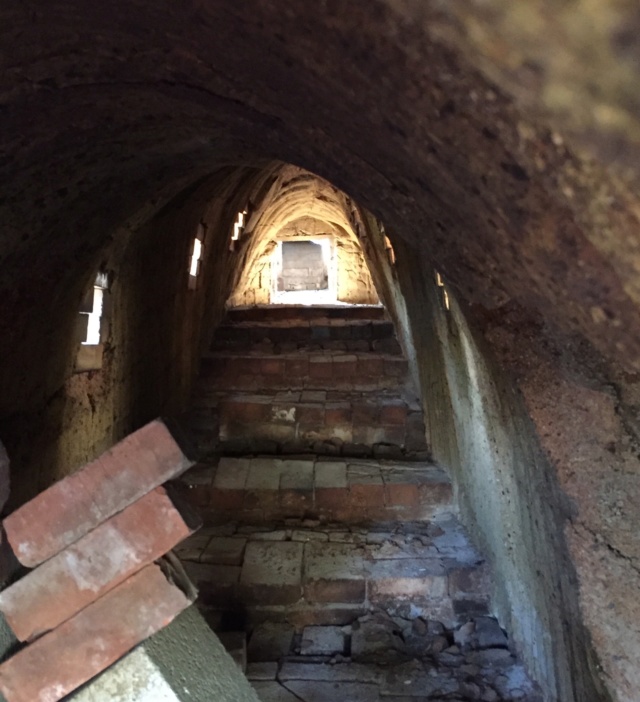 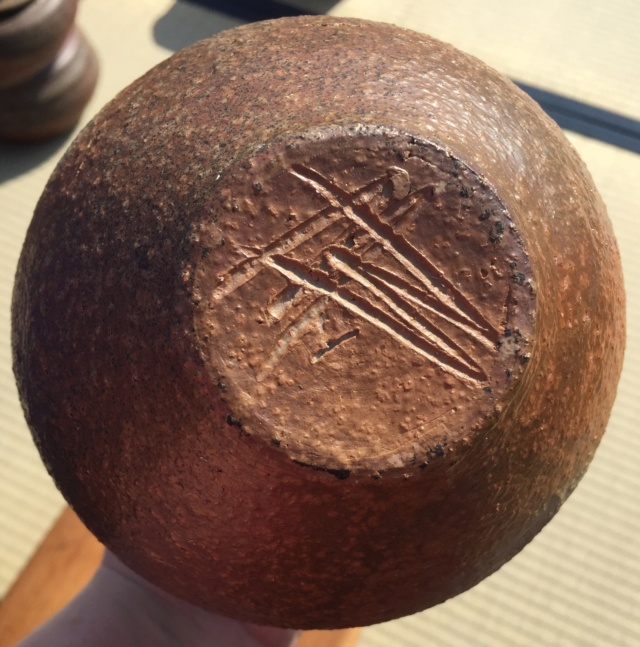 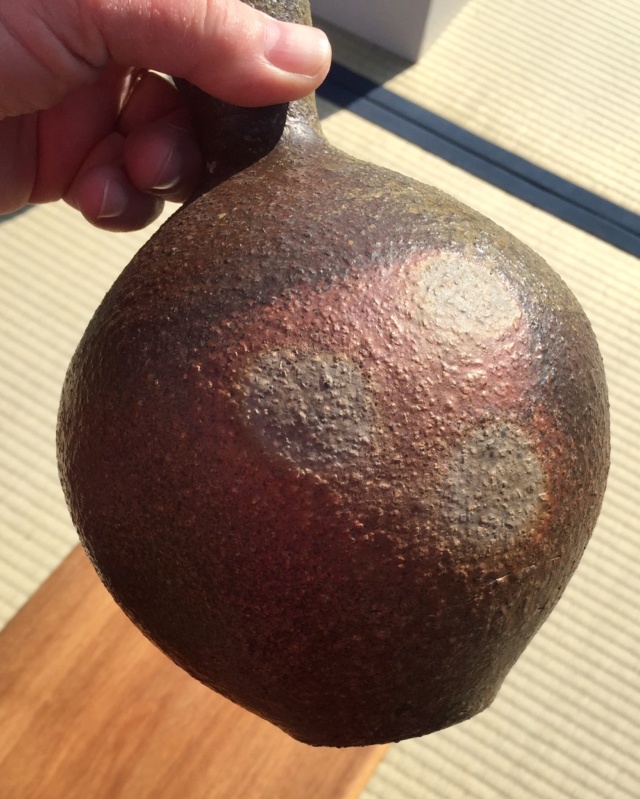 Also a water pot which might have been by Adam Keeling. I domidnt check.
And a vase with a mystery MA stamp 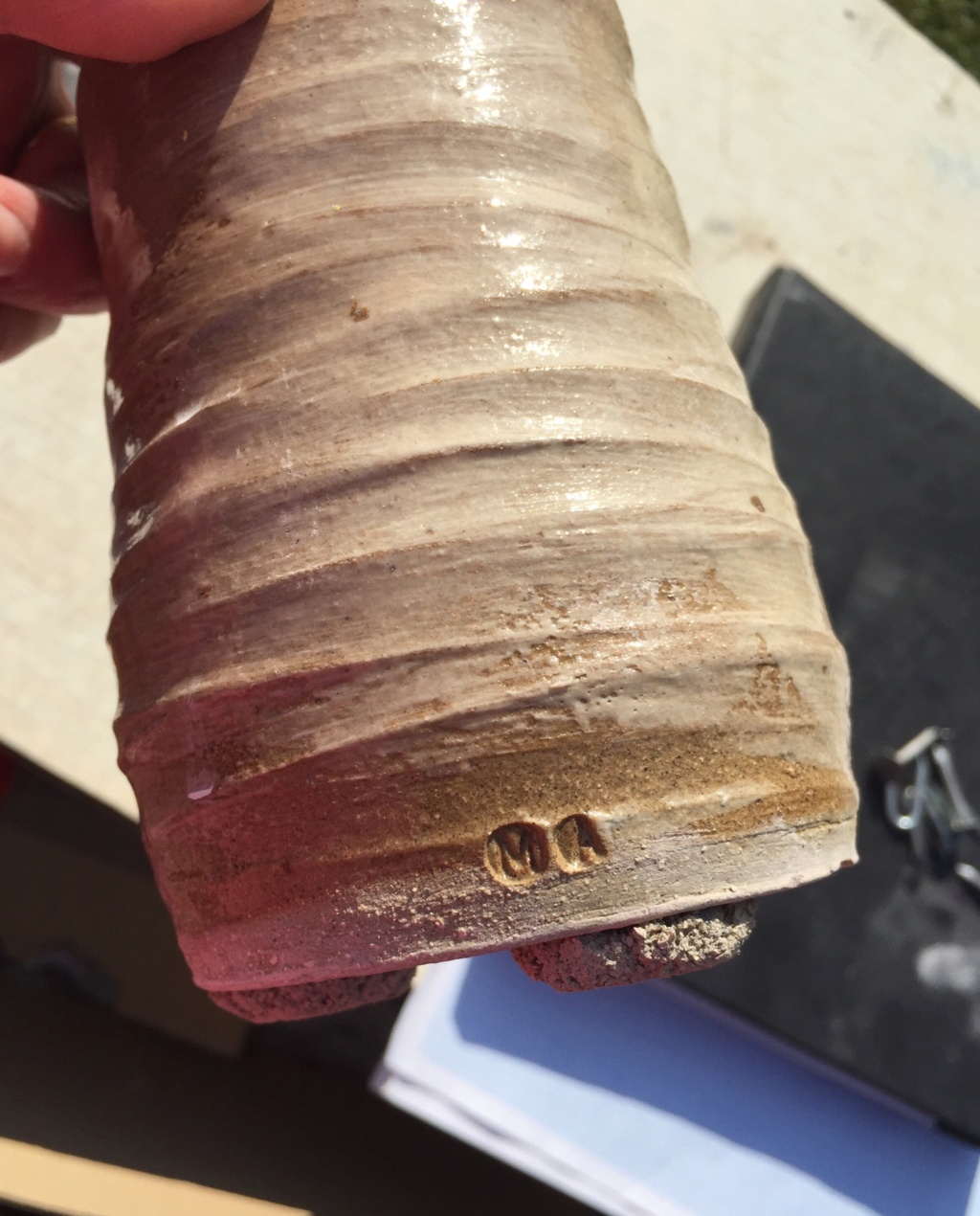 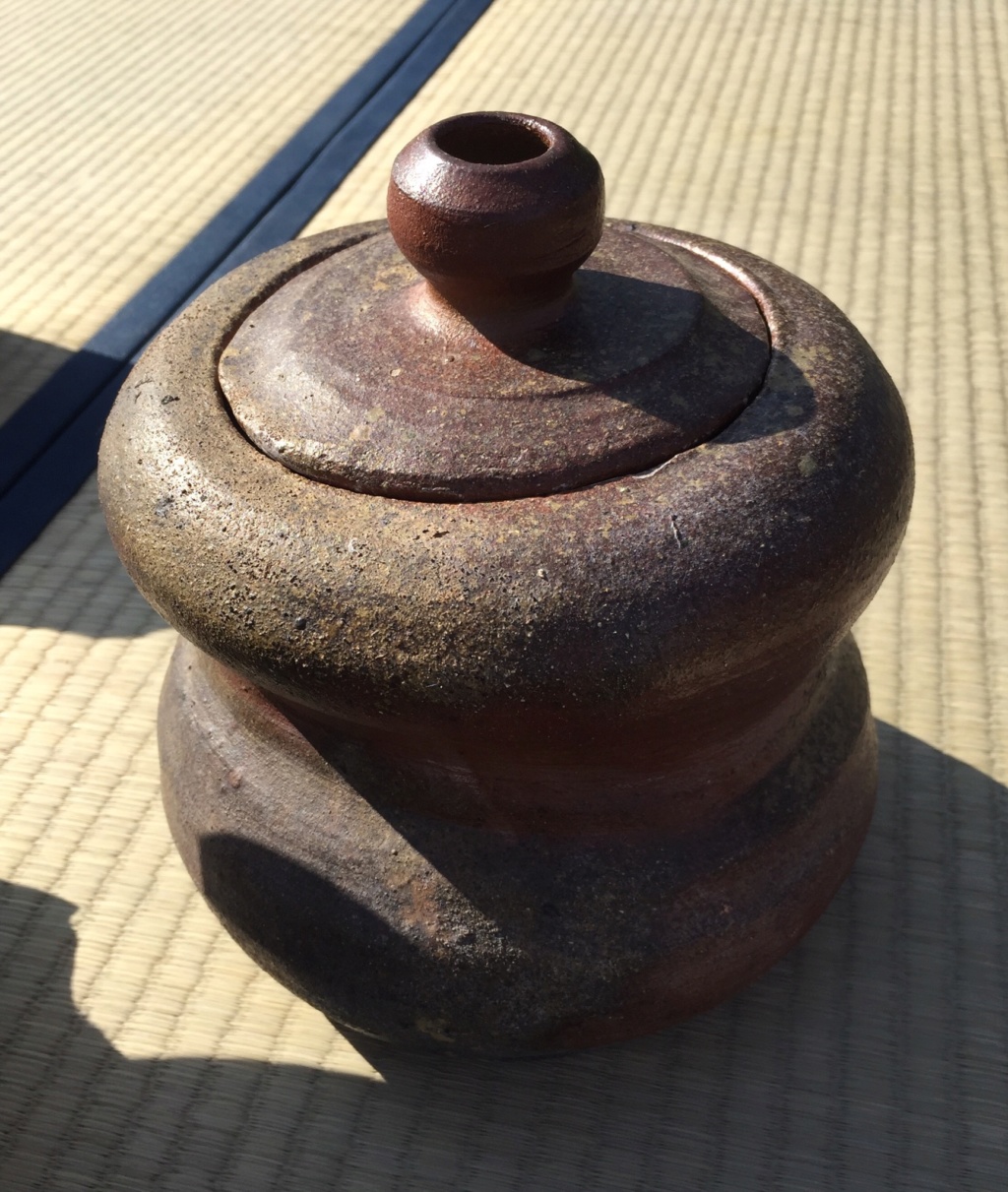