I noticed this today to the left of me when sitting by my computer and I don't think that I ever listed it here before. If I did, then it wasn't identified. 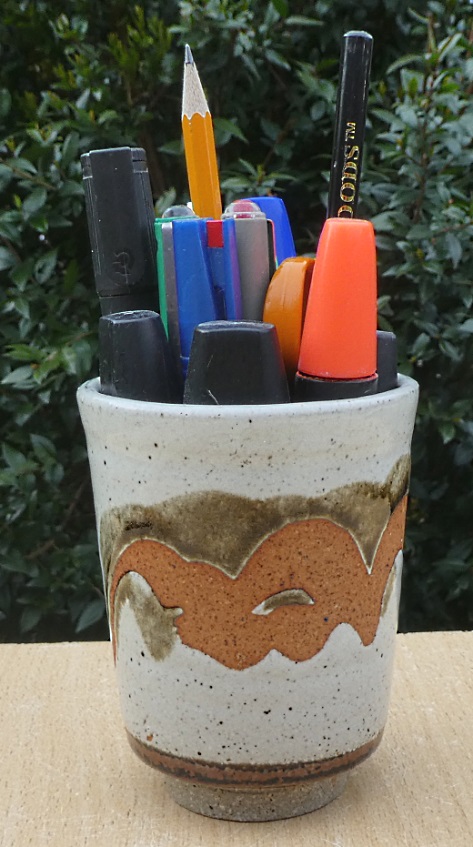 Here's the base and mark. Any ideas? 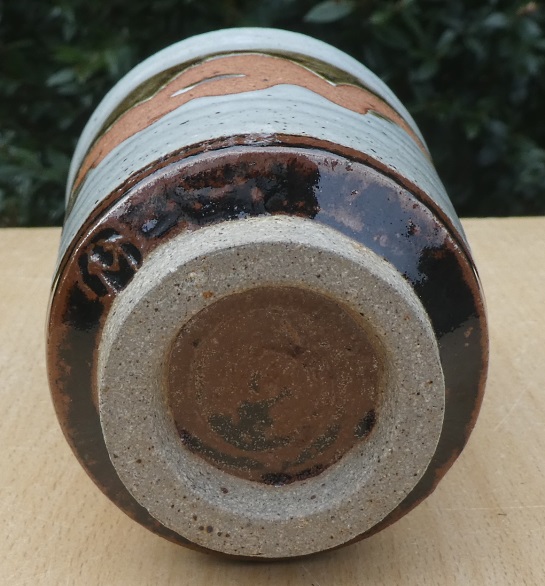 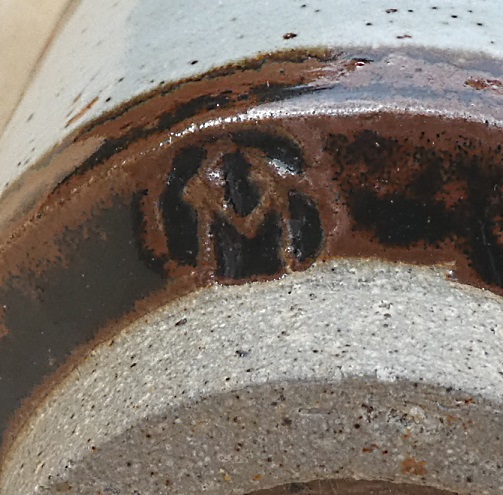 It's well done technique wise but a "little stiff" but it is fit for purpose, although it might not have been meant for what I use it for.
_________________
Now you should know by now that Potty and I need to see your bottom - we're funny that way!

Thanks, Naomi. It does look like the same mark but, I assume, because you haven't found any other pots or info. about Andy Morley that you have included the word "attributed"?
_________________
Now you should know by now that Potty and I need to see your bottom - we're funny that way!

Tbh, it’s more a case of not bothering to investigate further! :D
But I’ve just googled Buckfastleigh Pottery and it looks like the attribution is correct. I’m looking after my mother for the next few weeks and didn’t bring my Marks books down with me so I don’t know if he’s in the latest edition 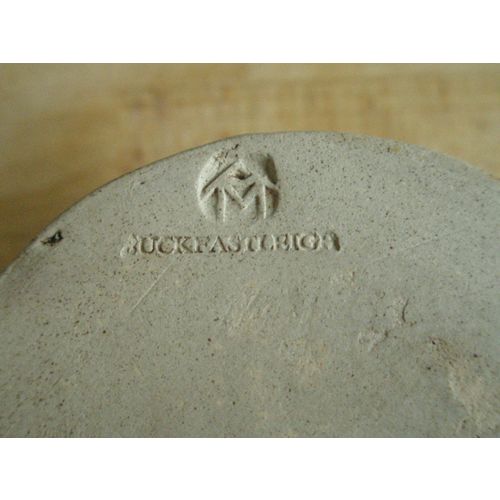 NaomiM wrote:Looks 70s-80s to me. Loads of 70s potters weren’t included in the 2nd edition, and had retired or died by the 3rd edition

I would agree with the date you suggest but hadn't thought of how additions were made to later editions of the "Marks book". Thanks.
_________________
Now you should know by now that Potty and I need to see your bottom - we're funny that way!

Seems Morley didn’t make it into the Marks book because he moved to France in the 80s and is now retired. He was initially potting in Bath and then moved to Buckfastleigh in 1973, and then in France from 1981-
So pretty typical of the many 70s potters who were missed out of the 1st edition of the Marks book for whatever reason (I don’t know when it was published) , and then would also have been missed out of the 2nd & 3rd Edns because few were still potting by then and there were more than enough new potters to put in without chasing up dead ones and retirees
_________________
Just my personal opinion, take it or leave it.

With that information is seems quite reasonable to believe that he made it but, with not Bustfastleigh mark on this pot, perhaps more likely to be pre-1973.
_________________
Now you should know by now that Potty and I need to see your bottom - we're funny that way!