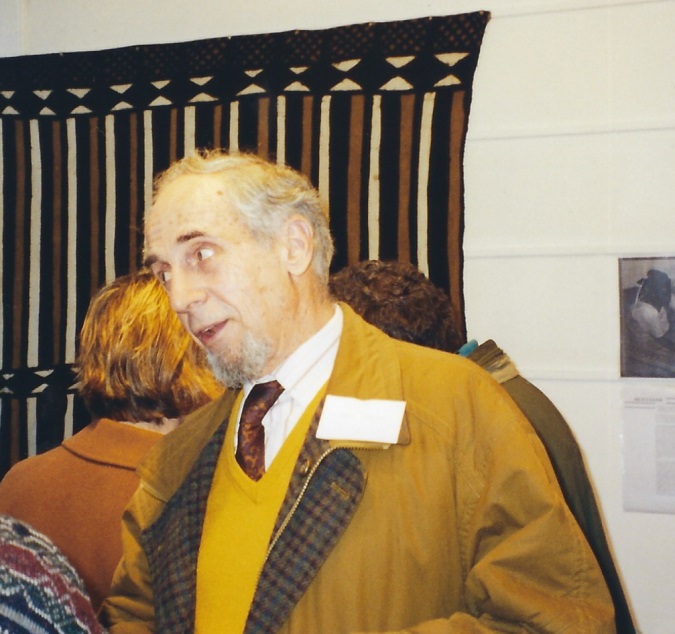 The potter Michael OBrien, who was born in 1930, spent about six months out of every year in Nigeria well into this century. In effect, continuing the work that Michael Cardew began there in the 1950s.
Michael OBrien was a painter when he decided that he would like to take up pottery and felt that Cardew was the best teacher available at the time. The problem was that this was in the early 1960s and Cardew was out in Abuja, Nigeria. However, Michael O’Brien wasn’t deterred and travelled to Africa and took up an art teacher’s post to support himself while studying with Cardew. Then when Cardew returned to Wenford Bridge in 1965, Michael O’Brien was asked by the Nigerian government to take over the running of the Pottery training Centre in Abuja which he did for the next 7 years.

The photograph above was taken at the first Harlequin Gallery exhibition after I took over the gallery in early 1999, which included his work, together with that of Ursula Mommens and Chris Lewis.
_________________
Now you should know by now that Potty and I need to see your bottom - we're funny that way! 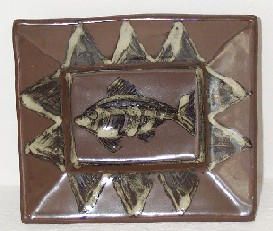 An oblong stoneware footed dish by Michael. Note: these were very rarely marked.
_________________
Now you should know by now that Potty and I need to see your bottom - we're funny that way!

lovely pottery, Michael looks like he may know how to spin a good yarn
_________________
Due to travel restrictions the US was obliged to hold the coup at home this year

He's another photo from the same private view. There's Lisa Hammond behind his left shoulder. The Japanese lady is Itsuko Shida, who was a ceramics student at the time but had to stop potting when she was still young. 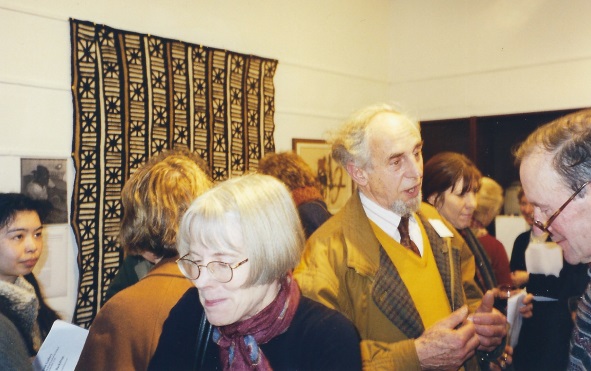