I have been doing research on the markings

So todate if above is correct still looking for the E mark Meaning ?

I hope you can help

Thanks as always
Alex 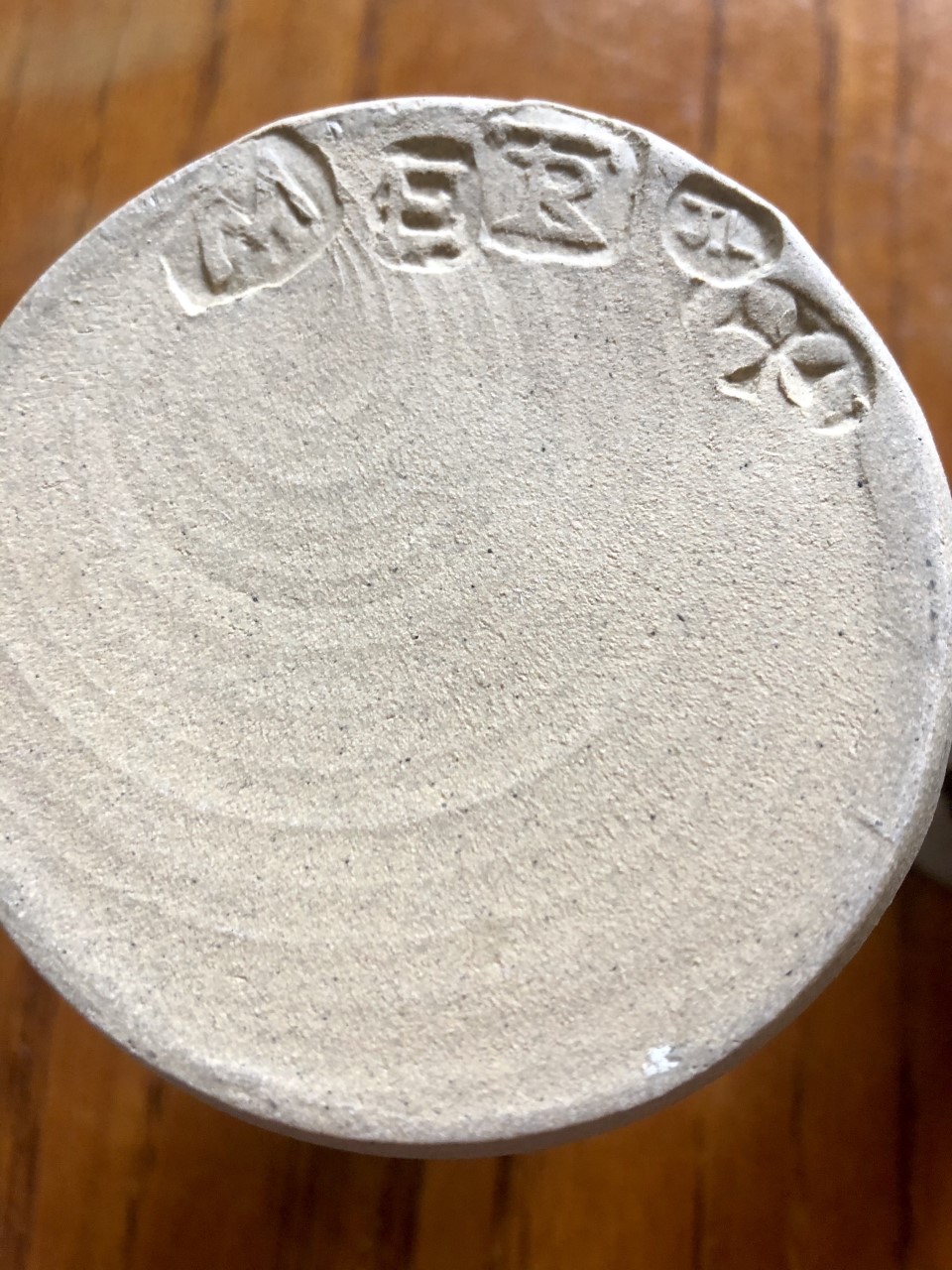 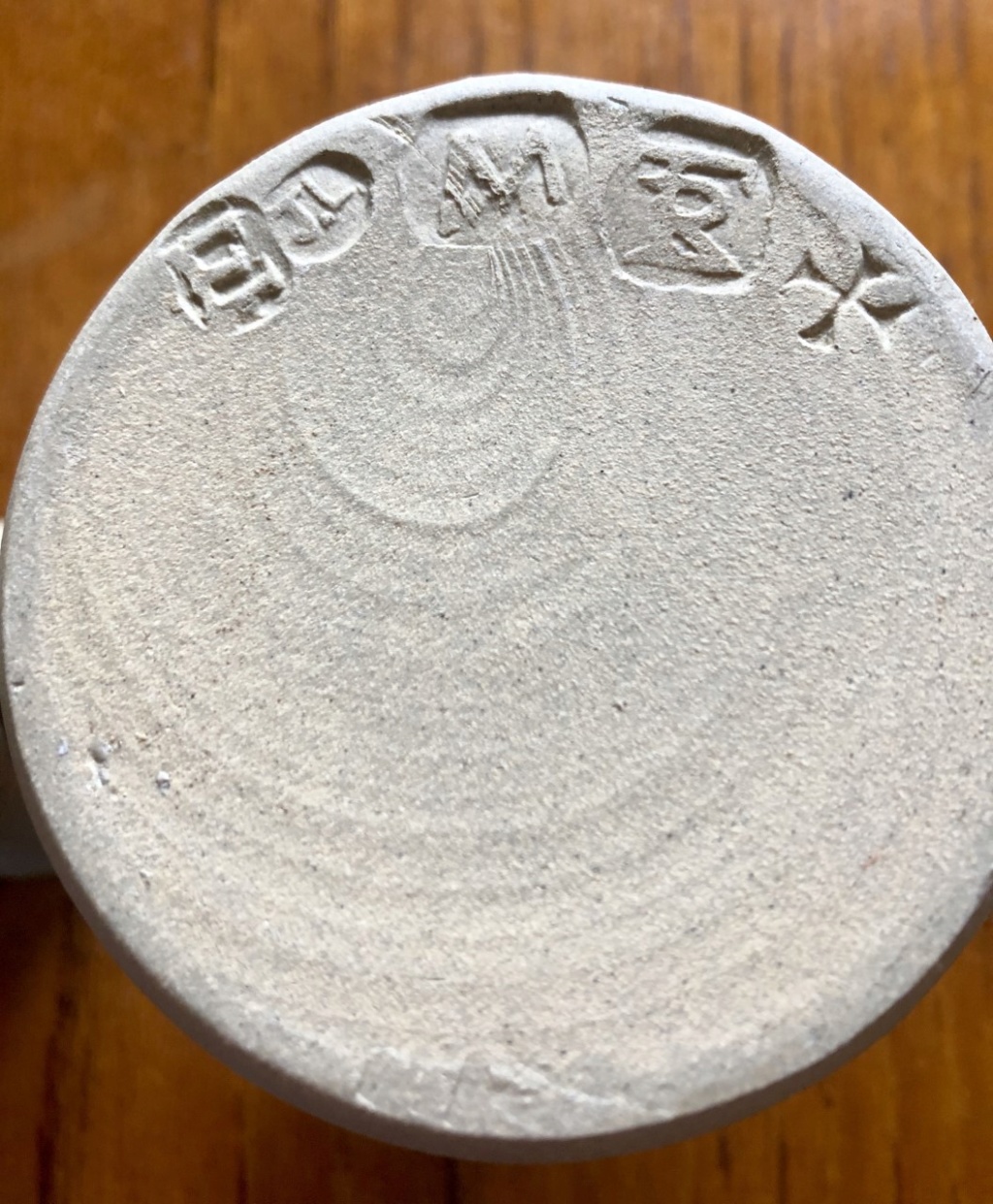 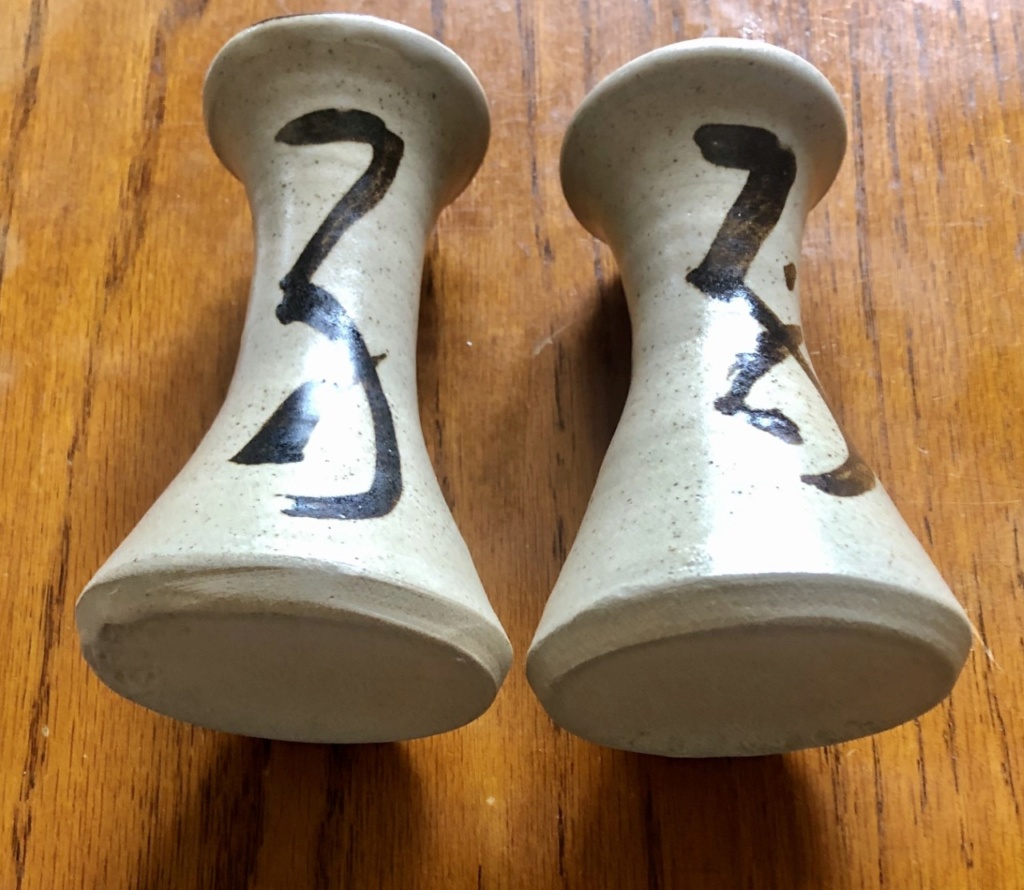 Jeremy Leach loves his stamps. You can always tell one of his pots just by the number and variety of stamps on the base :)
_________________
Carrot cake is just fake cake

Thank you for your Help

With reference to the M
i Came across this info


Stamp for Matilda Pottery "M", Hay Tor which existed for just a short time and initialled by Jeremy Leach

SP explains about halfway down on this page here:

Just tried to make sense of Jeremy's marks for the BISPM database:

Timeline from the Marks book:

Jeremy has used numerous stamps on his pots over the years:
CP stamp was used at Craft Pottery in London. Prior to that he used a DS stamp for Dauntsey School in Wiltshire but I've not seen an example of it.
The fish, and then the cross stamps signify his Christian faith.
TR stamp stands for Robert Tinnyunt at Lowerdown Pottery (L+ mark) although Tinnyunt was just finishing there when Jeremy arrived in 1970 so it may be as a thank you to Tinnyunt for training him, especially since it also appears later, on pots stamped with the M and E pottery marks. Also the vase shapes and glazes are very similar to Tinnyunt's so there may be other reasons for using it.
Jeremy returned to Lowerdown several times so the L+ stamp is not always accompanied by the TR stamp.
M is for Moorlands Pottery - often referred to as Matilda Pottery (sometimes written Mathilda) based near Hay Tor. Legend says the pottery was named after a favorite aunt but the Marks book has it down as Moorlands so Jeremy must have corrected it, although it's sometimes accompanied by the E stamp which he used at The Edgemore Hotel when he returned to Hay Tor in 2014, in which case the Matilda story would be correct.
The handwritten JL ME mark was on a tankard I bought at Muchelney Pottery in the 2010s, although the M and E might stand for Matilda / Edgemore Pottery rather than Muchelney, although he might have fired them at Muchelney.
_________________
Carrot cake is just fake cake