I'm intrigued by the triangular sections on either side of this 8" high pot. At first I thought it was achieved by masking off the area with wax, but looking closer the sides of the triangle at the apex continue under the glaze, very faintly, which suggests that the shape was lightly incised as a guide for cutting out a section.
I would still have assumed that it was simply a masked-off area except the triangle is also visible on the inside of the pot. That part was hard to photograph, it looks like shadow, but the impression I get is that the base and two triangular sections were made seperately from the rest of the pot then joined together. To my mind, that seems to be a lot of work to achieve the final look when masking the triangular areas and base before dipping in the white glaze would be a lot quicker.
So, who is CC? and are my thoughts on how the pot was made anywhere within a mile of being correct? 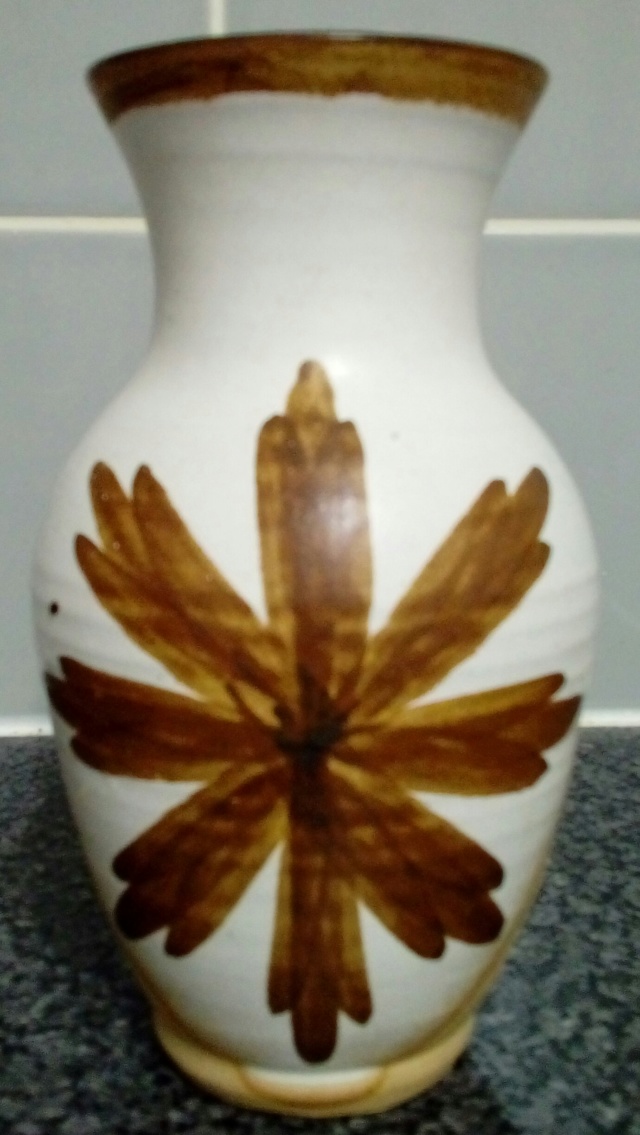 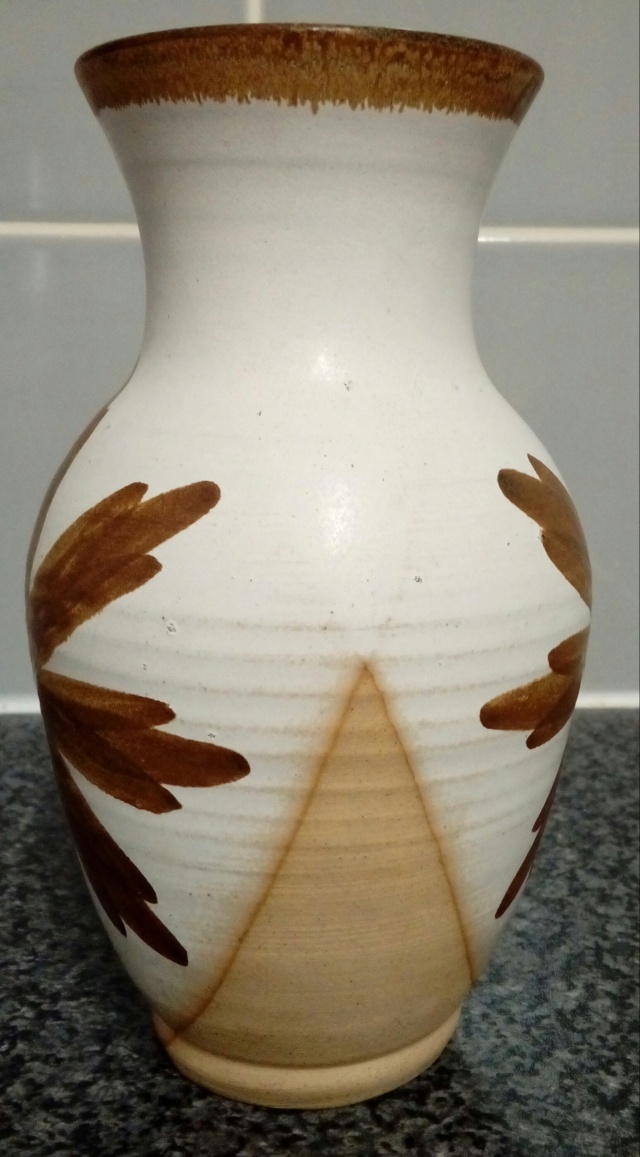 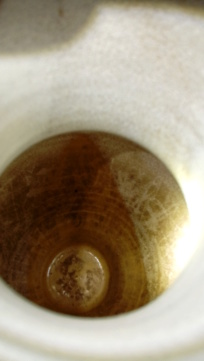 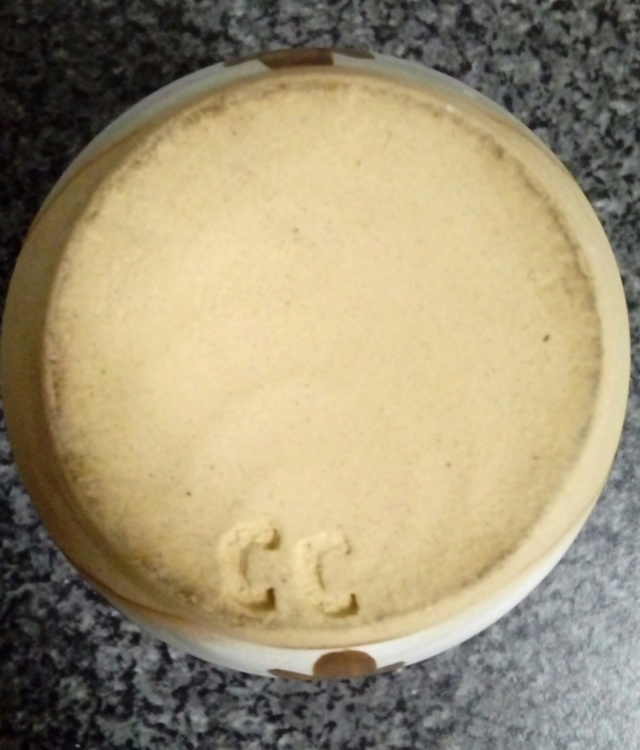 Would you not get those triangles by incompletely dipping in glaze twice - turning through 180 degrees between dips?

Chris Carter has been potting since 1971 and this vase does have a feel of being from the 1970s. Therefore, as Naomi says, it could be by him.

He is still around and could be contacted.

However, if I was Chris Carter and got the image sent to me, I think I would deny it was mine, even if it was.

I would agree. Times and fashion change. This one does look very much of its time. Chris Carter is a very interesting potter tho. He did develop a great deal in his career. His later work - somewhat influenced by Lucie Rie- is quite collectable, as its rather nice.

Thanks for all the input, much appreciated. Having looked around the net for an hour or two it does appear that it is a Carter piece. The method of leaving a clearly defined geometric section unglazed is something he did early on in his career.
As to how the effect was achieved, it may indeed have been done by double-dipping, and though it would have required a very steady hand to get such a sharp edge it does seem the logical answer. It would also have required at least three glazes since the interior has had a caramel-coloured wash which stands out against the lighter glazes, obviously to waterproof the part that would otherwise be unglazed.
I was going to say that it seems like work for the sake of work to decorate the inside of a pot to reflect the outer, but on reflection this would be the natural result of careful dipping.
To better show the inside I have today scrubbed away the detritus of the years to get a clearer image. It was bloody filthy! 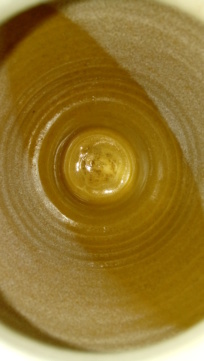 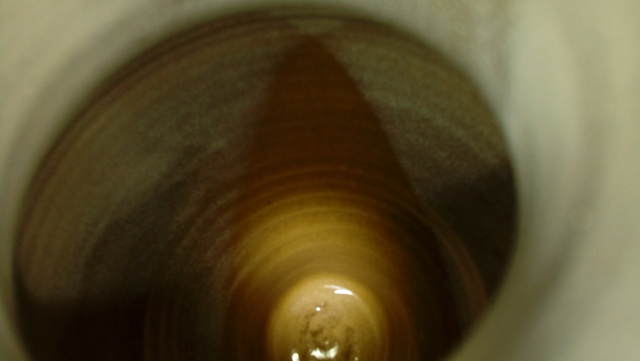 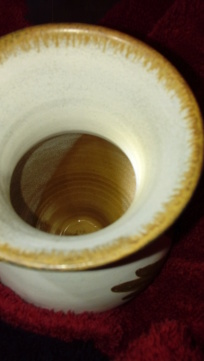 Philpot, I've been looking at some of his most recent work which was inspired by archaeological finds from the Neolithic and Bronze Age. Some fascinating pieces.