On the face of it this is clearcut. It's a vase with a transfer printed 'Indian Tree' type pattern, and clearly marked 'Bretby England 1165' underneath.
However, there's something about it that doesn't seem right and I can't quite put my finger on why. It just doesn't look like a Bretby piece, I can't ever recall seeing an Indian Tree type of pattern on Bretby, it appears too new, and I don't recall seeing Bretby marked like this one.
What do you knowledgeable folk think? Is it a very late piece of Bretby or a modern fake? 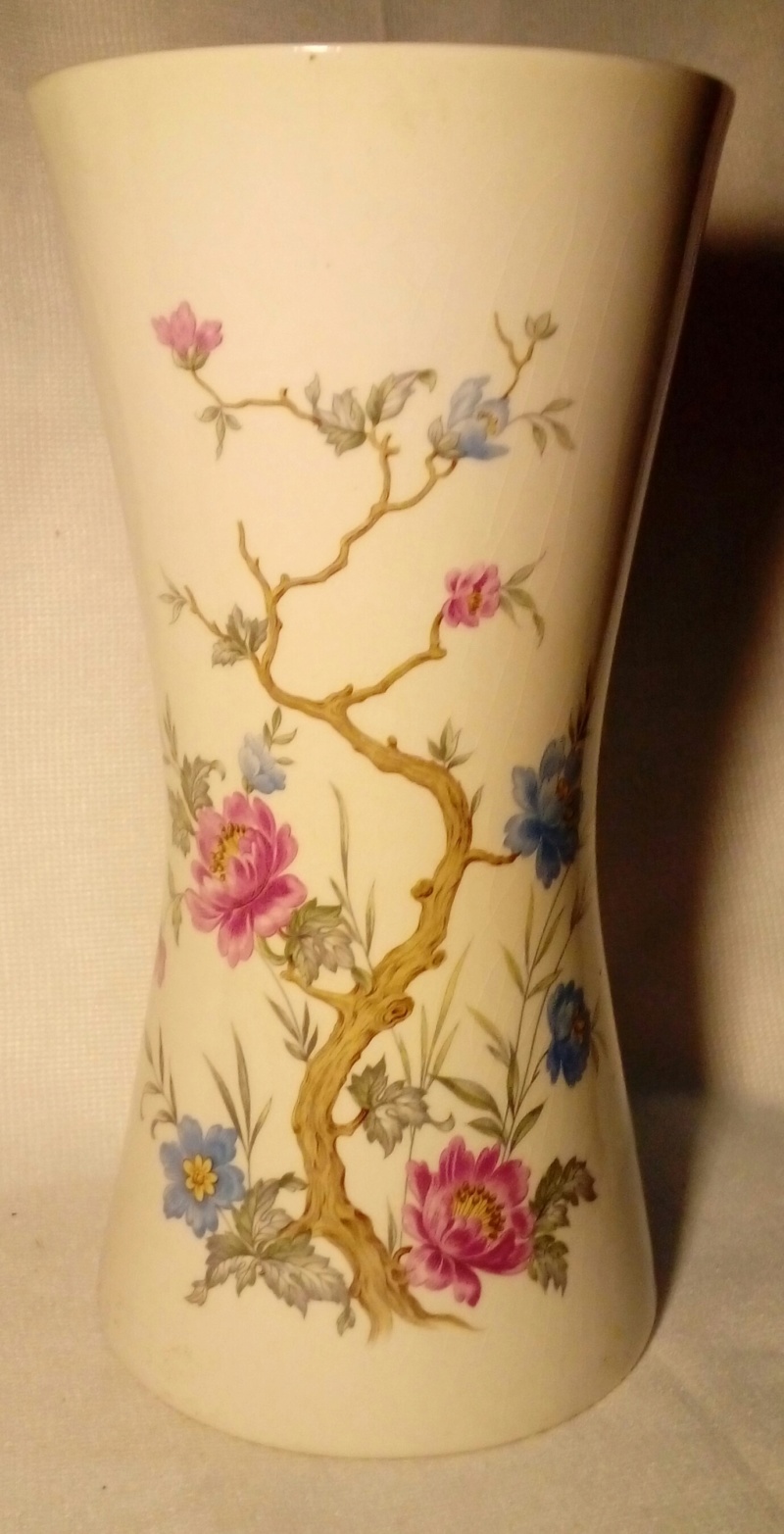 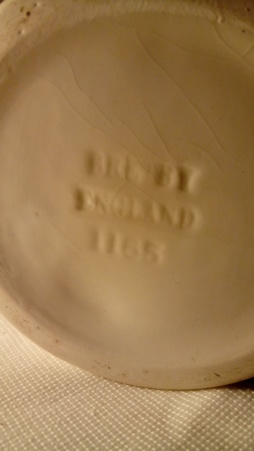 They did do some pretty mundane stuff in the later years.
Not sure why anyone would go to the trouble of faking it.
The specific mark is not in the book. The shape number, if correct is from 1897,
but they could just have re-used an old mould.

It's a pleasant enough vase, I suppose, and I do like the shape, but Bretby is the last name I'd have expected to see on its bum. Johnson Brothers would have been my guess as Indian Tree was one of their more popular ranges. It still sells quite well on ebay with almost half of all listings selling.
Still, Bretby it is, then. I don't deal in pots nor sell on ebay (too much hassle these days, and apparently telling the chancers to f@#k off gets one negative feedback, plus the rules are too heavily weighted in favour of the buyers - even the blatant cheats) so I've got a feeling it might find its way to a charity shop.