I’m not sure if this is 18th or 19th Century traditional slipware plate , or a 20th century studio piece.
Glaze is honey with combed brown. It’s the edge that’s somewhat odd as it’s not rounded or pie crust and is unglazed. I wonder whether it was cut. Plate looks press moulded rather than thrown. 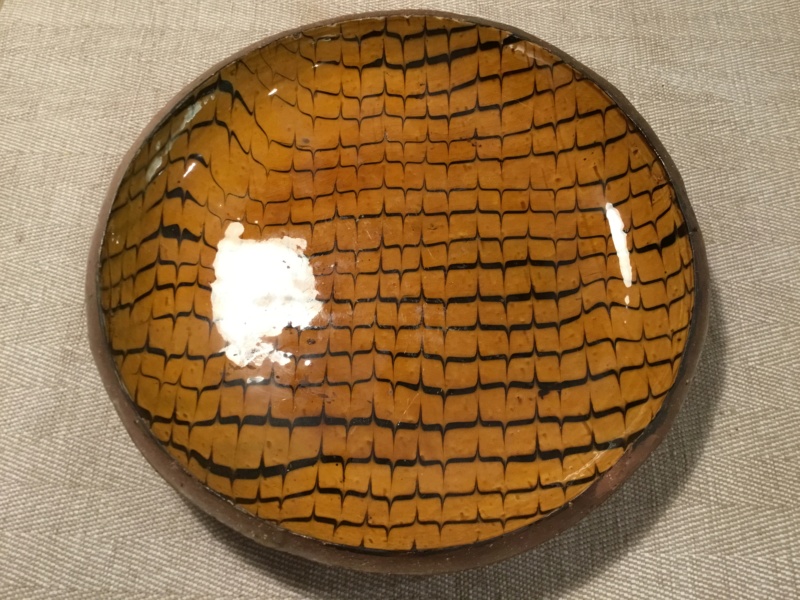 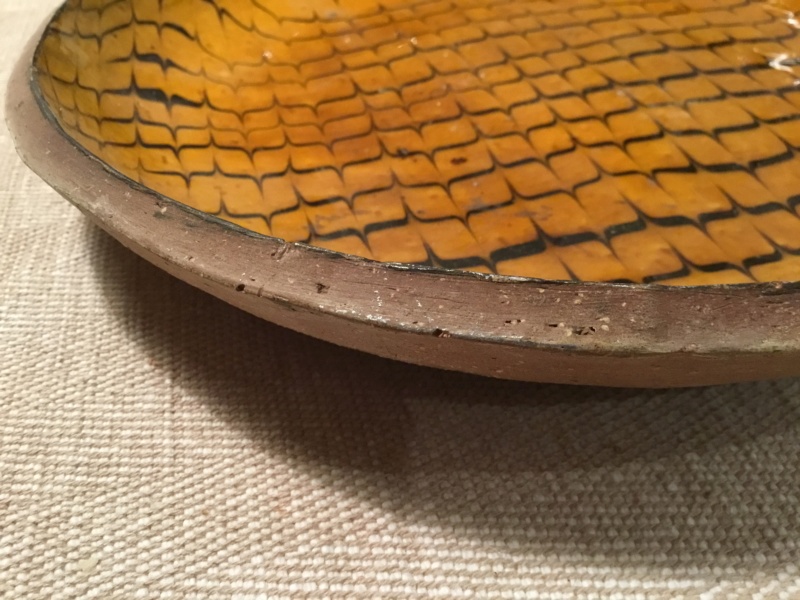 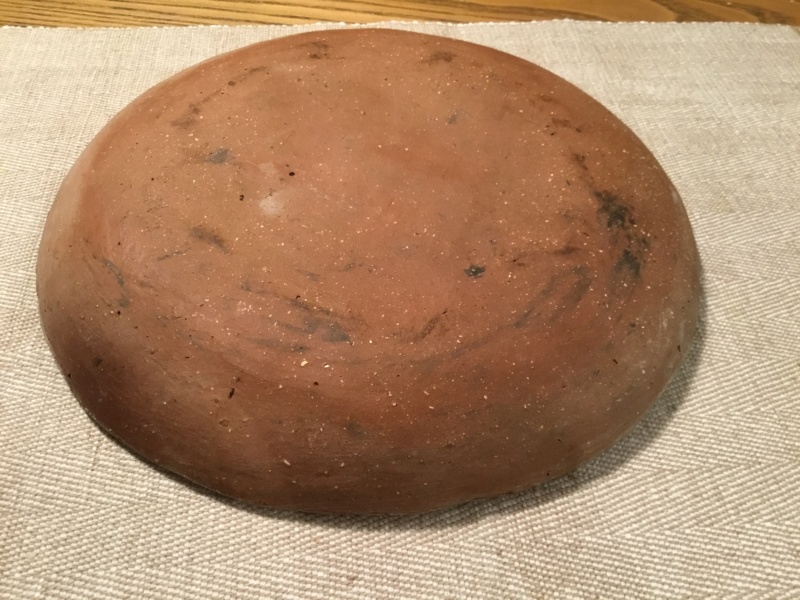 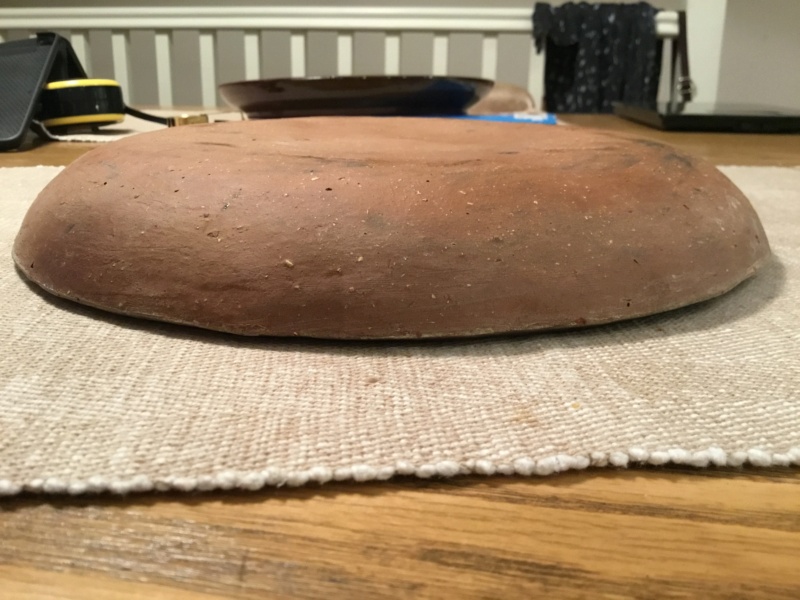 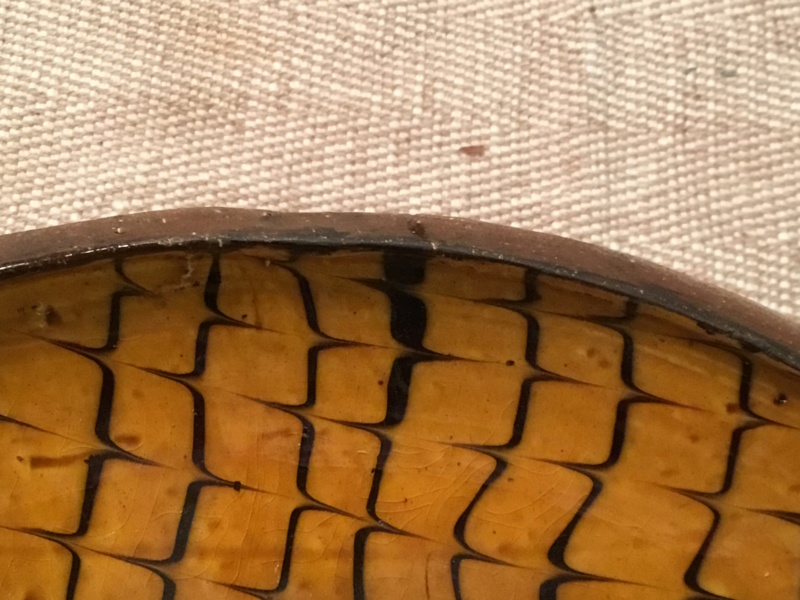 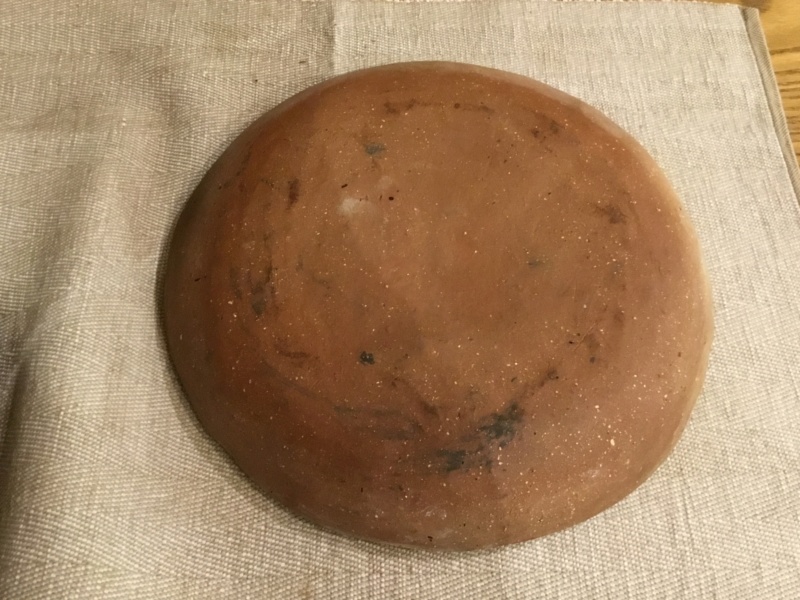 Thanks, I’ll see if I can find out if it’s likely to be a Devon piece or somewhere else.

Antique methinks. With that decoration better quality than the average country pottery (and there were a LOT of them!). Some of the Dorset potteries might be worth looking at Verwood and such like. Some were active well into the 20th century.

Its a nice thing, I have handled some of these items before from archaeological digs and I would say its later just because of condition, the earlier one I have seen has all been chipped and dirty where they have crazed. Sometimes called Bakewell design the older ones were simply chucked away in the road or farm when they broke so the pieces often come up when a dig is happening. Quite often utilitarian items and quite often unglazed or unpainted around the rim so it may well be a local potter who had some skills but didn't decorate around the rim as why would you apart from aesthetics and the practicality of the slipware running off the edge when its being dipped.

From the bradfordonavonmuseum
... another common find in gardens is combed slipware pottery. The unfired pot was dipped in liquid clay (the slip) to coat it. The usual pieces have a pattern of dark lines on top of the slip, often ‘combed’ like the icing of a Bakewell tart, to add extra interest, before glaze was added and the pot was fired.

Agree with Oli P for the reasons stated - it looks 20th century to me but it is more difficult to be certain from images than if one could handle.

From personal experience the clay doesn't appear right for Verwood or Fremington wares, without considering the type of decoration.
_________________
Now you should know by now that Potty and I need to see your bottom - we're funny that way!