Bruce McLean is a well known British sculpture, performance artist and painter, who was born in Glasgow in 1944 and studied at Glasgow School of Art, followed by 3 years at St. Martin's School of Art (1963 - 66).

His numerous solo exhibitions include one at the Tate, London and so someone held in high regard. However, what is perhaps not so well known is that he has in the past dabbled with ceramics, generally decorating in the same way that John Piper had done before him.

Below is an example of his work: - 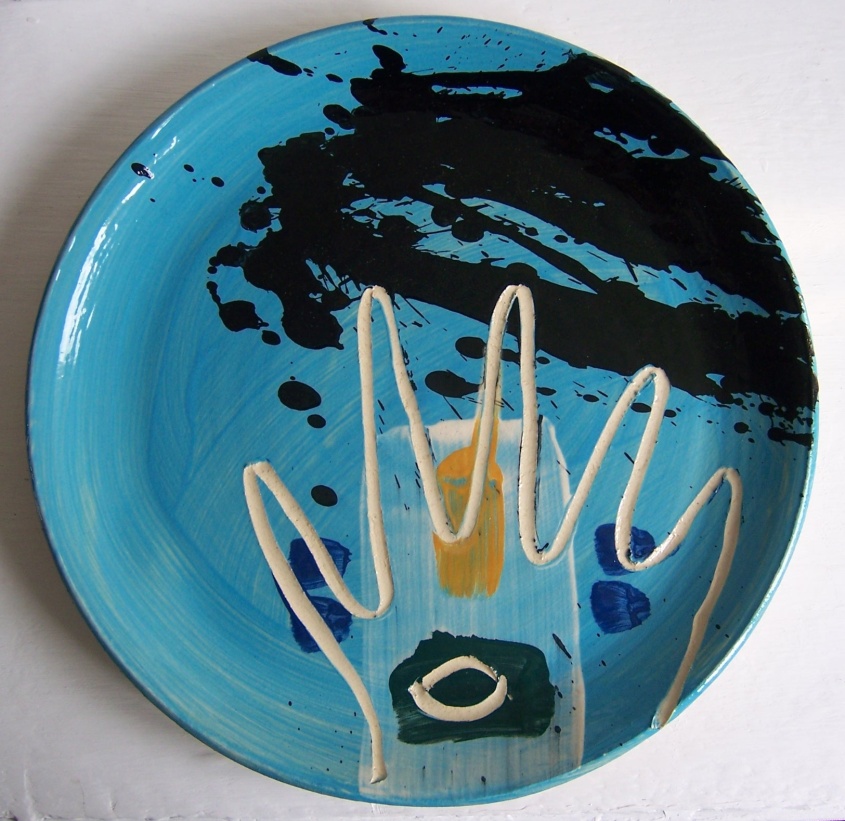 Here is the back of the plates + the certificate that accompanied it. 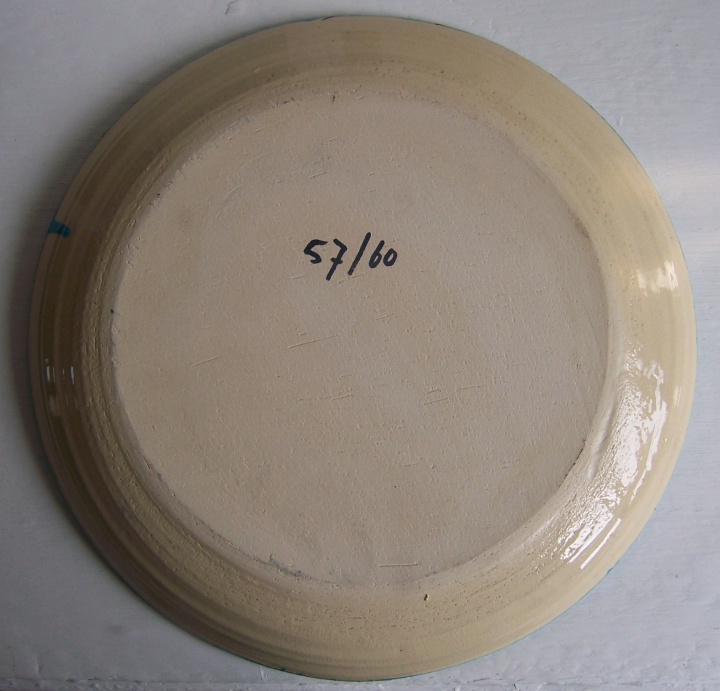 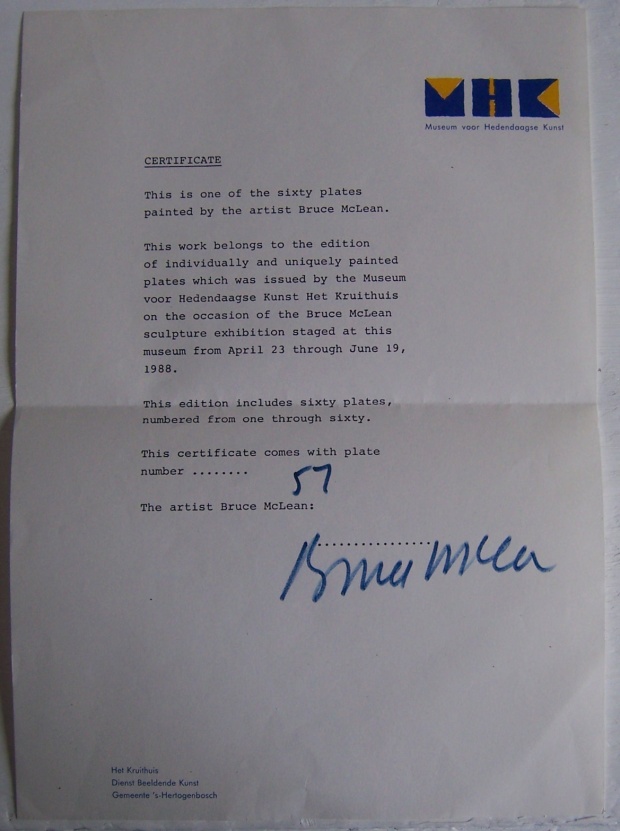 All plates were variations on a theme and painted by McLean, as stated i.e. not like Picasso editions.
_________________
Now you should know by now that Potty and I need to see your bottom - we're funny that way!