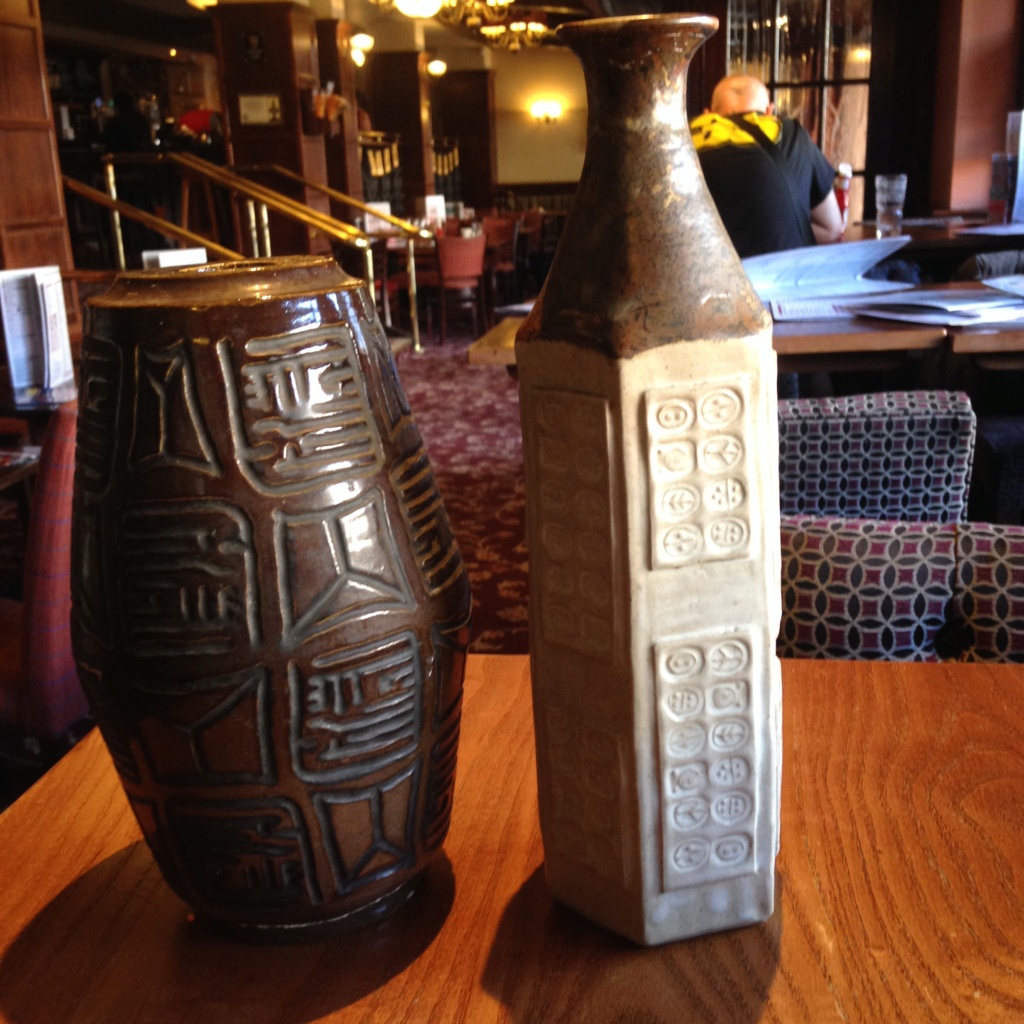 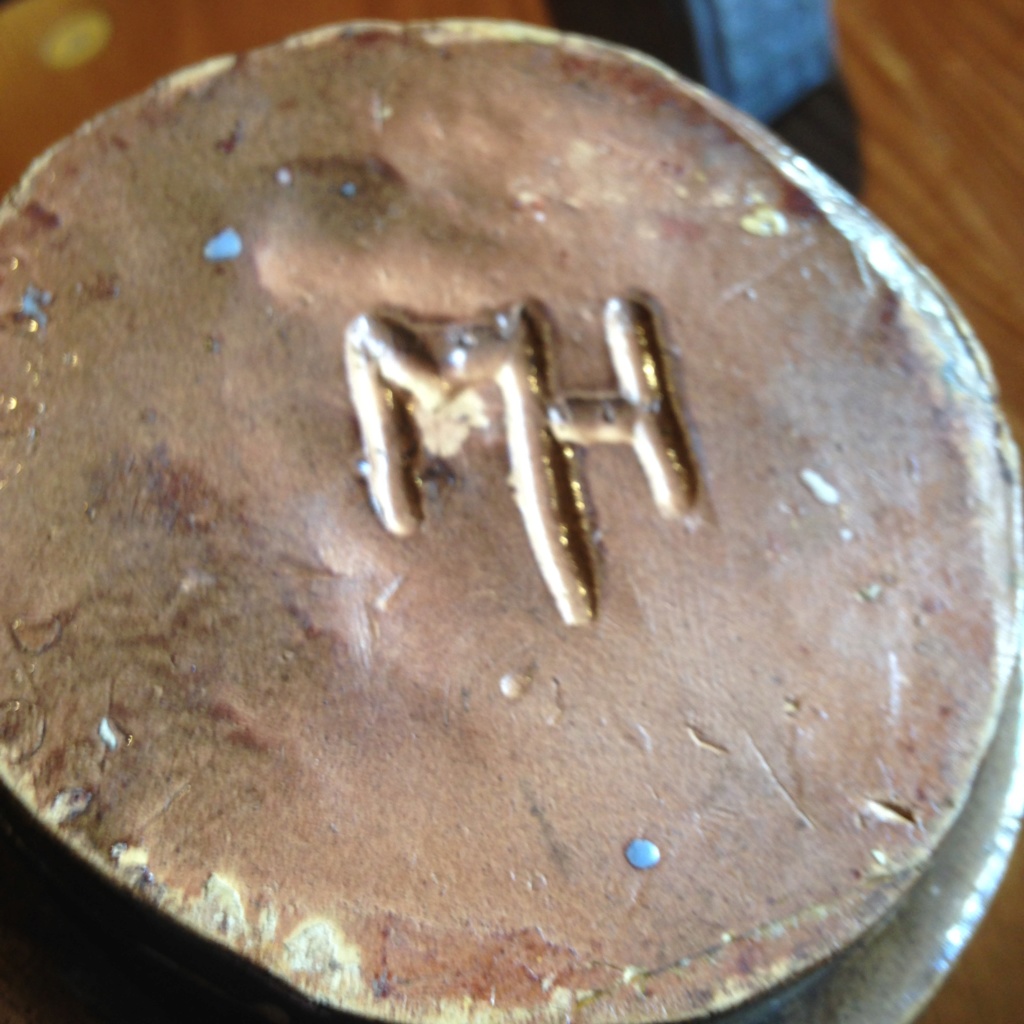 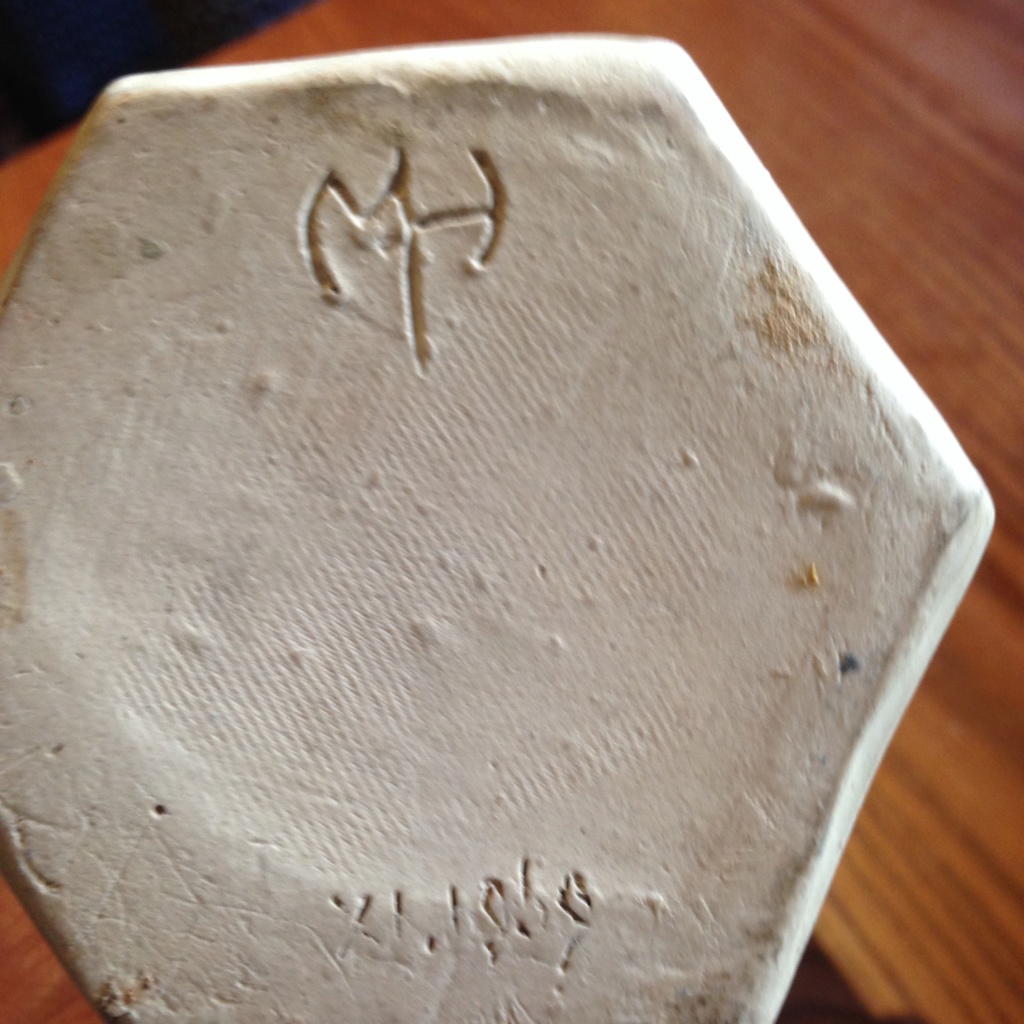 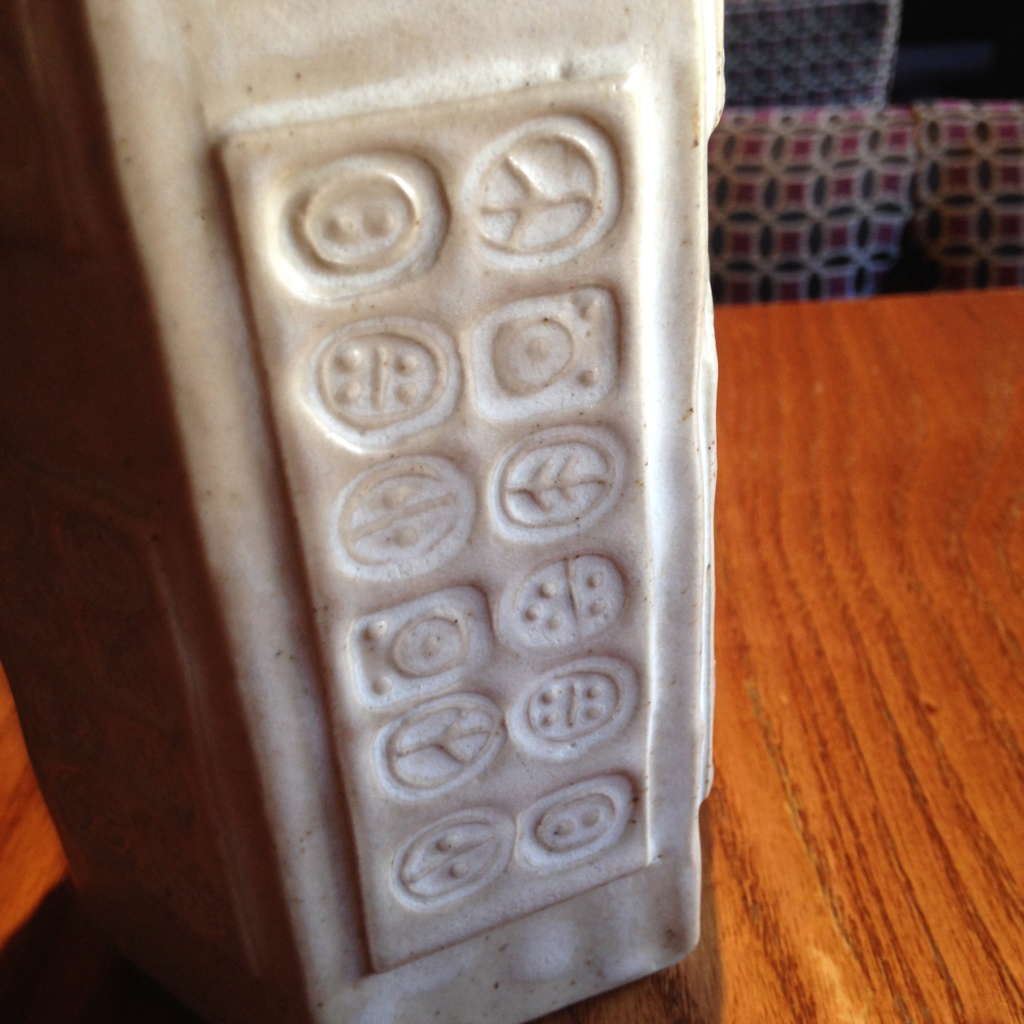 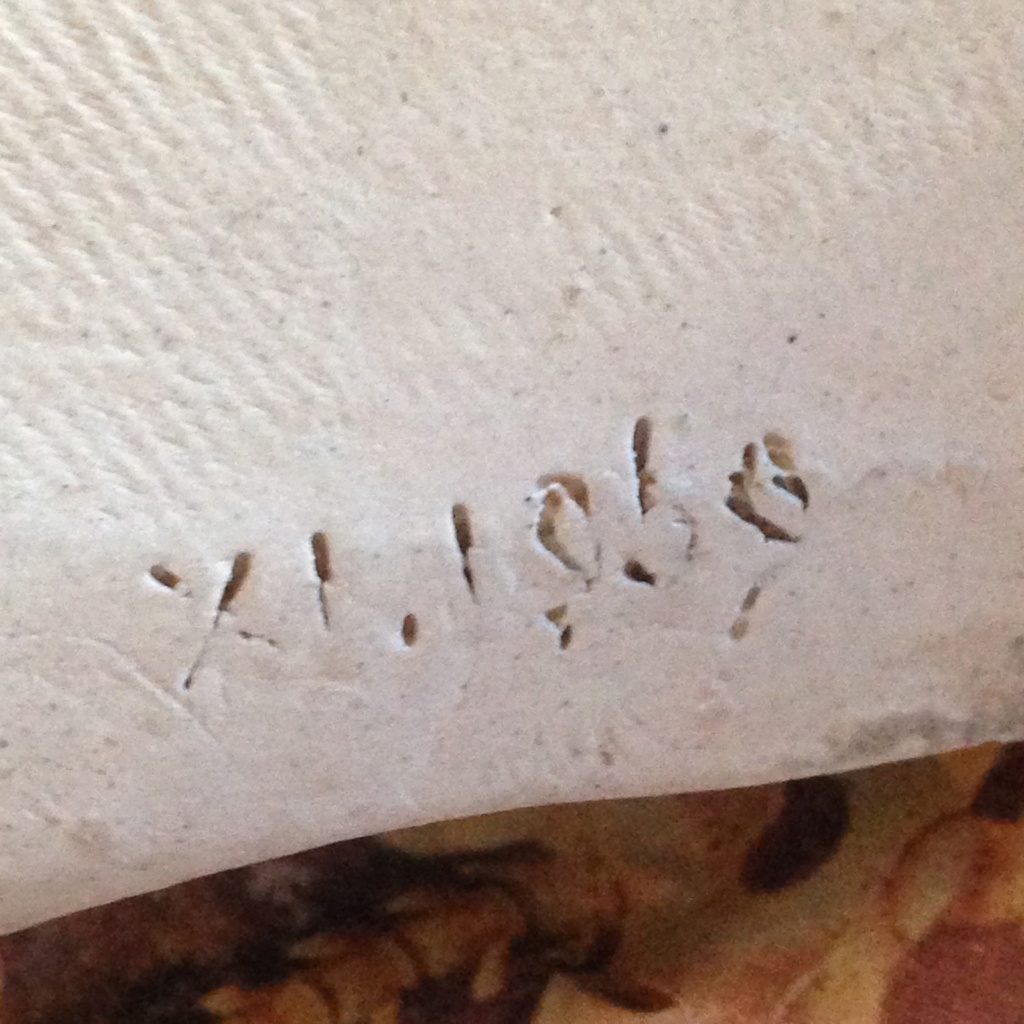 I think it maybe 59 as well. Unfortunately both are repaired, very well repaired but still repaired. I completely missed it on the lamp base on the left until I saw something on the base and I followed it from there

Hansen’s biography. I don’t think they are by him; I can’t find anything similar on google attributed to him and the chances of 2 pieces of a US potter’s work being found together in the UK are fairly small

Well known for his beautiful crystalline glazes, Hansen developed his expertise with such glazes from Herbert Sanders, teacher and author of the book Glazes for Special Effects. A professor of art at Western Michigan University, Hansen continued to research ceramic glazes and formulate his own frits.

Hansen exhibited at the Syracuse Ceramic Nationals in the 1950s-60s and appeared in the fifth edition of Ceramics: A Potter’s Handbook by Glenn C. Nelson.  His work has shown widely nationally and internationally, including at institutions such as the Art Institute of Chicago, the Kalamazoo Institute of Arts, the Dayton Art Institute, and the University of Michigan. Sadly, Hansen passed away due to a cardiac event about six months after the 1975 Symposium.

Oh I wouldn't say that Naomi.... found together and both professionally restored from some serious damage....that suggests to me that someone valued them and they both had accidents at the same time say from luggage handling coming back from the USA.

A b/w photograph on page 20 however it notes use of (iron) reduction technique for glazing on the piece
https://ceramicartsnetwork.org/wp-content/uploads/sites/6/2015/06/ceramics-monthly_oct60_cei1060d.pdf

Hmmm I just got a third piece and think these two are by different potters.

Some rather disappointing new information. I picked up a third piece dated 1966 so assuming the lovely vase is dated 1969 it looks like the development in ability of the one student potter in both execution and their MH mark...nevermind :0( 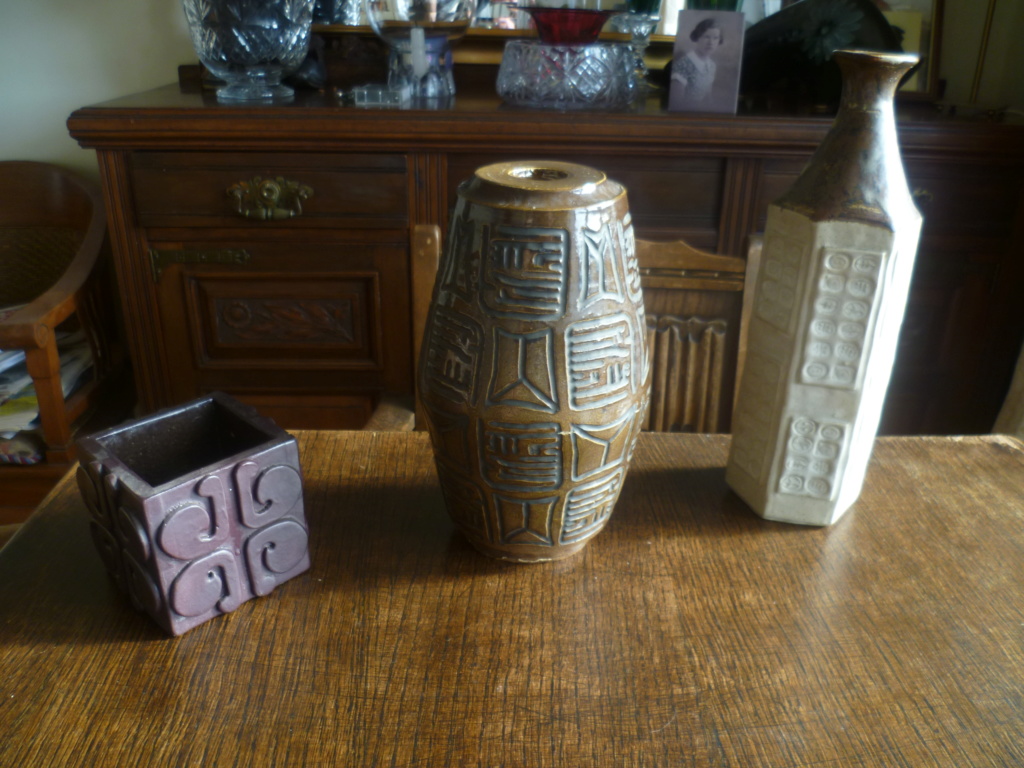 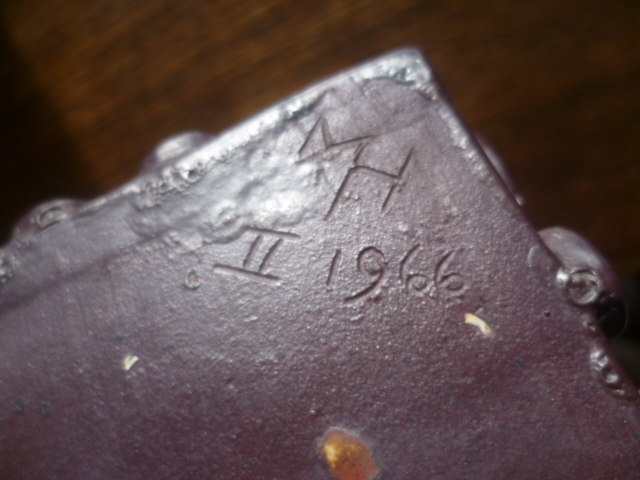 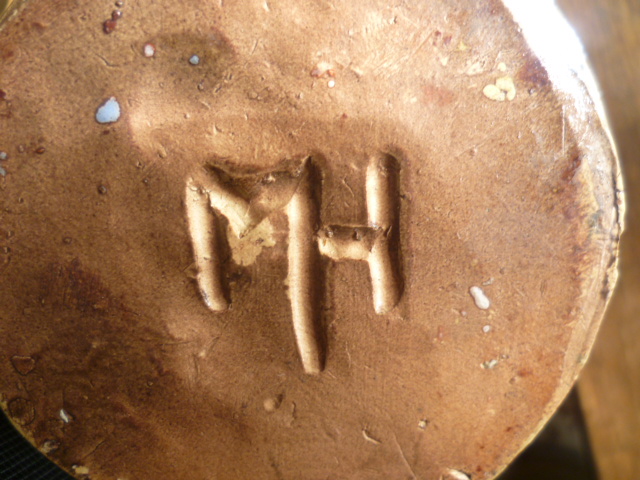 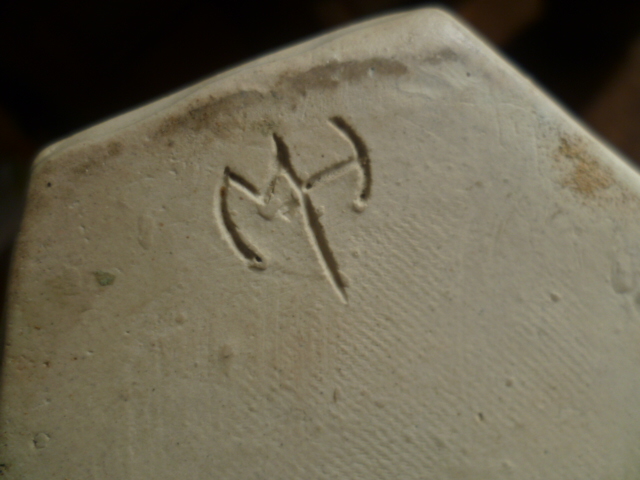