Long story, but I will keep it brief. I was originally gifted this by someone that received it from a third party. The third party purchased it from a potter in Hartland, Bideford. Apparently, the potter was friends to the prince of Wales. Whether this is true or not I do not know, I am simply quoting what I was told. Either way it matters not, I include it simply because it may be the final piece that links this to some sort of identification.
I wrongly thought it to be a piece by Philip Leach. Having said that, when I first received it I turned it over expecting to see a mark by David Frith, but there is no mark at all. The quality is there, the glaze is gorgeous and it is an impressive 14 inches in height. Had I made it I would have signature marks all over it.  Joking asides, my last port of call is Colin Pearson, unless there are any other potters who worked in that area that I am unfamiliar with.
The glaze is so reflective, I am struggling to take images that do it any sort of justice, but I will try to add some more later today.
So much for keeping it brief !!! 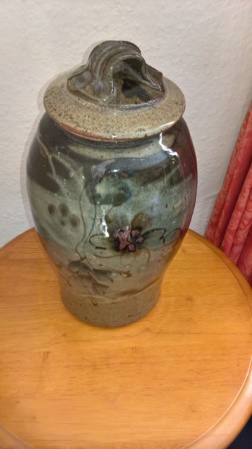 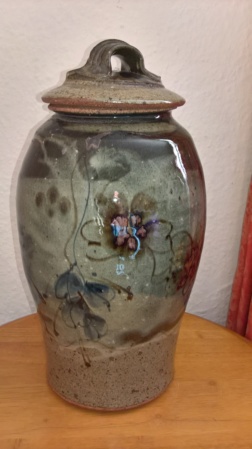 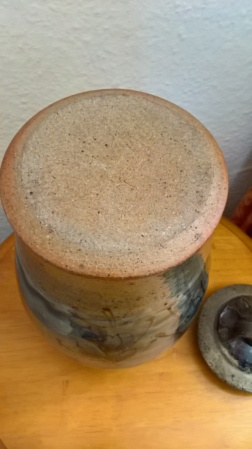 Clive Pearson almost always marked his work. It might be an Eeles Family piece. They just used labels for a time
_________________
Carrot cake is just fake cake

Funny you should say that, as an early Eeles pot I let go a few weeks back had similar floral decoration. I am doubtful because the person that gave me this was adamant about its origins, albeit via a third party.

Thanks for the feedback Naomi, your tireless work on here is much appreciated.