Good evening folks. Picked up this lovely tankard at a car boot sale yesterday. The impressed mark at the base of the handle looks to me like a flower or petals. The only mark that I can find that resembles it is for the potters Vivika & Otto Heino, American artists. While there are some similarities with regards to the clay used, some of their work seems to have a similar speckled glaze(which is pink in colour in the areas where it has pooled if thats any help), the handles on their mugs in generally a different form, however I have found one mug with the same handle. Anyway I'm waffling a bit but to me this seems, to me anyway, more British in style, but looking for opinions from here. 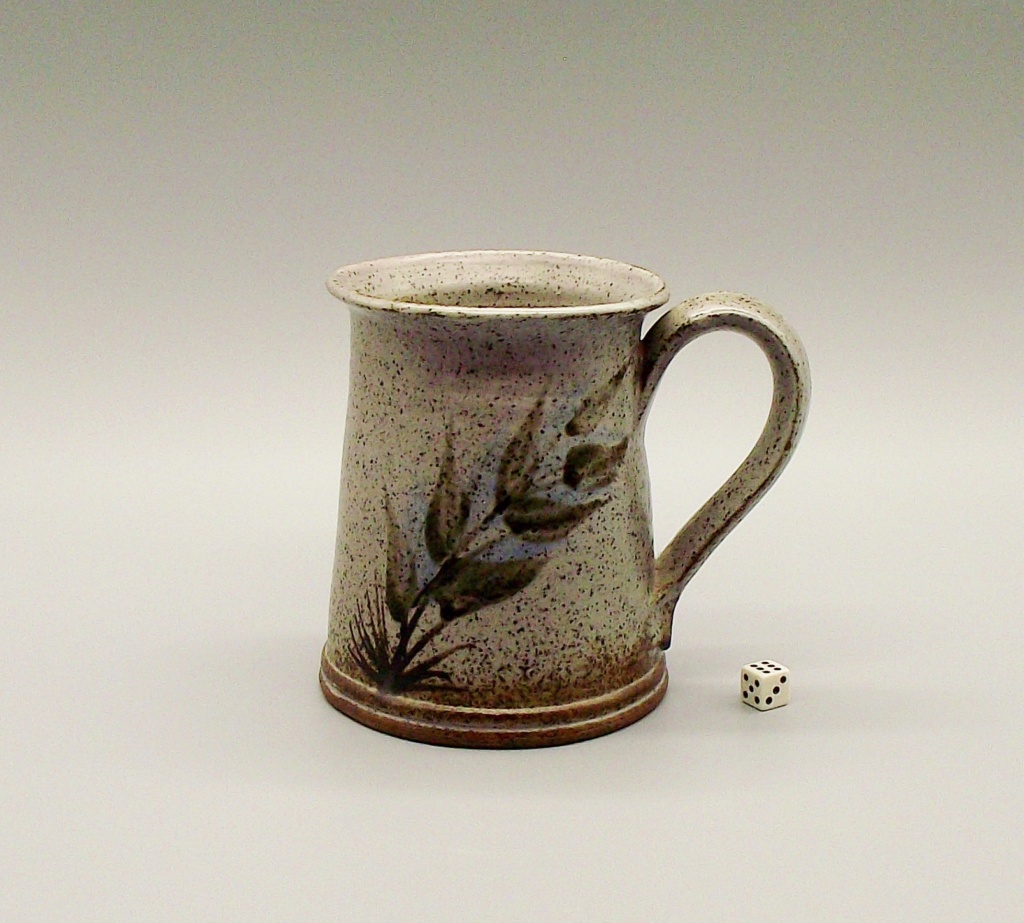 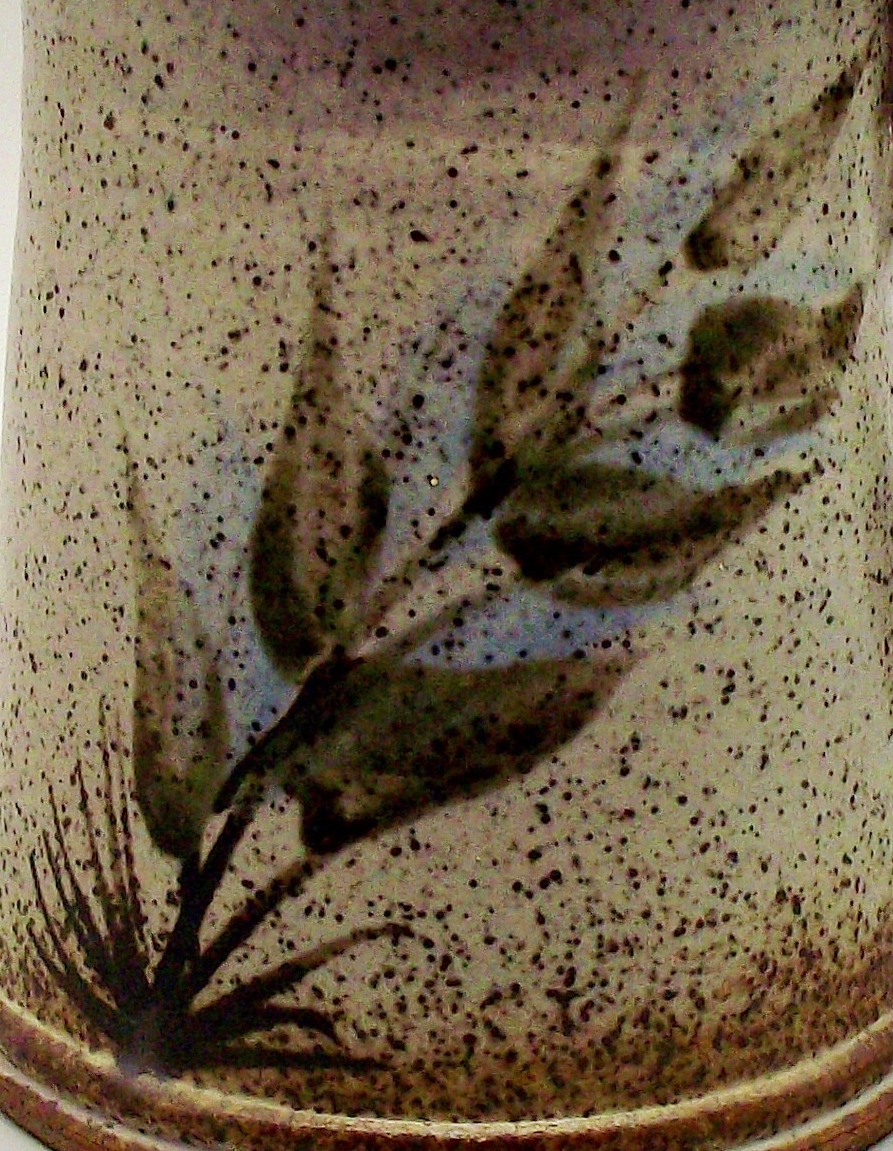 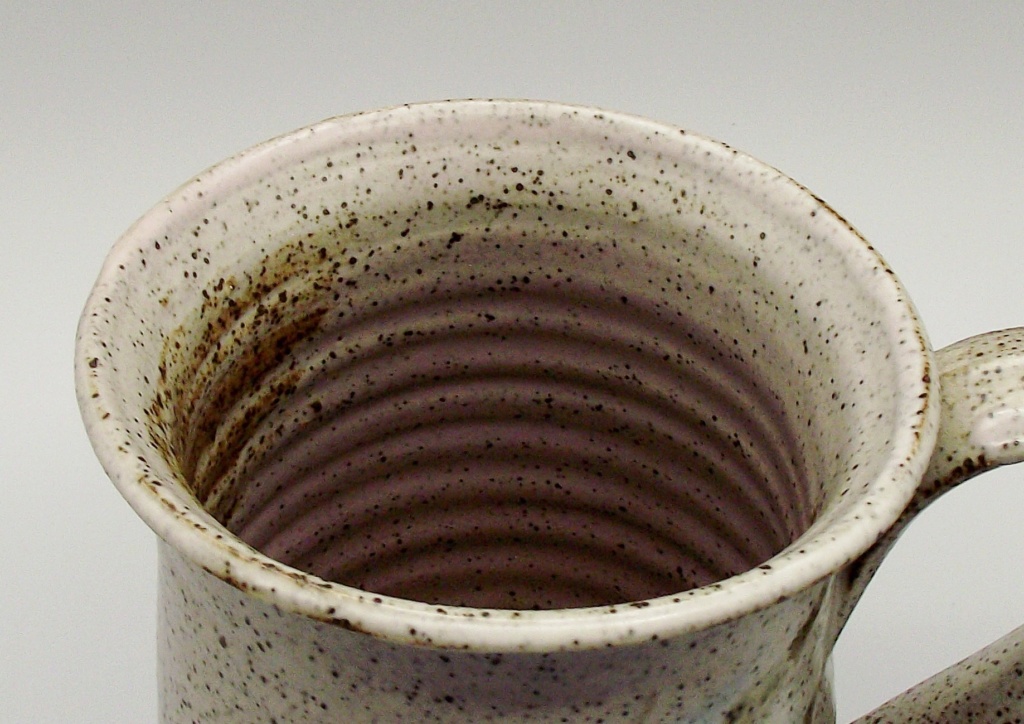 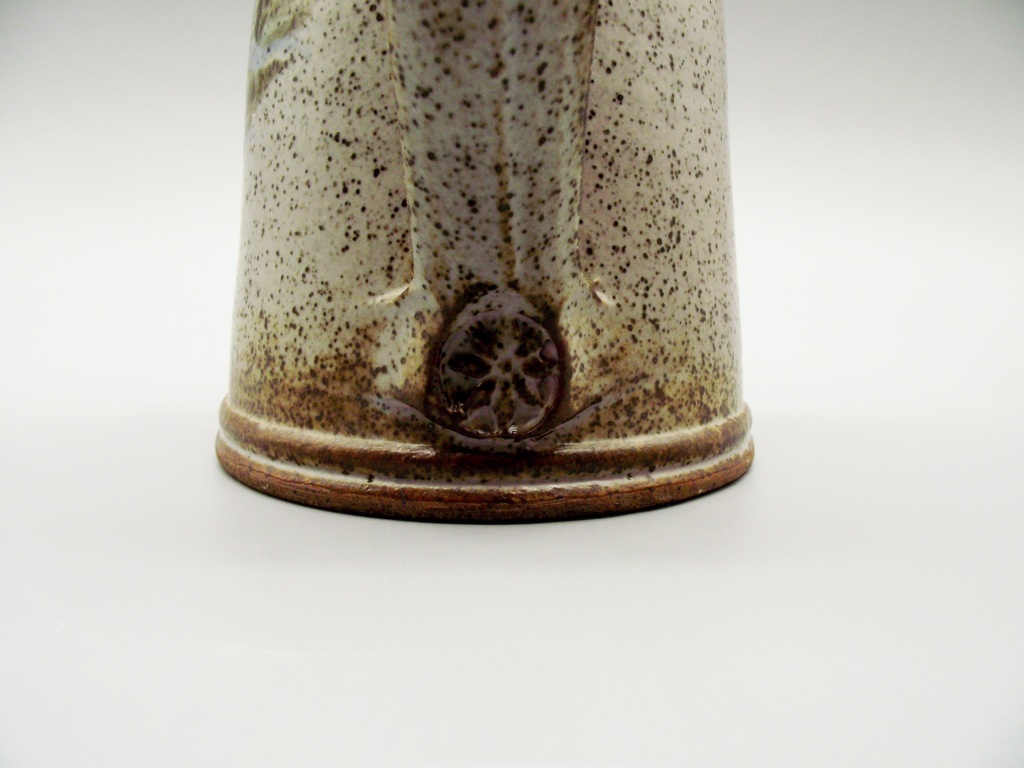 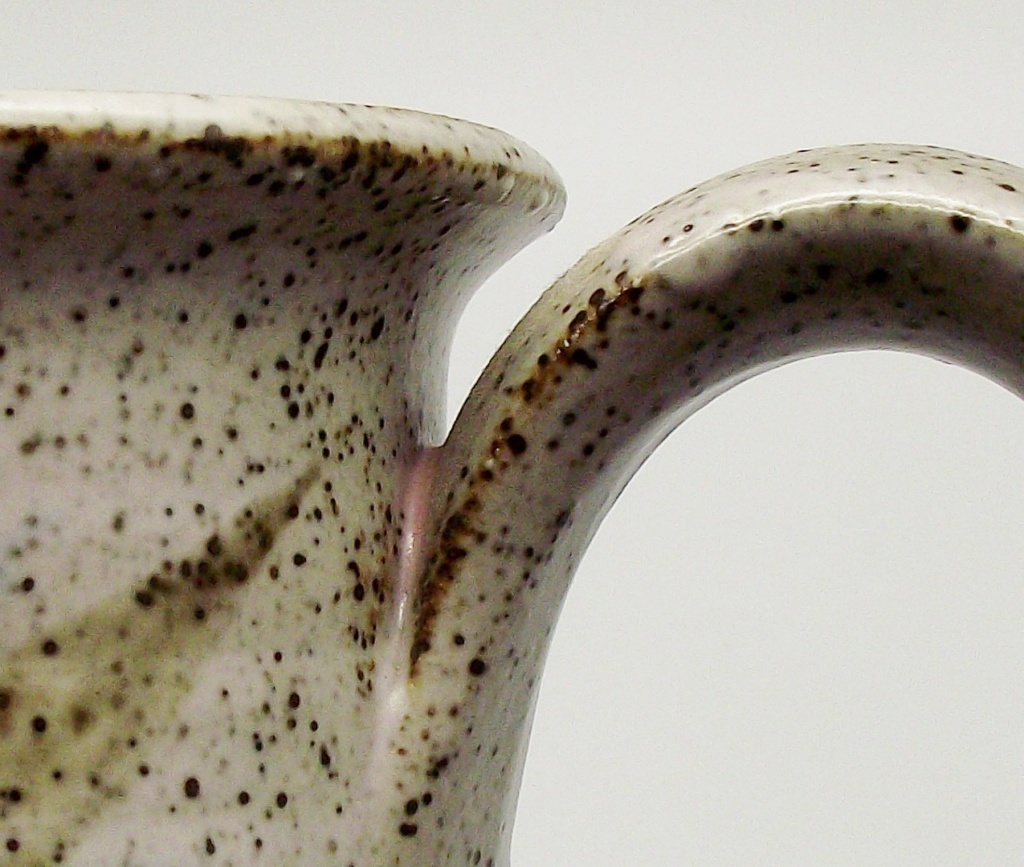 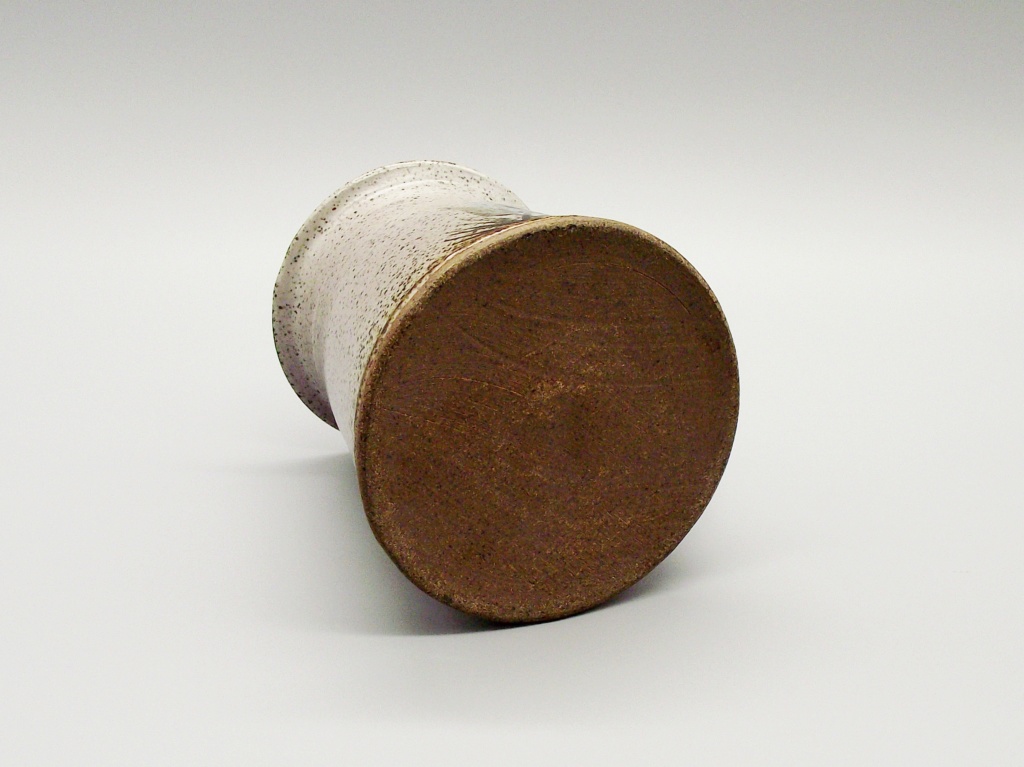 I’ve deleted the duplicate post in the American section. All ID requests are posted here first and admin will move them to the relevant section if & when they’re IDed.
_________________
Carrot cake is just fake cake

It looks pretty typical of 1960s-70s British pottery. Not a mark I immediately recognise, but I don’t think it’s  Otto Heino’s one, although it’s difficult I tell from that photo. But I don’t believe they made standard ware like mugs; they were more Art Pottery with a few beaker style tea bowls thrown in.
_________________
Carrot cake is just fake cake

They definitely did make mugs, goblets, bowls and other standard ware as it's known.


Their flower mark seems to vary from item to item. Searching through auction listings and images of marks last night the "flower" mark seems to have anything from 5 to 9 petals. 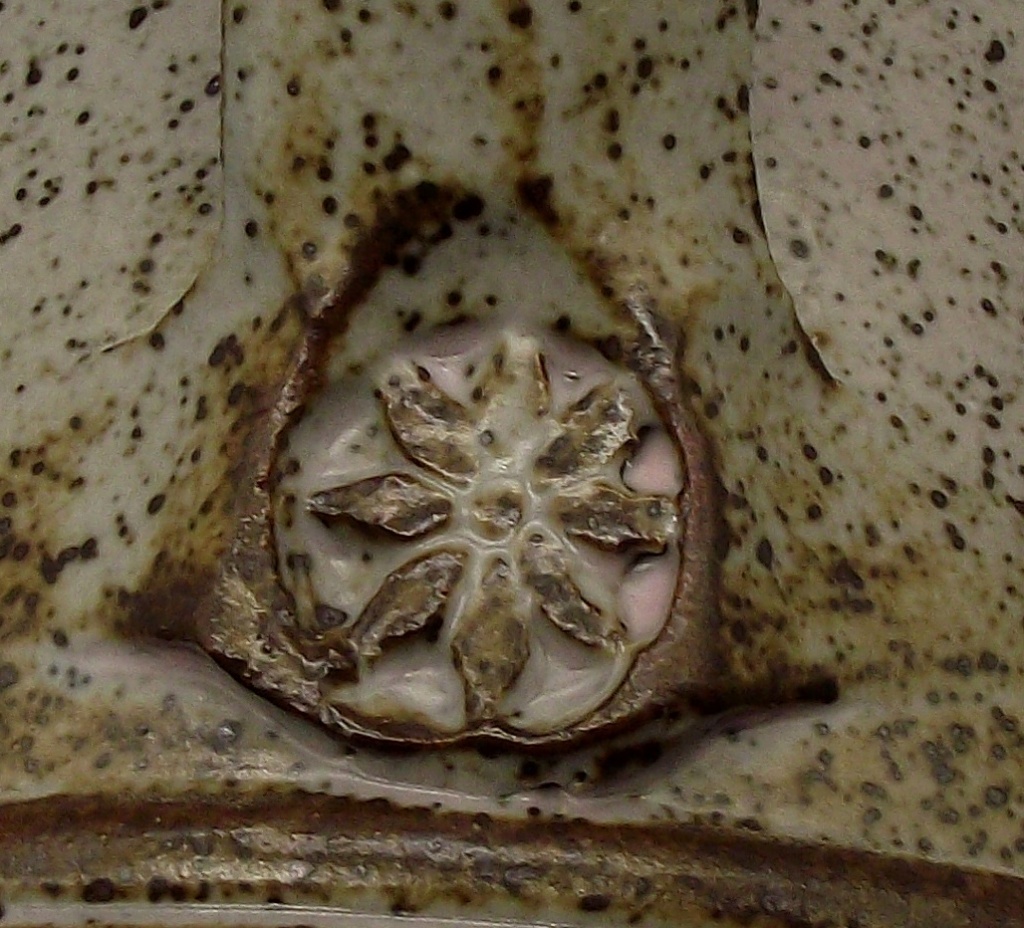 I would very much agree with Naomi, Atypical Leach style piece from the 60's/70's. There were a great number of 'Baby Boomers' in the late 60's early 70's who did pottery training and worked as professional potters for a few years. Part of the Zeitgeist of the times. Most disappeared with little trace, it is difficult (and still is!) to make a living as a professional potter.
The American potters you quote, seem an extremely long shot. American studio pottery has an entire history/context/development entirely of its own. This is so atypically British of its period, that I really think you are heading down a cul-de-sac with the American connection.

I haven't said that the tankard is by them. All I have said is that the mark resembles there's. I even said in my original post that it seems British in style. I thought that by including the Heino name that people familiar with their mark may know of others that use similar marks. Much in the same way that someone familiar with Mark Fitzgerald's mark will be aware that Cranbrook Pottery mark is very similar or that many potters use a single M which can be confused with each other etc.