I've been told that these pieces were mostly made by Bernard and David Leach between 1949 and 1954 (when David left following the return of Janet Leach from Japan. Does anyone have any more information? Interestingly one of the smaller plates has decoration around the edge - which is very reminiscent of David Leach. Thank you. 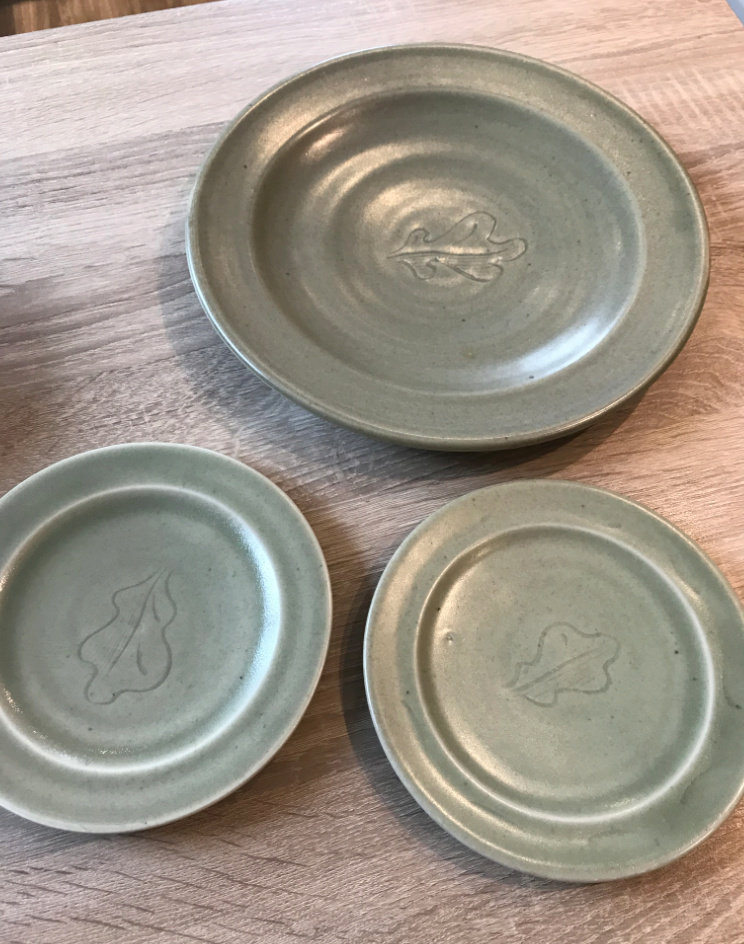 These were part of the production range from just after the war circa 1946 until circa 19556. In those years the lead potters were Bernard Leach, David Leach, Michael Leach, and Bill Marshall. With various apprentices, but not so many as in the Janet Leach years. David was there circa 1946/47until 1956, with periods away in Norway and Aylesford. Michael Leach from 1950-55. Bill Marshall right through this period.Bernard Leach a good deal of the time, but he did make frequent trips abroad.
There is absolutely no way of telling which potter made an individual item, as they were produced as part of the craft collective. The 'Unkown Craftsman' that was part of Bernard's philosophy.

Thank you for the extra information. I know about the impossibility of ID'ing individual potters when it comes to production ware. The interesting thing (to me and it's just me being inquisitive) is the plate bottom right has 'extra' decoration in the dashes around the edge - this could be an embellishment by an individual potter who strayed away slightly from the 'standard' design. I have seen the same additional features only once before and that's on a plate in the Leach Museum. I doubt an apprentice would dare to stray away from the standard pattern so I wondered if (and it's just a guess) that these plates with the extra decoration are by David Leach. He used similar decoration on his personally marked Leach pieces - one which I have and attach an image. Just an idea though. 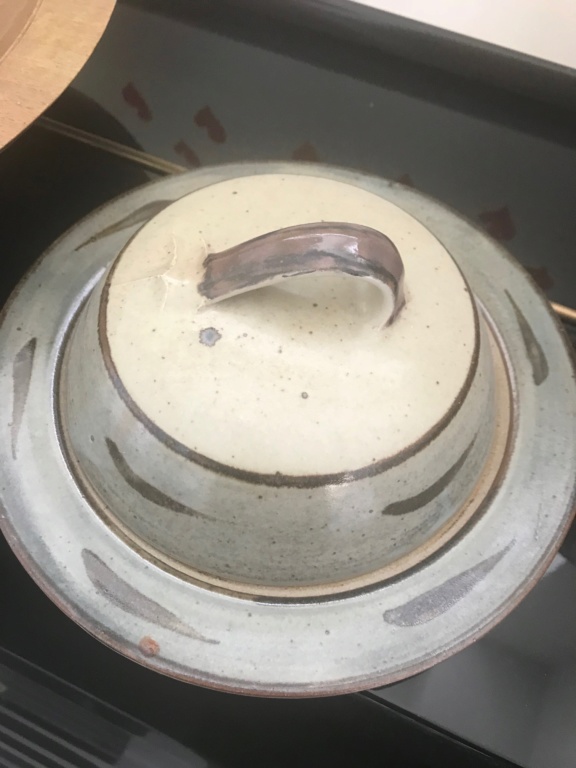 There is literally no way of telling. In 25 years of collecting studio pottery, I have never seen any production ware attributed to David Leach. I

I spent some time at Leach yesterday (my daughter is doing clay days there all summer) and I asked about the plates. A couple of people, including Jo Wason, told me that the oak leaf pottery was indeed thrown and glazed by most of the potters working there at the time but that only Bernard Leach decorated them. They would make a batch of plate etc and Bernard would come along and quickly draw an oak leaf on each one and then they would go off to be glazed.