This is a Studio Pottery Vase with a B shaped pattern around it and a stylised monogram of either a W or an M or even a B sideways!  Can anyone please help ID this? 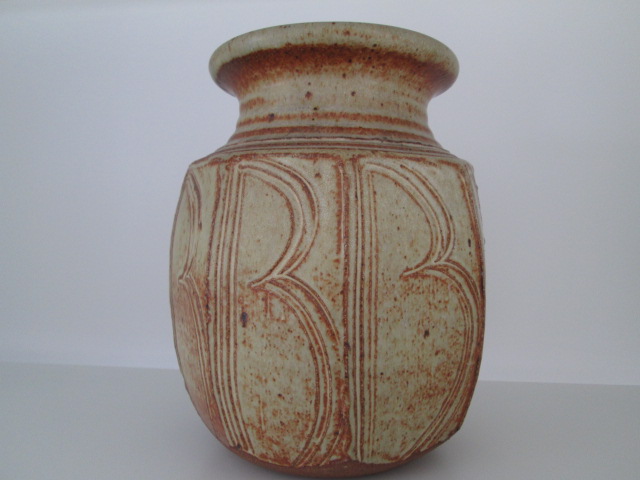 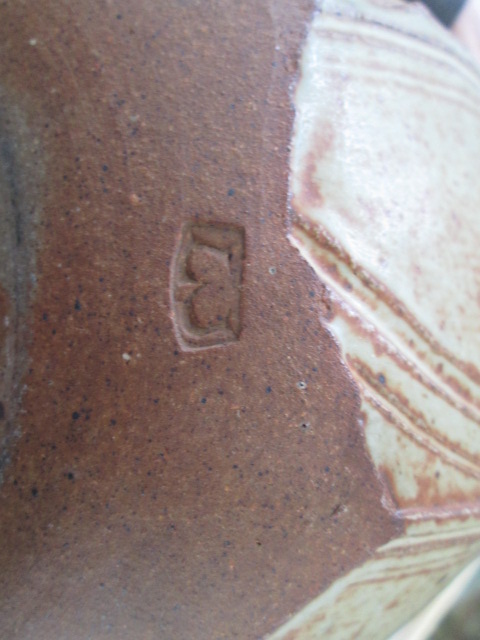 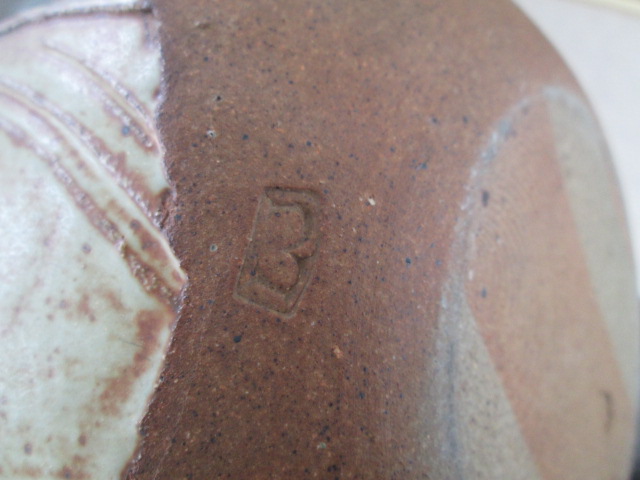 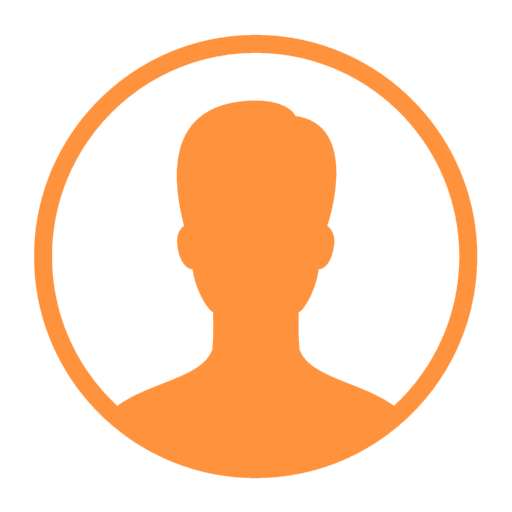 David Lloyd Jones (1928-1994) is one of those select potters who produced work of the Leach school who did not work at the Leach pottery. He studied at the Guildford School  of Art in the early 50's. mainly doing sculpture, but also doing some pottery under the tutelage of Helen Pincombe. It was through these lessons that he determined to be a potter.
However, he spent most of the next decade working in his Father-In-Law's Cinema in York. It was not until 1962 at the age of 34, that he felt financially secure enough to start potting full time. At his pottery in Fulford on the outskirts of York, he faced a steep learning curve in all the many intricacies of being a Studio potter. He mostly worked on his own producing a Bread and Butter range of domestic Ware that mostly paid the Bills, being very good, but nothing out of the ordinary. His work produced for exhibitions was of another quality again. His  teapots in particular can be sublime, and his large Chargers are beautiful with their intricate decoration. It is this side of his work that still receives a lot of admiration.
His reputation grew, and he was elected a member of The Craft Potter's Association in the early 70's. He was a member of the CPA Council for several years, serving as Chairman in the early 1980's .
His earlier work is an impressed name. His later mark was a
LJ as below. This mark sometimes became in-filled, and if you have a lovely  Leach school looking pot with a mark you cannot make out, it might well be his. 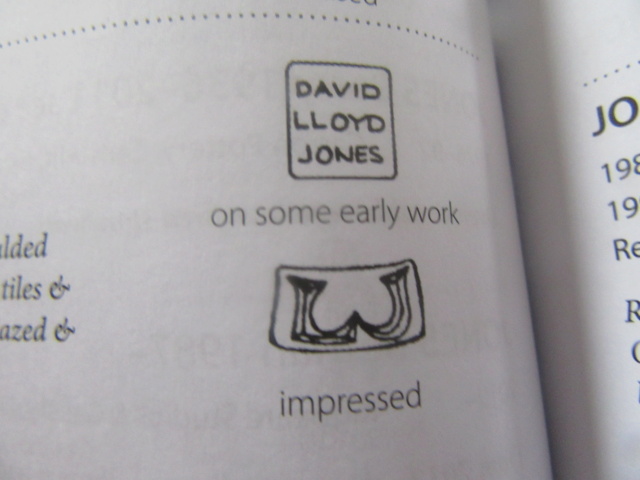 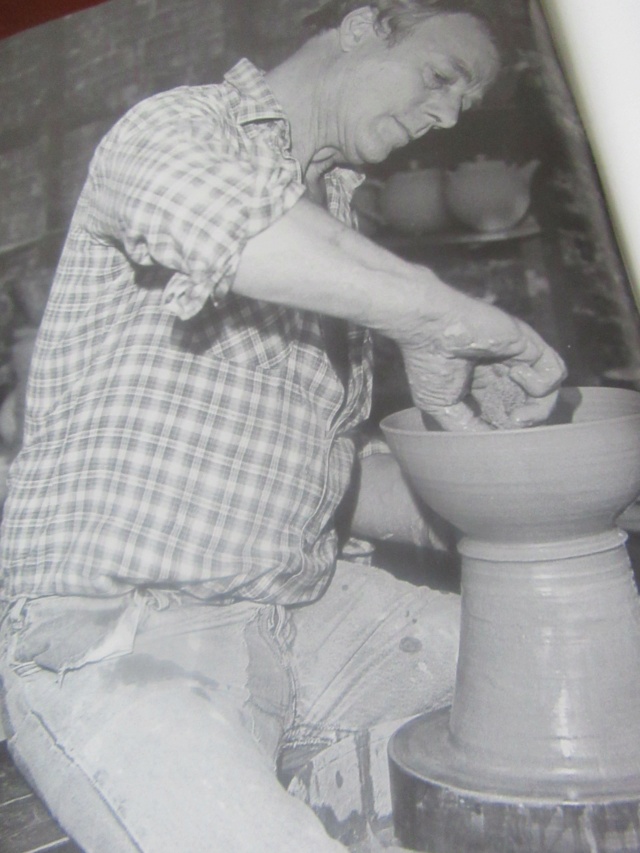 He was famed for his white and blue tear drop decoration on his later pieces. This teapot is from 1985 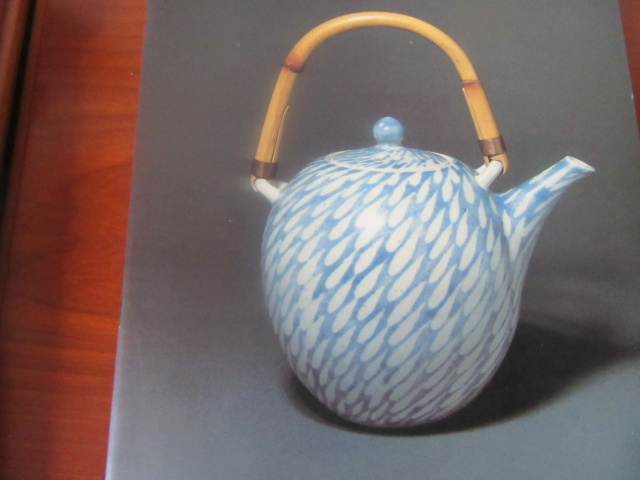 This 17 inch monumental jug is one that I own. 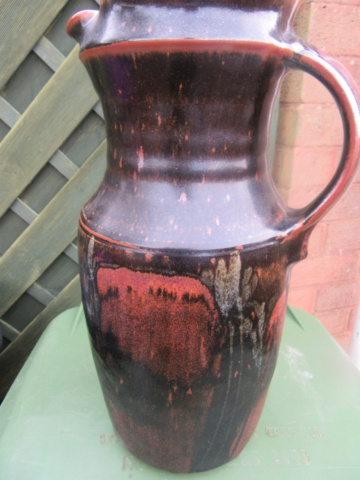 It is defintely imposing! 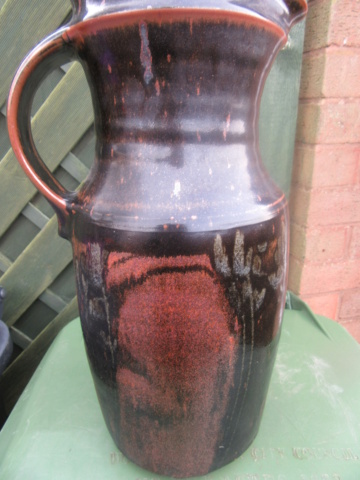 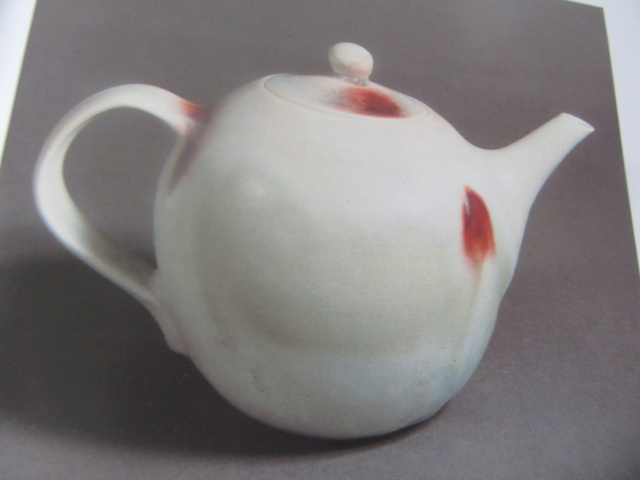 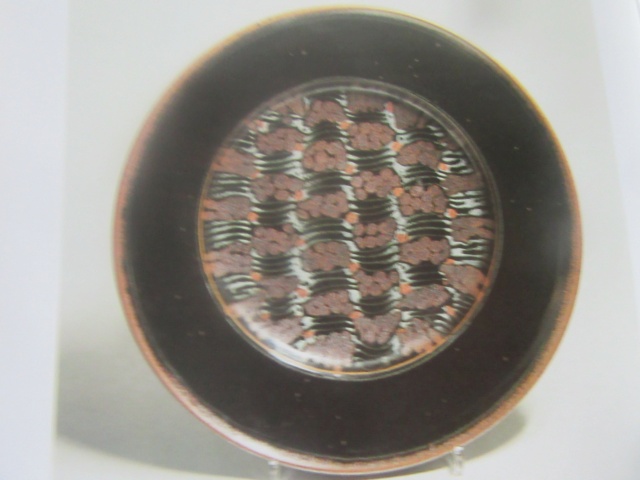 decoration at its finest, 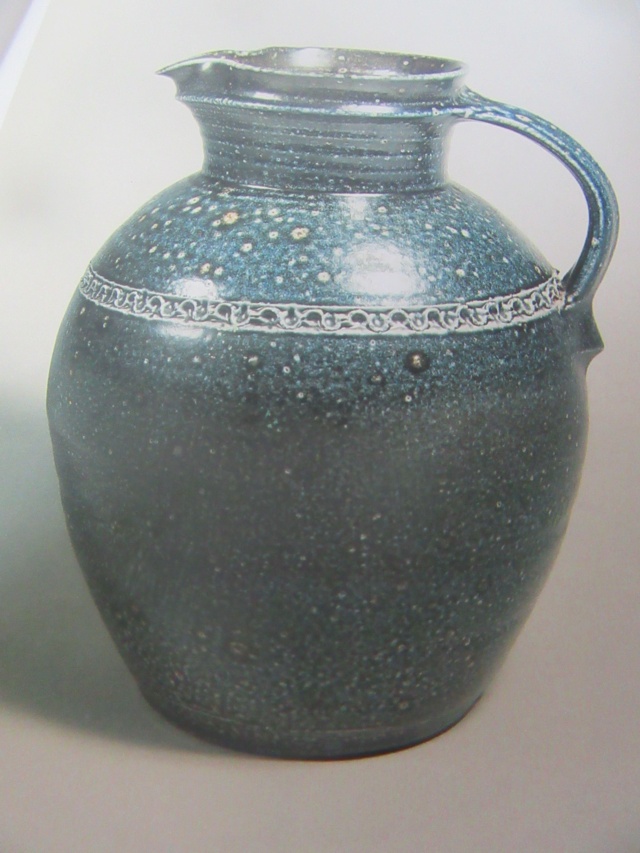 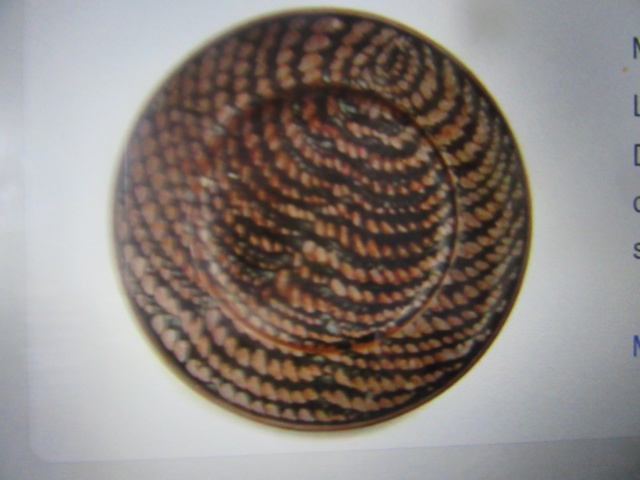 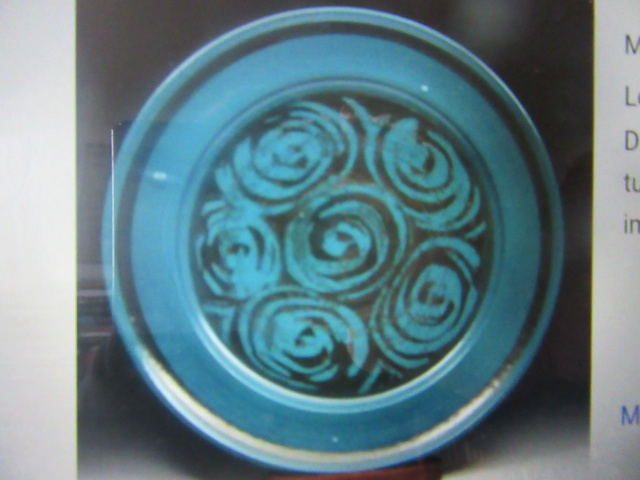 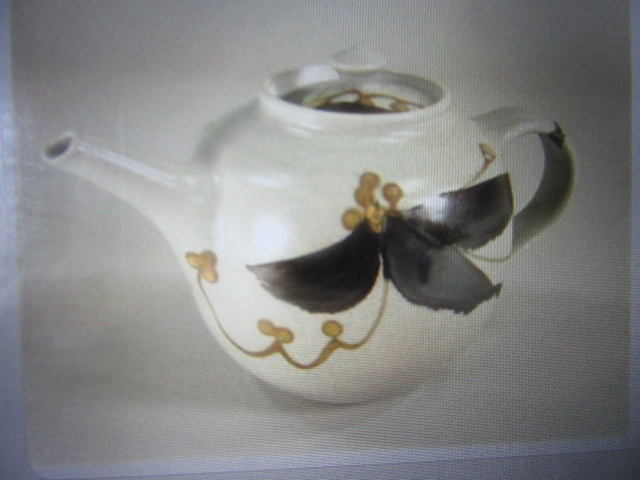 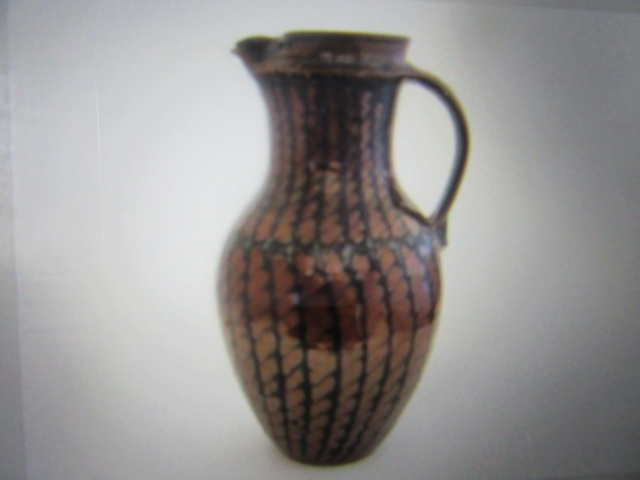 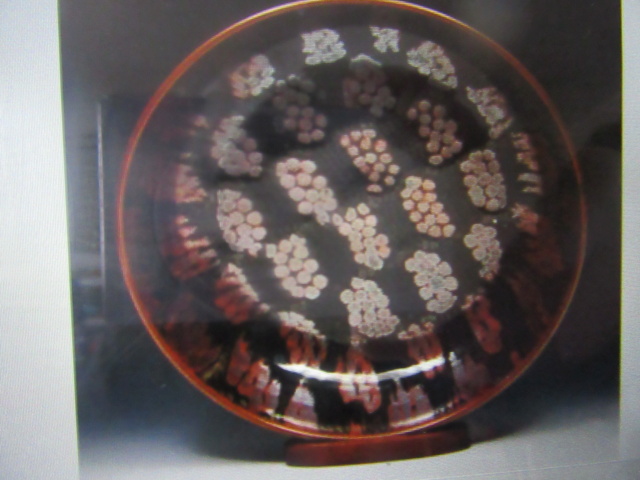