Hello
I am looking for information to my German glase pot. It is made of stoneware, ceramics, pottery. The pot, Cane has floral motifs, birds and heads with a beard. Can someone say, how can this be called? Age? Thanks for all the information. 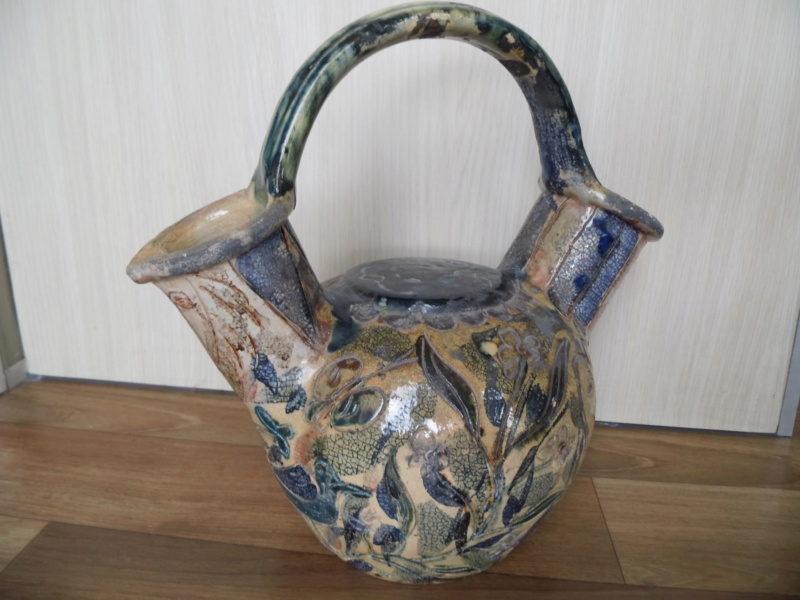 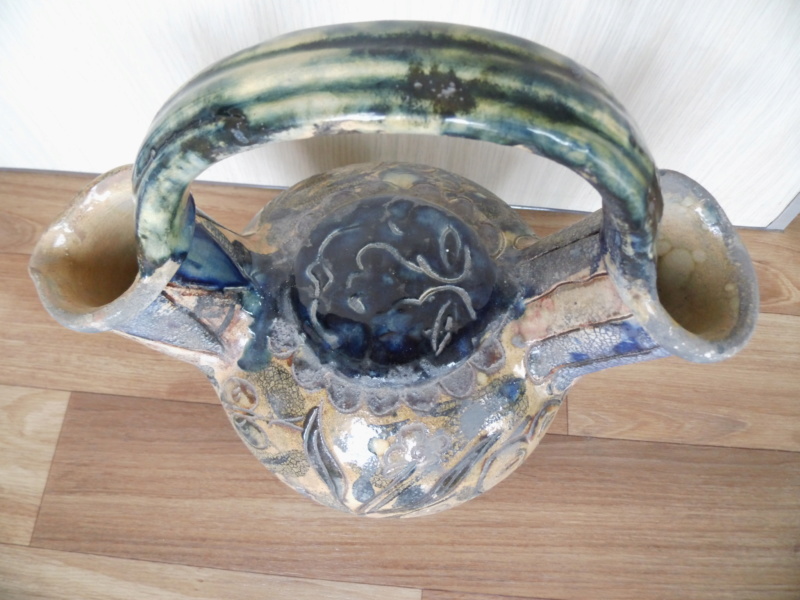 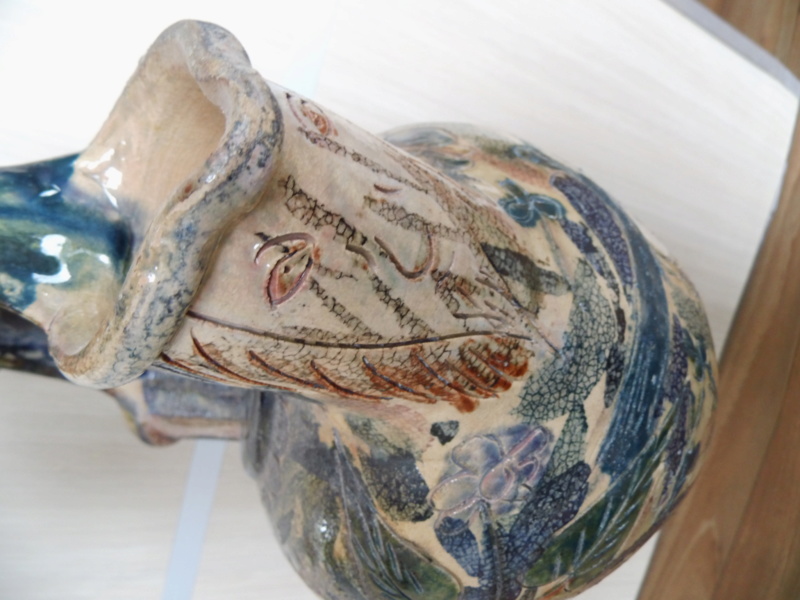 Can we have a picture of the base?

Could it be a Bellamine jug? Or Rhenish stoneware?

Hello
I do not know what it is. It was bought in the Rhineland area. I think it is german !!
What do the faces mean?
How old can it be?
On one side is a sink. The other opening is normal round with edge.
Is it for wine, water?
Thank you 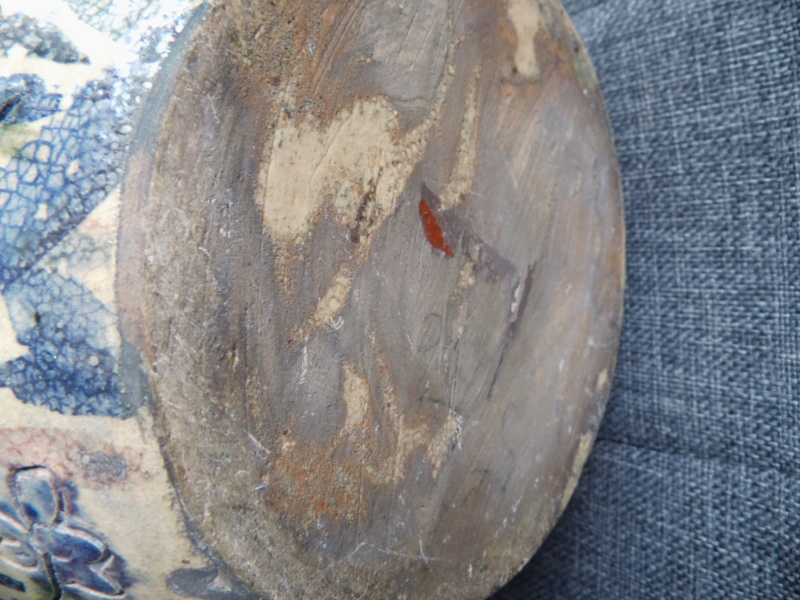 I am no expert but the faces look like a rough version of the bearded faces found on bellarmine jugs. Hopefully, one of the moderators/consultants will give you better info.

... I do not understand what you mean by one side being a sink? Like as in 'kitchen sink'?

yes the faces were originally put on Bartmann jugs(from German Bartmann, "bearded man", also called Bellarmine jug, they were decorated salt-glazed stoneware that was manufactured in Europe throughout the 16th and 17th centuries, especially in the Cologne region.
The glaze colours on your pot are also influenced by earlier pottery made in the Westerwald region of Germany but I imagine your pot is very new compared with these ancient pieces
_________________
Due to travel restrictions the US was obliged to hold the coup at home this year

Hello
The floor has signs of wear and darker in the original than on the photo. It is a loft find from a barn of 1800.
For me it is important what it is .... a jug or pitcher for wine, water etc.
What is my piece called

Might be worth checking late 19thC - early 20th Century pottery from Ostend? I had a Bredene vase with similar style of faces in the decoration.
Found one on this page, but unfortunately the link had all broken so I just took a screenshot. Here’s a link to the screenshot on Pinterest. The website address is at the top of the photo

This was my bottle vase

hello and thanks. i think it is the pottery.
Thanks for help