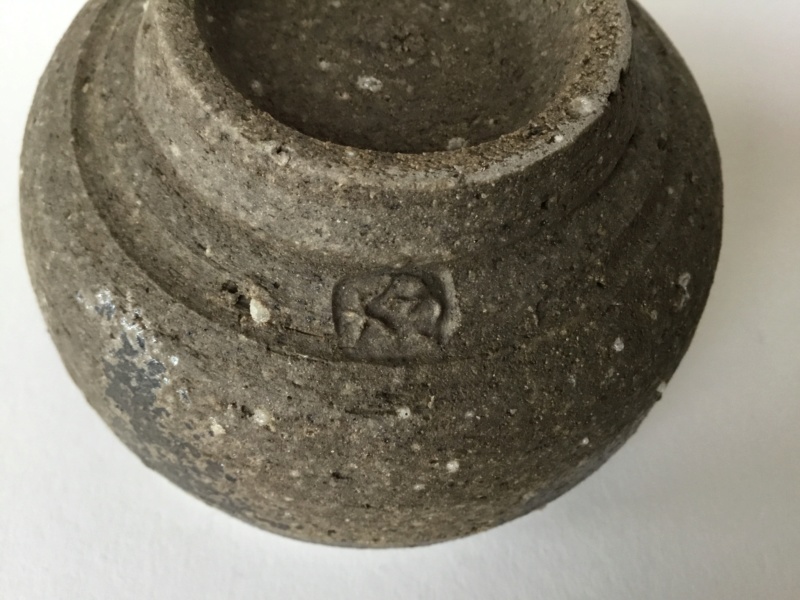 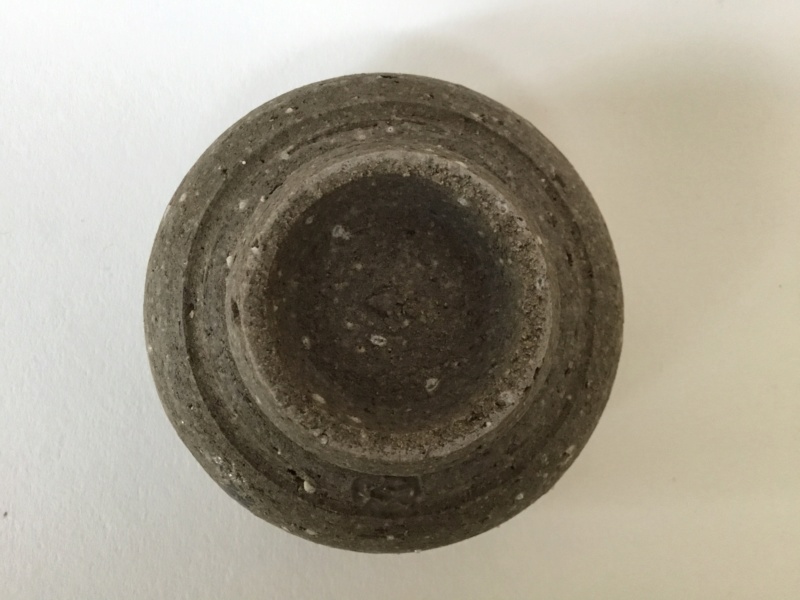 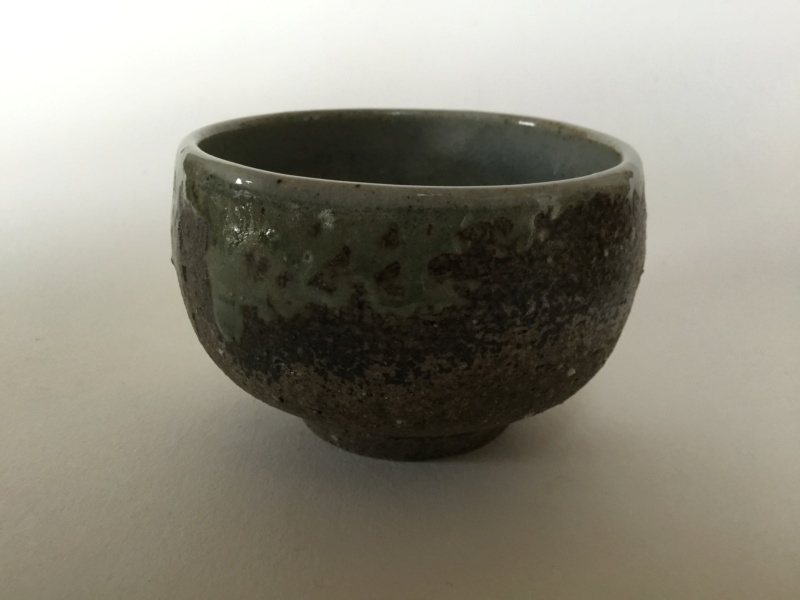 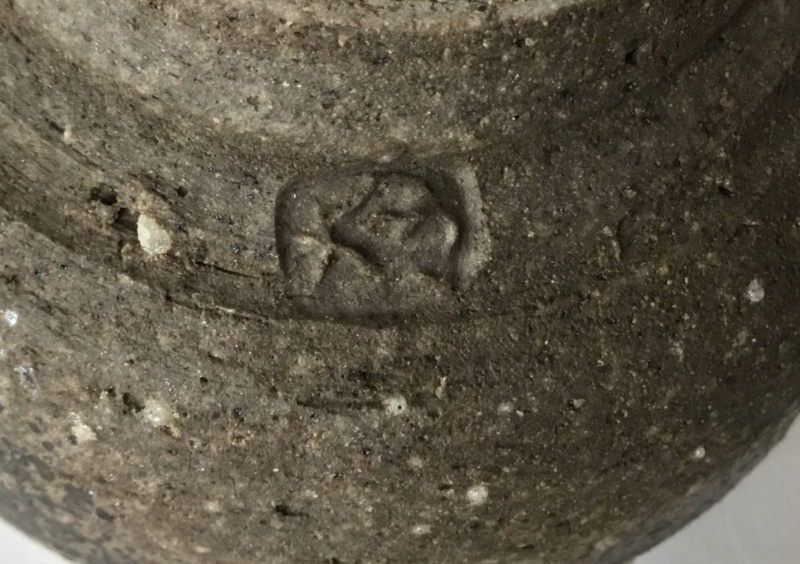 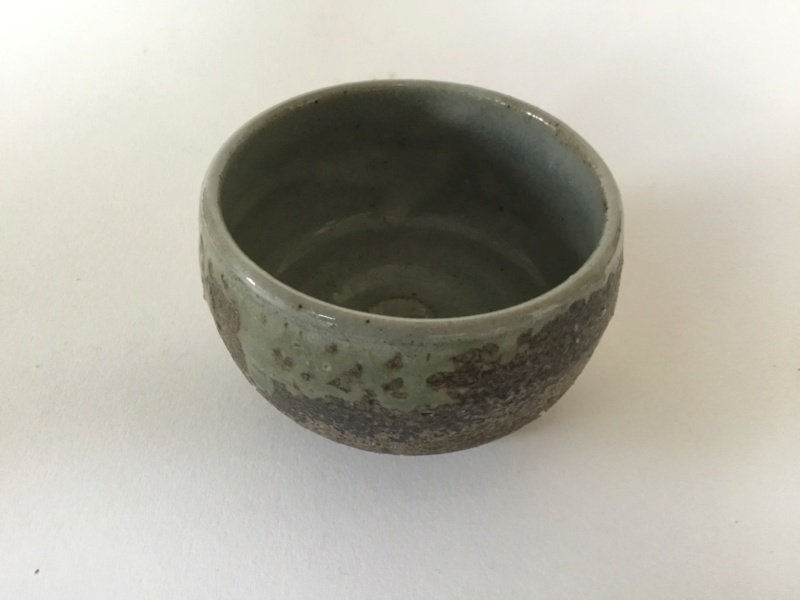 I can’t make out any letters so I think Japanese Kanji characters is most likely; might be Japanese or might be by one of the studio potters who use a Japanese style stamp . It’s a chawan shape, with a shigaraki clay and green ash glaze.
_________________
Just my personal opinion, take it or leave it.

Great, I’m going to have to check about Shigaraki clays - it’s that kind of technical language I’m missing.

Although I can understand why Naomi has suggested that it is a Shigaraki clay due to the feldspar inclusions (the whitish mineral inclusions) the grey colour is not the colour of Shigaraki clay. Clay from the Shigaraki region of Japan is an orangey brown.

The British potter that uses a stoneware body mix most like Shigaraki clay is Nic Collins.

I don't recognise the mark and, although the foot doesn't rule it out of being of Japanese origin entirely, I would have expected the foot to be more sculptural if it was Japanese. 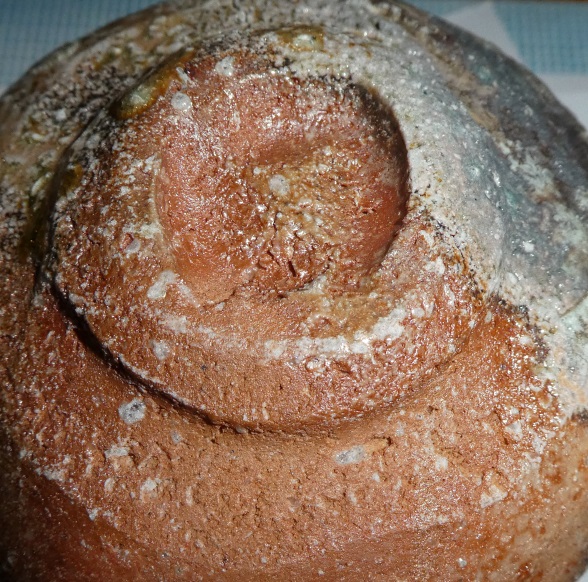 The stoneware body with no ash deposits in the foreground is locally dug and fired Shigaraki clay.


The sculptured foot ring of this chawan (teabowl) is also typical of Japanese work from Shigaraki and Iga that specialise in wood-firing in this way, which is why I am inclined to think your bowl was not made in Japan.
_________________
Now you should know by now that Potty and I need to see your bottom - we're funny that way!