Old school bud vase with what looks to be a HP Mark on it - I'm guessing the P is for Pottery as looks more of a run of the mill piece with a matt finish rater than glazed, thoughts anyone? 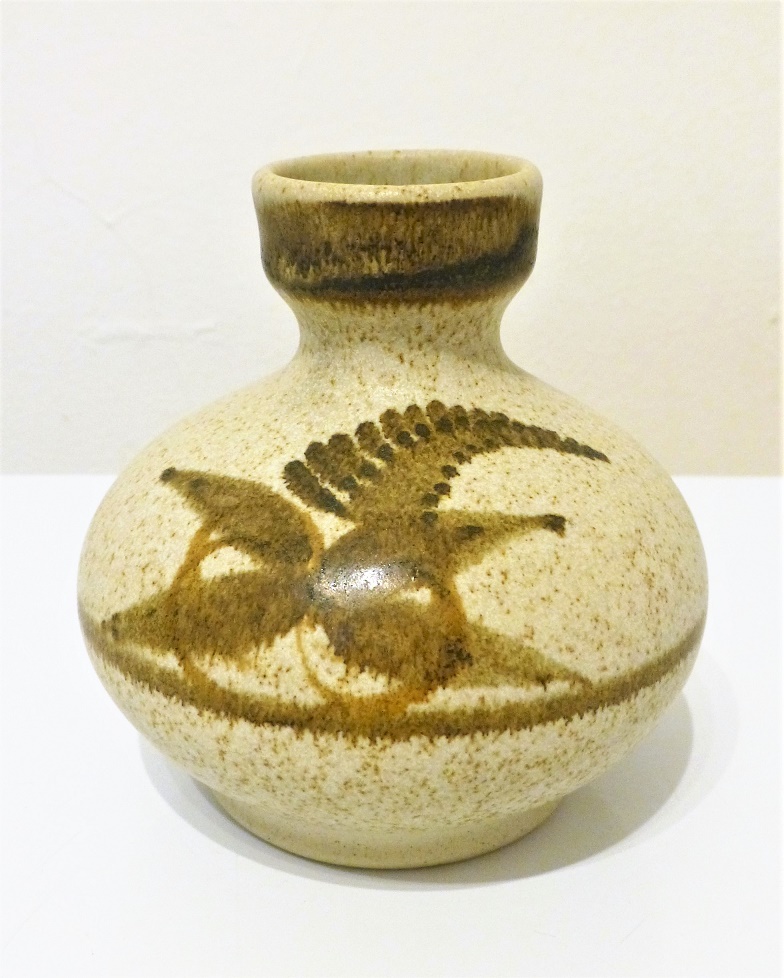 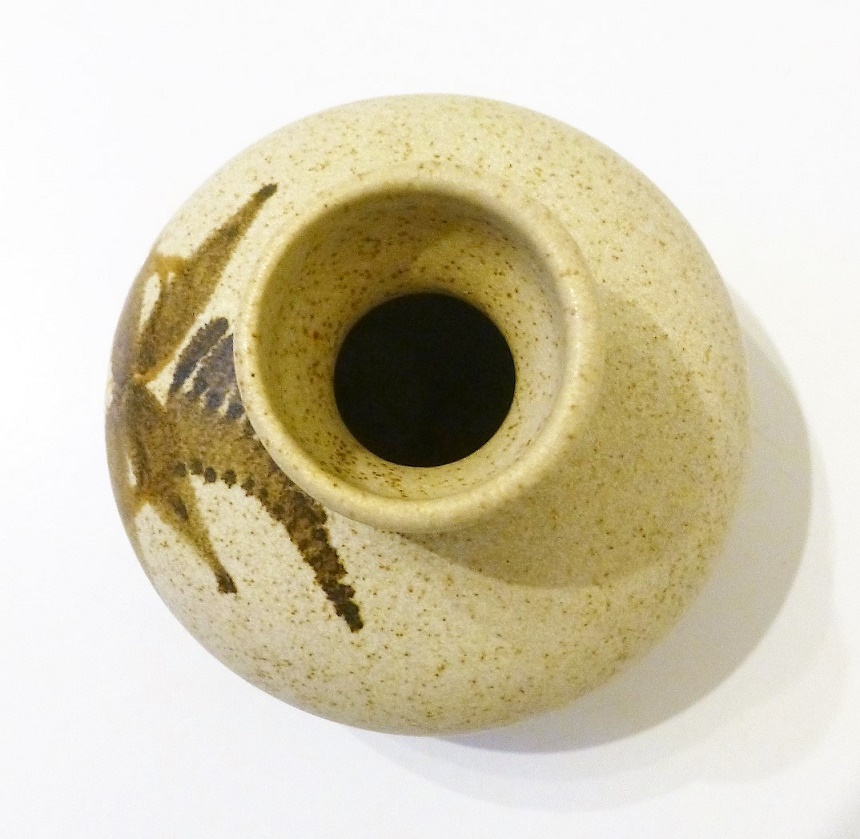 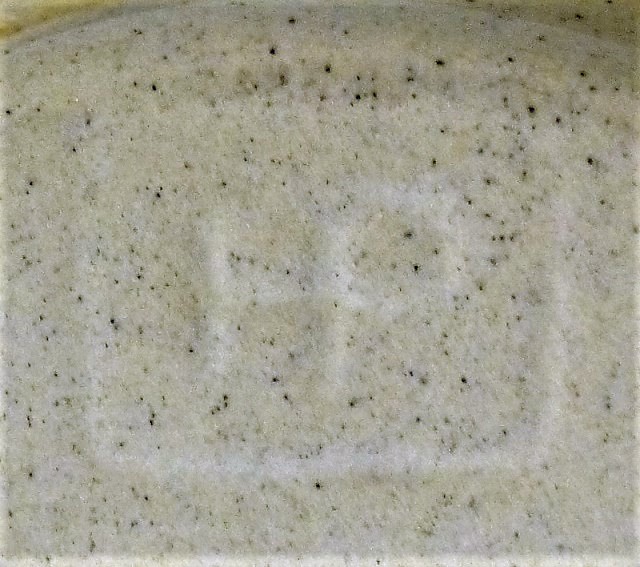 Cheers for any clues...

Haverford West Pottery. Anne & Theodore Whalley. Started in 1962 and ran for a little over a decade. This mark was used 1962/63. You used to see them on Ebay occasionally passed off as the work of Helen Pincombe.

I think you mean Haven Pottery, rather than Haverfordwest. However, I wouldn’t be confident enough to rule out Helen Pincombe. I’ve not seen enough marks by her to say it’s not, and Haven Pottery examples with the similar mark that I’ve seen are molded. It certainly looks Leach-influenced so I think it has a good chance of being by Pincombe if it’s thrown; difficult to tell without a full base photo
_________________
Just my personal opinion, take it or leave it.

Dang I knew i forgot something! 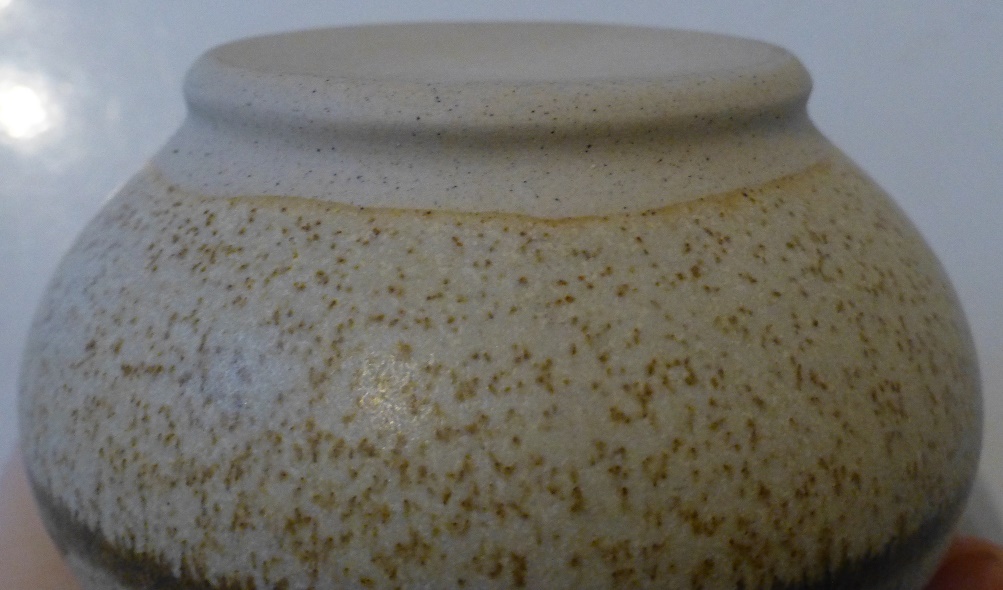 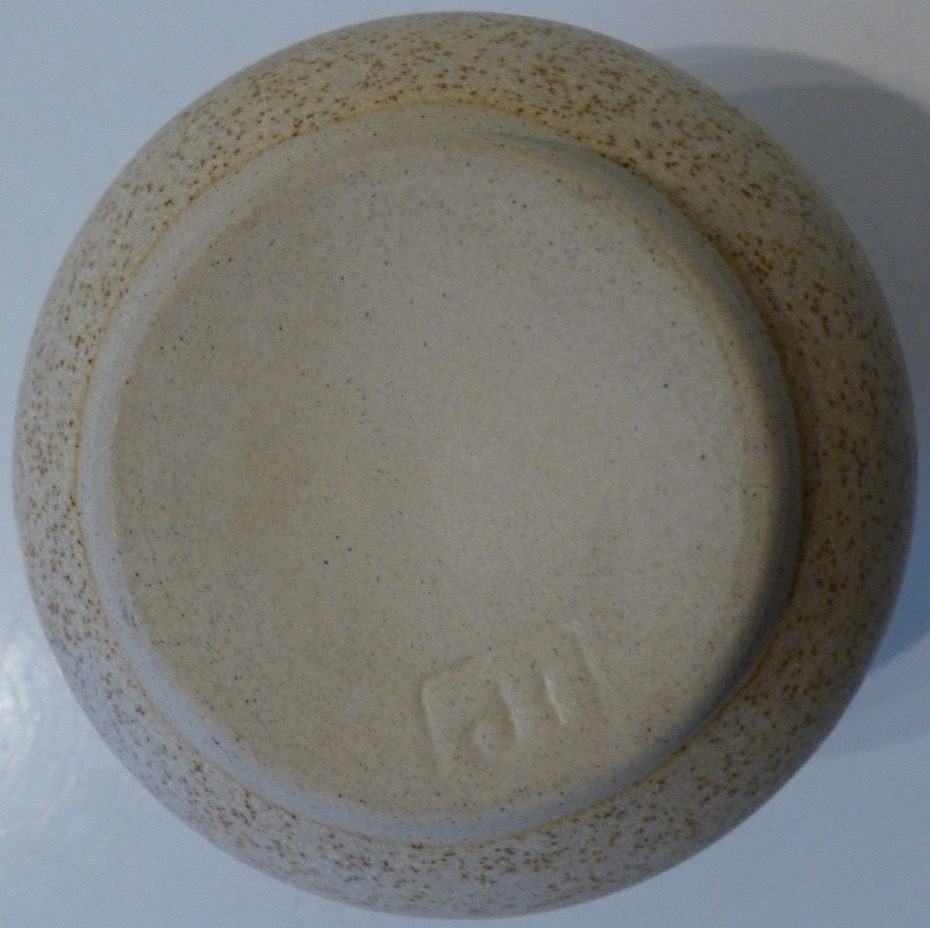 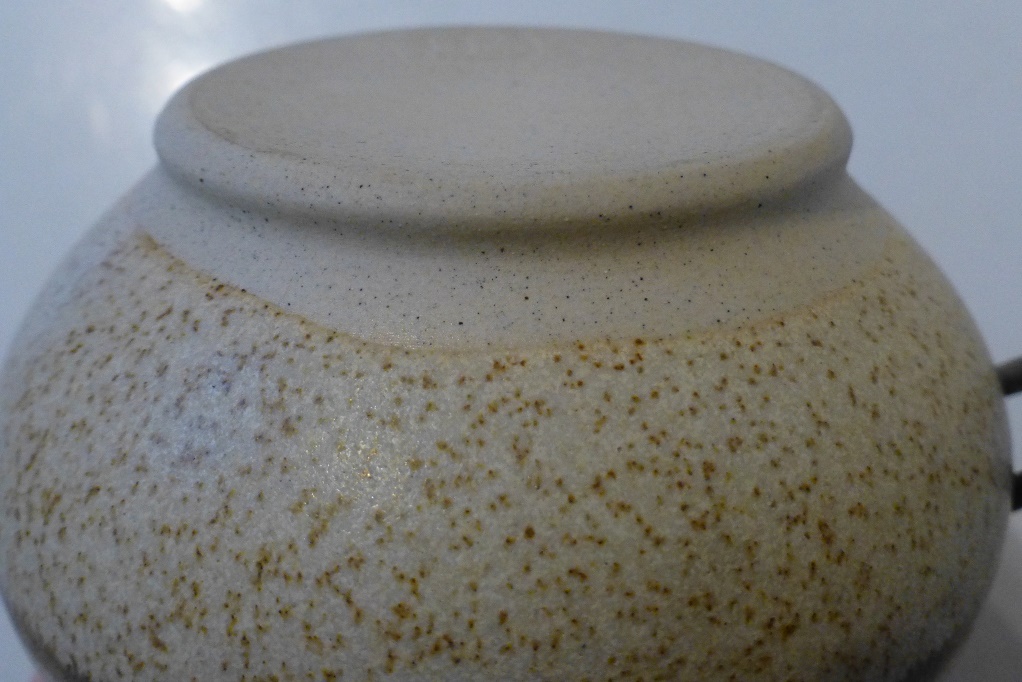 The mark is not where Helen Pincombe usually put her seal on the pieces that I have seen and this seal looks "factory made", which is a worry. Also the foot seems too finished. That puts me off suggesting it is by her but I am not certain, as I haven't seen a great deal of her work.
_________________
Now you should know by now that Potty and I need to see your bottom - we're funny that way!

I agree, that it doesn’t look wheel turned. Just found another one with the same mark and decoration. Haven Pottery is most likely
_________________
Just my personal opinion, take it or leave it.

I agree - it doesnt have an x factor about it - I think must be Haven Pottery...