I can't find any marks on this pot to help me identify it. It looks similar to some of the Leach pottery range but any additional information would be great. Any ideas? it is approximately 26 cms high 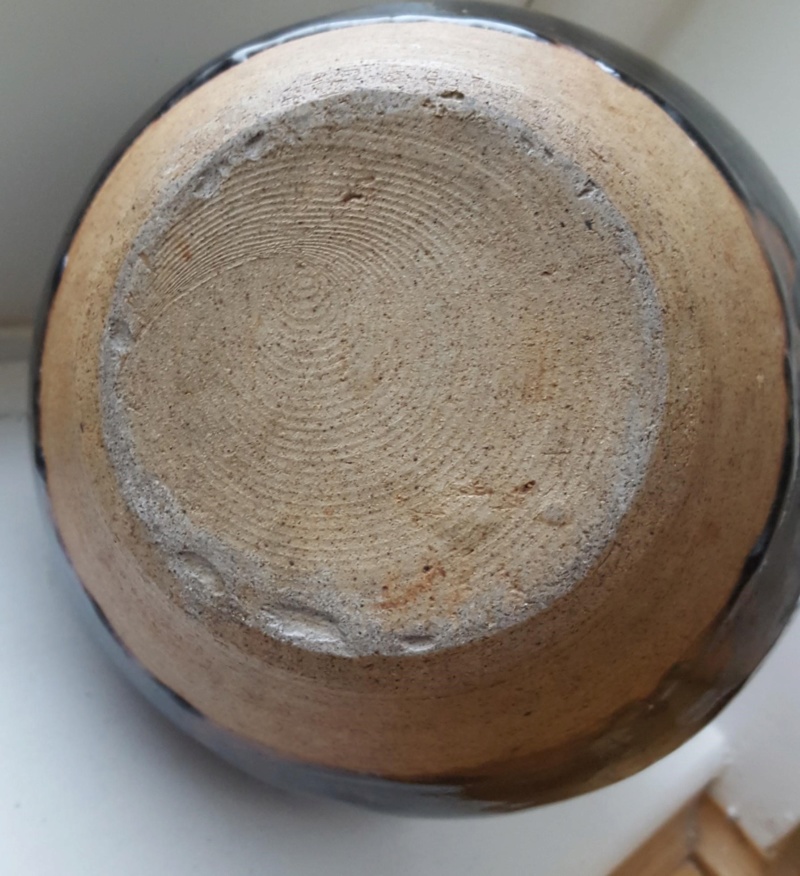 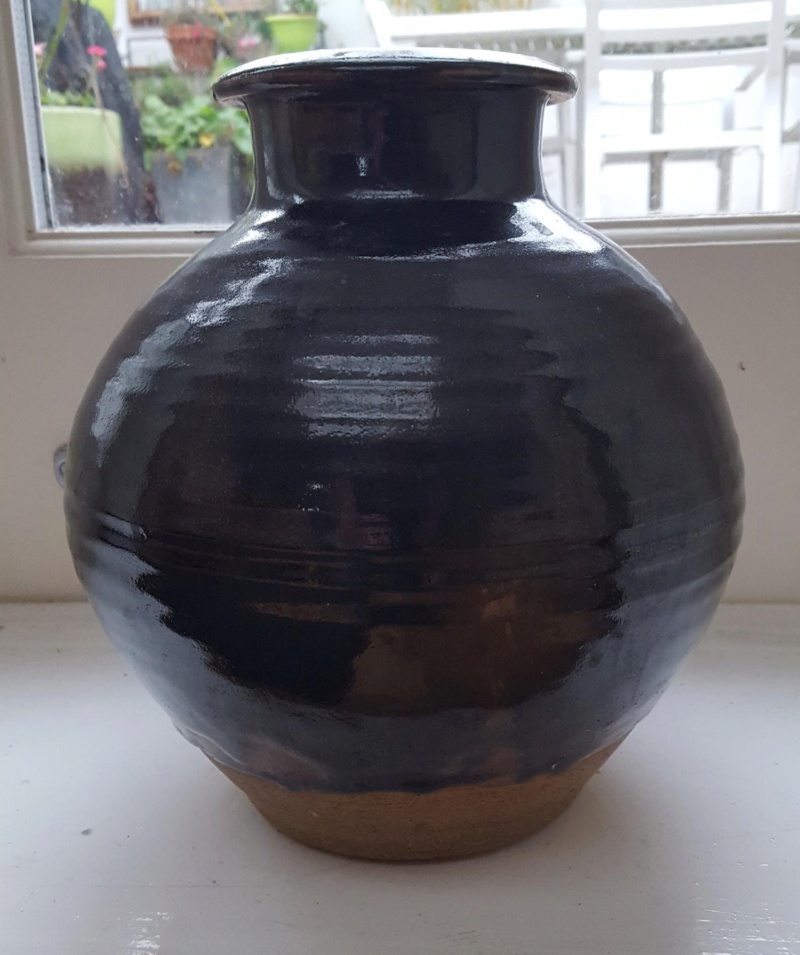 'School of Leach' would be the phrase. Definitely not part of the Leach standard ware range. Too big. So you have a very well made Tenmoku glazed pot very strongly influenced by the Leach Anglo/Orintal tradition. But since Bernard Leach was one of the most influential British potters of the 20th century, it could be by any of a large number of potters. Without a distinguishing mark, it is impossible to attribute it.

Thanks for the speedy response. I was hoping to see a BL or SH mark but still a very well made pot!