Joanna Wason is a Cornish potter. She studied at Exeter College of Art and Liverpool Art School in the mid 1970s and then became a figurative and portrait sculptor rimarily working in clay, although much of her work was then cast.

In the 1990’s she began assisting Janet Leach at the Leach Pottery, St Ives until Janet’s death and continued at the Leach Pottery until its temporary closure and expansion in 2006. Here she started making her own slab-built and thrown glazed stoneware pots. She now works from her own studio near St Just. Joanna makes stoneware studio pieces in the Leach tradition and fires them in a gas kiln. 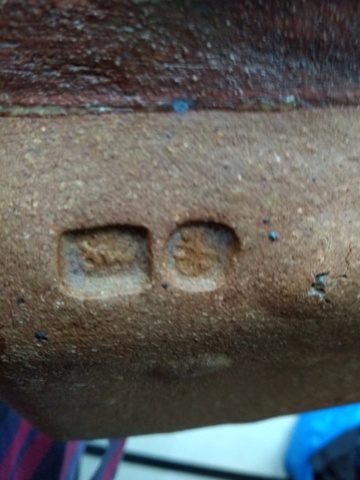 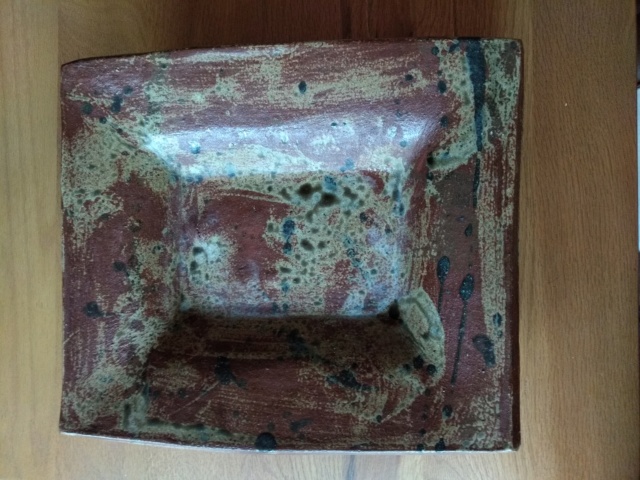 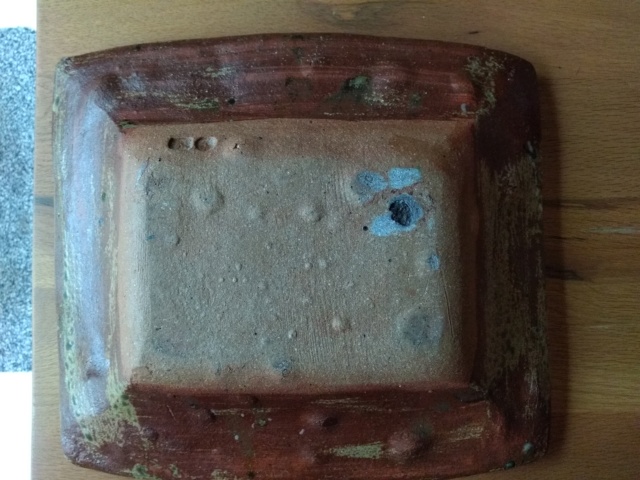 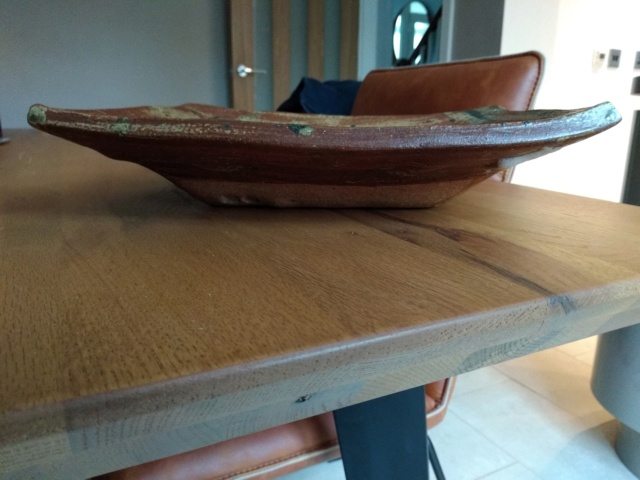 Flask or bottle vase also from her time at Leach Pottery 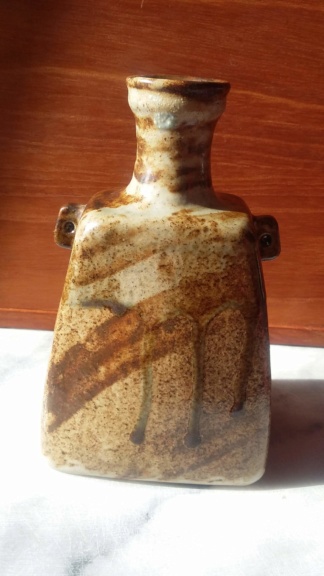 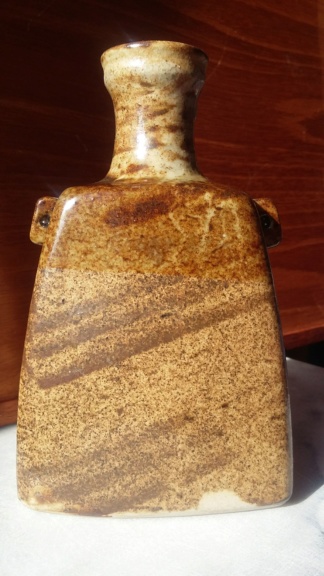 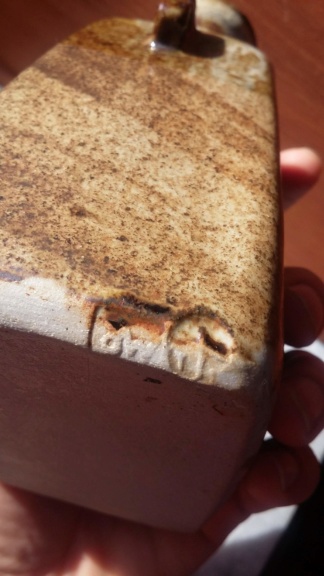