I am wondering if this could be the work of RB - Unfortunately only marked with a No. - just saw a similar-ish thing advertised by Oxford Ceramics on ebay and that had a number on it too, but I dont know much about Batterham... Shame it has no potter's mark on it!!

am i barking up the wrong tree? what's the verdict? 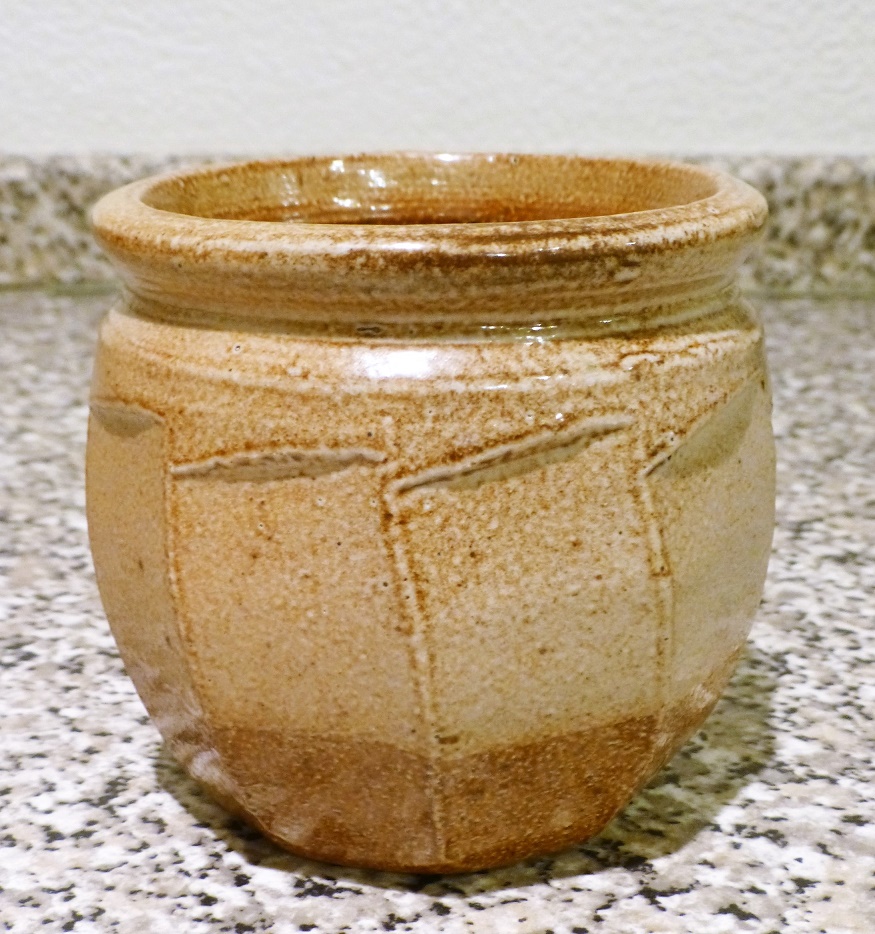 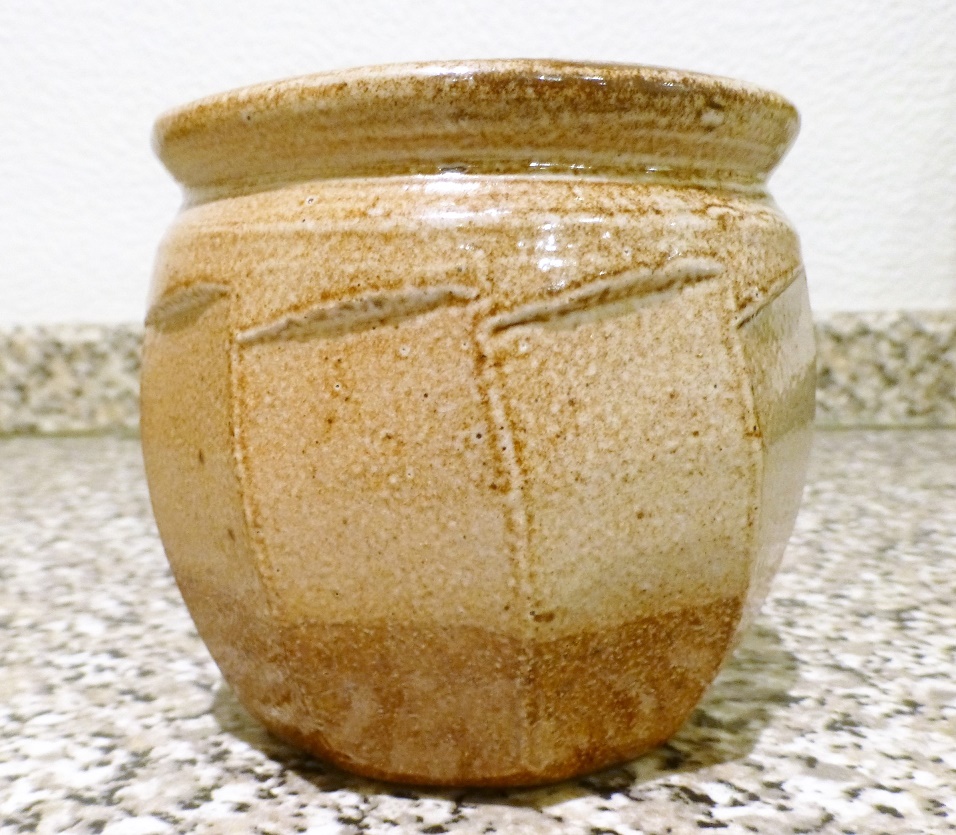 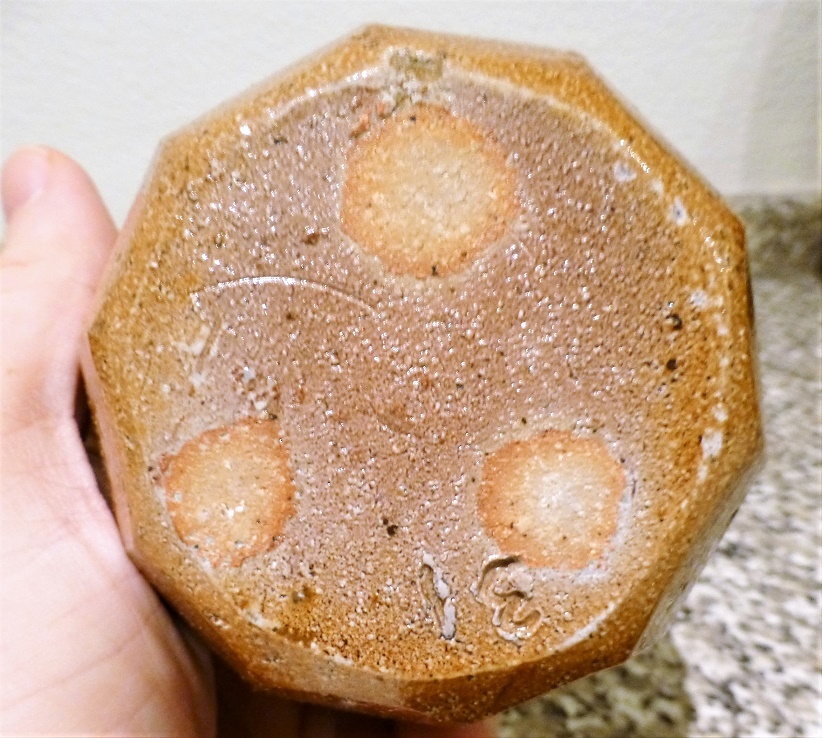 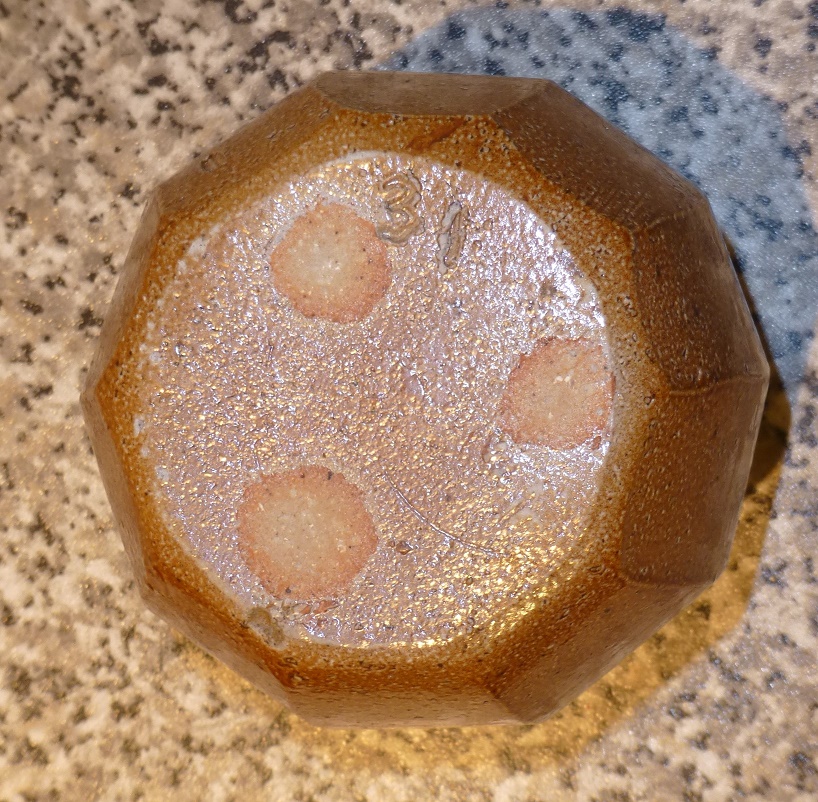 Richard Batterham did not do a great deal of salt glaze. So there is your first problem. He rarely put numbers like that on his pots. Not to say never, but it would be unusual. He has been imitated a great deal, as his work is as near perfection as you can get in a specific branch of studio pottery. Because it is not marked a lot of Ebay sellers market pots that vaguely look like Batterham, as his. It is your normal Ebay minefield. Not to say anything about Oxford Ceramics of course, they are one of the top dealers in the field and no doubt their Batterham is entirely kosher.

A Batterham pot often just sings. It has a stylistic perfection of 60 odd years of potting. It has a look, a beauty that is just umistakeable. At this precise moment I am looking at one of his teapots. You cannot mistake it for anyone else!

So as to this one. Where did you get it? Provenance is important. Batterham rarely comes up at Boot Sales. Those three firing spots on the bottom do not look like a Batterham technique. The cut sided is perhaps just not quite elegant enough. If if was on Ebay as a Batterham I personally would not buy it!

The sloping cuts are typical of Batterham but I agree with Philpot that the rest doesn’t look right. There are a number of other studio potters who make cut sided pots but without a mark it’ll take a little longer to remember who they are
_________________
Just my personal opinion, take it or leave it.

The rest of Philpot's points are valid, but from the (non saltglazed)  pieces I have, I'd say the three firing spots were absolutely typical of RB's  work.

I might have found something that could be a mark on it... Zoomed it a bit... It could be a normal scratch though 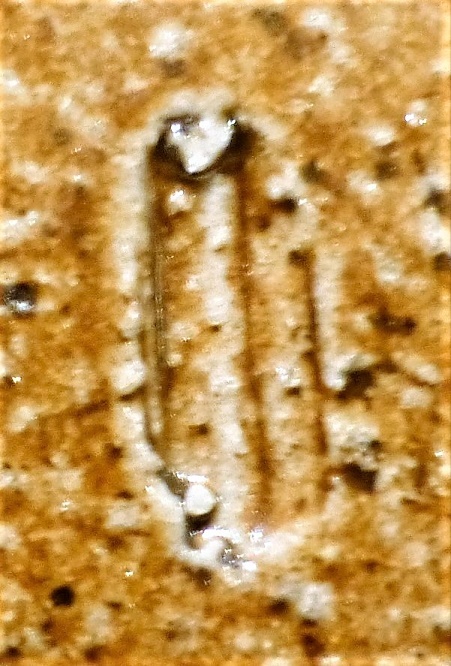 It is by Richard Batterham. Everything about it looks correct to me and the incised number is also indicative, as he uses that to identify different stoneware bodies that he uses from time to time.
_________________
Now you should know by now that Potty and I need to see your bottom - we're funny that way!

Checking it with a number of Batterham’s pieces I agree it’s his. I don’t know what the number represents; Maybe a test piece
_________________
Just my personal opinion, take it or leave it.

When I have been in his store rooms there are always several numbered. The incised ones like this refer to the stoneware body recipe used.

Very interesting. You do learn a lot on here!

Many Many thanks S-Pots, After your comments i looked a bit deeper online and found this example on an auction archive from Woolley and Wallis - which is a dead ringer in style... It also had a mark but saying 3 to 1 so I'm guessing 31 being the ratio in the mixture as the same as above... 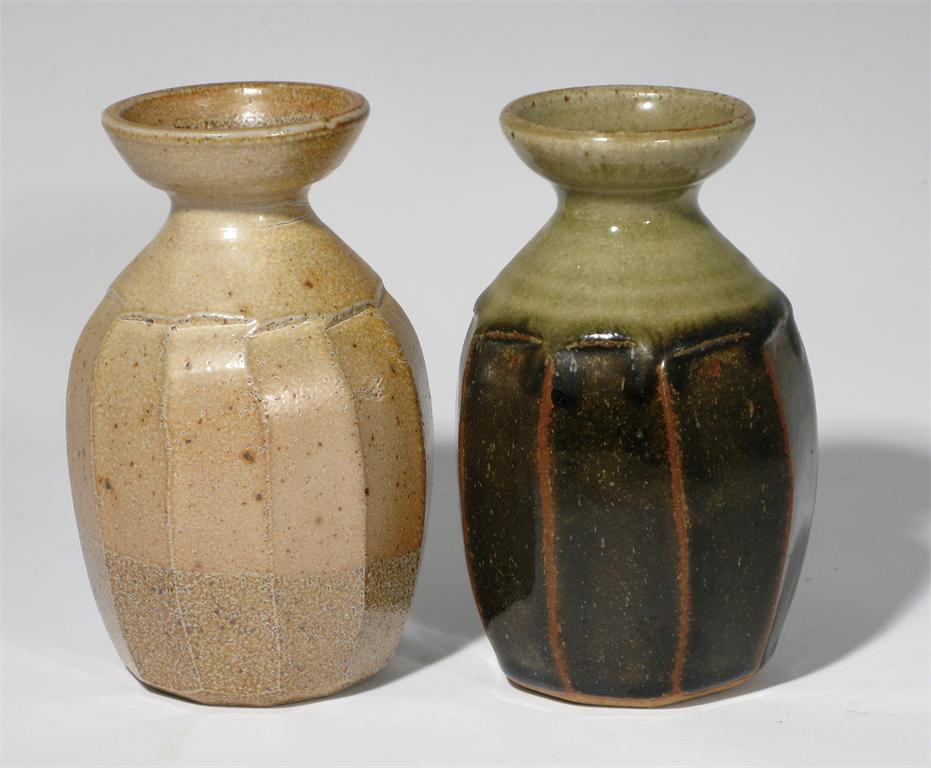