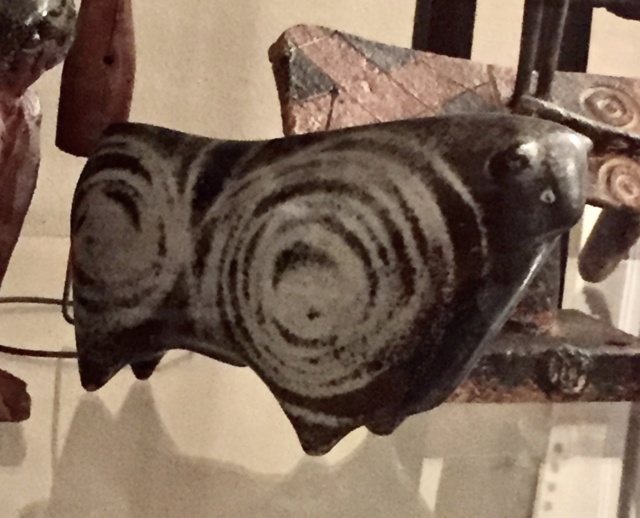 Peter Wright, who has died aged 83, was a versatile and original ceramic artist. He never regarded himself as a potter as such; clay enabled him to move beyond the more functional concerns of many of his contemporaries. He looked outside ceramics to a broader artistic avant-garde as he became increasingly sculptural in his concerns. His medium gave him considerable scope to explore, as he moved from tablewares to abstraction and finally to figuration in his attempt to make his material "sacred again".

Wright was born in Hitchin, Hertfordshire. He was brought up in Enfield, north London, and after war service in the army attended Hornsey College of Art from 1946 to 1950. Here he studied graphics, but also discovered the allure of clay. In 1957 he went to teach art at Sutton Coldfield college of further education, where he was obliged to also take ceramics classes. A crash course of self-tuition refocused his interest in the material and its possibilities. He realised how he could integrate his graphic skills with a three-dimensional form and was attracted to a discipline with its own seductive alchemy and processes.

In 1954 he settled down with his wife Sheila at Monkton Combe near Bath - in the midst of a beautiful valley that was to influence his forms and decoration. Wright scraped by through producing well-designed domestic ware, but also ambitious press-moulded tin glaze pieces that reflected the structure of the surrounding landscape. These works reflected the sculptural aspirations of the ceramists associated with the Central School and Institute of Education in London - such as William Newland and James Tower. Wright's work shared their stylistic debt not only to early Mediterranean pottery but to progressive continental art, and the vibrant ceramics being made by Picasso at Vallauris.

Successful with this work, Wright exhibited at venues like the British Crafts Centre, the Design Centre and, in 1957, at the Victoria and Albert Museum. By the end of the decade he was making more totemic forms, simply glazed and with incised or applied relief decoration.

Combining techniques of throwing, press moulding and handbuilding, these had affiliations with potters as diverse as Hans Coper and Gordon Baldwin. Yet, despite his admiration for Minoan and Cycladic pottery, Wright distanced himself from most contemporary ceramics and looked to a broader picture - to medieval art, African sculpture and artists such as Chagall and Morandi.

In 1957 he began teaching at Bath Academy of Art and then at the college of education. Quietly passionate, Wright made a great impact as a teacher, but resented the collegiate bureaucracy, which was a distraction from his own work. In 1963, the Wrights moved to Bath, while Peter continued to produce pieces at Monkton Combe.

He remained preoccupied with the symbolism of the vessel until the mid-1960s when, frustrated by creative stasis, he moved in a more sculptural direction. He made inventive abstract pieces, notably in porcelain, comparable to the preternatural biomorphic shapes of the potter Ruth Duckworth and the totemism of sculptors like William Turnbull and Kenneth Armitage. His underlying themes dealt now with some of the paradoxes of human experi ence: issues of unity and integration, separation and release.

In 1967 he moved his studio to Gloucester Street, Bath, where, after separation from his wife, he also made his home. He had a run of successful exhibitions there and abroad and his work was acquired by several museums, but Wright regarded such attention as a burden. He was distrustful of art world "hype" and had no interest in promoting his reputation.

By the late 1970s, though still making some pots and producing relief pieces, his activity centred on the small figurative interlocking sculptures for which he is best known. Superbly modelled, many were made in slipcast porcelain editions and had an abstractly archetypal quality reminiscent of Henry Moore and the domestic intimacy of early Staffordshire figures.

What meant most to Wright was that his art might have a lasting life in people's homes, an antidote, he hoped, to an increasingly technological world. As the retrospective exhibition that has just opened at the Bristol Guild Gallery demonstrates, he succeeded in this quest.

He is survived by his son. 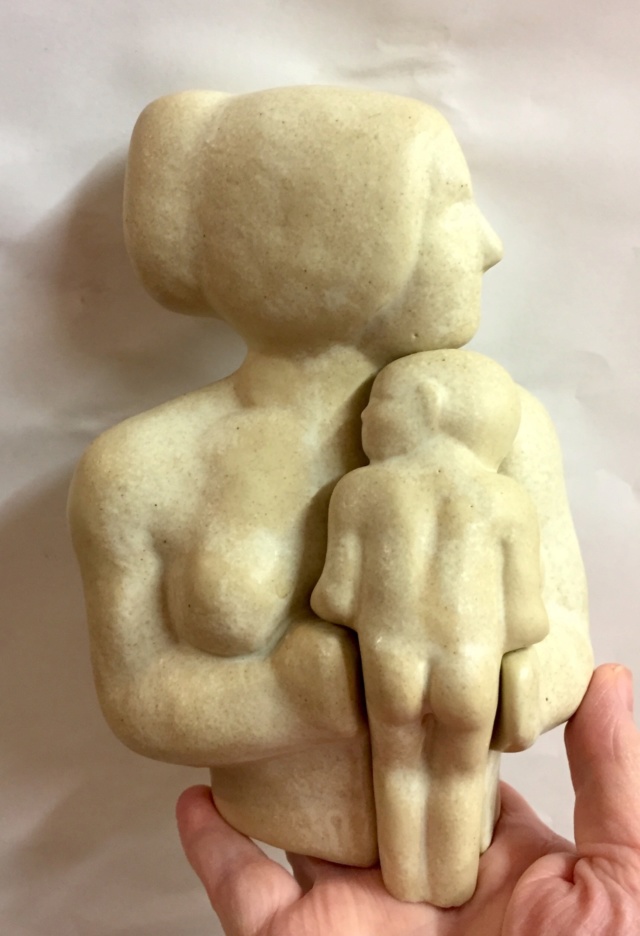