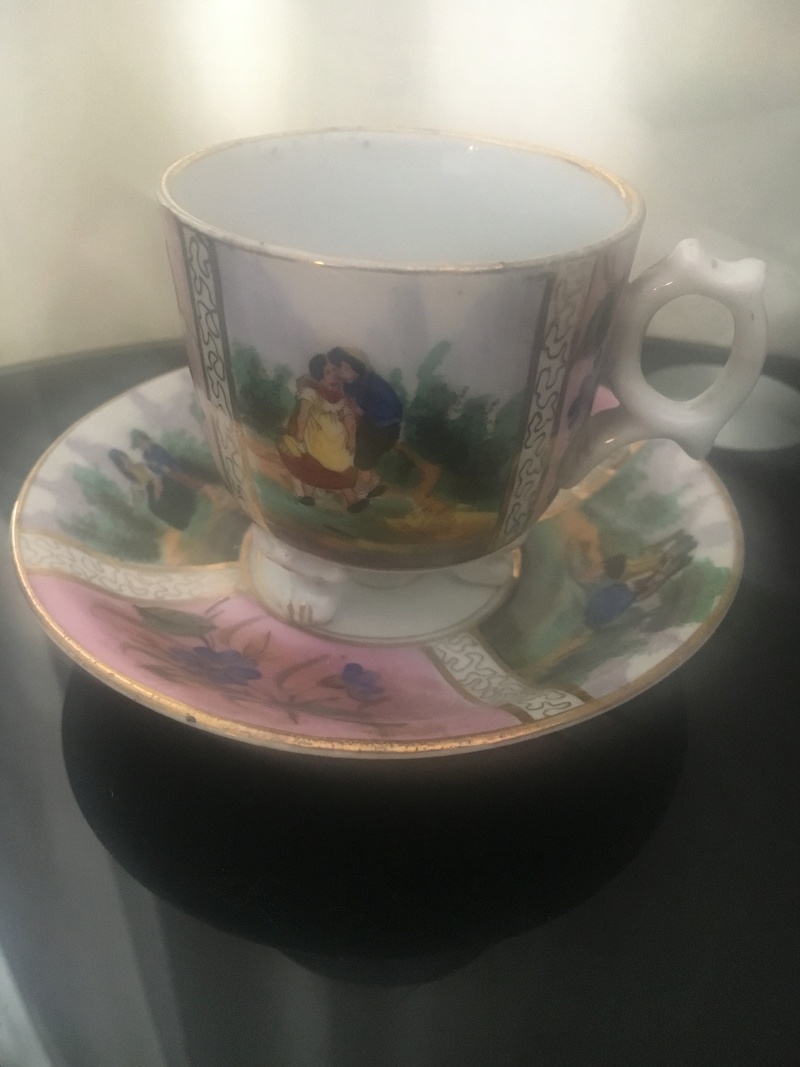 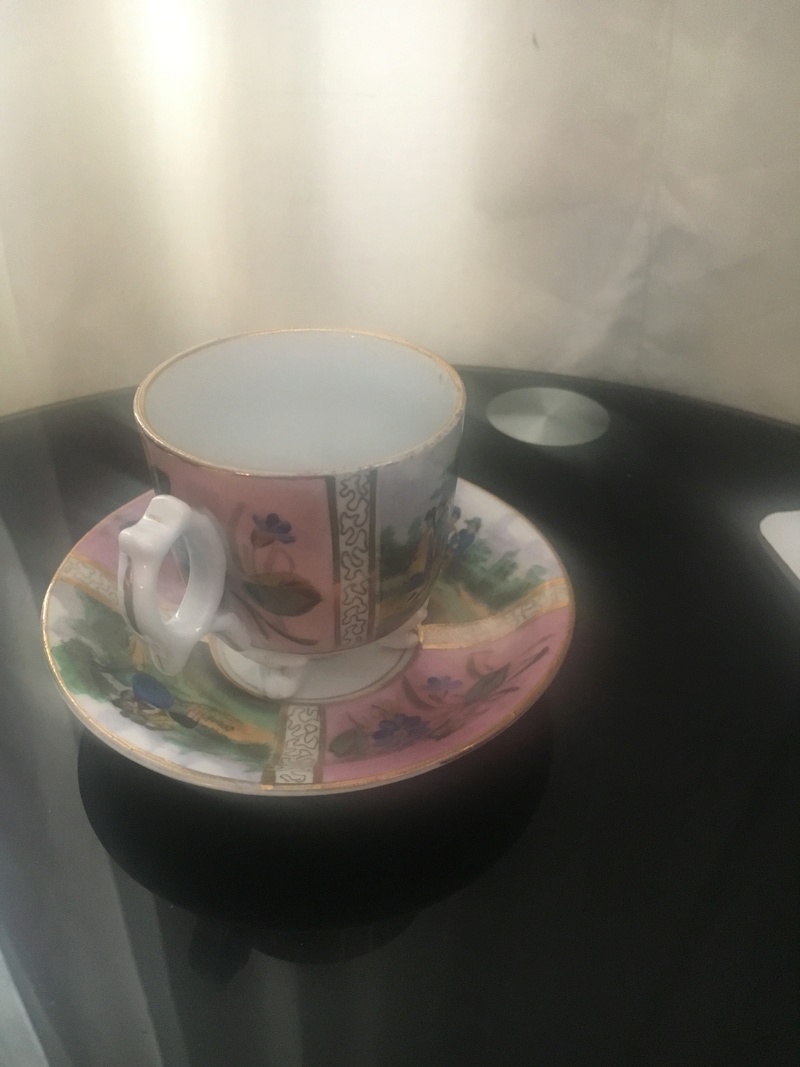 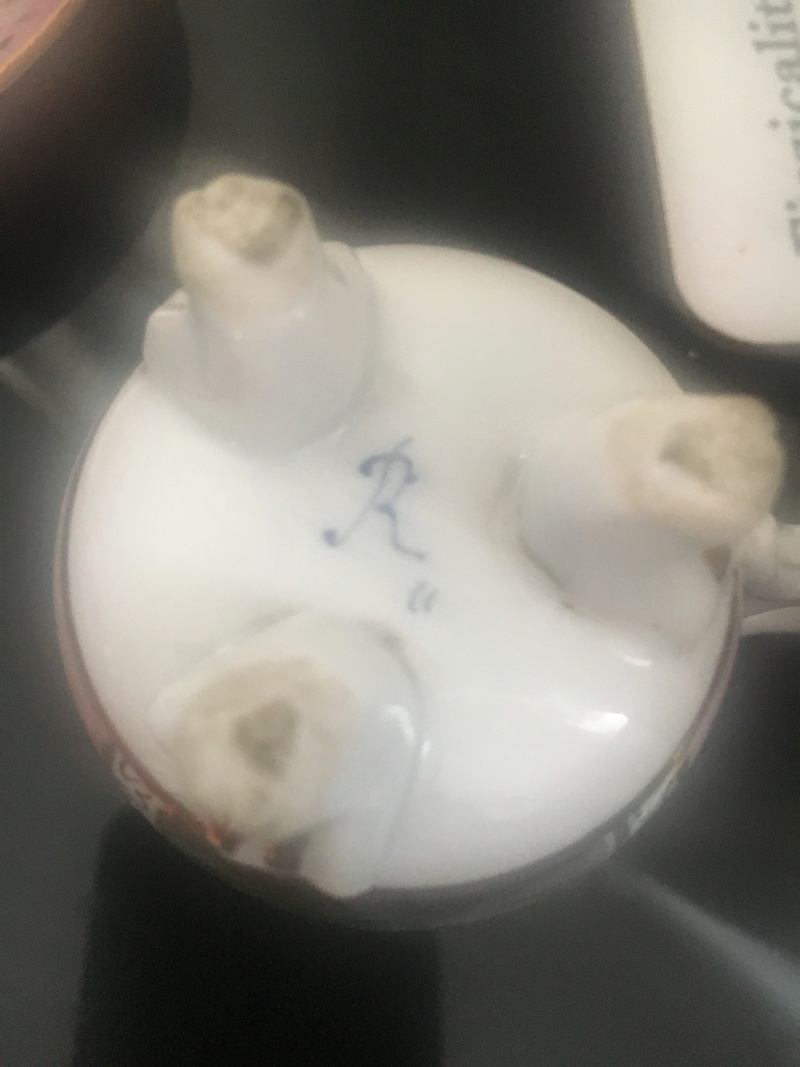 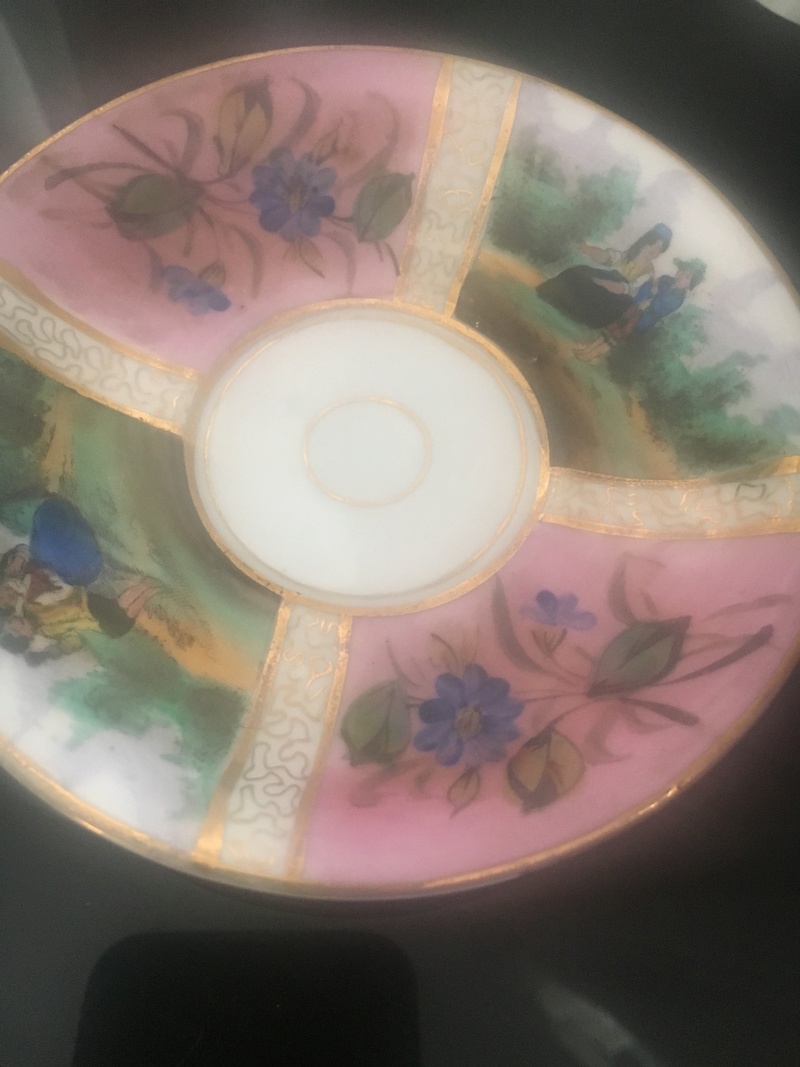 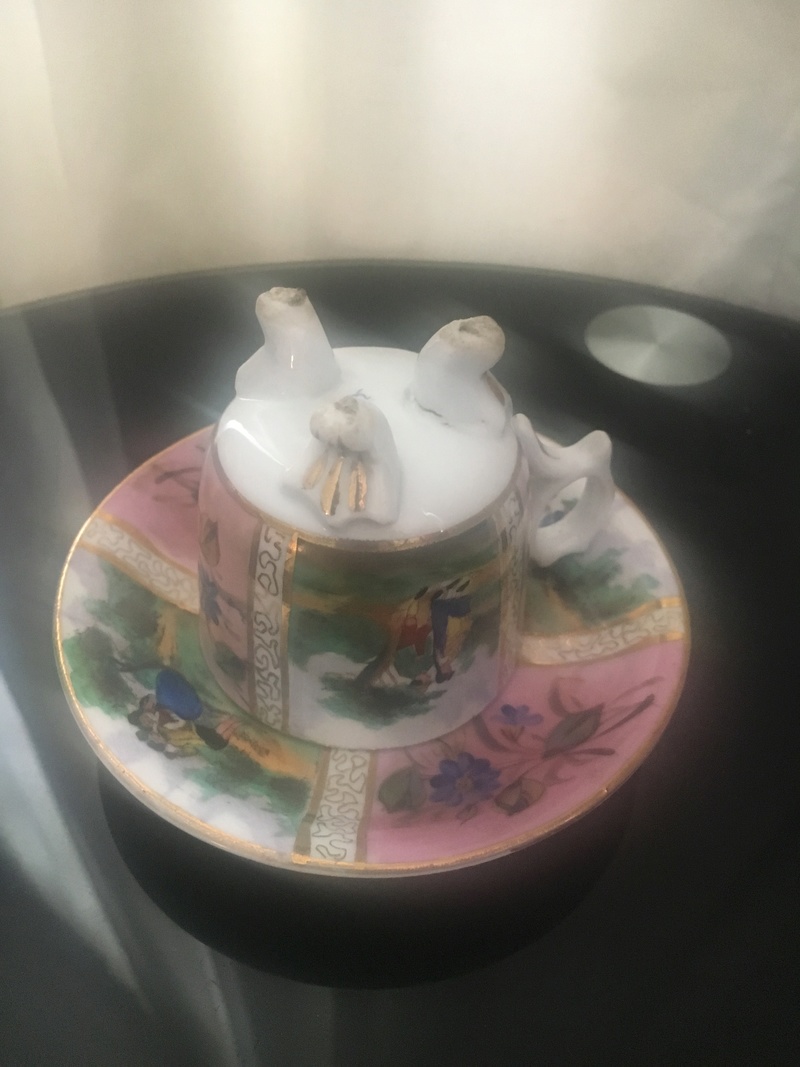 One of the Austrian/German potteries from the late 19thC, but I don’t know the mark. Worth doing a google image search for Austrian china marks; there are several lists online
_________________
Just my personal opinion, take it or leave it.

The most likely possibility as far as I can see is the Rudolstadt Volkstedt factory in Thuringia, Germany. They started to use this mark from the early part of the 19th century but I think it continued to be used into the 20th century so the mark doesn't help with dating.
_________________
Now you should know by now that Potty and I need to see your bottom - we're funny that way!

That’s amazing Thankyou you both for your knowledge

Just to concur with Naomi and SP, almost certainly German in the style of Dresden - try a Google image search with 'Dresden Watteau' with or without 'Augustus Rex' and some very similar stuff will show up.