The mark has what looks like a sandcastle with a piece of string coming out the top and the name underneath ..cant be read. 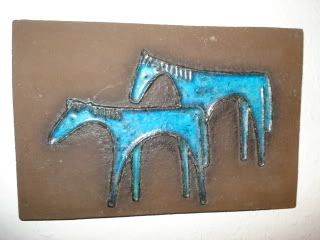 Whoops - ignore my last message..... brain's only half-turned on. Horse plaque designer is Dietlinde Hein - she was associated with Knabstrup between 1960-65. It's quite likely, judging by her other works, that she designed the apple plaque too - but I'll have to research a little more.

It's because I was also looking up a decanter I have by Praschak at the same time that the error arose. *tut*

Many thanks. I'll re-add the information that Knabstrup existed between 1907-1977.

I'm also including the Günter Praschak decanter I mentioned.... Praschak, an Austrian-born ceramacist, worked for Knabstrup between 1964-1970, during which time he also ran his own studio in Denmark.

Ah, had a bit more time to scour my resources. The apple plaque was designed by Christine Konschak, a German ceramacist who designed for Knabstrup between 1967-70.

I really like a lot of Knabstrup's output, but it all seems woefully under-rated. I think it's because a lot of it wasn't very well backstamped, with Knabstrup relying heavily on labels. Many of the hand-painted 'art pottery' pieces only bear the artists' monogram, so can be very hard to identify once the accompanying label has gone.

Johannes Hansen, for example, created some wonderful sculptural pieces for the factory during his 1953-70 tenure as artistic director of the firm. Pieces such as: http://www.holbmus.dk/projekter/knabstrup/floejpig.htm

Seriously, if much of my spare time/cash weren't invested in Holmegaard glass, I would be focussing on this factory. Without a doubt.

Post-1977: Bjørn Wiinblad takes over the factory after it merges with Nymølle. The factory is renamed Knabstrup Keramiske Fabrik A/S, and (from what I've gathered) only produced Nymølle designs thereafter, until the factory closed in 1988.

More info about Knabstrup and their designers (in Danish) here...

It's the same as my Günter Praschak decanter, but with a different decor.

is your decanter that small??

A bottle vase with a stylised leaf design on all four sides. Cube shaped candle holders with same design. All pieces are fully marked with the double K mark and what I think is the designer's monogram (any ideas?). There is also a KK paper label on the vase and the remainder of one on one candle holder. Silky, matt chocolate glaze.

A pair of ceramic penguin money boxes from Knabstrup. Height is 27cm. Coin slot on the back. Matt glaze.

My mother found this Knabstrup (Denmark) Plate? in her basement. My dad is always at an auction. This label has numbers 216/850 on it. And a Dutch oven Stamped into plate. Any background information would be appreciated.

Any info on the stamp and impressed number on this bowl would be appreciated, approx 6 inches across  x  1.1/2 inches deep.

Never thought it was an ashtray though, not being such vibrant colours.
And also having a raised glaze in the bottom, like an orange peel effect.

Thanks for the info Jakjo, i knew i could rely on this forum to get an answer.

We purchased this wall plaque a number of years ago and have never been able to identify a potter/company who may have made it. Made in Kastrup, Denmark, but that is all I have been able to gather from it. The bottom right hand mark/stamp I haven't been able to decipher either. As always any and all thoughts welcome.
Thank you in advance. 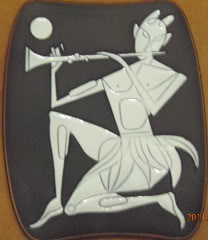 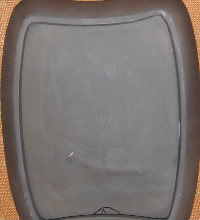 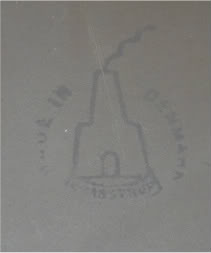 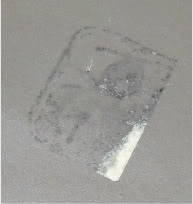 have a look here:

A little pot with a melted glass bottom. I can't make out the mark. I'm pretty sure it says Made in Denmark around the edge. There is a small possibility that it's says Germany rather than Denmark but my money's on Denmark. I think there is a name below the sandcastle type image but it's too pale and blurred to read. 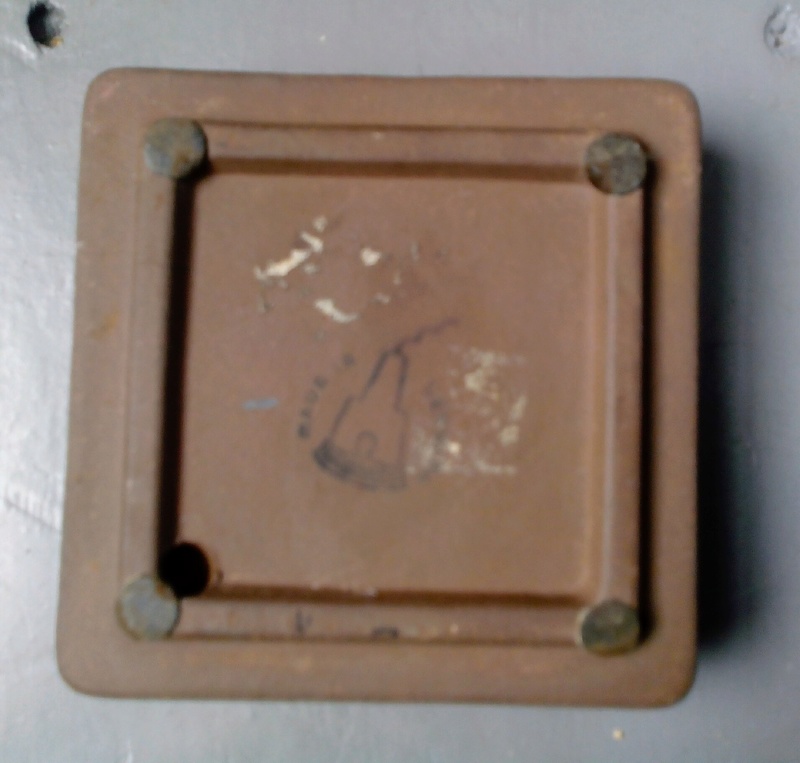 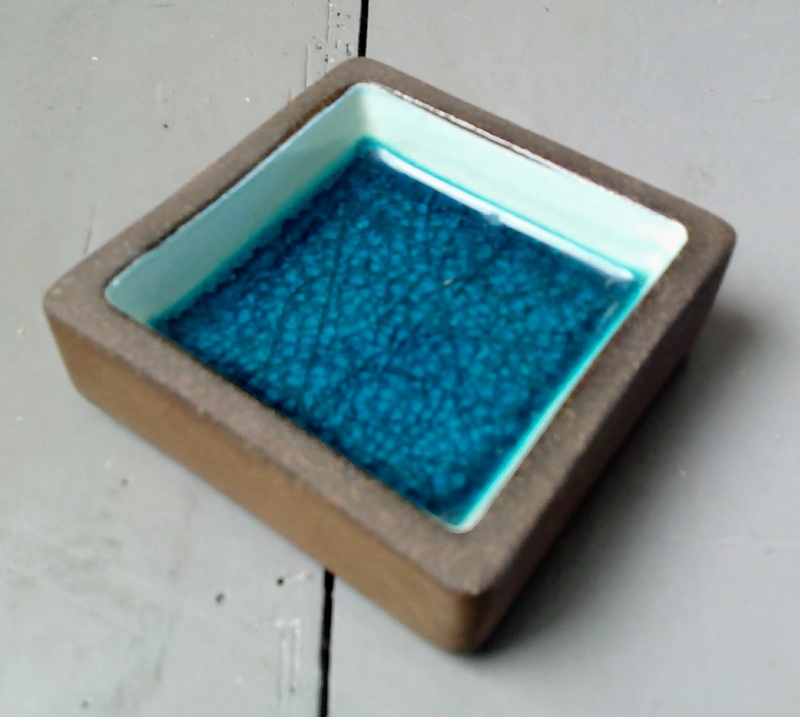