The chap I bought this from said his Dad got it at the end of the war. It's marked Rhodes 1945 and has a military symbol (at least I think it is). Any information would be brilliant. 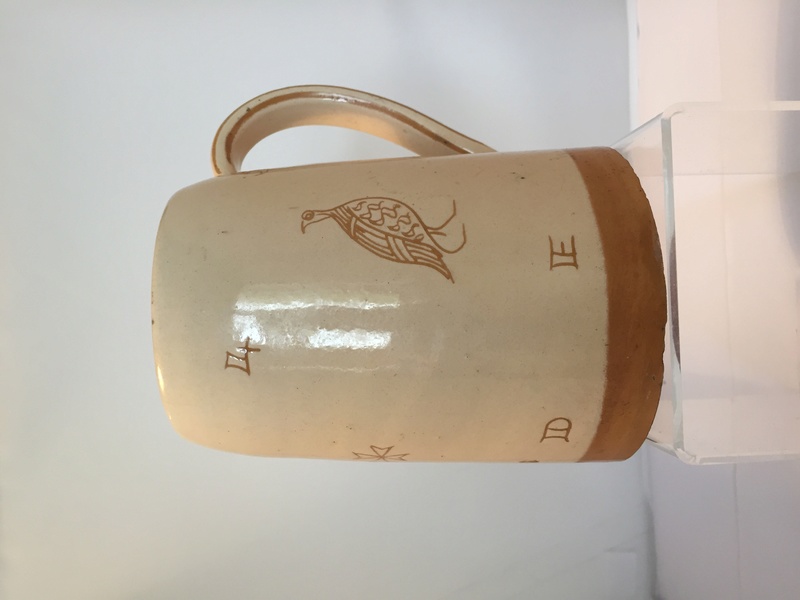 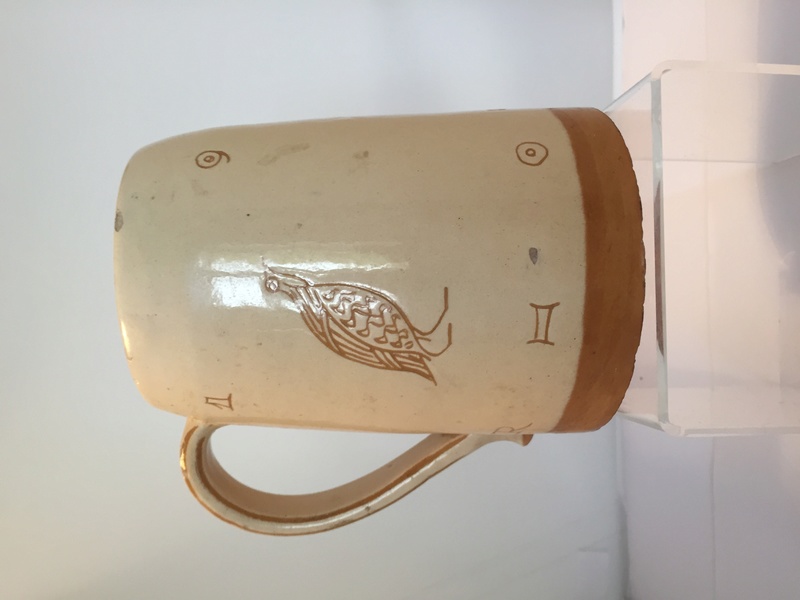 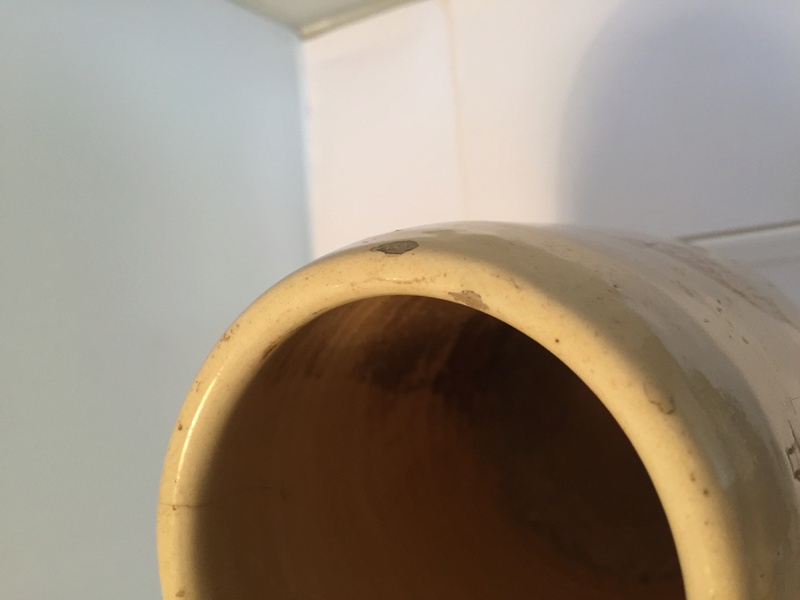 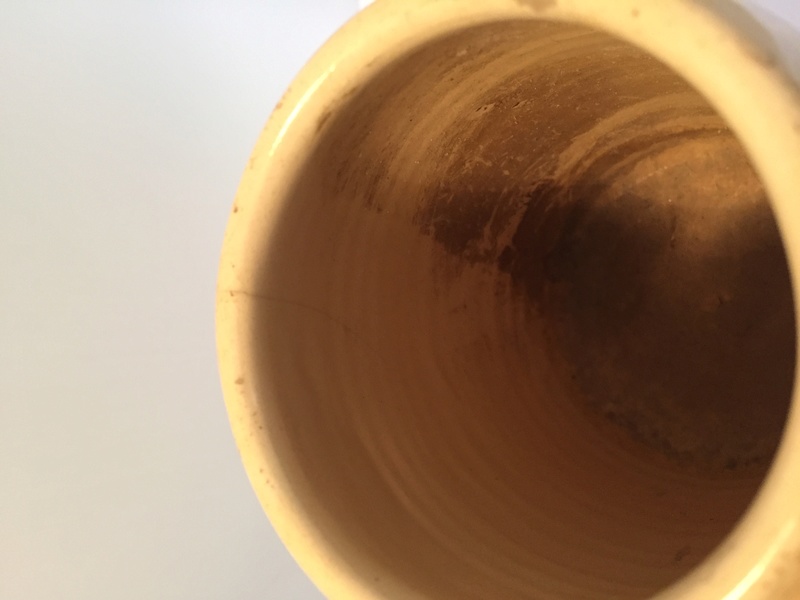 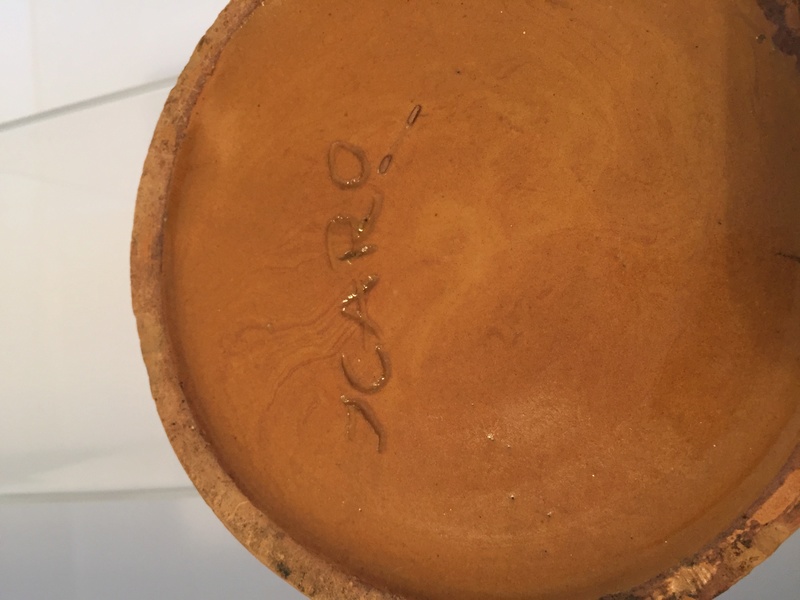 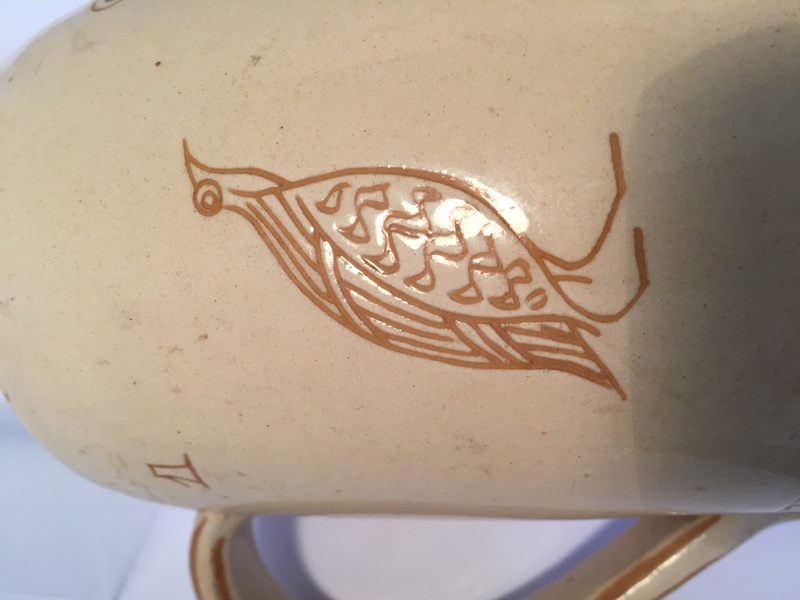 I'm wondering if it says Karo?

Here's a pic of the symbol which could be a regiment or possibly Malta? 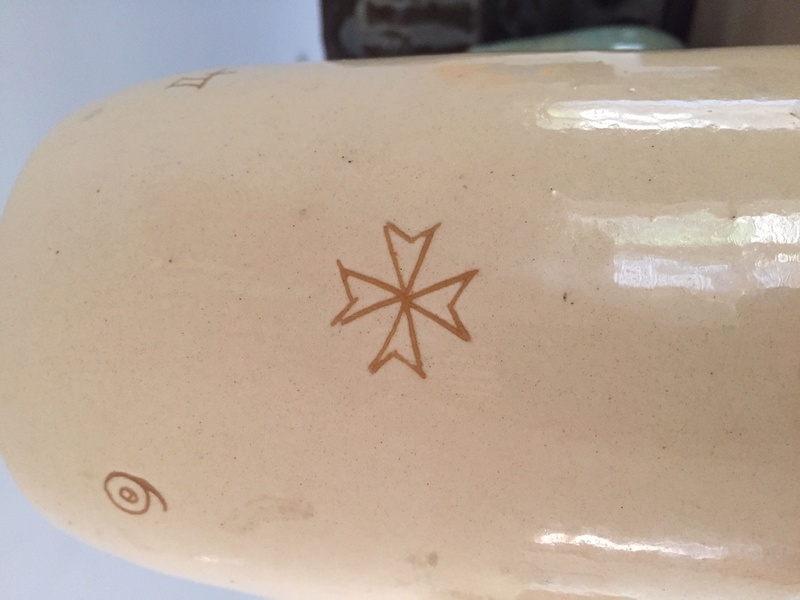 The Border Regiment cap badge has that shape symbol.

Looking at war records there where 6 people with the name Rhodes who served in that regiment - so it could be that one of them had it made at the end of the war as a souvenir.

There is a  connection between the Greek island of Rhodes and the Maltese Cross, as the Knights of St John (whose symbol it is) were based in Rhodes until they moved to Malta in 1530.

The shape more reminds me of the simplest kind of German stoneware stein.

Perhaps it's ICARO on the base, for Industrie Ceramiche Artistiche Rodio, which operated under that name from 1929 to 1950:
http://www.ceramopolis.com/?p=776
http://www.greece-is.com/news/historic-rhodes-ceramics-display-benaki-exhibition/

A long way from their usual Iznik- inspired output, but obviously they were complicated times.

My first thought was Greek -simply because of the Rhodes name. The British where in Greece in 1945 to try and prop up the government against the Communists. So it could be that it was done then.

As I understand it, Rhodes only became part of the modern nation of Greece in 1947. It  was ruled by Turkey until seized by Italy in 1912, and by the Germans following the breakdown with their alliance with the Italians in 1943. The  British occupied the island  from May 1945, following the German surrender. Conditions were clearly desperate. Some interesting pages here:
http://www.johnhearfield.com/Bob/Dodecanese/Starvation.htm

Having looked through the Facebook page I can see some small details that are similar - the basic shape of the bird decoration the shape of the handle. There was one bowl that was undecorated on the FB page that had similar colour glazes. So it could well be from ICARO.

Perhaps a potter made these for soldiers in exchange for food/money - like you say they where desperate.