I found this pottery cup and saucer. Cup: 2.5" tall. Saucer: 5.75" diameter. Triple stilt marks on base of both pieces Looks very familiar but I can't positively ID the maker. Can somebody ID this for me? 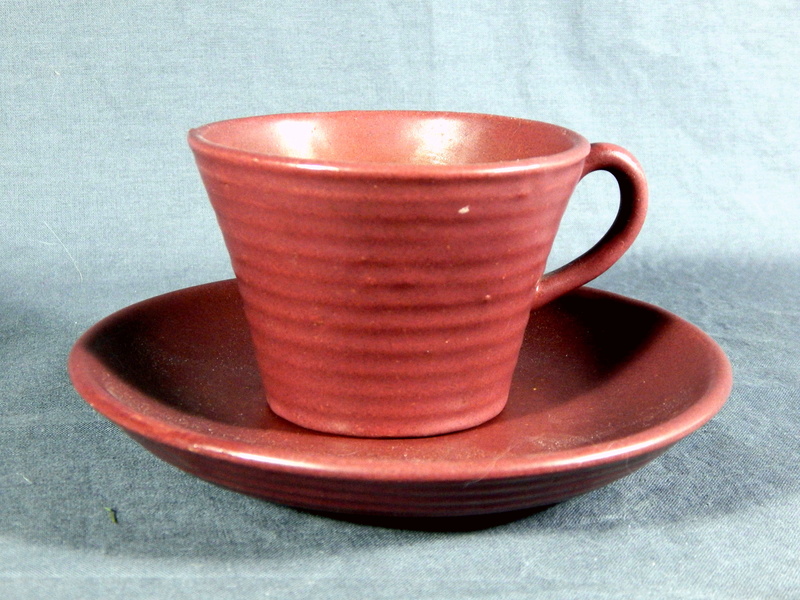 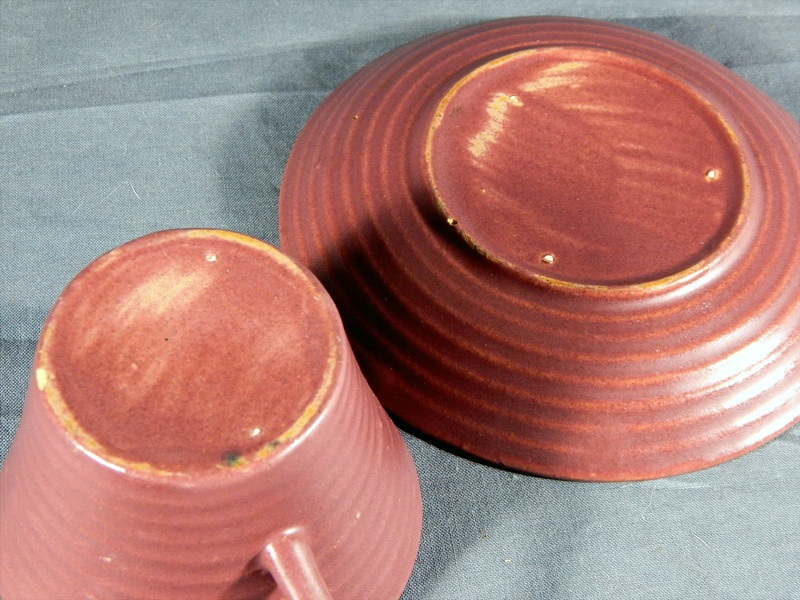 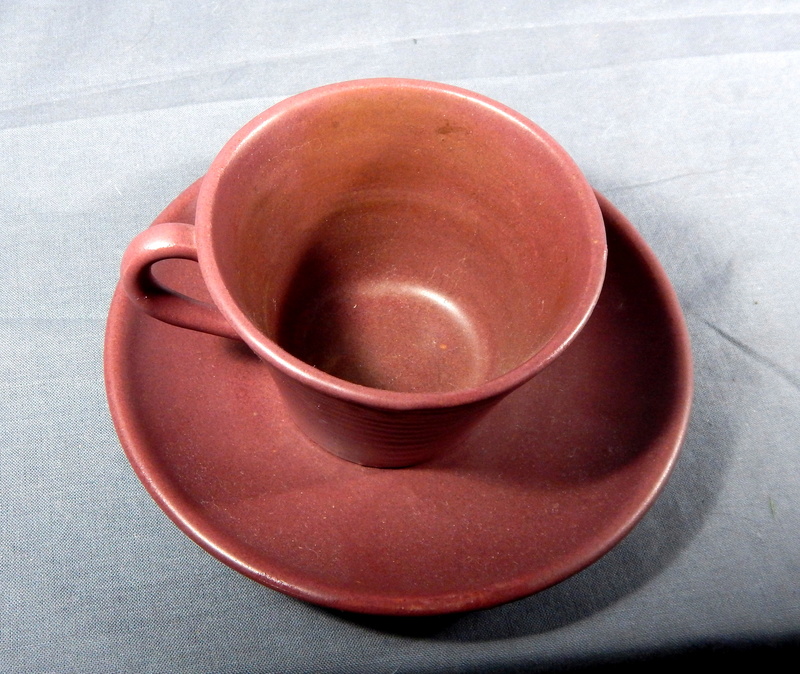 James this will get moved to the ID thread

That base and the way the glaze is almost washed over with a brush looks very Devonmoor but the colour of the clay would normally push it away from that part of the UK. It looks to be 1930's and the lack of a makers mark would suggest it was made for a retailer and not for the maker to sell directly. Not sure it has a UK origin. Probably made in the state it was found in Michigan by a local supplier. Very difficult to ID as the style is very common and even if you found a match there would be no certainty the same maker made yours.

Still its 1930's and nicely made. The factory would add very little to the value, the chances of adding and making a set are almost non existent so I would simply enjoy it.

Off the top of my head - and I really know very little about US pottery - this matt glaze is similar to that used by Van Briggle, while the ribbed body looks a bit like Homer Laughlin's Fiesta Ware.

Are there any US-based websites for ID'ing US pottery? US collectors may have more insight into US pottery than UK collectors...

Search for American Art Pottery, and MidCentury Modern, on Facebook. There are several but some are more upmarket than others so read their pinned posts.
_________________
Carrot cake is just fake cake