Pair of desert (fennec) foxes. Crested china with Taunton crest. Can't find another example online so wondering who made it. 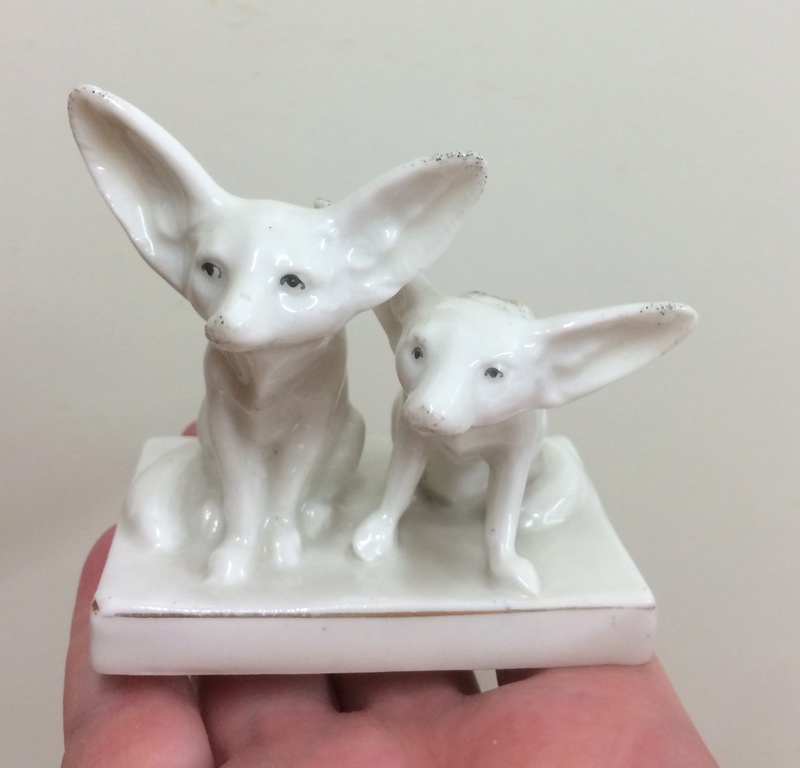 I have seen some very unusual crested items in the past and it does make me believe that they bought in blanks from other companies. I have even seen a Bernard Moore Monkey blank with a seaside town coat of arms slapped on its back. It's almost as if they bought plain white end of lines, overstocks or bankrupt stocks and used them instead of making it themselves. These foxes look like they type of thing Doulton Burslem would make for its flambe range in the 20's.

Cheers :) That would make sense because there is definitely evidence of refiring, with black soot in the glaze on the back of the ears
_________________
Carrot cake is just fake cake

Seems to be a lesser quality copy of a Meissen group.
http://pin.it/NJjGajG

These things were often made as pairs with mirror images to go both sides of a clock. When that style fell out of favor they often they got made and sold as singles.