I have this lovely pot - probably 1910-20s - but I can't find the pattern name or what sort of lid it originally had. Mine is silver-plated but I suspect that it's not original. 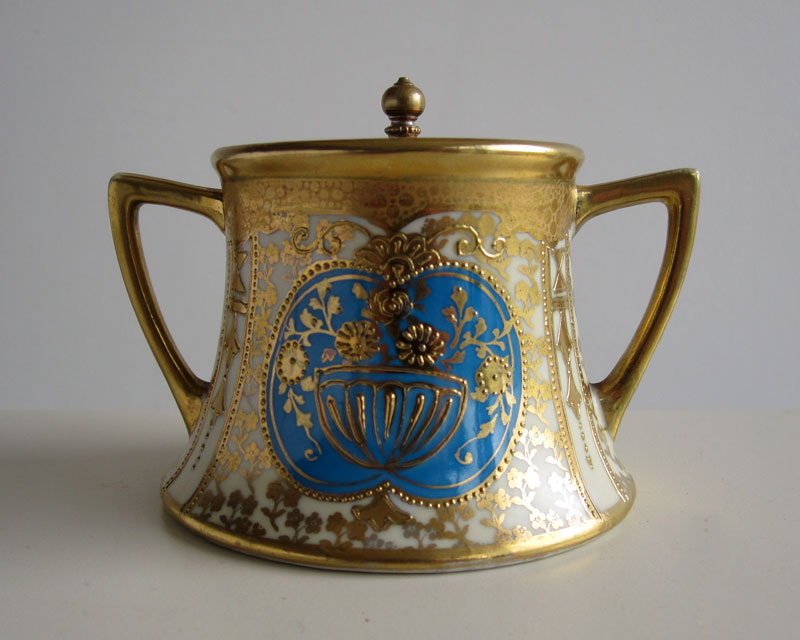 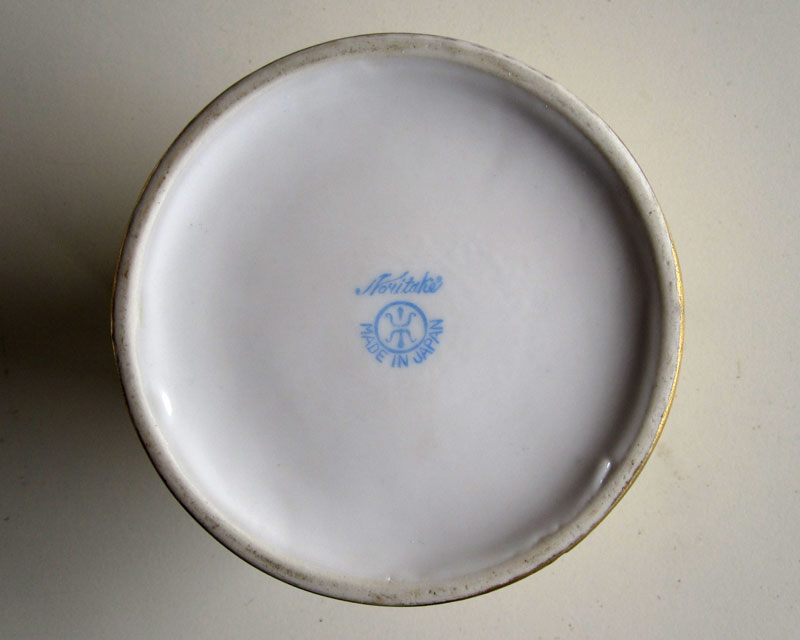 Re: Any Noritake experts here?

I will try to help you with your nice pot.

The first Japanese registry for a Noritake back stamp is reported as 1908 for use in Japan.

The mark in the centre inside the blue circle is the  "Komaru" symbol crowned with "Noritake" and below the mark "Made In Japan". The center symbol said to be taken from the Japanese character "Komaru", meaning "overcoming difficulties". According to the Noritake company tradition this mark was designed when meeting the different culture of the west early in the 20th century, it is also known as the "tree crest mark" which is the clan crest of the Morimura family. This mark is said to have been registered in London for the UK market around 1908. The fact that your pot made in Japan probably dates it to after 1921 because it was around this date the US ruled that 'Nippon' had to be changed into the by then usual Western name 'Japan'.
Notice the curled up ends of the Komaru symbol which distinguish this mark from more modern versions.