This 10cm high agateware mug has the words "Bell Pottery" incised on the base.

It certainly doesn't seem to be from the current Bell Pottery, who make spongeware, or the old Glasgow one. The most likely candidate seems to be the one in Warminster - apparently another of these mid-century craft potteries that started out as a sideline of a brickworks. According to the National Archive:

"The Warminster Brick and Tile Co. was based at Crockerton. In 1953 it became the Bell Pottery (Warminster) Ltd and moved to a site in Deverill Lane, Warminster. The company was wound up in 1988 but the business continued at 18 Smallbrook Lane, Warminster where Mr R Jones continued with a kiln in his garden until 1995."
http://discovery.nationalarchives.gov.uk/details/r/fe2400c2-0fc0-4e90-bf05-eefeb78d5040

Has anyone else seen marked work from this pottery? 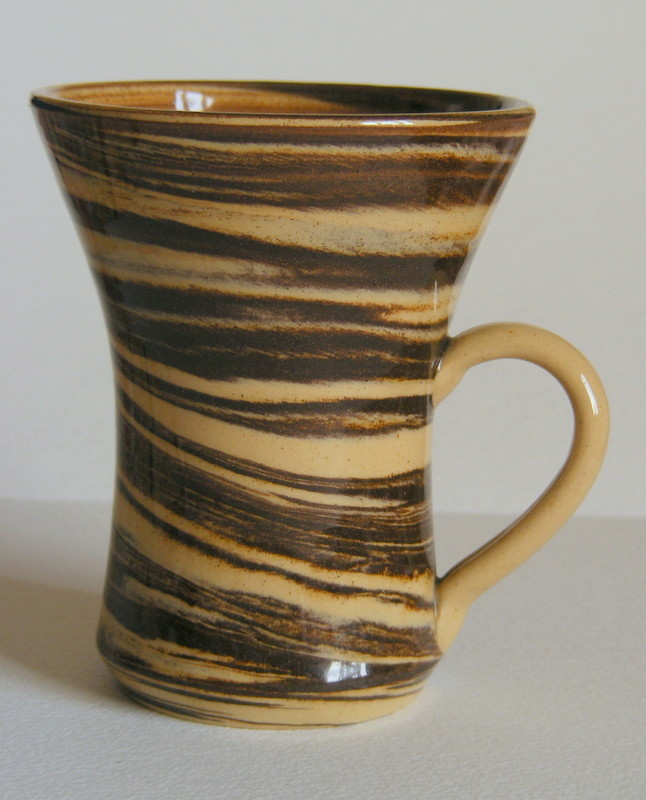 There's an interesting account of the Warminster brickworks here, which gives some more dates and names.
http://www.dannyhowell.net/2013/11/the-history-of-brick-making-in.html

I've only skimmed through the rather complex history of brick production in the area, but there's an interesting quote from a 1982 book:

"There was, however, one later link through the brickworks at Polebridge, for a Glastonbury potter worked there in a disused tile shed from 1946 to 1949 and his work is still [1982] continued by Maurice Hankey (son of the last brickworks owner) at the Bell Pottery in Warminster. "

The name of Maurice Hankey is interesting, because it seems to solve the mysery of a semi-legible mark on this agateware cream jug - in a style not entirely dissimilar to the Bell Pottery mug - which I now think must read "M. Hankey". 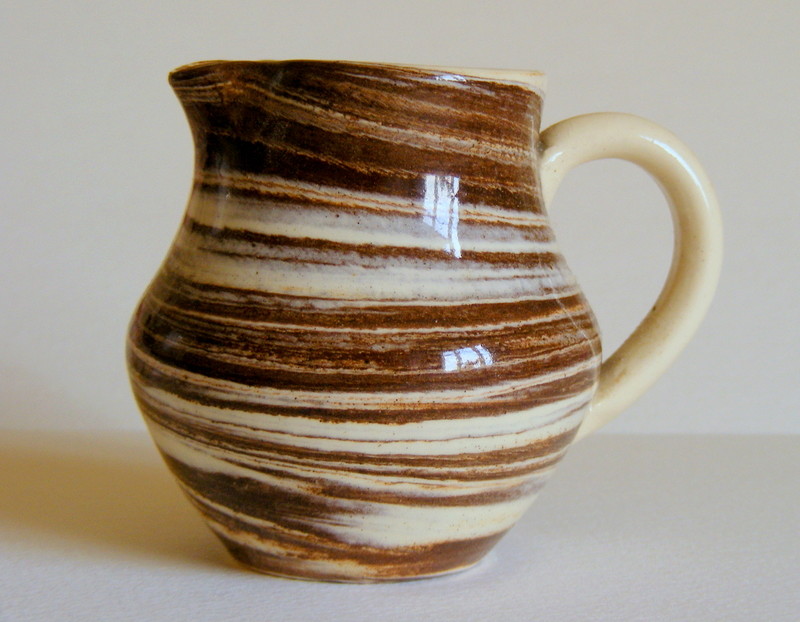 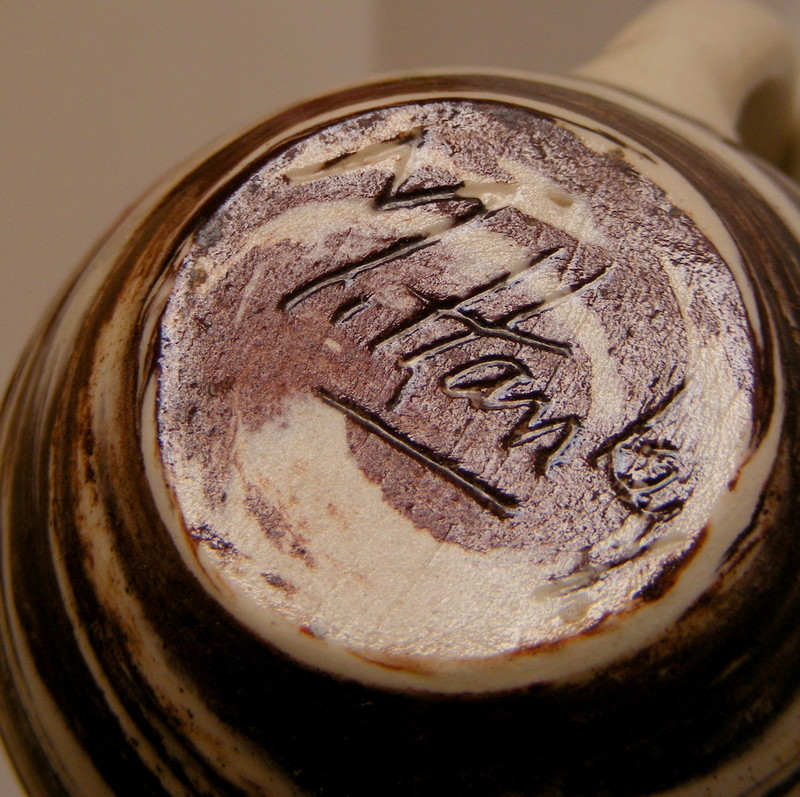 Interesting. Similar to agateware by Cheddar Gorge Pottery and Alton Towers. I wonder if there was any crossover.

Edited to add a piece signed Warminster Pottery. By the same hand that wrote Bell Pottery -

There are a few pieces in the Warminster museum (catalogued but not illustrated online), and this from 1973 in a facebook post. It's an angling trophy mug, with lettering incised (?) through a plain blue glaze to the white body.
https://www.facebook.com/groups/WarminsterMemories/permalink/423902481302683/