In production from 1955 to 1967. Founded by Anthony Richards, who afterwards set up the Penderleath Pottery. John Buchanan worked there from 1961 before setting up the Anchor Pottery. Info from:
http://www.studiopottery.com/cgi-bin/mp.cgi?item=309 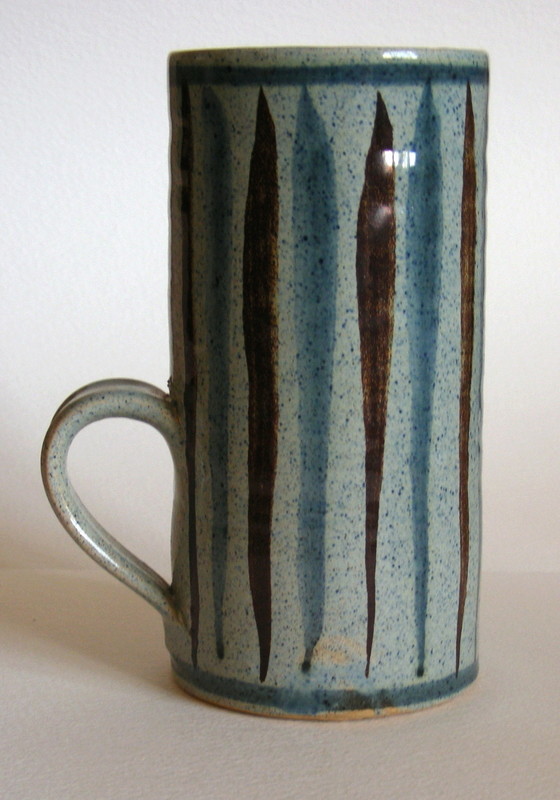 I don't have many sculptural or textured pieces but this is my most beloved, valued pot, despite being worth probably next to nothing for anybody else. It already means everything to me for a few reasons, even though its a very new purchase:

1. It was made by Anthony Richards or John Buchanan at Arch Pottery, Hicks Court in St Ives. My wife and I honeymooned at Hicks Court but didn't know until much later it was previously Arch Pottery. Knowing that, I had to buy something special created there. Now it's 'Our Pot'.
2. I've never seen anything else like this produced by Arch. Its so untypical in style to everything else I've seen made there.
3. It's brutalist, textured looks and feel bring me close to that rugged north Cornwall coast every time I look at it. 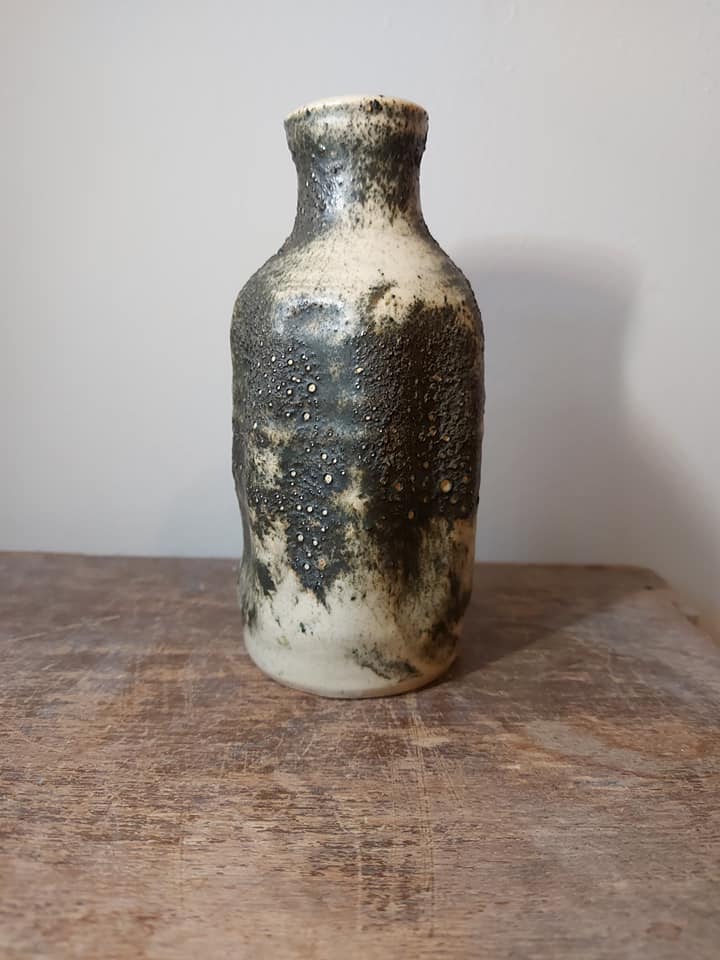 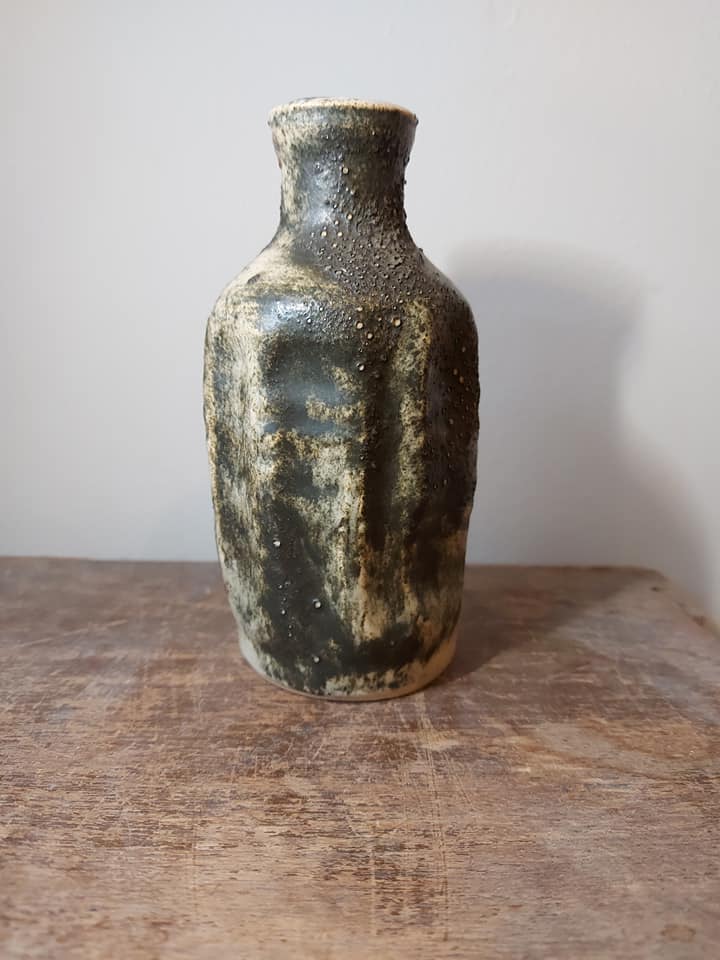 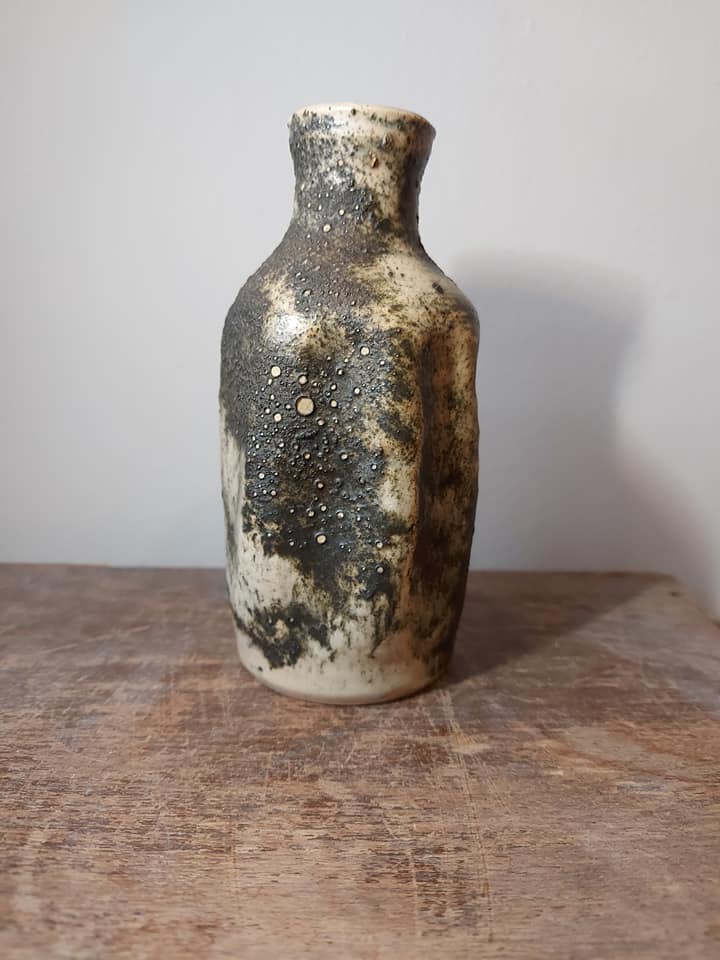 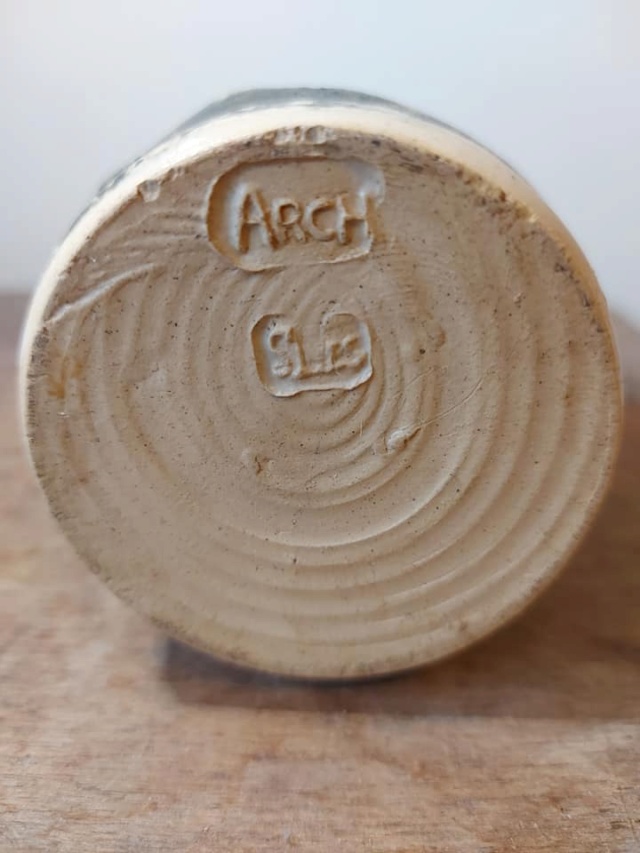 OK, So I contacted John Bedding about the above pot - as it just seemed so obscure for Arch. He sent me a nice and intriguing reply, which has now left me stumped for ideas:

"As for the pot that is a real mystery. It looks like stoneware with carbon markings in the glaze, which means it would have to have been fired in a wood, gas, or oil kiln. they only had electric kilns and only fired earthenware. So who and where it was made I have no idea, it has all the right markings; all I can say is that it was probably made at the Arch, and fired maybe at the Leach, but definitely not by me. You're right it is a special pot.

A very strange pot. Thank you for posting it