I was pretty confident these 11 and 9 cm tiles were Wallwork but a curt message from J Jansen has made me wonder. Love the little round one but looking at them with fresh eyes perhaps they are not, may even be Jersey pottery? 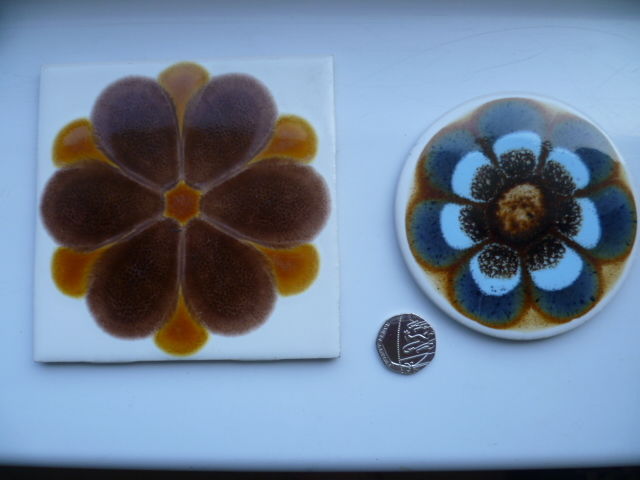 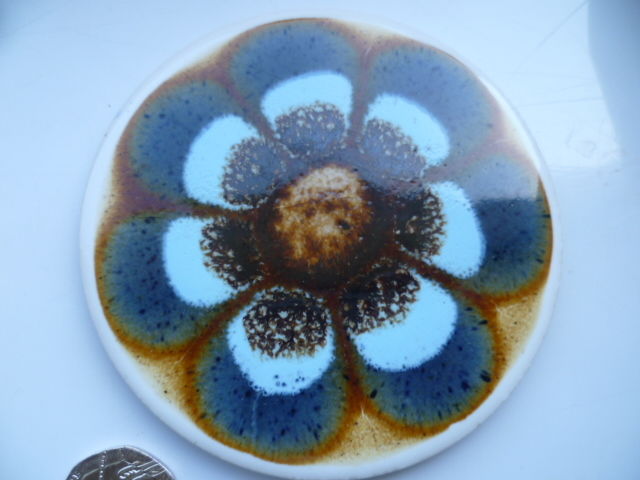 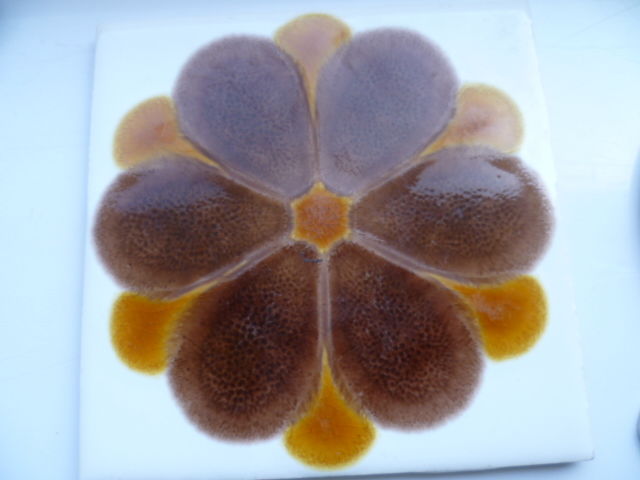 Did the self appointed 'expert' give any reason for his decision? Usually on Ebay mistakes and attributions are just plain barmily wrong. Can't say the same about these though. Seen a reasonable number of Alan Wallwork tiles(tho I don't collect them, but have a dozen or so of his pieces) and these look fairly kosher. But then, I'm no expert!

They have a website that was advocated for referencing tiles and told me I had personally upset Alan by listing the tiles as his when, in their self imposed opinion, they are not. Oddly I just pulled the sale and came here without any retaliation to the attitude of their message. Must be coming down with something 😷

I think if you work your way through the thread you will find they are right.
Alan Wallwork production.

Not so sure. please post exact size and reverse.

Blimey, if someone - anyone - becomes upset by a dubious attribution, I'd say that they have issues. At best it sounds a bit of a flounce but then I think that anyone who sells regularly on eBay will have experienced such people every so often.

I suspect the person is the same one who runs Wallwork's website.
Tbh they don't look right for Wallwork to me. May be Jersey instead.
_________________
Carrot cake is just fake cake

Thanks Naomi, twas my second thought as I noted, those dimensions are right guys. Backs as shown now. Cheers all 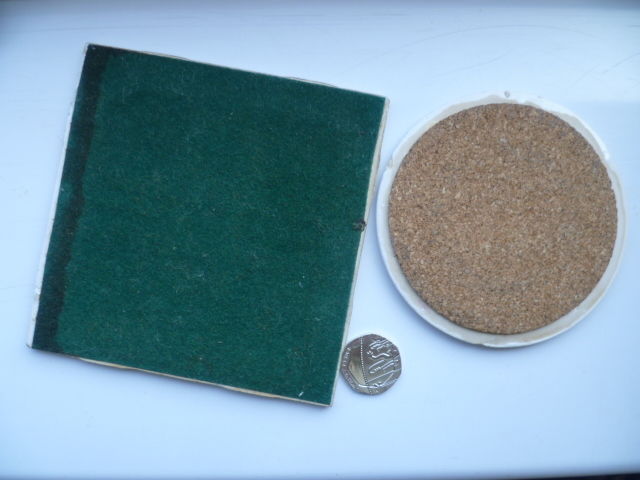 They don't look right to me, too simple and size is funny. I'm no expert but Joe is.

I think you need to remove those backings for a start RV.

The cork backing was most likely applied by the pottery. If it was Jersey Pottery there would have been an ink stamp on the cork, so I don't think removing it will help, or be possible.
_________________
Carrot cake is just fake cake

Agreed jersey are usually marked somewhere, moreoften on the front of the tile.

Soak it in meths, it will soon come off. Even hot water might do it.

philpot wrote:Did the self appointed 'expert' give any reason for his decision? Usually on Ebay mistakes and attributions are just plain barmily wrong. Can't say the same about these though. Seen a reasonable number of Alan Wallwork tiles(tho I don't collect them, but have a dozen or so of his pieces) and these look fairly kosher. But then, I'm no expert!

I have only seen these today but Joe had mentioned them when I saw him a few weeks ago. Joe (J Jansen) was only the messenger in this affair and the self appointed "expert" was Alan Wallwork.

All of Alan's tiles were done on factory blanks that were bought in and are often Johnson or Pilkington manufacture, so the size isn't going to prove anything.

From what Joe told me it would appear that back in the day someone had asked Alan if they could make similar tiles to him and he had said fine. Many of Alan's tiles had an ink stamp that varied over time but often this was forgotten or faded over the years.

Like Joe, if I had seen these anywhere I would have felt confident that they had been made at one of Alan's potteries but it appears not.
_________________
Now you should know by now that Potty and I need to see your bottom - we're funny that way!

Hmmm this throws into doubt a lot of attributions of tiles.

It probably does but the reality is that Alan had little to do with the tiles other than come up with the designs, so they are really more Wallwork Pottery items than by the man himself.

See I often wondered why you had such amazing AW pieces like my recent Poppy Head and Wedge vases and then the table top, cheese board stye tiles at the same time. I had assumed some were for love and then the tiles were for sale as backing funds. Some of the tiles do have a lot of charm so don't get me wrong if you enjoy collecting them but it was just such a strange situation.