Hi there,
I've recently started collecting various Rooke/Wallwork pieces. I recently acquired this hand done lamp base, I have seen a Rooke version very similar to this but those look more basic, maybe from a mould? There are elements about it that strike me as more Wallwork like, (shapes, colours, textures). Any help or information you can give to put a positive identification would be greatly appreciated. 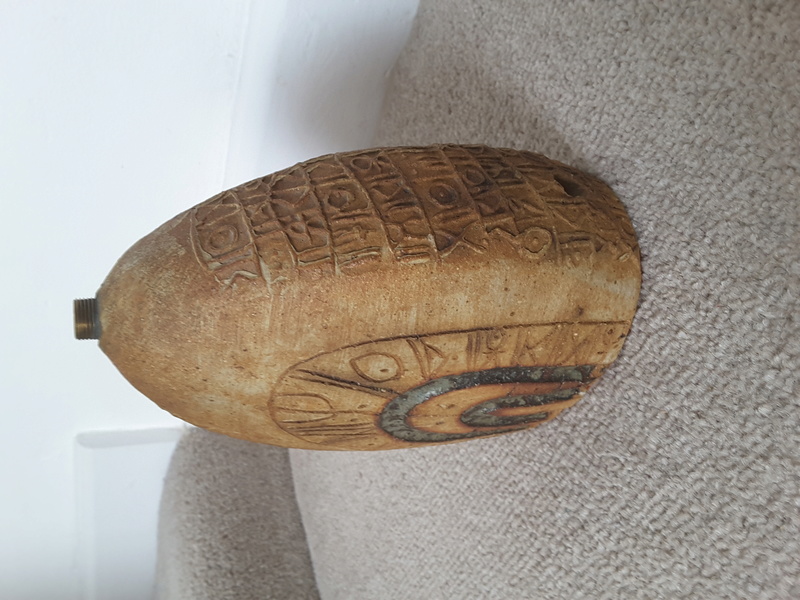 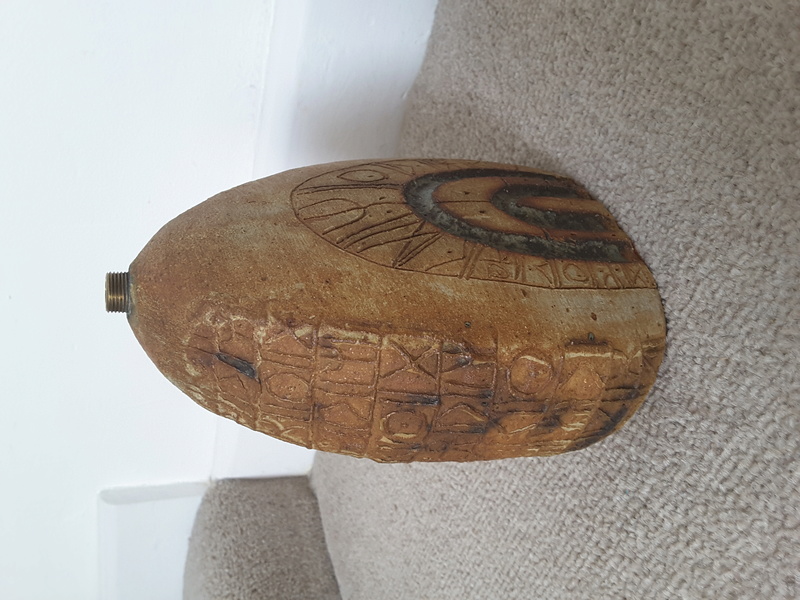 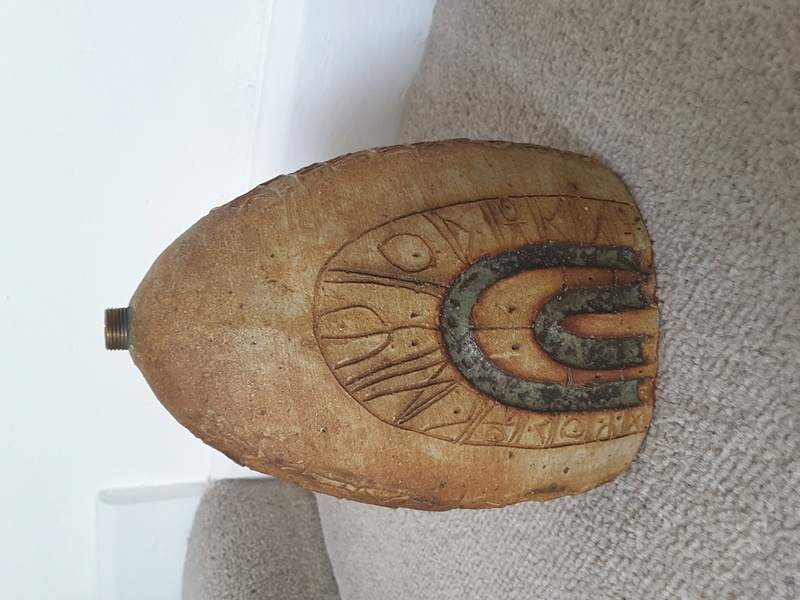 I would check the decoration on the sides against examples in the Rooke and Wallwork threads to see if you get a match
_________________
"Changing your mind when you know what’s happening and you don’t like it. That’s what democracy is all about"

Could be either Rooke or Wallwork because at one point they shared a studio and some moulds. Base photo important because even if it's not signed, Wallwork pieces often have a concave base
_________________
Just my personal opinion, take it or leave it.

Thanks for that tip Base is flat with a red felt cover.

Did originally, but no obvious mark

I would tend to for Alan Wallwork from the 70's in Dorset when he employed several other people. This work just has an inscribed capital W, which is often quite feint to read.
Lamp bases/lamps tended to be produced when potters had did production work. They had a much wider commercial audience than other pottery items ie furniture shops etc.
Bernard Rooke also moved out of London in the early 70's tp a pottery near Ipswich. His sons started working with him,and their production was quite substantial. Lots of runic symbols work,press moulded applied flowers, animals,etc. Lots of Lamp bases as well. But the work was decidedly kitsch, with nothing like this decoration.
If you are collecting Rooke's work,she want to look for the early work made in Lomdon, which is rather very good. The Suffolk work is mostly just too commercial for most studio collector's tastes. But his very big lamp bases are now much sought after by the designer interiors market, and have increased substantially in price.

You mention faint W, on the inner rim of the base I can make out what looks like a W, but is incredibly faint, zoom in and its gone. See what you think,
Roughly in the middle of picture. 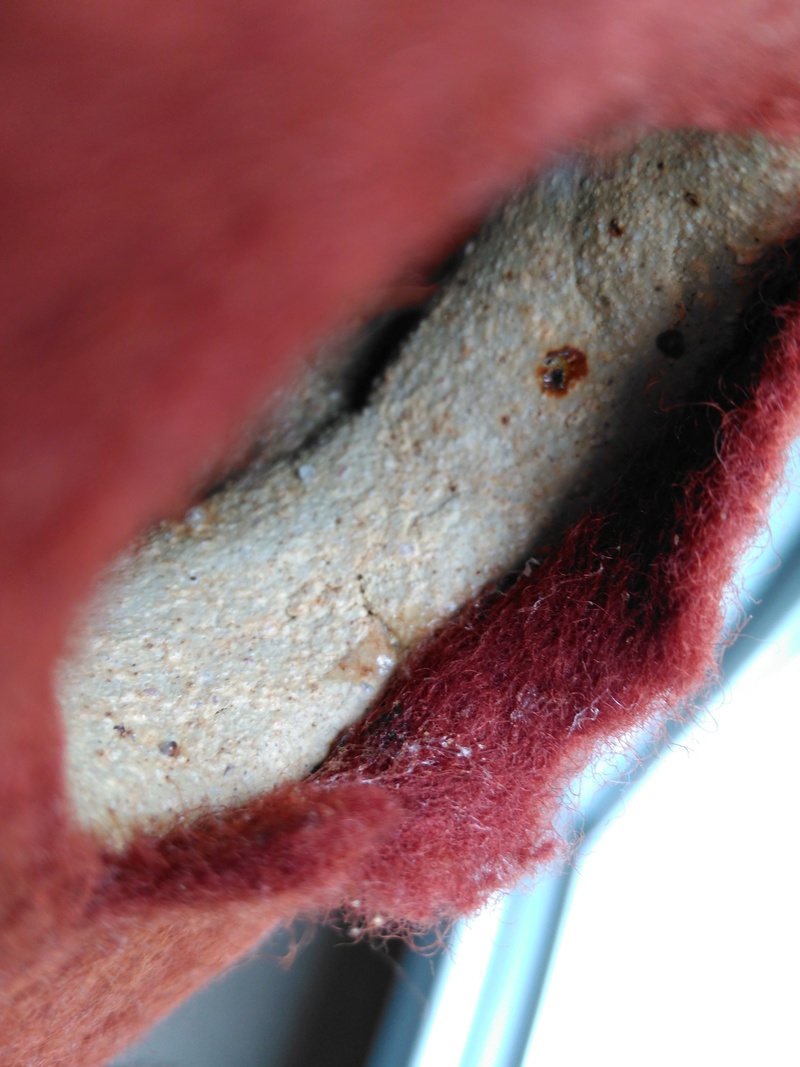 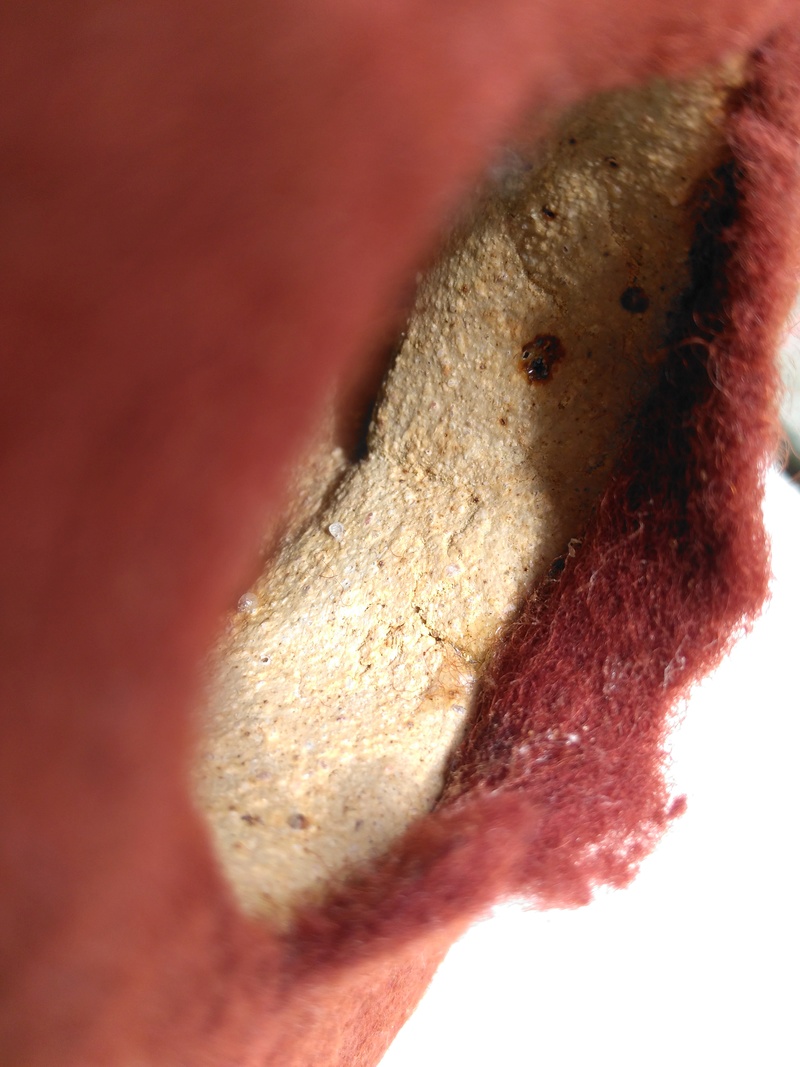 You could drop and email Joe - check out the examples also.

Thanks for that I'll give that a go

Thanks for all the advice, like others here I'm not the biggest fan of the Rooke more kitsch pottery, this bowl was my first purchase and got me started. 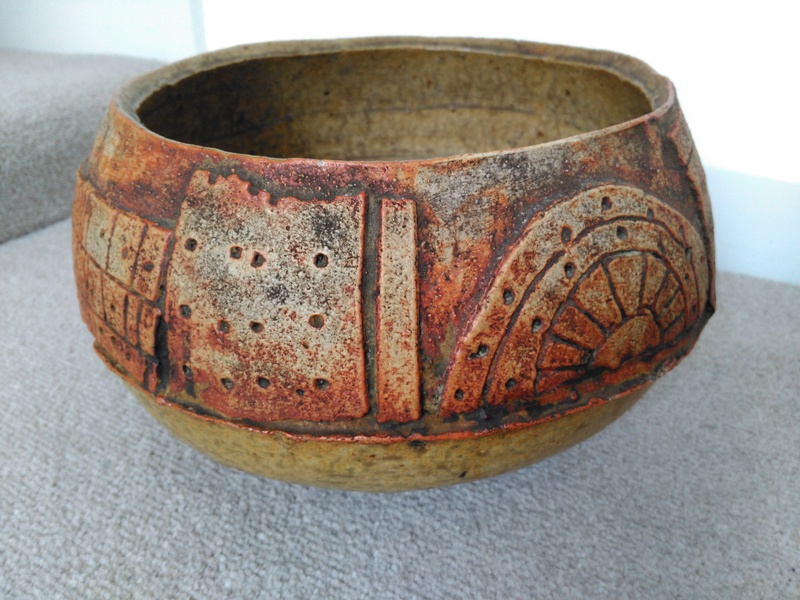 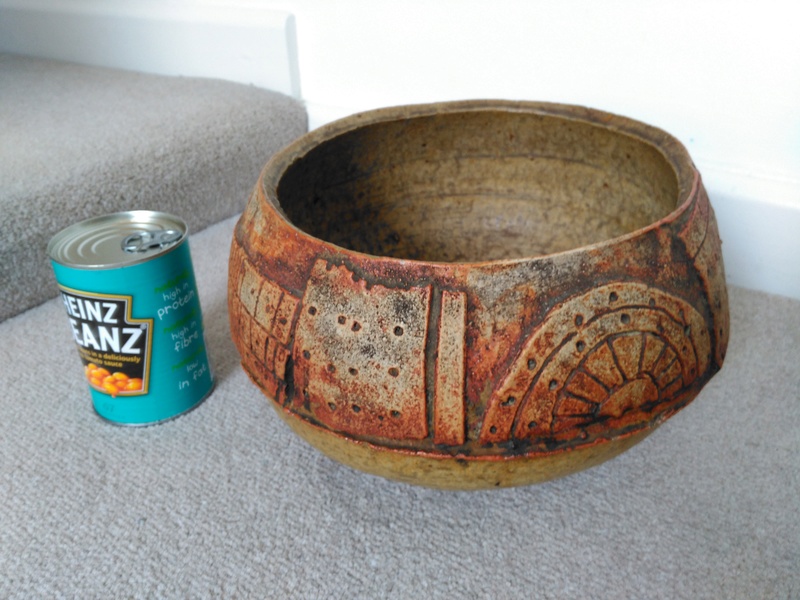 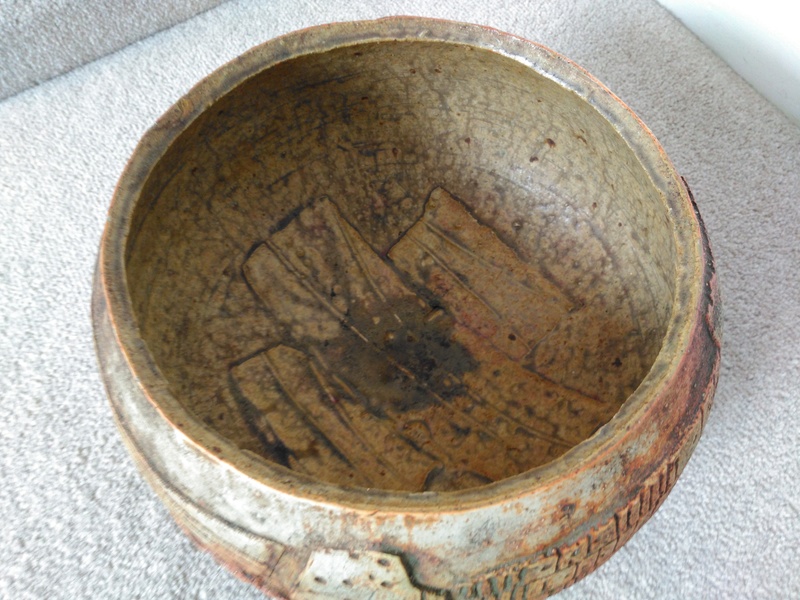 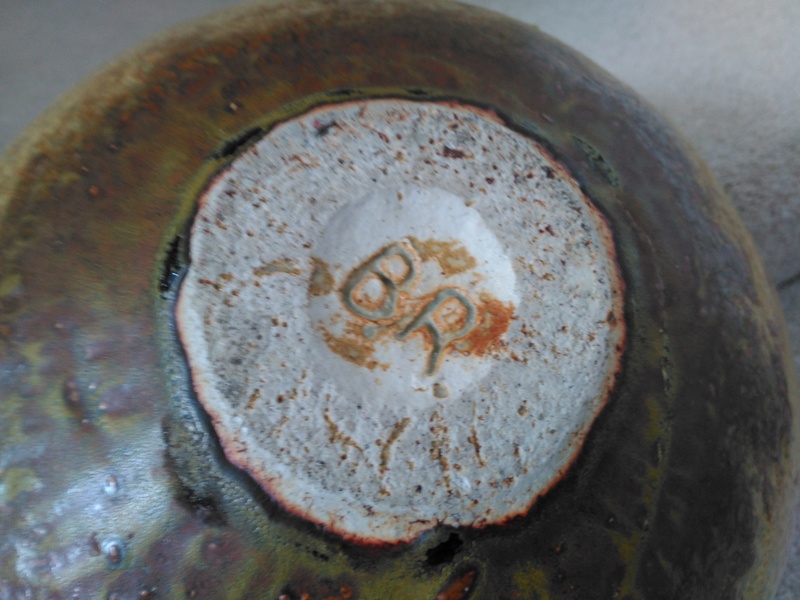